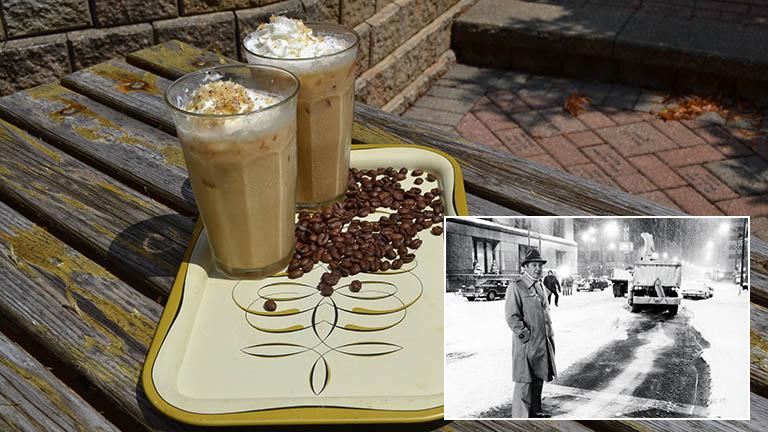 Michael Bilandic and the cocktail he inspired.

One-term Mayor Michael Bilandic’s downfall in 1979 has become a cautionary tale to future would-be mayors of Chicago: Always make sure the snow gets plowed. 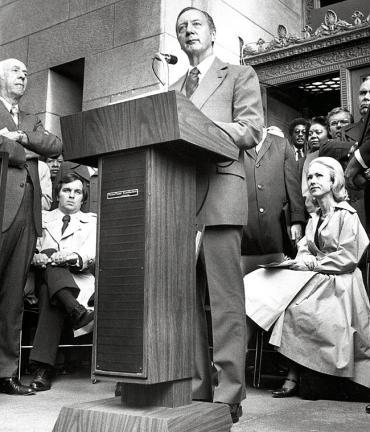 Michael Bilandic Bilandic was born in Chicago’s Back of the Yards neighborhood to Croatian immigrants. Like four other Chicago mayors, he attended De La Salle High School in Bridgeport and went on to get his law degree. In Bridgeport, he became friendly with ward officials and made his way up through the ranks of the Democratic machine, eventually winning an alderman’s seat in 1969. He rose to become the chair of the powerful finance committee, a spot considered by many to be second only to Hizzoner Mayor Daley himself.

But Bilandic was not what you’d call a colorful man. In fact, some went so far as to call him bland. He was precise and ordered, with a somewhat detached affect. Though he pulled down a significant salary as a lawyer and alderman, Bilandic lived at home with his mother until he married Chicago socialite Heather Morgan. In other words, this was not the go-to guy for political drama.

Still, if you’re in Chicago politics long enough, political drama will come to you. When Mayor Daley died suddenly in 1976, African-American South Sider and president pro-tempore of the City Council Wilson Frost assumed that meant he was Chicago’s new mayor. But this was 1976, and Frost was black. A sizable block of City Council conspired to lock Frost out of the mayor’s offices (literally!) and crowned Bilandic Daley’s successor with the stipulation that he would not run in the special election for mayor to serve out the rest of Daley’s term. Bilandic agreed to the stipulation – but changed his mind, ran anyway and won handily. Among his accomplishments were the creating of the popular ChicagoFest, grandfather to Chicago’s heralded summer festivals, and bringing the Chicago Marathon to the city.

Still, it quickly became apparent that Daley’s iron-fist reign was a tough act to follow, and Bilandic’s fists were decidedly non-ferrous. Bilandic’s brief term was marred with a gravediggers’ strike, a strike at the Lyric Opera and rumblings from the butchers’ union. While Bilandic managed to contain those threats, he was seen as vulnerable to a challenge in the next election. 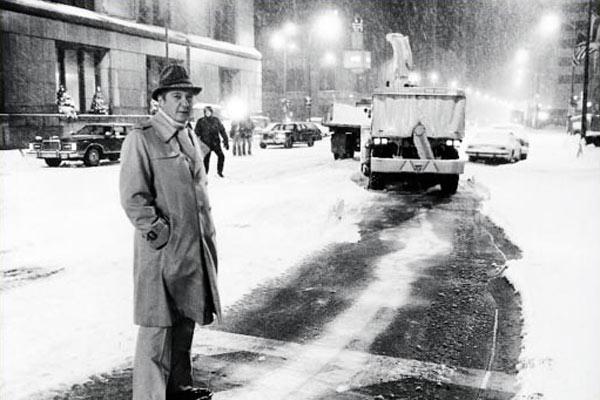 The January 1979 blizzard is seen as costing Michael Bilandic his bid for re-election.

The final blow came in the form of snow – and lots of it. In January of 1979, the city ground to a halt when a one-two punch of snowstorms blanketed the streets and shut down public transportation. Bilandic’s limp response to the blizzard infuriated the city that works (but couldn’t get to work) and a joke caught fire around town: “If Mayor Daley was alive, this never would’ve happened.” “If Mayor Bilandic was alive, it wouldn’t have either.”

Bilandic never recovered, and he narrowly lost when he faced Jane Byrne in the 1979 Democratic primaries. He went on to serve on the Illinois Appellate Court and Illinois Supreme Court until 2000. Bilandic died in 2002 at age 78.

Bilandic’s Croatian background gives the cocktail its base –coffee, of which the Croats are very fond – and his chilly defeat gives the cocktail its style – iced. We warm it up with cognac, and walnut and chocolate bitters, and smooth it out with cream. The result is a cool coffee cocktail that’ll wake up even the most boring mayoral candidate. Cheers!

Shake coffee, cognac, sugar, bitters and heavy cream in cocktail shaker with ice. Strain into tall glass. Top with whipped cream and ground walnuts – and just like Bilandic did – leave out the salt.