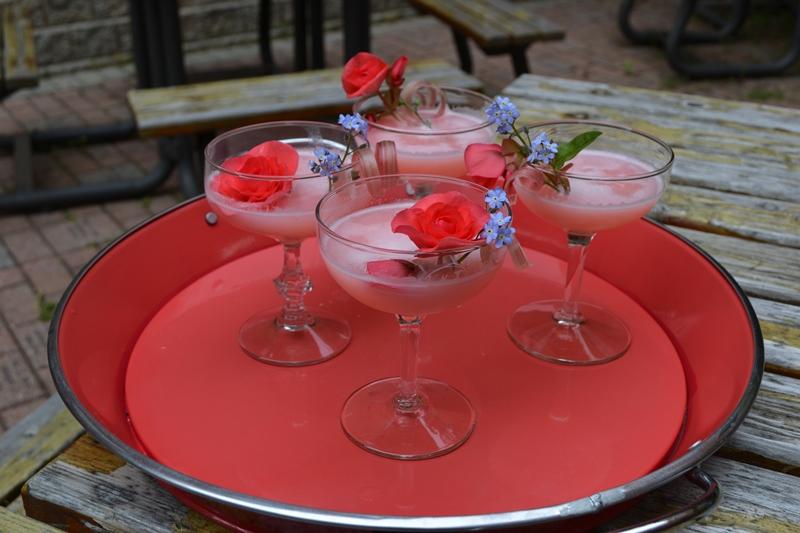 Last week, we introduced you to the Hinky Drink. For our second installment, we’re saying “cheers” with the Lord of the Levee drink, inspired by Aldermen “Bathhouse” John Coughlin and Michael “Hinky Dink” Kenna. 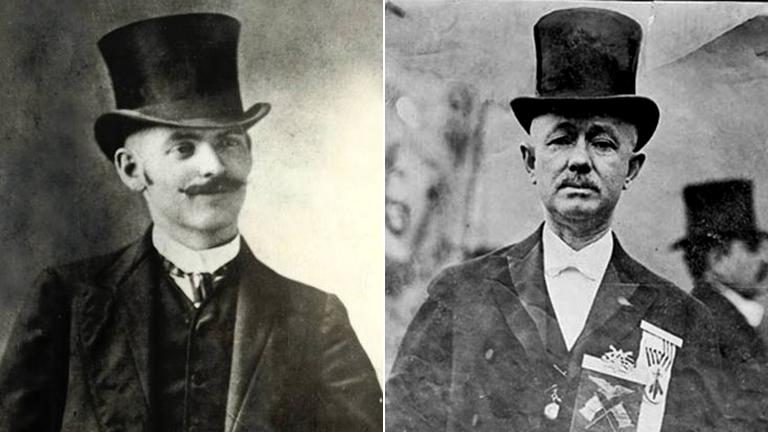 "Bathhouse" John Coughlin, left, and Michael "Hinky Dink" Kenna Aldermen “Bathhouse” John Coughlin and Michael “Hinky Dink” Kenna were the original Odd Couple. Where Hinky Dink was small and quiet, everything about Bathhouse was big (well, perhaps except his intellect). He was a beefy, boisterous, flamboyant man who adored the limelight and was the life of every party. Together, they were the “Lords of the Levee,” ruling over the city’s red-light district of brothels, saloons and the occasional legitimate business.

Bathhouse began working at age 11 in – surprise! – a bathhouse giving rubdowns. Six years later, he bought his own bathhouse and the name stuck. He later bought more bathhouses and a tavern, and in 1892 was elected alderman of the 1st Ward serving alongside Hinky Dink. The same year, Mayor Carter Harrison chose the lively Coughlin to be part of the reception committee for the Columbian Exposition. A few years later, Coughlin reportedly led the inaugural First Ward Ball’s grand march wearing a green suit, pink vest and gloves, yellow pumps and a silken top hat.

But Bathhouse was not just a drunk and a dandy – he also had a side gig as a poet, composing such willowy ballads as “Ode to a Bowl of Soup” and “Why Did They Build Lake Michigan So Wide?”

We tip our top hat to the Levee district by starting with a healthy dose of gin. Bright lime and rhubarb pay homage to Coughlin’s fashion sense; egg white provides a silken touch; and a dash of old-fashioned Angostura gives it 1st Ward spice. Offer the Lord of the Levee in a curvy coupe with an extravagant corsage of edible flowers and rhubarb ribbon.

That’s a cocktail to lead a grand march with. Cheers! 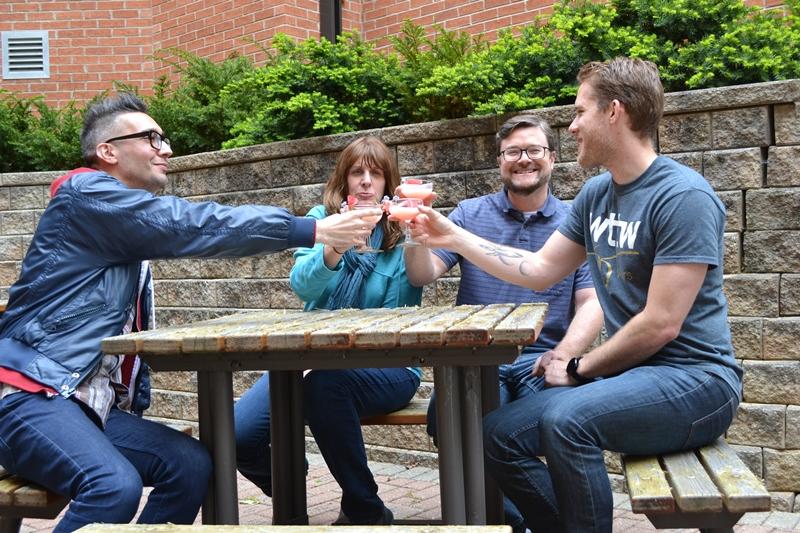 LORD OF THE LEVEE

Shake the first four ingredients together in a cocktail shaker, add ice, and shake again. Strain into coupe glass. Garnish with a dash of Angostura bitters and a flowery flourish to make Bathhouse proud.