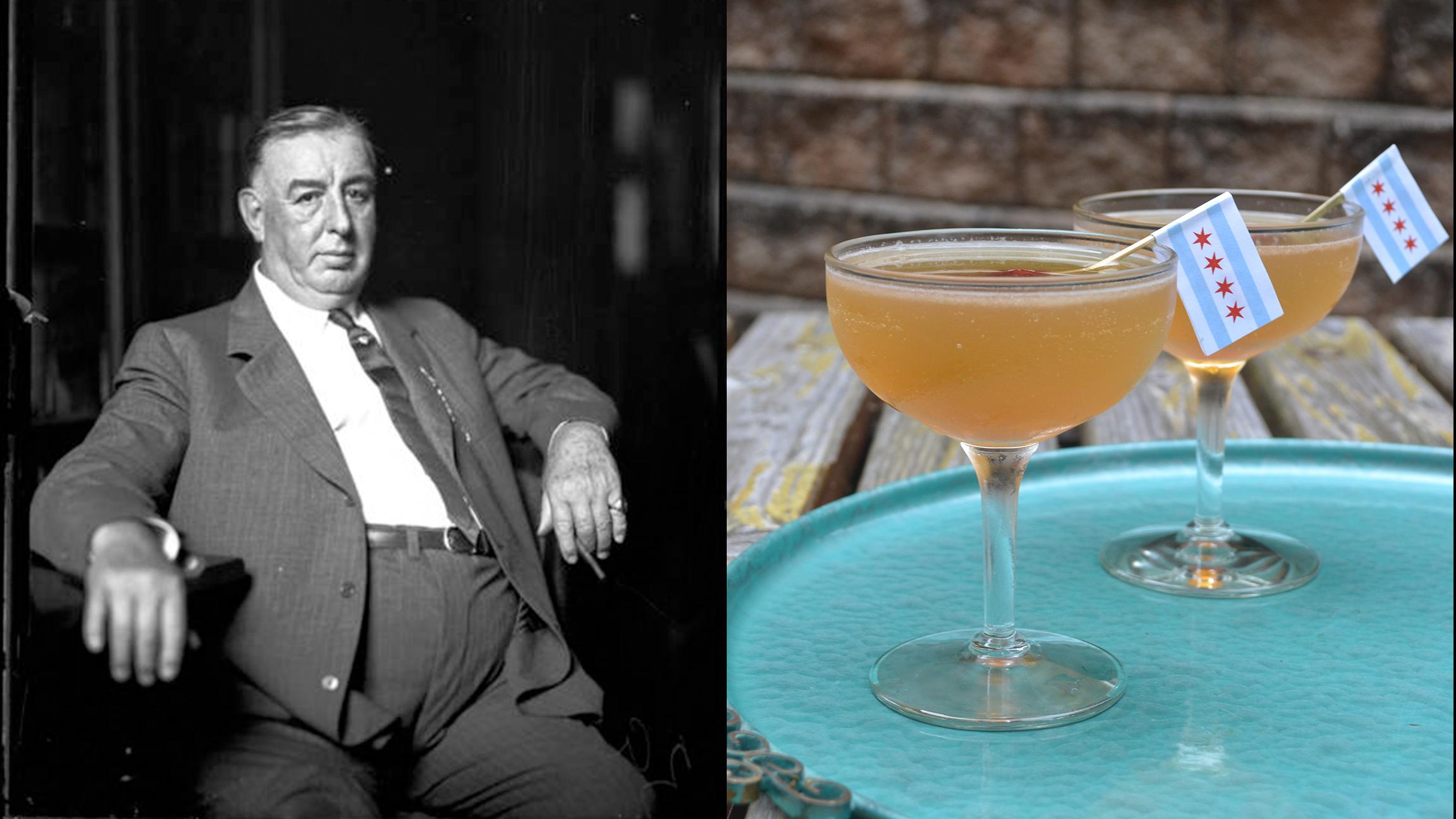 William Hale “Big Bill” Thompson and the cocktail he inspired us to make.

William Hale “Big Bill” Thompson was arguably the most corrupt politician Chicago has ever seen. That’s a pretty big claim given Chicago’s history of double-dealing public servants, and it’s true that much of Thompson’s corruption was of the patronage-and-mismanagement type Chicagoans often shrug off. But Big Bill took it a step further when he was bought off by Chicago’s most notorious criminal.

Thompson was born into privilege in Boston in 1869, but his family moved to Chicago when he was just days old. Thompson's maternal grandfather, Stephen F. Gale, was one of the signatories to the city's original 1837 charter of incorporation. His father, Col. William H. Thompson, Sr., became one of the city's major rebuilders after the Great Fire, making Big Bill the scion of a real estate empire.

The junior Thompson skipped college, choosing instead to spend his youth as a rancher in the Southwest. When he returned to Chicago in 1892 to take over his father’s real estate business, Thompson didn’t leave the West behind. Throughout his life he maintained a wild-cowboy persona, sporting a broad-brimmed hat and quick with big boasts. 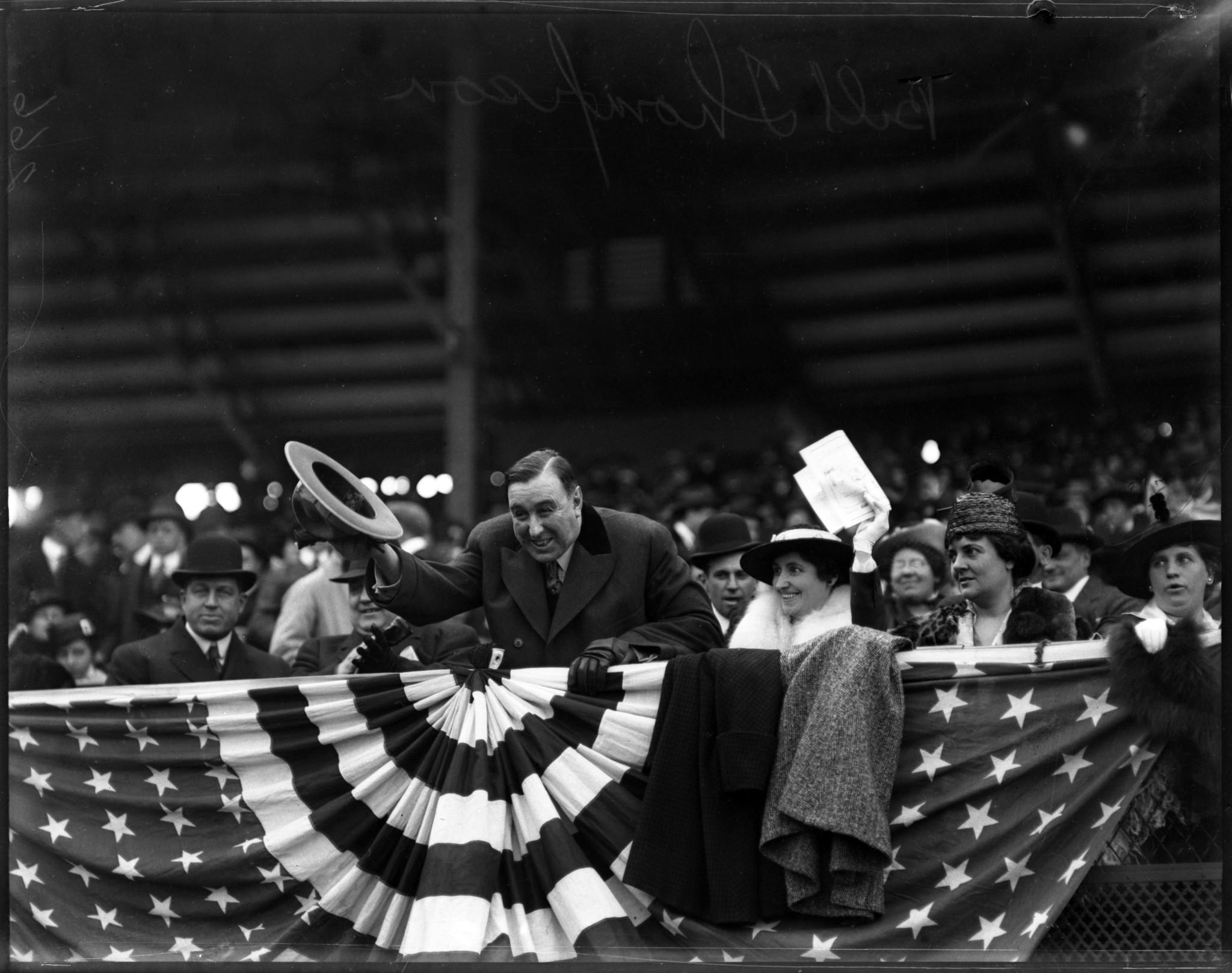 In 1915, his big talk got him elected to the mayor’s office; he was re-elected four years later. During World War I, he was vocally opposed to the English – so much so that he promised publicly to “crack King George in the snoot” if he ever came to Chicago. (Can you imagine that sort of bloviating from a politician in the modern age? Unthinkable!)  His anti-British stance endeared him to many immigrant Chicagoans, but after his campaign manager became mixed up in a shakedown scandal too big to brush off, Thompson found himself on the outs with the city and briefly returned to private life.

A few years later, Big Bill turned back up like a bad penny. He ran for a third term in 1927, smack-dab in the heart of the Prohibition era. For this campaign, Thompson pulled out the big guns. One of his stunts was carrying two rats with him named for his opponents – he’d even engage in debates with them. Another, more menacing move was aligning himself with none other than Al Capone, who kept the Thompson campaign flush with cash in exchange for protection from the feds during his term as mayor. Once Big Bill was elected, he even appointed one of Capone’s men to a city position so Capone could keep track of events at City Hall. 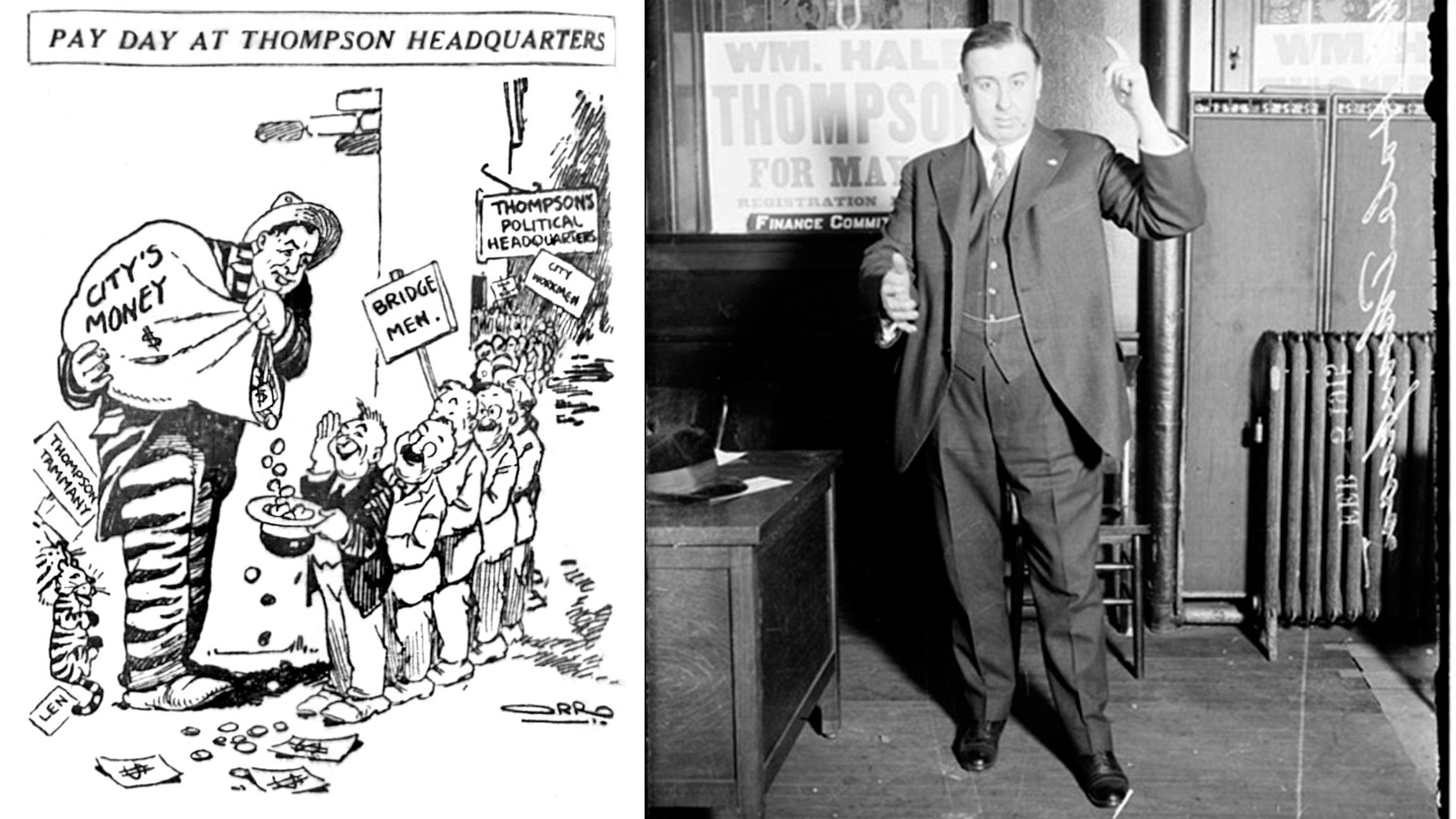 By the 1931 campaign, Chicagoans had had enough of Big Bill’s bluster and dirty dealings. The immigrants who once loved him turned on him when he mocked opponent Anton Cermak’s Bohemian origins and put Thompson out of office for good.

After his defeat, Thompson slunk away to a reclusive life in hotel suites, where he died in 1944. But even in death, Big Bill made big headlines when his safe deposit boxes were discovered, stuffed with $2 million in cash and securities. Capone might not have paid his taxes, but he definitely paid his Big Bill.

For the Crooked Cowboy, we look back to Thompson’s Massachusetts roots and make a cooler out of the classic Boston cocktail, the Ward 8 (which has its own interesting history, by the way, and was traditionally garnished with a tiny Massachusetts flag). Instead of the Ward 8’s rye, we use frontier bourbon to tip our Stetson to Thompson’s Western ways, and we use grapefruit juice for some Big Bill bitterness. It’s topped off with a taste of Chicago – Left Hand Brewing’s Juju ginger ale – making the Crooked Cowboy a tasty tipple named for a terrible man. Cheers!

Shake the bourbon, grapefruit juice and maple syrup with ice in a shaker, then strain into a chilled cocktail glass. Top with ginger beer. Garnish with a cherry – and don’t forget to fly that tiny Chicago flag!