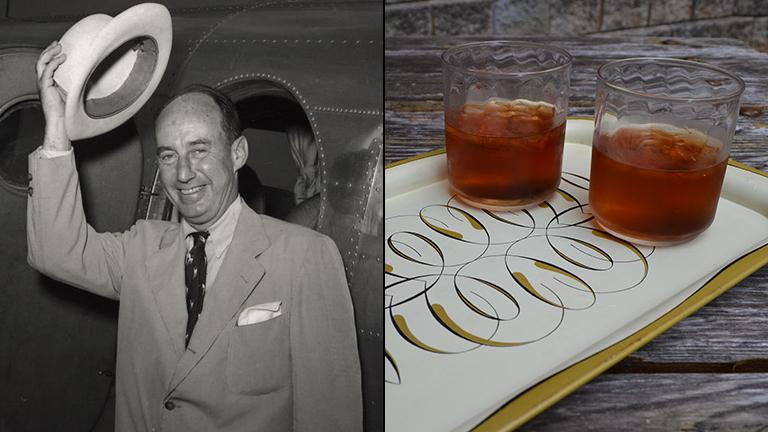 Belly up to the bar and get a little taste of Chicago’s spirited history. More from this series: Pushcart Tony; Swing Bridge; New Deal, Old Deal; Blood Sport; Kentucky Colony; How's Harold?; The Man on Five; The Hinky Drink; Lord of the Levee and Mayor Bossy.

It’s never been easy or popular in America to be an egghead. Just ask Adlai Stevenson, who once remarked, “Via ovicapitum dura est” – Latin for, “the way of the egghead is hard.” 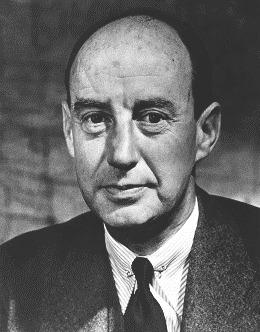 Adlai Ewing Stevenson II was born in Los Angeles, California, in 1900. His family moved to Bloomington, Illinois, six years later – and it was quite a family. Stevenson was the namesake of his grandfather, who served as U.S. vice president under President Grover Cleveland. His father was a Hearst newspapers executive; his mother, a fourth-generation Illinoisan and descendant of the first person to nominate Abraham Lincoln for the presidency. Stevenson’s education was equally impressive – degrees from Princeton and the Northwestern School of Law, whereupon he moved to Chicago to practice law. He went on to serve as secretary of the Navy, governor of Illinois, and U.S. ambassador to the United Nations. On a national stage, he is best remembered for his unsuccessful bids as the Democratic nominee for U.S. president in 1952 and 1956.

As one might expect of a man of his patrician pedigree, Stevenson was erudite, refined and incredibly elegant in his speech. It was these qualities that led his rival Dwight D. Eisenhower’s running mate Richard Nixon to label Stevenson an “egghead,” a term meant to imply that not only was Stevenson a nose-in-a-book nerd, but also out of touch with the common man – what modern politicos might call an “ivory-tower liberal.” (It might’ve also been a knock on Stevenson’s smooth pate, which it could fairly be said resembled a speckled hen’s egg.) What Stevenson’s backers saw as brilliant rhetoric was seen by his detractors as simply talking over people’s heads.

Ironically, the biggest crack in Stevenson’s egghead polish was in his shoes. A 1952 photo of him revealed a hole in the sole of his shoe – a charming, if perplexing, indicator of homely frugality to some, an elitist affect of the “Boston cracked shoe” variety to others. This quirk was seized upon by the Eisenhower campaign, which turned out buttons featuring a picture of a holey shoe sole and the slogan, “Don’t Let This Happen to You! Vote for Ike!” Democratic voters got a kick out of Stevenson’s retort: “Better a hole in the shoe than a hole in the head.” Pretty soon, Stevenson’s worn-out shoe sole became a trademark of his campaign, even turning up cast into silver lapel pins. 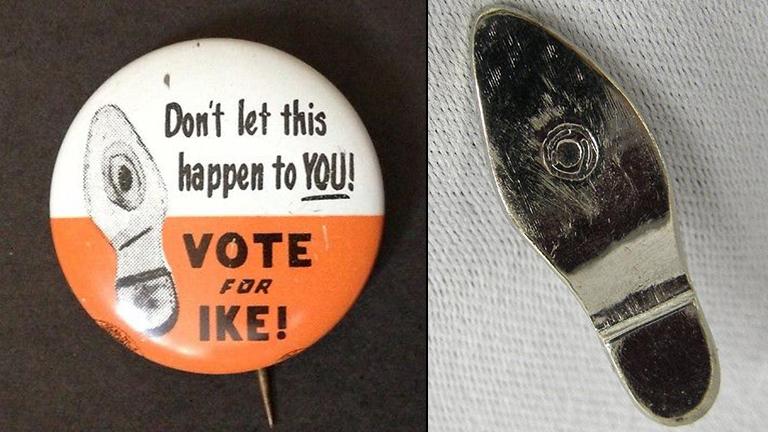 But five-dollar words weren’t enough to beat a five-star general, and the presidency eluded Stevenson in 1952. In 1956, he was soundly drubbed by Ike for a second time. Though he mounted a late bid for the nomination in 1960, John F. Kennedy ultimately got the party’s nod, and Stevenson was active in getting JFK elected. In 1960, Stevenson was appointed chief ambassador to the United Nations, a position which he would hold until his death in 1965.

Interestingly, Stevenson’s shoes weren’t the last beat-up pair in Illinois politics. In 2008, another Illinois presidential hopeful named Barack Obama was photographed with his feet propped up on a desk, revealing worn-out shoe soles. Even though a rival advisor said that Obama couldn’t “win with just the eggheads and the African-Americans,” as we know now, his story ended a bit differently than Stevenson’s.

For a drink befitting Stevenson’s balance and brainpower, we create the Old Shoe from equal parts of classic spirits – Old Tom gin, vermouth and applejack (a pedigreed spirit made by Laird’s, America’s first commercial distillery). Serve it with a few dashes of Peychaud’s bitters and only the wittiest of repartee. Cheers!

While coming up with something clever and incisive to say, thoughtfully stir ingredients over ice in a rocks glass.