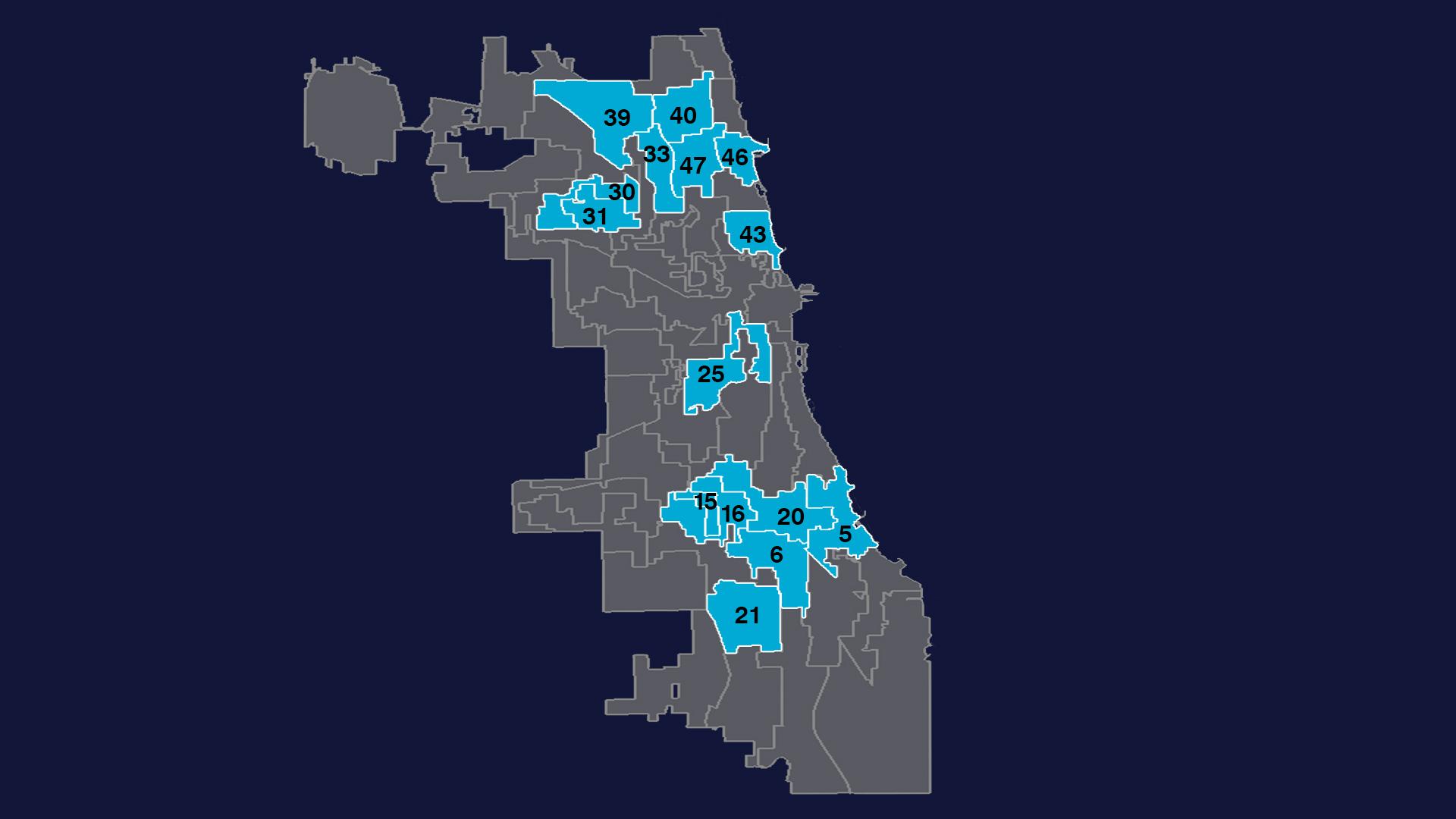 In 15 wards across the city, voters cast ballots for aldermen in Chicago’s runoff election Tuesday. And in nearly a dozen of those races, incumbents fought for their political lives while a handful of newcomers battled for four vacant City Council seats.

Perhaps the most surprising incumbent upset was in the 40th Ward, where longtime Ald. Patrick O’Connor – Mayor Rahm Emanuel’s floor leader and chairman of the City Council’s powerful Finance Committee – was unseated by AT&T manager and former rapper Andre Vasquez, a democratic socialist.

Of the 11 incumbent aldermen, three have so far been unseated – Alds. Toni Foulkes, Milly Santiago and O’Connor – while five have held onto their seats – Alds. Roderick Sawyer, Raymond Lopez, Howard Brookins, Ariel Reboyras and Michele Smith.

In three wards, results are too close to call: the 5th Ward, 33rd Ward and 46th Ward.

Two seats were left vacant by aldermen immersed in legal trouble. In the 20th Ward, Ald. Willie Cochran effectively resigned after pleading guilty to federal corruption charges last month. In the 25th Ward, Ald. Danny Solis, who announced in November that he wouldn’t seek re-election, has been out of the public eye since being named in a federal criminal complaint.

5th Ward – too close to call: Ald. Leslie Hairston holds a slight lead over community organizer William Calloway, with 50.57 percent of the vote to Calloway’s 49.43 percent.

25th Ward: Byron Sigcho-Lopez defeats Alexander “Alex” Acevedo for the open 25th Ward seat, where retiring Ald. Danny Solis has essentially been missing in action since it was revealed he wore a wire on Ald. Ed Burke and had been the subject of corruption allegations himself.

Voter Turnout for Historic Runoff on Pace With February Election