Hold your breath—there is a budget proposal in Springfield. This one comes from House Democrats. But it’s quickly being condemned by Gov. Bruce Rauner and Republicans as "the phoniest of phony budgets" they've ever seen, with Rauner indicating he will veto it.

This comes after a Wednesday morning meeting between Rauner, House Speaker Michael Madigan and other legislative leaders and as the clock ticks on with less than a week to go in the legislative session.

Springfield reporter Amanda Vinicky said the proposal is "basically a mirror of what Democrats passed and sent to the governor last year – and that he vetoed – with a couple of exceptions, primarily that it sends a whole lot more money to schools."

The proposal, however, did not include the millions of dollars being spent by the state because of court decree, Vinicky said. "So all of that social services spending: not part of this package," she said.

Republicans say the budget proposal is $7 million out of whack. "They also say that because this is a 500-page bill that they have not yet had time to fully look through and analyze it, that that's the estimate they are giving," Vinicky said.

Republicans were quick to slam the proposal.

“[Madigan] confirmed that they intend to pass a budget that allows much of the state to be funded by court orders and consent decrees, leading to a budget that will be $7 billion out of balance,” Senate Minority Leader Christine Radogno said. “My sense is they have absolutely no interest in trying to save the state from going off the deep end. But I’ll tell you, every single rank-and-file Democrat who follows the speaker is on notice that they are a party to this.”

Vinicky said that some Democrats are saying they're not sure they're on board with the proposal; that they want to continue bipartisan talks and "don't want to throw in the towel."

Meanwhile, several working groups are trying to come to a compromise on some of the items in the governor's so-called turnaround agenda. "Thus far, no word of any true compromise coming out of them. Just perhaps a little bit of headway and what [Madigan] says is education for the people that are participating," Vinicky said.

“My advice to the governor today is that he and his agents are not being persuasive in the working groups,” Madigan said.

“It’s the typical game: the speaker is the Cheshire cat, doesn’t answer questions,” Radogno said. “In fact when I said, ‘I think we should be the working group,’ something I’ve raised before—he said he wasn’t even going to respond to that.” 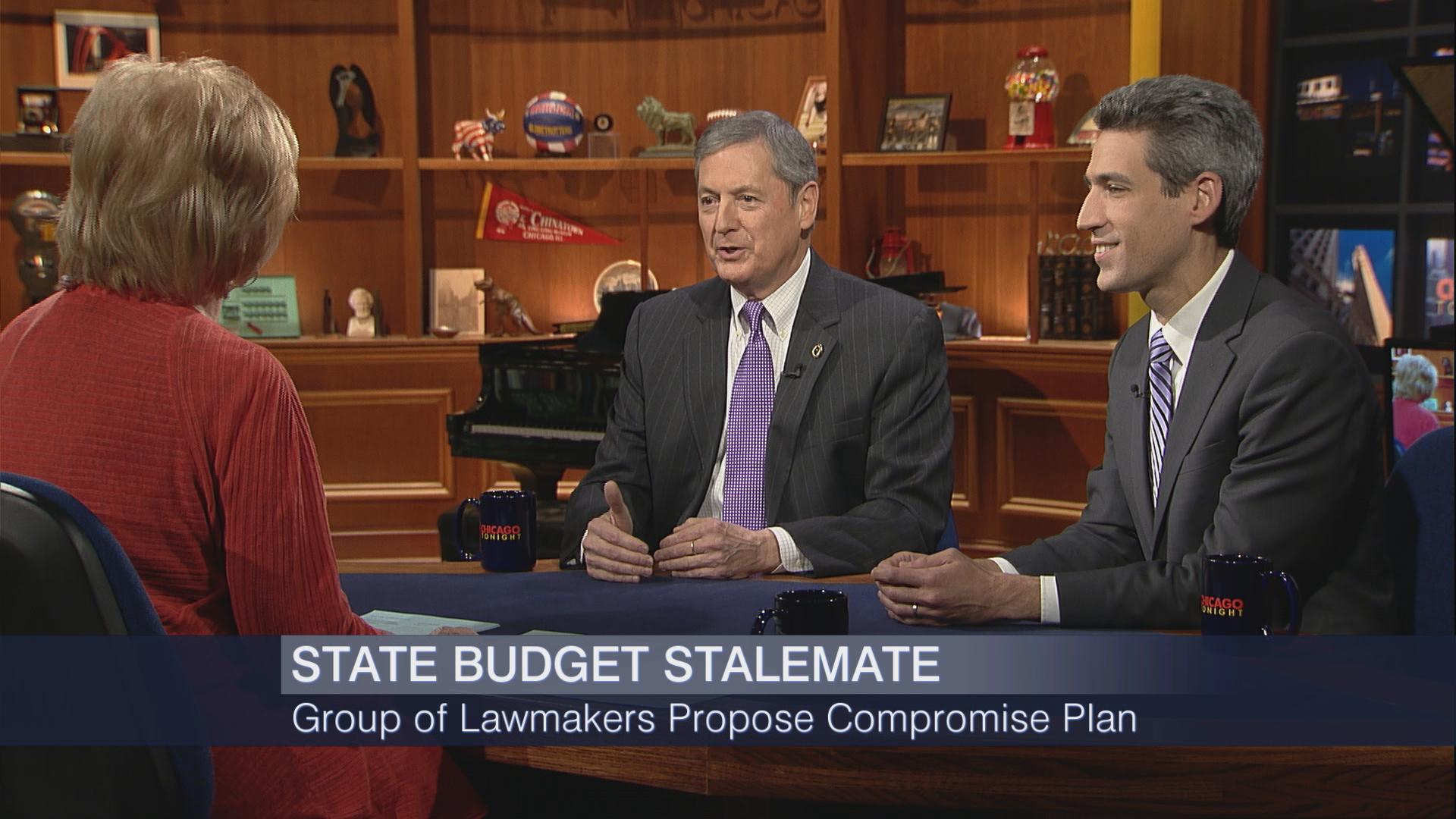