For the first time in a year, there is a state budget, albeit a temporary one. There is also relief for Chicago Public Schools, but with some caveats.

The plan sailed through both the House and Senate on Thursday, but not before some heated debate.

“We’ve accomplished this with the spirit of compromise, of negotiation. That’s what adults do,” State Rep. Jim Durkin (R-Western Springs) said.

Here is the breakdown of the stopgap budget: 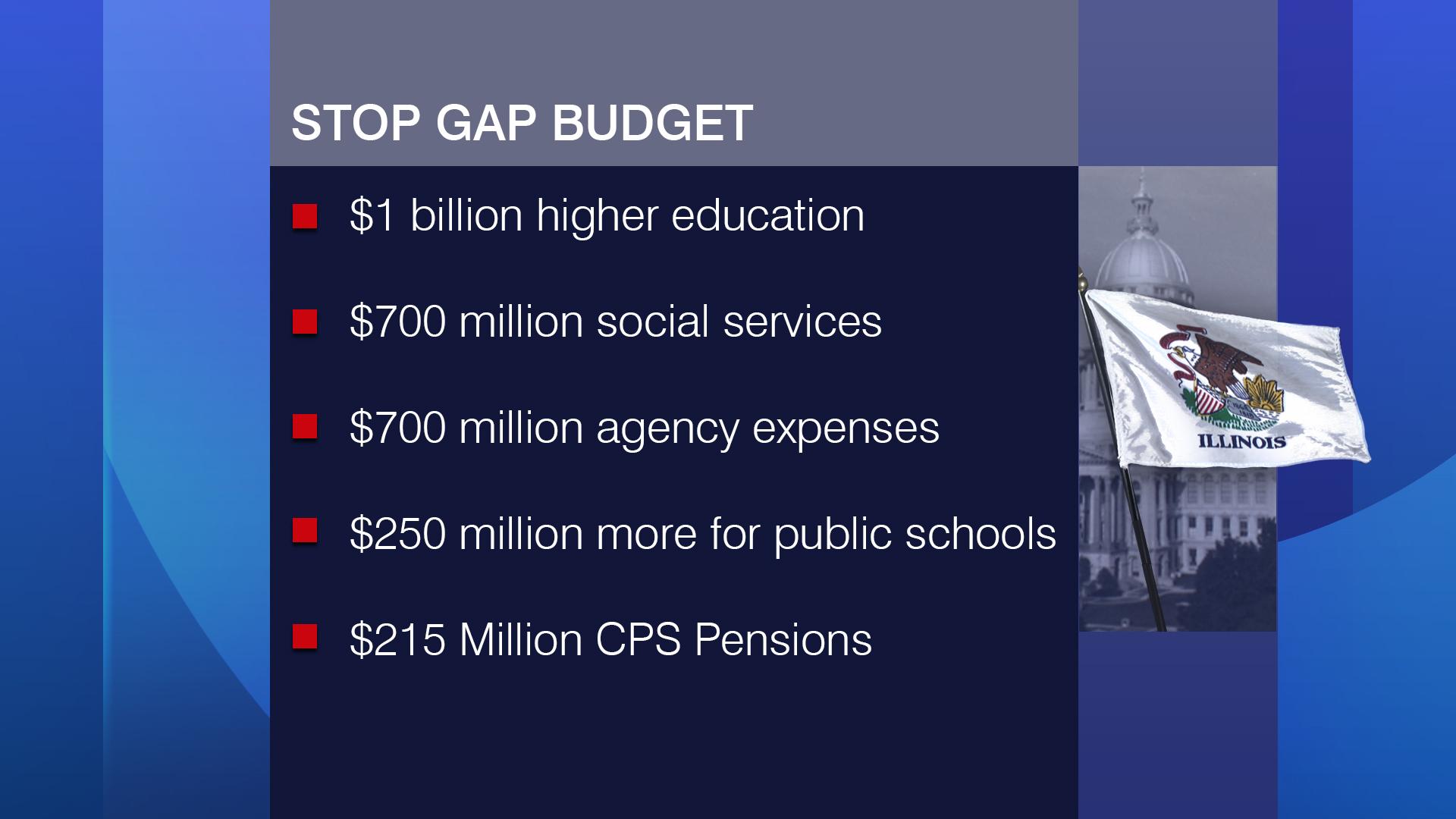 But it won’t help all of them.

“For some of these social service agencies, it’s frankly too late,” she said. “It’s going to cost additional dollars to rehire people who have already been laid off. It’s really going to be on an individual organization basis.”

Vinicky said that according to information provided by Rauner’s office, the stopgap plan is “affordable and does not raise taxes. Funding is available under current law for all components.”

In other words, Vinicky said, the state won’t pay itself back and will dip into various funds.

“This does nothing to address Illinois’ monster bill backlog that is somewhere around $8 billion as you and I speak,” Vinicky said. Spending money with a debt load like the one the state has is sort of like using a state credit card, she added. 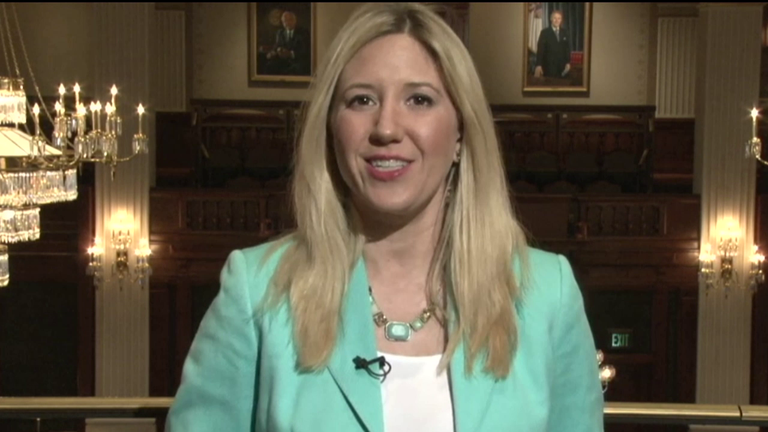 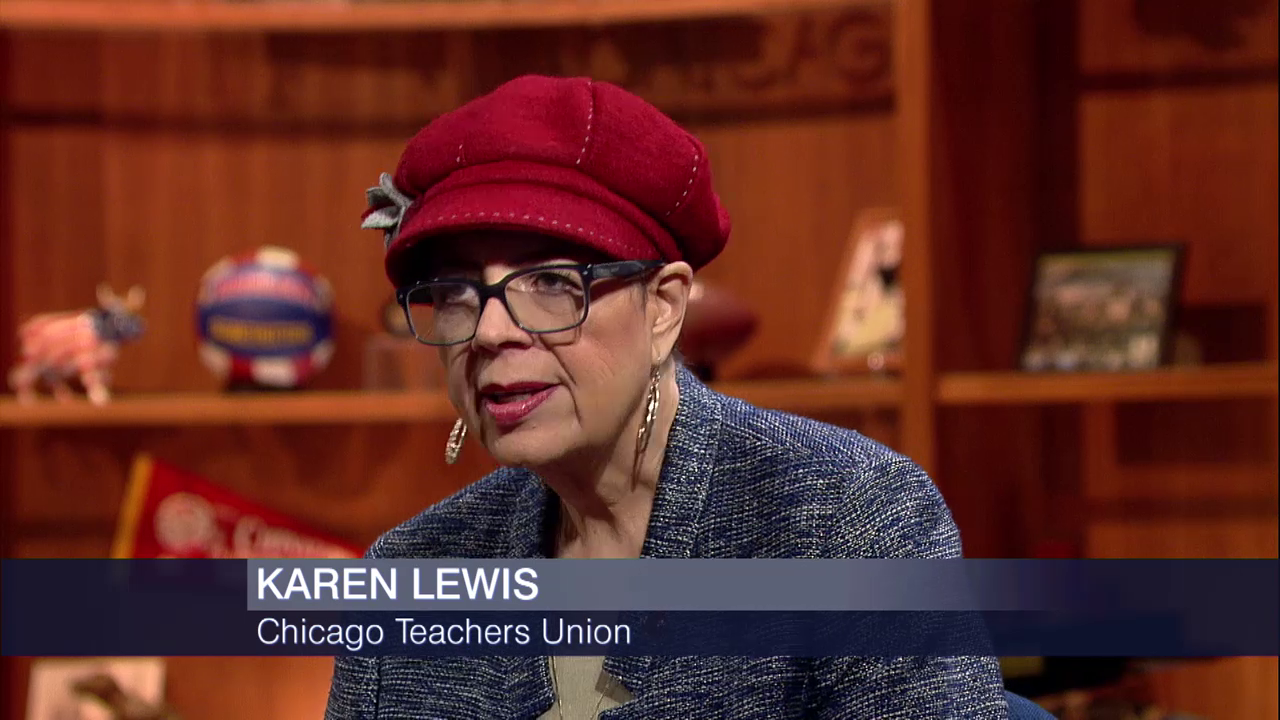 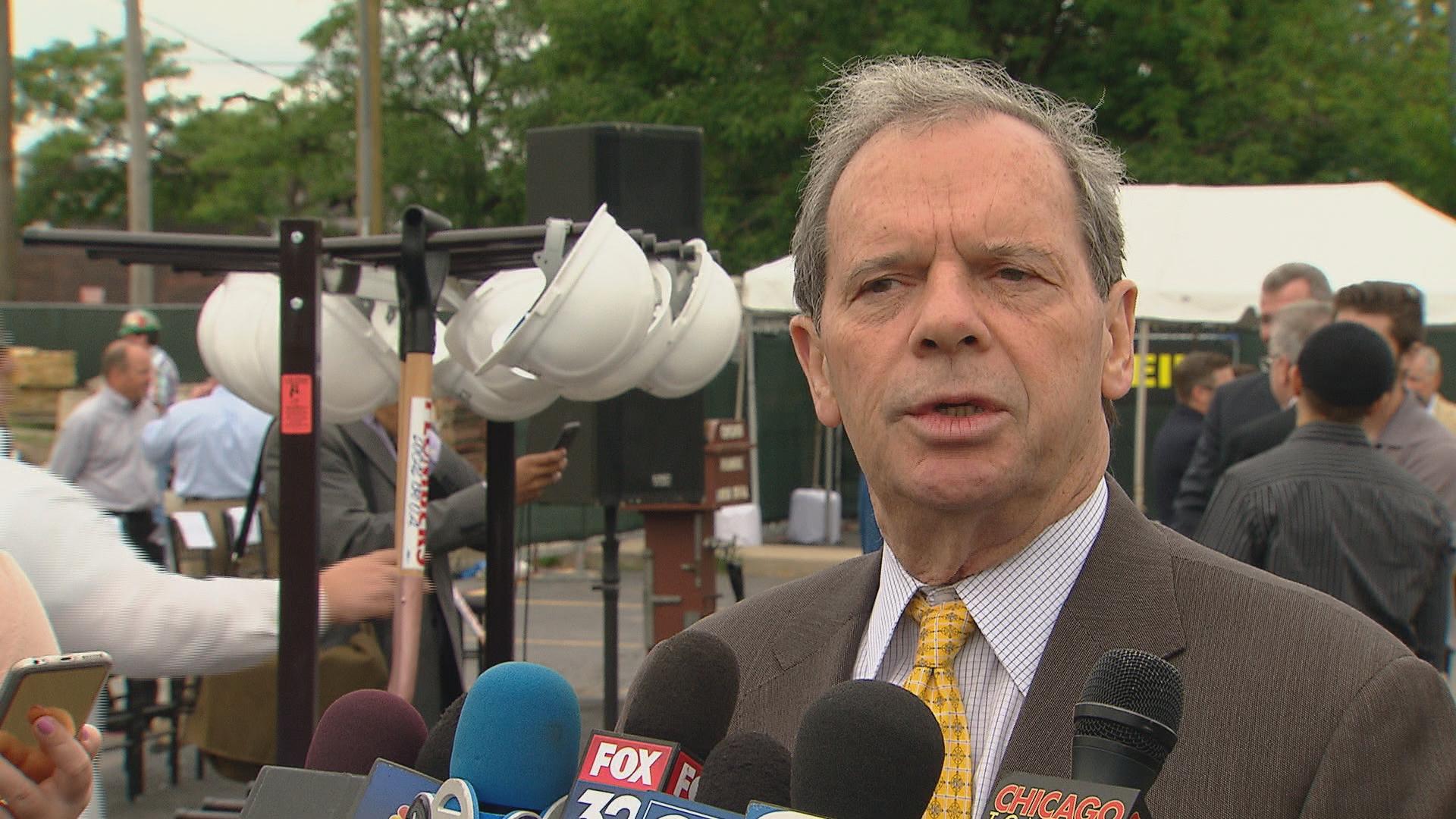