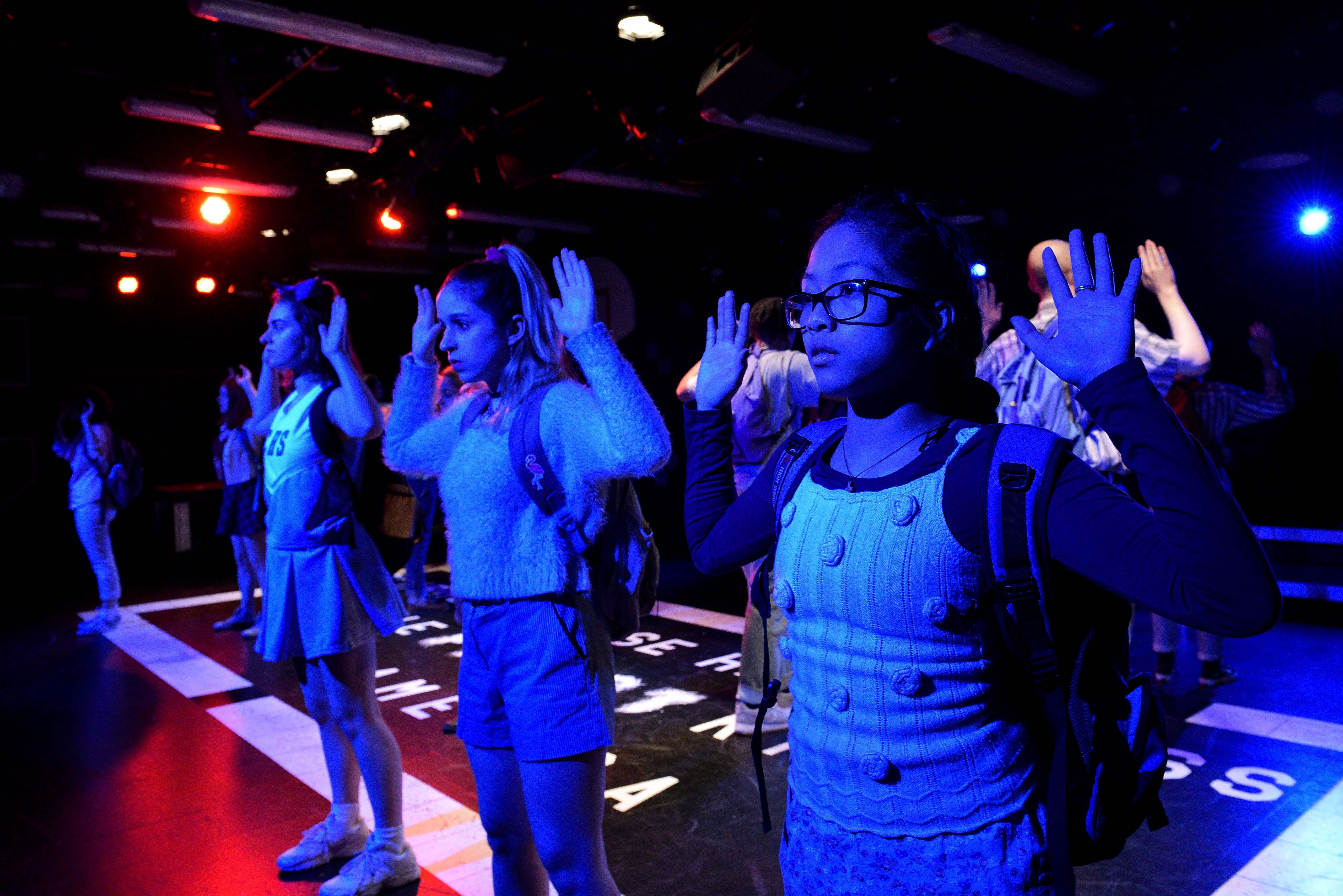 By now you might well think there is nothing more that can be said about the decadeslong epidemic of school shootings in this country.

From the photos of the 6- and 7-year-olds gunned down in 2012 at Sandy Hook Elementary School in Newtown, Connecticut, to the students from Parkland, Florida, who became the catalyst for a massive march on Washington in the wake of the mass shooting at their high school this past February, the horror, the grief and the outcries have played out in a depressingly similar way. It is not so much a numbness as a sense of impotence.

“Columbinus,” a docu-drama (partly fictionalized) created by the United States Theatre Project and written by Stephen Karam (“The Humans”) and PJ Paparelli, is the singular – and singularly riveting – work of theater that has attempted to deal with the phenomenon as it homed in on the 1999 massacre at Columbine High School in Littleton, Colorado. The play debuted in 2005, but in 2013 received a “revised and updated” production by the American Theater Company (ATC) where the visionary Paparelli (who was killed in a car accident in 2015) was artistic director. 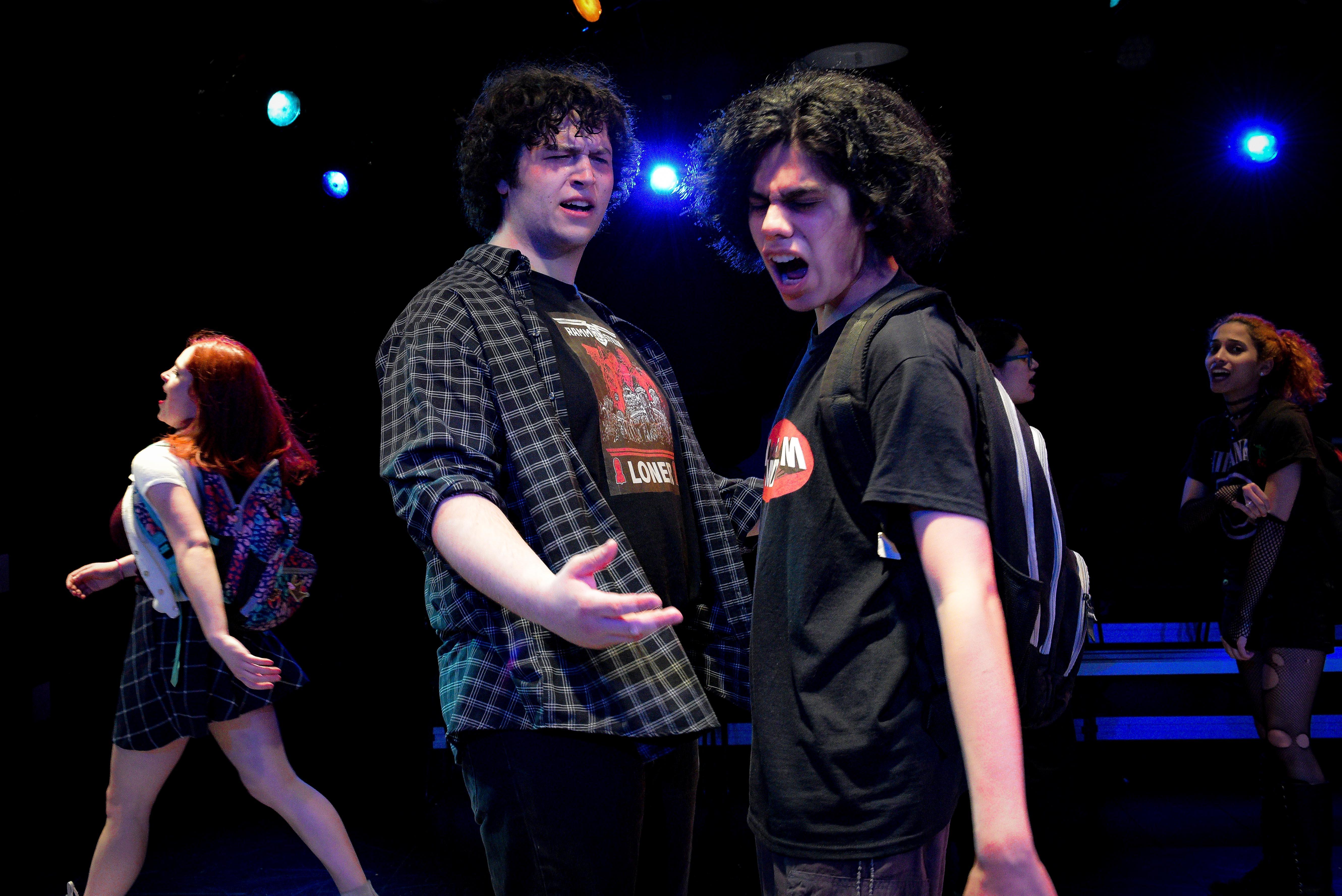 The ATC production was a stunner. But now, in a collaboration between The Yard (a professional youth-driven theater company developed at Senn Arts Magnet High School), and Steppenwolf Theatre, it has taken on a whole new quality. That is in large part because 14 members of the cast of 16 are actual high school students (not yet even born at the time of the Columbine tragedy). And under the physically and psychologically astute direction of Mechelle Moe (with superb expressionistic movement by Dana Murphy), they form an intensely disciplined, fearless, altogether remarkable ensemble. They are at once “this close” to the characters they portray, and at the same time exceptionally sophisticated young artists.

The questions asked in the aftermath of nightmarish murder-suicide nightmares such as those at Columbine are all too familiar: How did these killers become so broken? Why did no one see the problem and take action? Was it mental illness, or easy access to guns, or something about society at large? “Columbinus” suggests it is all these things, and more.

For Eric (the charismatic Ervin Tobar, in a superbly high-wired performance) and Dylan (the impressively honest Brian Baren, who expertly suggests his character’s pangs of conscience and second thoughts), it begins with the usual cruelty and alienation endemic to high school life (the bullying, the cliques, the social awkwardness), with often clueless parents, teachers, guidance counselors and others (all played by Jyreika Guest and Joel Ewing, the two adult actors in the cast) failing to detect or understand the escalating danger signs. 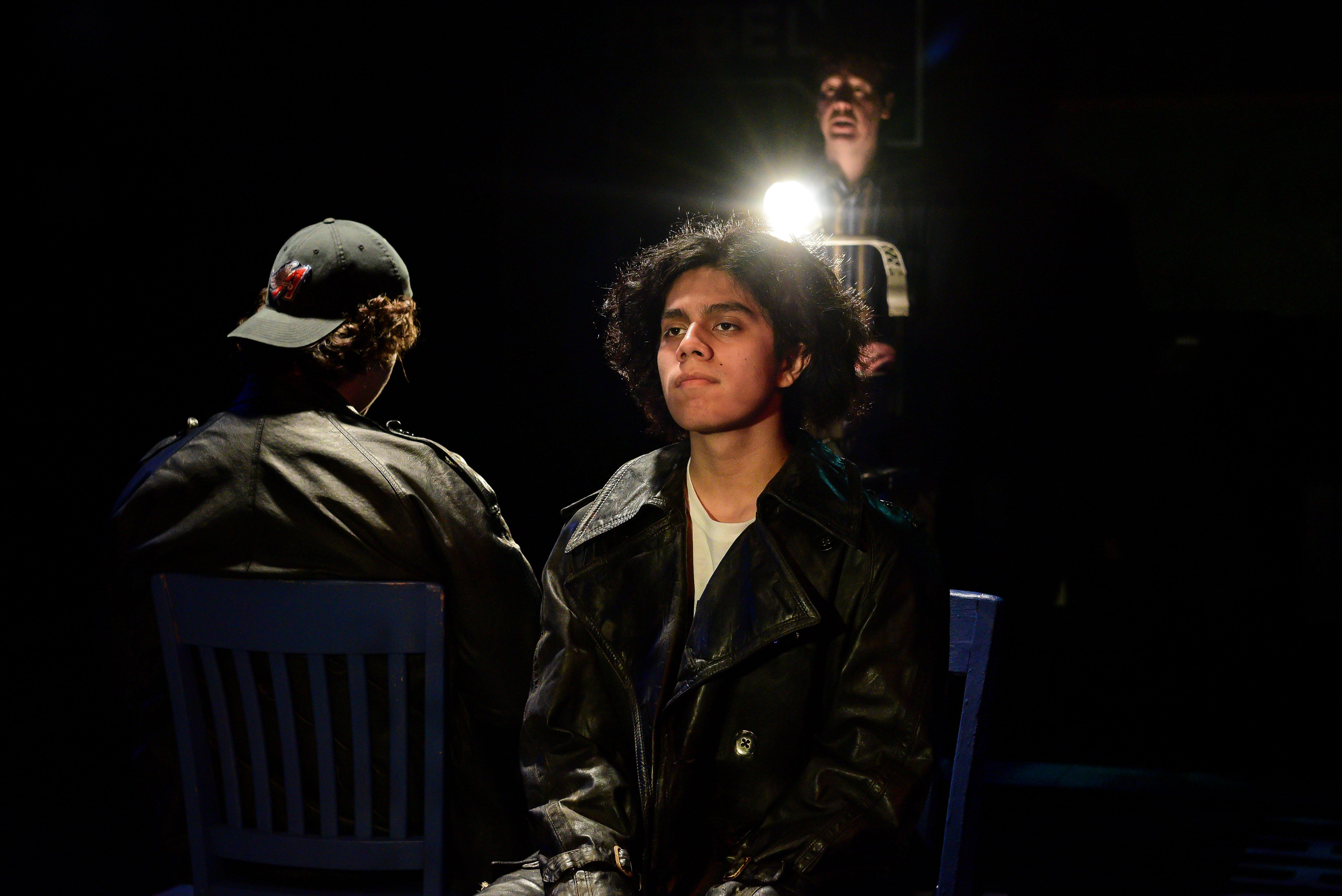 Though quite different in many ways, Eric ( “the freak”) and Dylan (“the loner”) shared a high level of intelligence, a feverish sense of being “outsiders” and an escalating level of rage at a world in which they never felt at home. Eric, who becomes fascinated by both Darwin’s “survival of the fittest” theory and Nazism, is the son of a father with a career in the military, and has moved many times during his life. He takes medication for anxiety and depression and can be bitterly sardonic and manipulative. He also can build pipe bombs. Dylan, more introverted, is a gifted writer with a ghoulish sensibility who even manages to get a date for the prom.

Both have a vague interest in theater. And while both “know” about sex they admit they are virgins. Mostly they communicate via the internet, from their respective bedrooms.

Charged with the theft of computers a year before the massacre, the two are put into a behavior-modification program and, in one of the more revealing scenes in the play, demonstrate how skillfully they can mollify adults with all the right verbiage.

The play captures Eric and Dylan in their final moments of planning, when Dylan, in particular, is thinking about what death really means. And then comes the assault, in which the ensemble – the essentially decent jock, the sexy girl (who cannot talk to her mother about sex), the brainy guy terribly inept at sports, the girl who turns to prayer, the self-harming girl in punk regalia and all the rest dive for cover as shots ring out – brilliantly suggests the chaos and terror as they desperately try to elude notice and survive. Talk about a haunting dance of death.

The aftermath of the event is just as harrowing since, as we have seen, the answers to preventing any of this remain elusive. 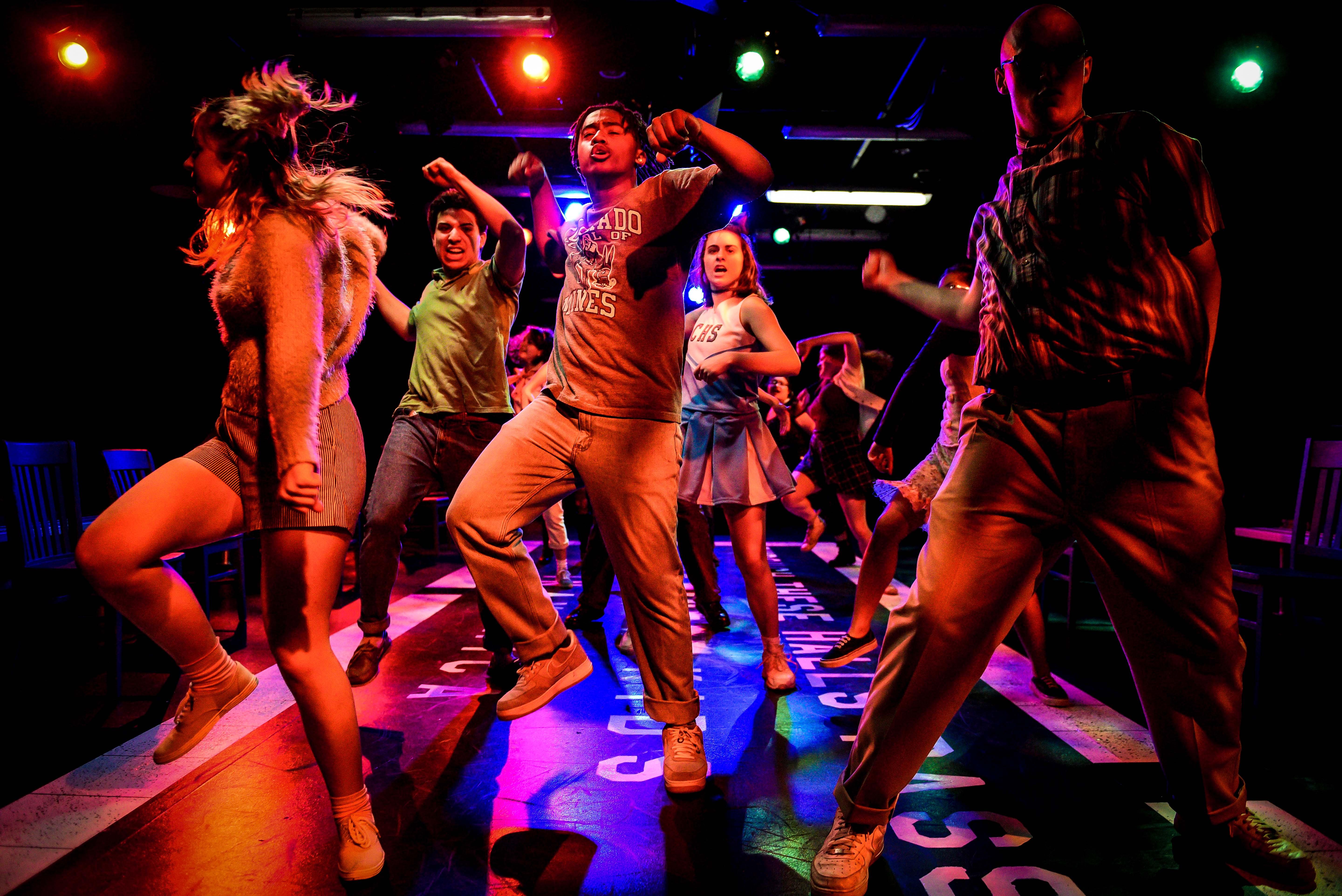 The ensemble work here is the equal of any you might find among actors with far greater experience, featuring a cast that includes Victor Musoni, Iza Rodriguez, Meitav Aaron, Alex Brinkman, Danielle Chmelewski, Thavorey Hang, Rory Hayes, Colin Huerta, Liliana Mastroianni, Azalia Resendiz, Cleo Shine and Elodie Tougne. The tragedy of it is that they have all grown up with so many variations on the story playing out for real.