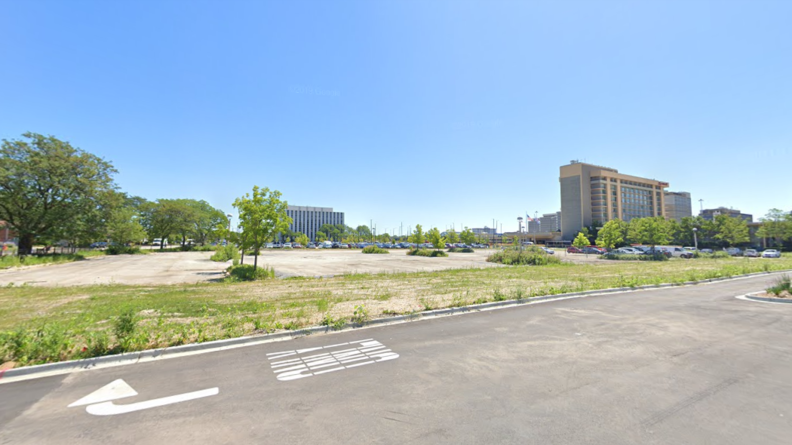 A push to build more affordable housing in wealthy areas of Chicago in an effort to combat the city’s deep economic and racial divides by curtailing aldermanic power will face a crucial test at City Hall in the coming weeks.

At the center of the battle is a plan to build 297 apartments on vacant land near O’Hare Airport that will force the Chicago City Council to confront the role its decades-old tradition of giving aldermen the final say over housing developments in their wards has played in fueling segregation in Chicago.

Ald. Anthony Napolitano (41st Ward) plans to vehemently urge his colleagues to defer to the opinions of homeowners in Edison Park and Norwood Park on Chicago’s Far Northwest Side, where more than 80% of residents are white, and reject the proposal to build the apartment complex at 8535 W. Higgins Road amid a cluster of hotels and office mid-rises along the Kennedy Expressway and steps away from the CTA Blue Line.

“We want it to stay a business corridor,” Napolitano told the Plan Commission on Aug. 26. “We should be pushing more towards bringing companies to Chicago.”

The Chicago City Council’s Zoning Committee did just that in 2017, rejecting a similar proposal from developer Glenstar and upholding aldermanic prerogative in the face of Napolitano’s opposition.

If the Zoning Committee makes the same decision in the coming months, it will do so over the objections of key officials in Mayor Lori Lightfoot’s administration — and perhaps Lightfoot herself, who campaigned for mayor in 2019 by promising to end aldermanic prerogative and build more affordable housing for Chicago’s struggling working and middle classes.

Department of Housing Commissioner Marisa Novara pointedly told the Plan Commission that if they deferred to Napolitano, they would be upholding the system that made Chicago into one of the most segregated cities in the United States.

Letting residents of wealthy neighborhoods veto multifamily apartment complexes — especially those that set aside some units for low- and moderate-income residents — is “exactly how, over the past 100 years, how we created where affordable housing is located, and where it is not,” Novara said.

Napolitano said he was appalled by Novara’s comments, and said he did not oppose the affordable housing included in the development, but objected to the size of the M-shaped building and the number of apartments in what is now a commercial corridor.

“We cannot accept your critique that this site is not the appropriate site or a density of housing that provides housing choice,” Cox told Napolitano.

Ald. Nicholas Sposato, whose 38th Ward is to the south of the development, said there was no need to build more affordable housing on the Far Northwest Side.

However, Novara said city data shows there is a clear need for more affordable housing throughout the city.

After the tense debate, the Plan Commission voted 10-1 to endorse the proposal, with Sposato casting the lone dissenting vote.

That vote sent the proposal, which would earmark 59 apartments for Chicagoans earning less than the area’s median income, back to the Zoning Committee, which voted in June to kill the plan without a hearing. That vote has not prevented the project from advancing through the city’s approval process.

The evidence is “pretty stark” that when developments like the Glenstar project are blocked in wealthy areas of the city, “the end result of decisions like this concentrate affordable housing and rental housing in certain parts of the city,” Novara said.

Next month, new rules designed to address that disparity as well as the citywide shortfall in affordable housing will take effect. The new law will increase the number of units developers will have to set aside for low- and moderate-income Chicagoans in some neighborhoods, while adding incentives for affordable units to be built in wealthy areas.

In 2017, Napolitano announced he would oppose the Glenstar development in the midst of an intense debate over plans to build a 75-unit apartment complex at 5150 N. Northwest Highway in Jefferson Park, which is in the neighboring 45th Ward. All of the units in that complex will be earmarked for low- and moderate-income Chicagoans.

Napolitano, who was the only alderperson to vote against the Jefferson Park development in violation of aldermanic prerogative, said that project was also too dense and too tall. Opponents, including Napolitano and Sposato, said it would change the fabric of the Jefferson Park community, which supporters condemned as racist.

“This has always been about density,” Sposato told the Plan Commission during the debate over the Glenstar development. “Let’s not break out the race card.”

The Jefferson Park complex could welcome its first residents as soon as this month — with 400 people on a waiting list, officials said.

That proves there is a need for more affordable housing on the Far Northwest Side, Novara said.

Despite the endorsement of the Plan Commission, the fate of the Glenstar development is uncertain.

A majority of the Chicago City Council has refused to allow Lightfoot to significantly scale back their veto power over ward-specific issues. In June, the City Council brushed back Lightfoot’s attempt to give the commissioner of the Department of Business Affairs and Consumer Protection the authority to approve sign permits for businesses over the objection of an alderperson.

In addition, Lightfoot has failed to make good on promises to propose changes to the city’s zoning code, where the heart of aldermanic power lies — and she has no clear path to convincing alderpeople to scale back their power.

The development’s chances of approval are likely slim unless the mayor backs it with full-throated and public support as an issue of economic justice and racial fairness.

In her first public comments on the brewing battle, Lightfoot promised to stay “in dialogue” with Napolitano while praising the development.

“We have an affordable housing crisis in this city,” Lightfoot said at an unrelated news conference on Aug. 27, one day after the Plan Commission vote. “We’ve got to look for lots of different ways to fulfill our need and obligation to shrink the level of deficit we have in affordable housing.”

“Everything that I know about this project is that it is a good solid project,” Lightfoot added. “We think this is a solid plan.”

The earliest the City Council’s Zoning Committee could consider the plan would be October.

Even then, the debate over the development could be pushed to the back burner by negotiations over the city’s 2022 budget. Lightfoot also could be reluctant to antagonize Napolitano and his allies — or other supporters of aldermanic prerogative on the City Council — at a time when her spending plan for the next fiscal year will need every vote it can get.

A self-described independent, Napolitano is the only member of the Chicago City Council who is not a member of the Democratic Party.

Although he endorsed Lightfoot in the 2019 mayoral runoff, Napolitano, a former police officer and firefighter, routinely appears on Fox News to criticize the mayor and her approach to public safety.

While the brewing battle over the Glenstar development won’t boil over until October at the earliest, the City Council’s Zoning Committee is set to advance another major development on the Far Northwest Side.

Plans call for the vacant Six Corners Sears to be transformed into six stories featuring 207 apartments as well as approximately 50,000 square feet of shops and stores.

With the support of Ald. Jim Gardiner (45th Ward) — who blasted his predecessor, former Ald. John Arena, during the 2019 campaign for supporting the 75-unit affordable housing complex in Jefferson Park — that development will only set aside six units for low- and moderate-income Chicagoans, the minimum required by city rules now in effect.

The developer will have to build another 15 units elsewhere, or pay a fee into the city’s Low Income Housing Trust Fund to fulfill that requirement, according to city rules.

If the new rules were already in effect, 20 units would have to be built as part of the development, with a requirement for another 21 units built elsewhere or equivalent fees paid to the city, according to city rules.

“This is the first of many parcels to be developed,” Cox said of the area around Irving Park Road as well as Milwaukee and Cicero avenues. “Once this happens, we can push for further integration of affordable housing.”

Gardiner held up approval of another development at Six Corners originally backed by Arena for approximately one year because he said it did not have more than the minimum amount of affordable housing required by the city.

“This development is vital for the Six Corners housing and retail for the community,” Gardiner told the Plan Commission. “Is it perfect? No, but it is progress we so desperately need.”