The approach of Jan. 1, 2017 means the start of nearly 200 new laws in Illinois, ranging from criminal justice reform to health care, safety, pensions and protections for workers.

Below, a selection of 17 new laws highlighted by state senators that take effect on New Year’s Day.

Cosmetologists, estheticians, hair dressers, barbers and nail technicians working in Illinois will be required to learn how to recognize signs of domestic violence and sexual assault. All salon workers will be required to take a one-hour course on the subject as part of their continuing education when they renew their licenses. Read more about the law in this Chicago Tonight article. Illinois Rep. Frances Ann Hurley was the lead sponsor of HB 4264. 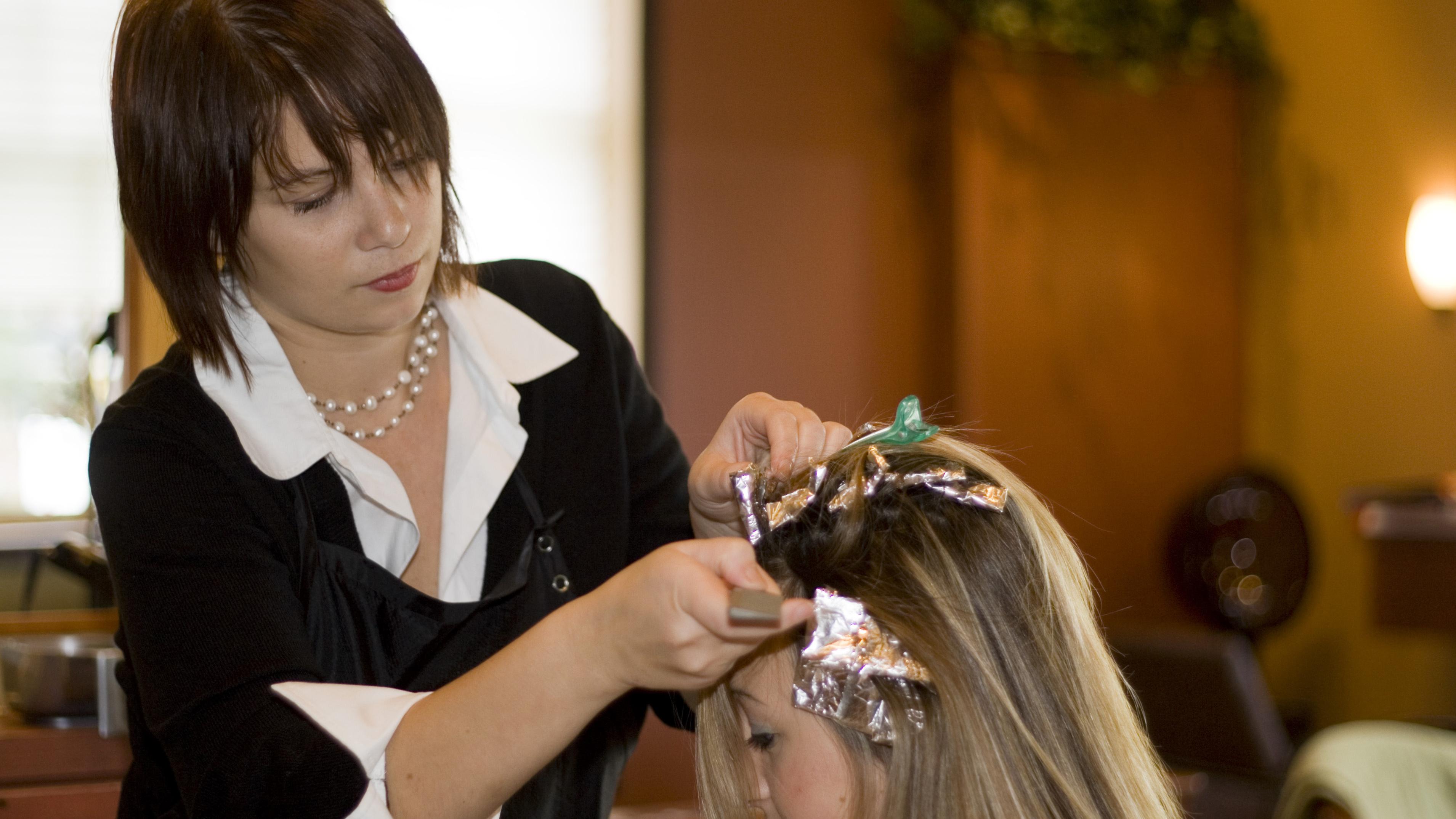 A yearlong review of the state's response to reports of sexual assault has resulted in a new law that aims to improve the process of investigation and offer better support for survivors. Under the new law sponsored by Sen. Scott Bennett, victims will have a longer period of time to request a rape kit test. The law also mandates training for first responders and requires more detailed reporting of sexual assault cases by police. Shortly after SB 3096 was approved in August, Chicago Tonight reported on the law.

Sen. Daniel Biss sponsored SB 1564, an update to the Illinois Health Care Right of Conscience law, which allowed medical providers to refuse certain medical treatments based on religious objections. Under the new law effective New Year’s Day, medical providers will be forbidden from such actions. “This measure enables Illinois to restore some balance to the patient-doctor relationship in Illinois,” Biss said when the bill was passed in August. “Providers have been able to withhold vital information from patients that could mean the difference between life and death, all because of personal objections.” 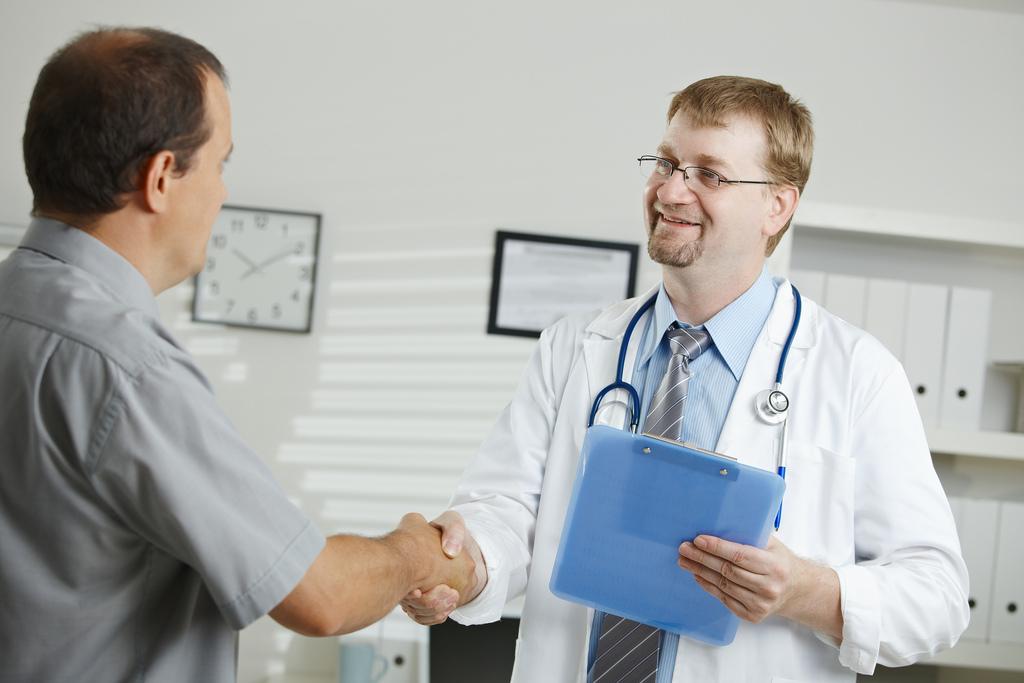 All women will be able to access birth control without additional costs, thanks to a new law requiring insurance companies to provide up to 12 months of coverage for almost all FDA-approved contraceptive options. Sen. Toni Hutchinson sponsored HB 5576, which was signed into law in August.

Annie LeGere was 13 when she died as a result of anaphylactic shock from an unknown allergic reaction. Police were the first to arrive on the scene but were unable to help LeGere because they were not allowed to carry or administer EpiPens. Under this new law, law enforcement agencies will be allowed to conduct training programs that teach officers how to recognize and respond to anaphylaxis. The law also allows health care practitioners to prescribe epinephrine auto-injectors in the name of an authorized entity where allergens that could cause anaphylaxis may be present, such as a school. The bill, HB 4462, was sponsored by Sen. Chris Nybo.

Properties with high lead levels will be prohibited from being sold or released until the problem is mitigated and the property is considered safe. Older homes are more likely to contain lead, and children are more susceptible to lead poisoning, according to Illinois Senate Democrats. Sen. Donne Trotter sponsored SB 2300.

Law enforcement officials will be required to accept cash to post bail when SB 2252 goes into effect. The genesis for the law, sponsored by Sen. Steve Stadelman, arose from an incident in which a minor was kept in a juvenile detention center for a weekend because officials refused to accept cash due to a county policy, despite their credit card machine being broken. 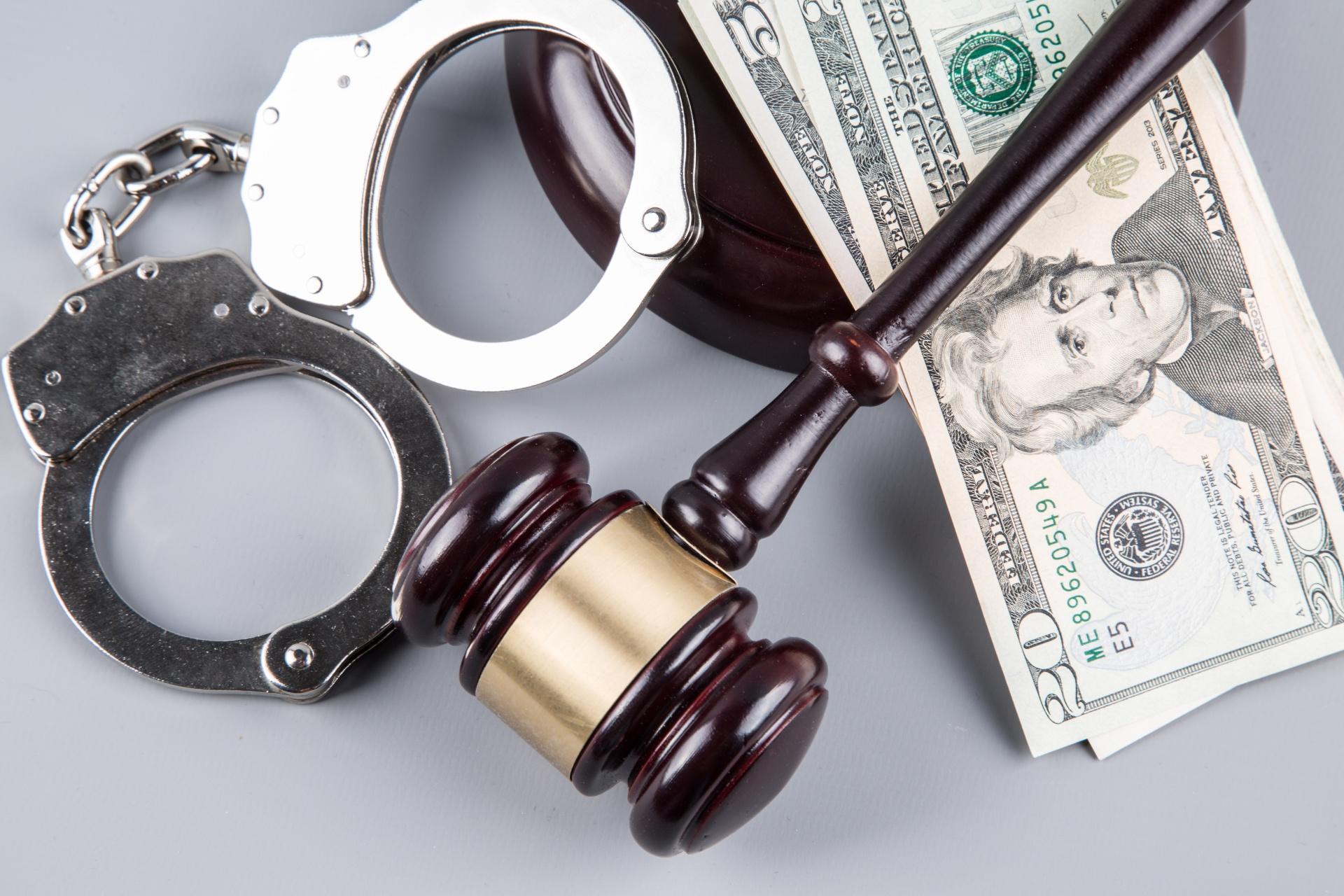 The law allows for more flexibility in granting probation for certain non-violent offenders. SB 3164, sponsored by Sen. Michael Connelly, requires a review of a pre-sentencing report, as well as an explanation of why incarceration is appropriate for certain non-violent offenders with no prior probation sentences or prison convictions prior to sentencing.

The new law requires legal counsel during the interrogation of minors under the age of 15 who are charged with murder. Any oral, written or sign language statement by a minor without counsel present during a custodial interrogation shall be inadmissible as evidence in any juvenile court proceeding or criminal proceeding against the minor, according to SB 2370, which was sponsored by Sen. Patricia Van Pelt.

Allowing Children to Testify Outside of Court

Children who are the victims of battery or domestic abuse may testify using closed circuit television in lieu of testifying in the courtroom. Sen. Michael Connelly sponsored SB 2880, which also allows for people with intellectual or developmental disabilities to testify via CCTV. 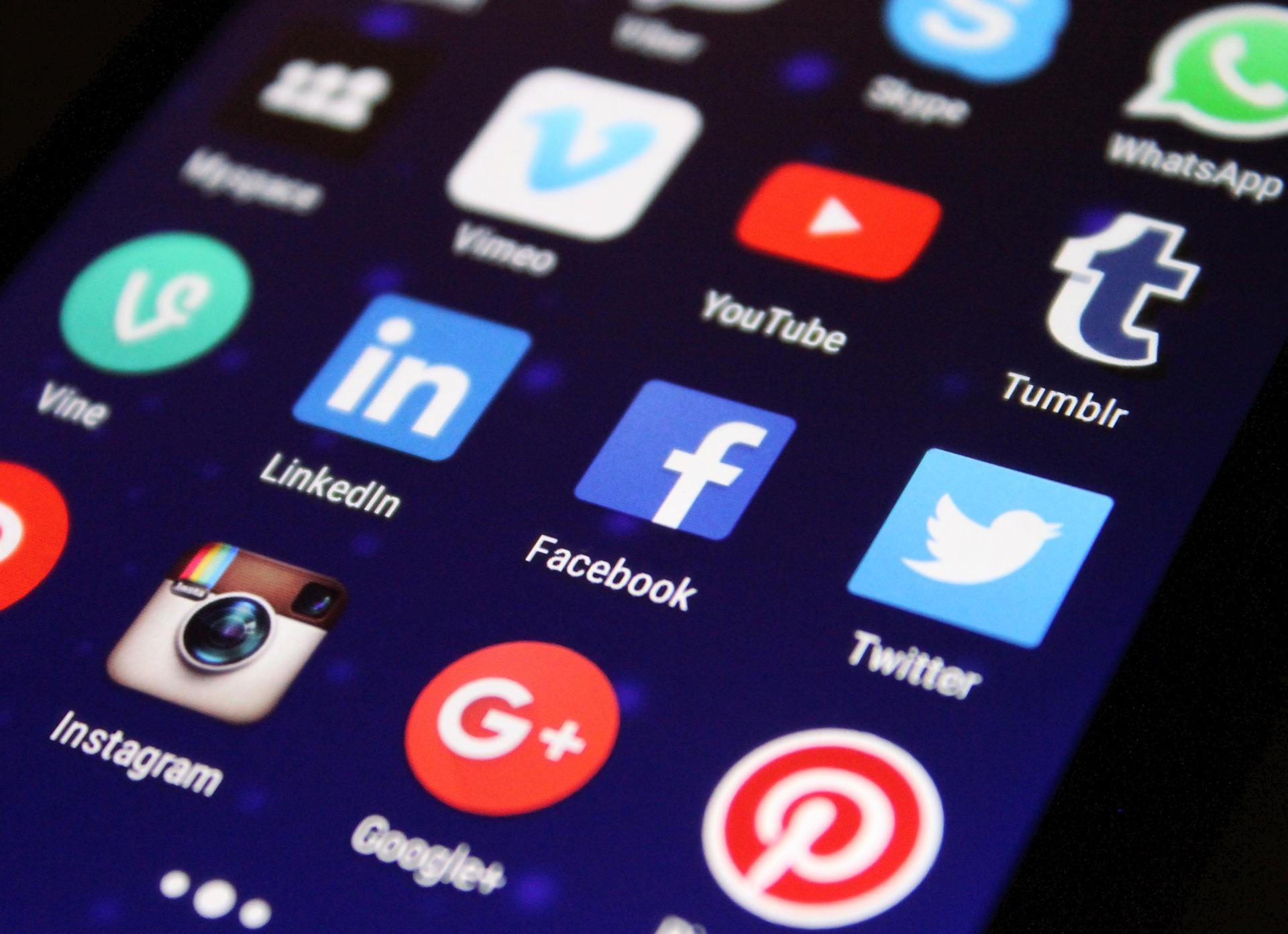 Starting in 2017, vehicles that transport people or goods on a contractual basis will be allowed to have a video recorder operating, as long as a notice is posted letting passengers know their conversations may be recorded. Sen. Dan Biss was the chief sponsor SB 0629.

Police officers will have the first opportunity to adopt their canine counterparts when the dogs retire from the force, thanks to a new law. Upon passage of SB 3129, the bill’s sponsor Sen. Tom Cullerton said, “The special connection formed between an officer and their dog should be honored. We should want to give retiring police dogs a loving home.” If the dog’s handler chooses not to adopt the dog, the canine can then be adopted by another officer or employee in the agency, or given to a nonprofit organization or no-kill animal shelter to assist with the adoption of the dog.

Companies will be banned from asking a worker who is paid less than $13.50 an hour to sign a noncompete agreement. Sen. Patricia Van Pelt sponsored SB 3163. In related news, earlier this month Chicago Tonight reported on Jimmy John’s agreement to a lawsuit regarding its use of noncompete agreements.

Using Sick Days to Care for Others

Workers will have greater flexibility in how they use their sick time in 2017 (no, playing hookie is not covered here). Under the new law, companies that provide sick leave to employees must allow them to use up to half of their allotted time to attend to the medical needs of family members. Sen. Jacqueline Y. Collins sponsored SB 6162.

Under the law sponsored by Sen. Jennifer Bertino-Tarrant, lobbying groups will be ineligible to receive taxpayer-funded pensions. When HB 4259 was signed into law in August, Bertino-Tarrant said, “This change is past due. There is no reason why the taxpayers should be forced to pay for pensions for lobbyists.” 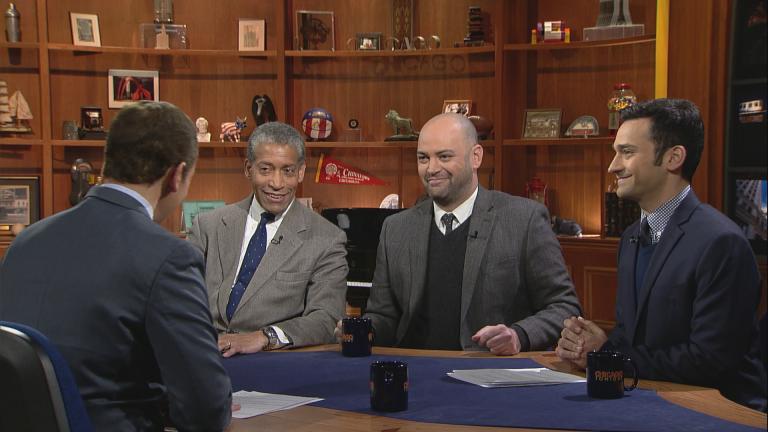 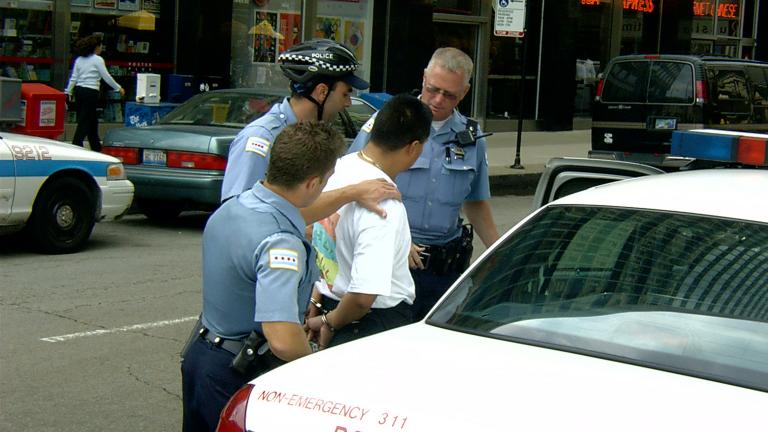 Sept. 9: A new Illinois law mandates that driver’s education instructors teach students how to behave if pulled over by law enforcement.