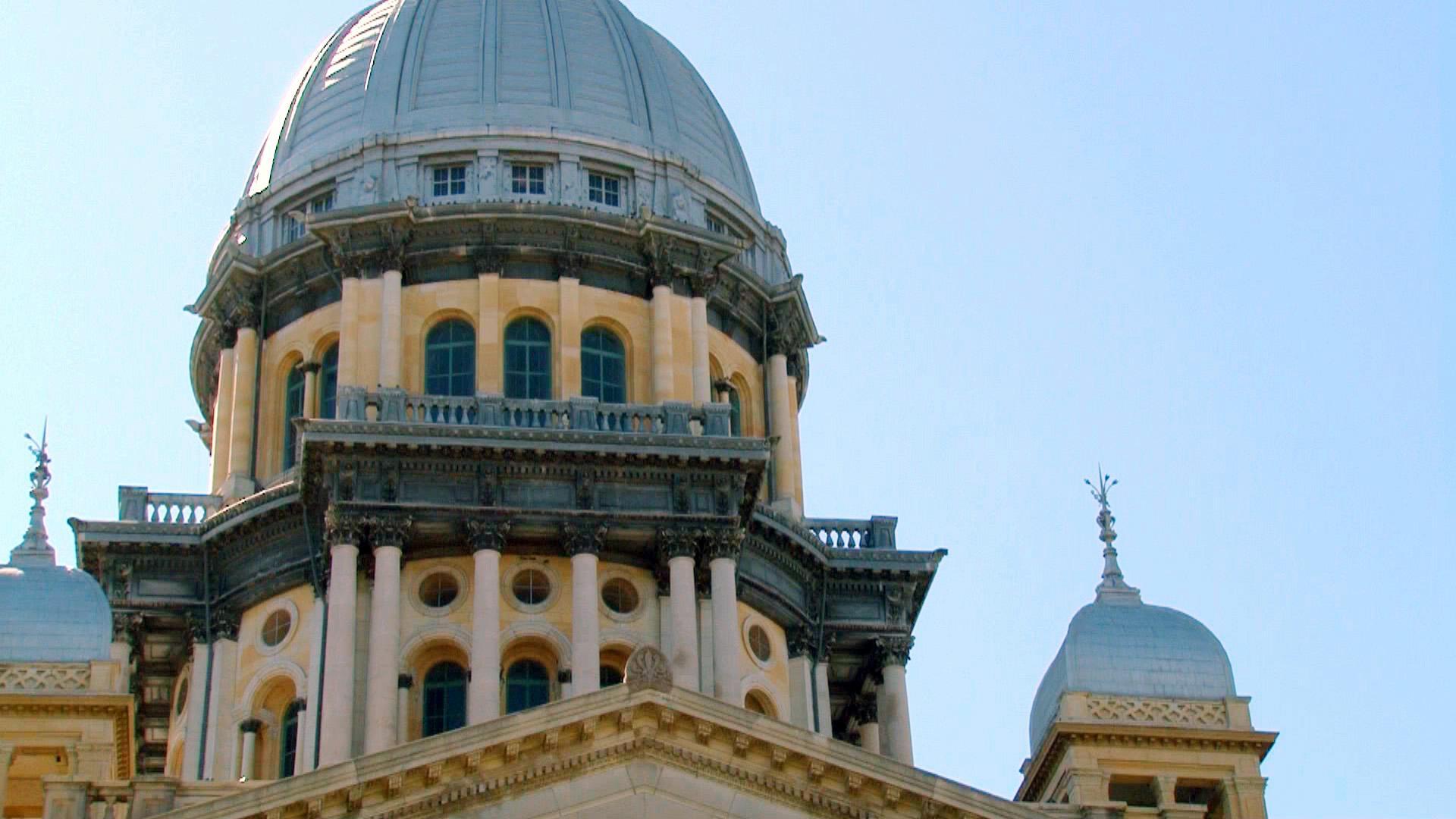 Sending former state Rep. Luis Arroyo to jail for bribing a state lawmaker to support a bill legalizing sweepstakes gambling machines would do no more to stop political corruption than attempting to drain “Lake Michigan with a spoon,” the former lawmaker’s attorneys told a judge in a Saturday court filing.

Arroyo pleaded guilty to one charge of wire fraud before U.S. District Judge Steven C. Seeger in November, and is scheduled to be sentenced Feb. 18. Arroyo has acknowledged that he offered a member of the Illinois Senate monthly payments of $2,500 to support a bill supported by a sweepstakes firm that hired Arroyo as a lobbyist.

At the time of his indictment, Arroyo was registered as a Chicago lobbyist focused on sweepstakes legislation, according to records filed with the Chicago Board of Ethics. In December 2019, the Chicago City Council voted 48-0 to ban elected officials from other jurisdictions from lobbying Chicago officials.

Arroyo, 67, who pleaded guilty without an agreement in place with federal prosecutors, faces a maximum sentence of 20 years in prison, a fine of $250,000 and three years of supervised release. Prosecutors told Seeger they intend to ask Arroyo to forfeit $32,500 he earned as part of the scheme.

Arroyo was charged as part of an indictment that named James Weiss, the owner of sweepstakes firm Collage LLC. Weiss wanted state lawmakers to legalize sweepstakes machines, which are similar to video poker machines.

In Chicago, where video poker machines are banned by city law, unregulated and untaxed sweepstakes machines operate out of bars, laundromats and gas stations.

Weiss is married to former state Rep. Maria “Toni” Berrios, who served in the Illinois House from 2003-15, and is the son-in-law of former Cook County Democratic Party chair Joseph Berrios. Weiss has pleaded not guilty.

Arroyo’s attorneys asked the judge to take into account the former lawmaker’s “extensive charitable work, public service, community work, generosity with his time" and credits him with providing “support and assistance to others for decades.”

“Mr. Arroyo is not a bad person; rather he is a good person who made a mistake in judgment,” Arroyo’s attorneys argued, calling his criminal acts “a brief dalliance with corruption, encouraged by another corrupt official working for the government.”

“Excessively punishing” Arroyo, whose life is a “rags to riches” story that began in Puerto Rico and included being forced to drop out of high school to help his family while enduring an adolescence marked by the “alcohol-induced beatings by his father of his mother” and the murder of his brother, Roy, “accomplishes no meaningful purpose,” according to his attorneys.

Arroyo and Weiss were charged with conspiring to bribe a member of the Illinois Senate identified as “State Senator A.”

Although that senator has long been identified as former state Sen. Terry Link, D-Vernon Hills, Arroyo’s plea for leniency is the first official document to identify Link as the senator who took the bribes. Link resigned from the Illinois Senate in September 2020. Link pleaded guilty to filing a false tax return.

“Since the government and the press announced the charges against Mr. Arroyo in 2019, it has continued to charge other politicians, and the press reports daily about the potential for the United States to charge even more,” according to Arroyo’s attorneys. “Indeed, Mr. Arroyo himself was undeterred by prior new reports when he met with Mr. Link in 2018. Imprisoning him will not change those facts. A prison sentence will shorten his life, may also shorted his wife’s life. It is no more effective than draining Lake Michigan with a spoon.”

The effect of Arroyo’s criminal conduct “was immaterial in the end,” according to his attorneys.

“Sweepstakes legislation never was meaningfully considered at the state level, and unlike Mr. Link, Mr. Arroyo has lost his pension, insurance, and pride in service,” according to his attorneys.

The filing by Arroyo’s attorneys offers a glimpse into at least one criminal probe swirling around state lawmakers by identifying three state lawmakers and a congressional candidate, then a former top aide to Gov. J.B. Pritzker, who testified before a grand jury.

None of them are accused of wrongdoing, and Arroyo’s attorney says they testified that they did not witness any criminal conduct by Arroyo. 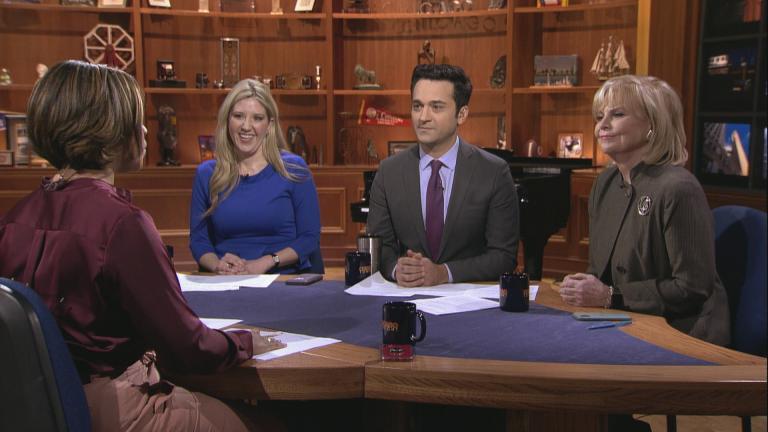 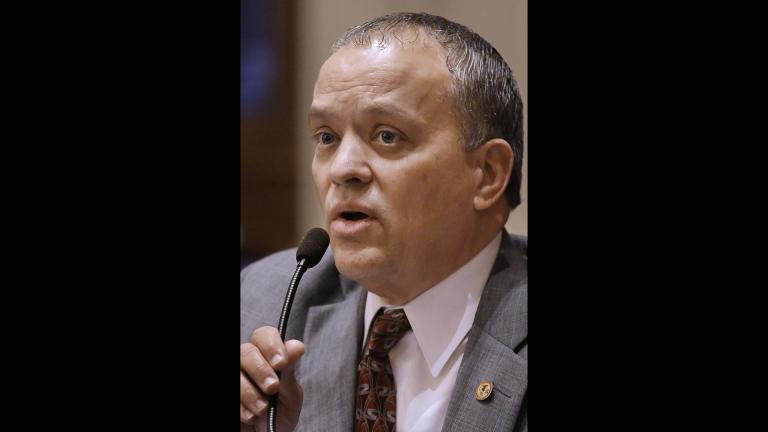 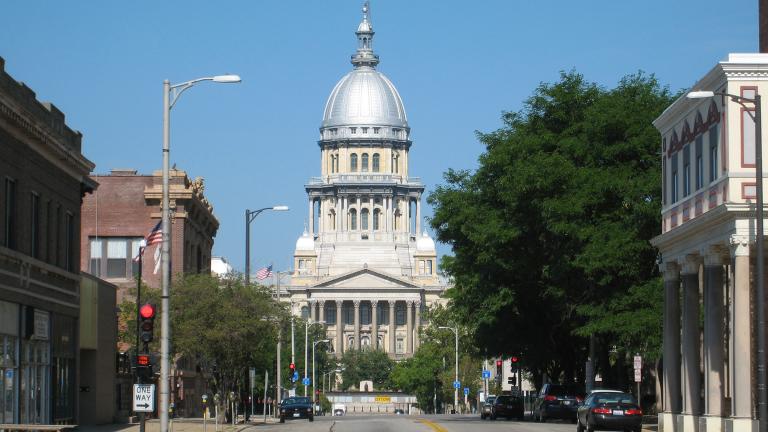