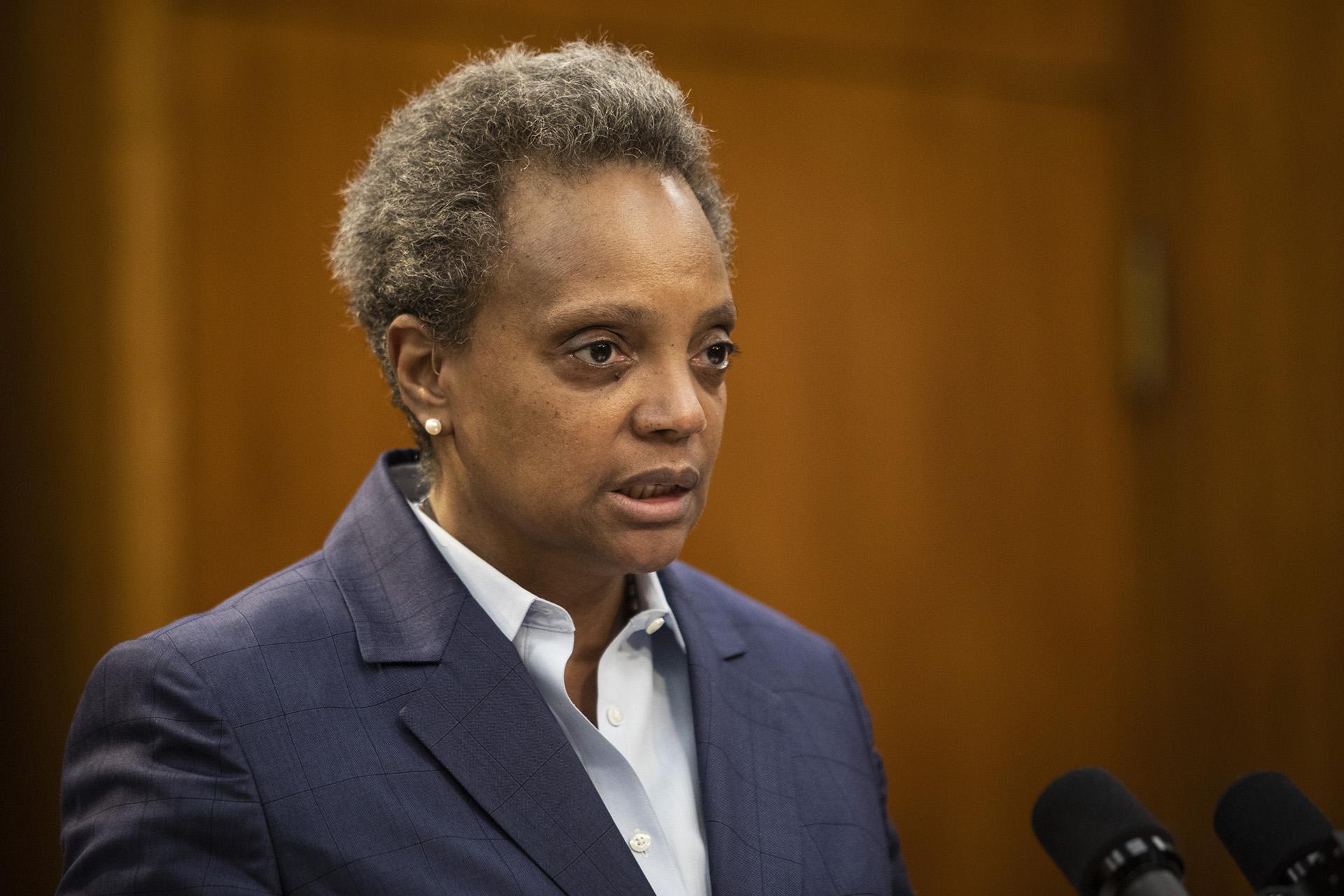 CHICAGO (AP) — Chicago’s fired police chief was having drinks with a woman for hours the mid-October night officers found him sleeping behind the wheel of his SUV, according to two newspapers citing unidentified sources.

Mayor Lori Lightfoot fired Superintendent Eddie Johnson on Monday for “ethical lapses,” just weeks before he was set to retire. She said an inspector general’s report, which hasn’t been released to the public, revealed he misled her and the public about the circumstances of that evening and showed “flawed decision-making.” She declined specifics, citing an ongoing investigation, adding that her decision not to share details was out of deference to his family.

“While at some point, the inspector general’s report may become public and those details may be revealed, I don’t feel like it is appropriate or fair to Mr. Johnson’s wife or children to do so at this time,” Lightfoot said at a City Hall news conference.

Johnson, 59, publicly blamed an issue with his medication, saying he felt lightheaded while driving home and pulled over and fell asleep. He also told Lightfoot he’d had “ä couple of drinks with dinner” earlier that night. Johnson has been hospitalized during his three-year superintendent tenure for a blood clot and a kidney transplant.

However, the reports by two Chicago newspapers shed a different light.

Johnson was found in his car by officers early Oct. 17. The officers did not conduct any sobriety tests and let their boss drive home. It was unclear if they would be disciplined. The Tribune reports that Johnson partially rolled down the window on his police vehicle, showed his superintendent’s badge and drove away.

Johnson, who has not spoken publicly since he was fired, was set to retire at the end of the month after three decades with the Chicago Police Department. Former Los Angeles Police Chief Charlie Beck, who was named as an interim replacement, took over Monday and spent the day meeting with department officials.

“This is not at all how I envisioned the transition but, and I think this is very important, this will not deter the transition,” he said Tuesday at a news conference on an illegal gun operation. “You know, Superintendent Johnson and I will talk. We have talked. He has the best interests of the city and CPD at heart as do I.”

He said he and Johnson are friends, but everyone has to be accountable.