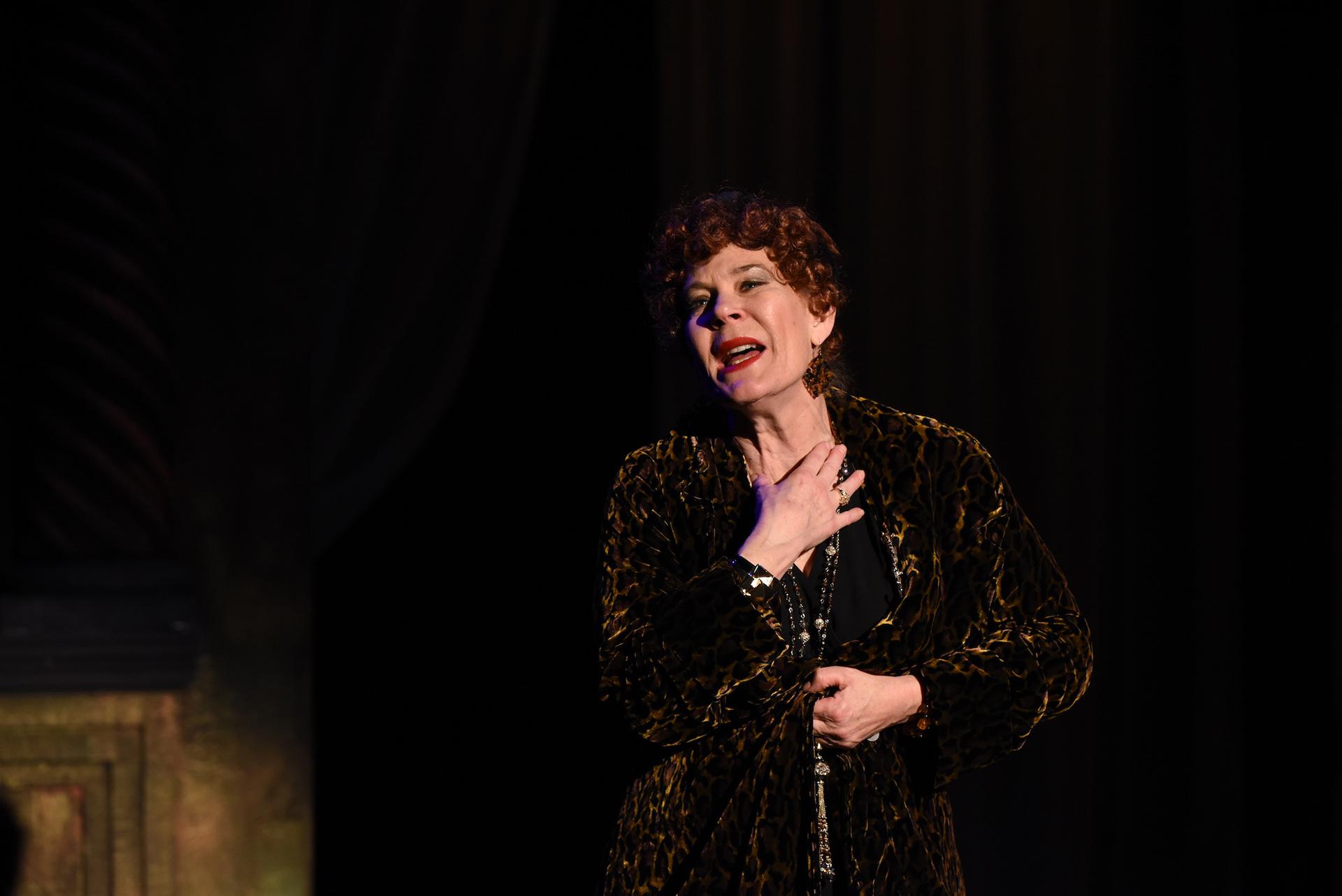 When Stephen Sondheim was contemplating turning director Billy Wilder’s 1950 film classic “Sunset Boulevard” into a musical Wilder warned him: “You can’t write a musical about it; it has to be an opera. After all, it’s about a dethroned queen.” So the story goes.

Sondheim abandoned the project, but Andrew Lloyd Webber, maestro of the rock opera genre, took on the challenge. And together with writers Don Black and Christopher Hampton he created the show that opened in London in 1993, and has featured a number of stars (Patti LuPone, Glenn Close and Betty Buckley among them) in a role made famous on film by Gloria Swanson.

A musical-opera hybrid, “Sunset Boulevard” captures the dual face of Hollywood as a dream factory and a dream destroyer. And it spins the haunting tale of Norma Desmond, an aging, once fabled star of the long gone silent film era who refuses to surrender to the reality of change, and of Joe Gillis, the young, down-on-his-luck Hollywood writer who essentially sells his soul and becomes Norma’s kept man and the editor of her screenplay, which she believes will mark her return to fame and glory in the movies.

Chicago’s formidable Porchlight Music Theatre opened its 25th anniversary season with a grand-scale, yet winningly intimate production of “Sunset Boulevard” that deftly incorporates the story’s cinematic and theatrical elements, and taps into both its wildly melodramatic moments and its aching realism. And director Michael Weber has gathered an A-list cast led by Hollis Resnik as Norma. 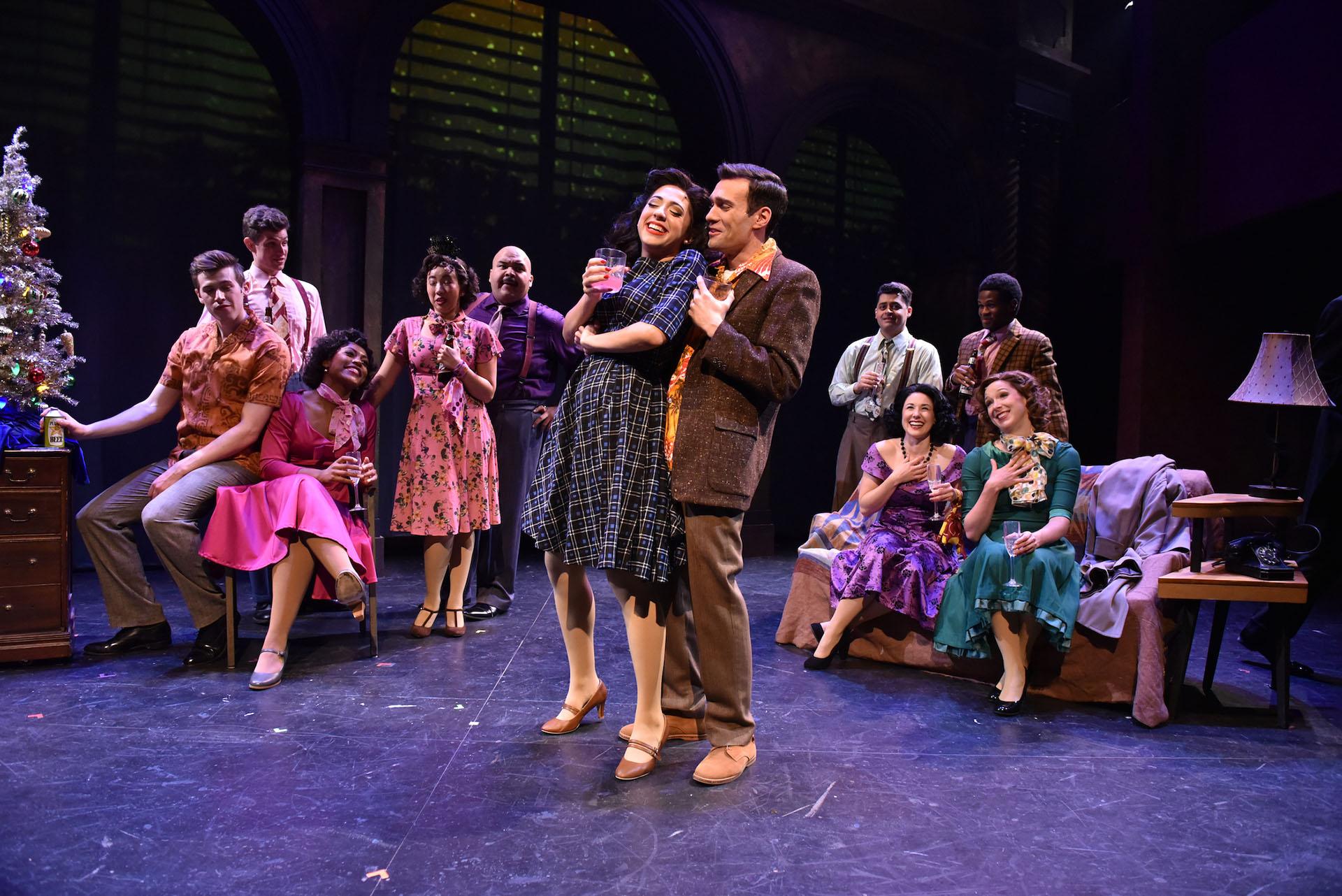 Michelle Lauto as Betty Schaefer and Joe Giovannetti as Artie Green and members of the “Sunset Boulevard” cast from Porchlight Music Theatre. (Photo by Michael Courier)

Resnik, who has starred on nearly every major stage in Chicago (and beyond) for decades, possesses the distinctive voice and aura essential for the role. And she is fearless enough to use her experience as a “seasoned” performer to make her character fully believable rather than grotesque and laughable, capturing Norma’s sadness, madness, nostalgia, desperation, manipulativeness, and tragic hunger for eternal youth, love and purpose.

The show opens with a film sequence that conjures the heyday of Paramount Pictures with the use of projections, and the Isadora Duncan-like moves of a young dancer (the lovely Mandy Modic) that suggest what Norma might have been like as the 16-year-old beauty who captivated director Max von Mayerling, her first husband. It then jumps to 1949, when Joe (Billy Rude, a tall, thin actor with a fine voice who expertly captures his character’s angry, opportunistic impulses) is trying to jump-start his screenwriting career.

After trying (and failing) to sell his script to a producer, and bantering with the man’s smart and beautiful young script reader, Betty Schaefer (the luminous, lush-voiced Michelle Lauto), the penniless Joe must escape a couple of mobsters who want to repossess his car, and he swerves blindly up to the garage of a grand but dilapidated mansion on Sunset Boulevard. 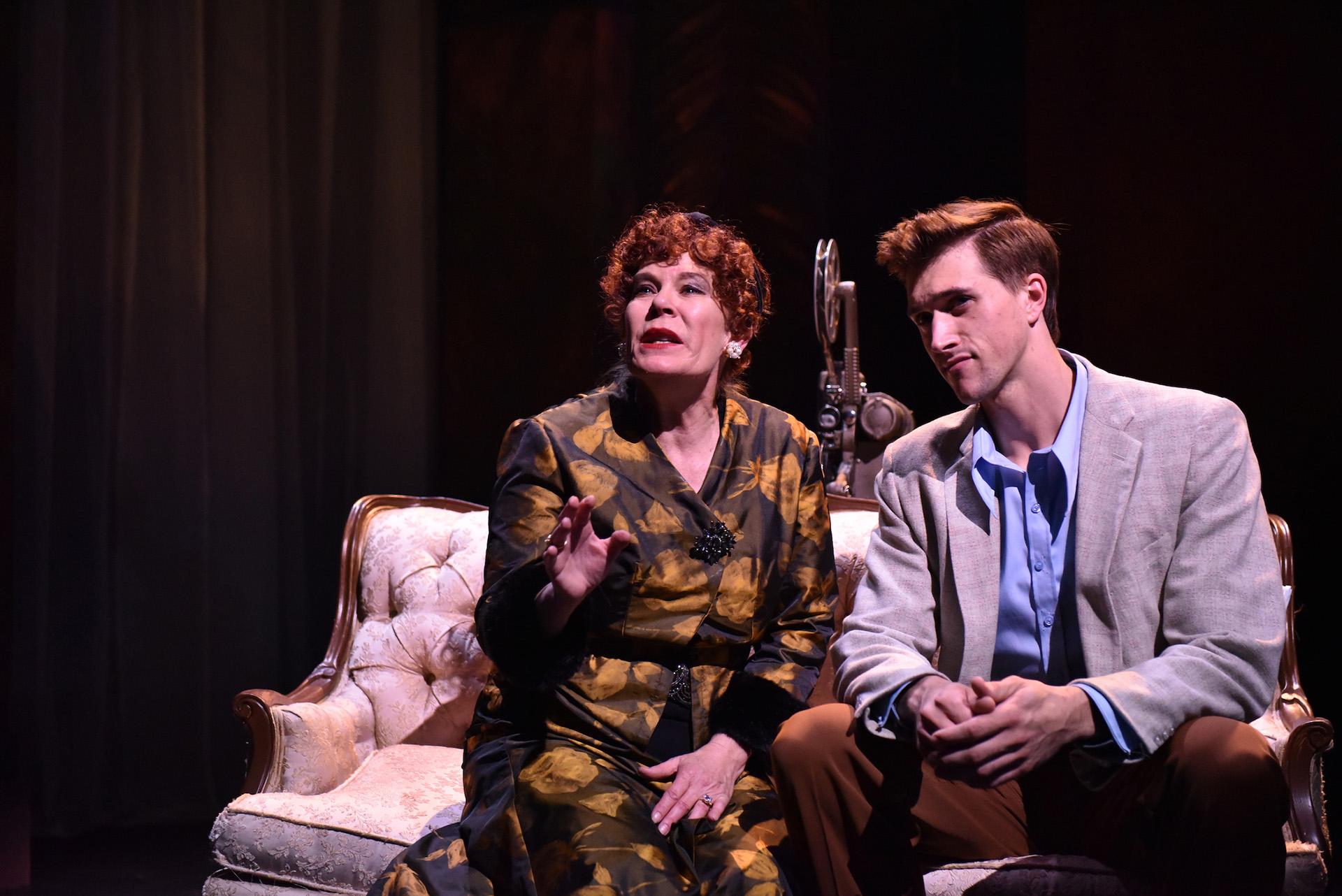 This is the home of Norma, who still has money, and her adoring butler/caretaker Max (veteran Chicago actor Larry Adams in an absolutely brilliant vocal and dramatic turn), who has never abandoned her, and obsessively keeps the flame of her starry past (and his love for her) alive.

Norma will not “surrender” her past, and Max sees to it that she doesn’t have to, no matter what this might entail. Joe’s arrival provides Norma with the hope that her script for a film version of “Salome” (in which she ludicrously believes she will rekindle her career by playing the seductive 16-year-old of Biblical fame), will reignite her collaboration with director Cecil B. DeMille (David Girolmo) at Paramount. Along the way, Joe, awash in self-loathing for playing along with Norma, and living off her money, falls for Betty (who is already engaged to be married). Catastrophe looms when they hope to make a movie once again with the gracious but disinterested DeMille turns out to be a delusion, and Norma discovers Joe’s liaison with Betty. 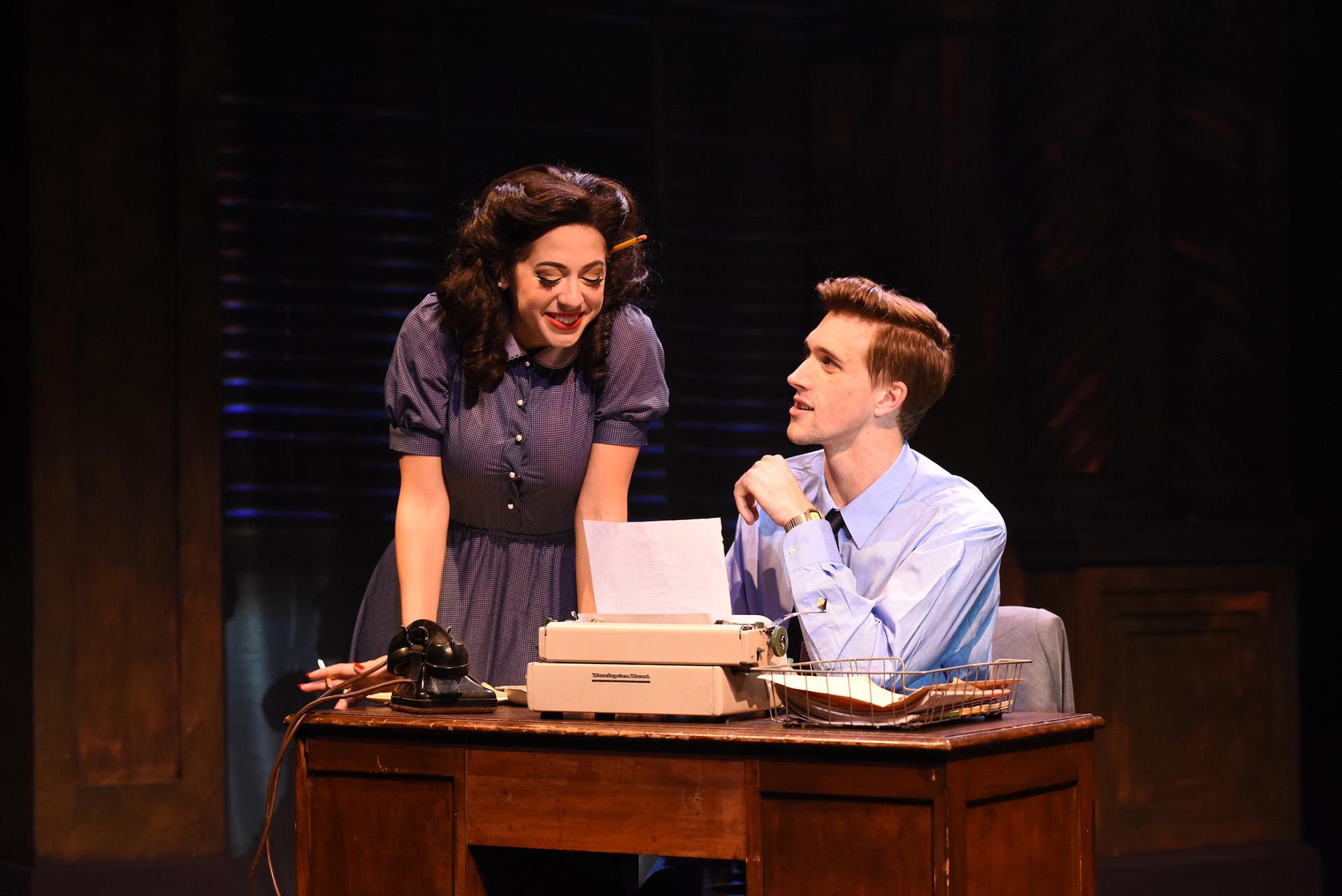 Lloyd Webber’s score ideally evokes the personality of each character, and the script borrows several gems from the screenplay (Norma’s memorable line to Joe, “I am big; it’s the pictures that got small,” and her iconic final words, “Alright Mr. DeMille, I’m ready for my close-up!”). And it captures even more of her soul as she explains in the song, “With One a Look,” that with just her facial expression alone she “could break any heart” and “play every part” in silent films.

Aaron Benham’s musical direction (and his orchestra of seven), is superb, as is the show’s large ensemble of supporting actors. And Jeffrey D. Kmiec (unquestionably the hardest working set designer in Chicago) has crafted everything from a gilded staircase, to Paramount Pictures’ front gate, to Schwabs’ Pharmacy and soda fountain (the popular hangout for young Hollywood dreamers), while Bill Morey’s costumes suggest both the glamor and the struggle in America’s often cruel dream capital.

Porchlight Music Theatre’s production of “Sunset Boulevard” runs through Dec. 8 at The Ruth Page Center for the Arts, 1016 N. Dearborn St. For tickets ($39-$66) call (773) 9884 or visit www.PorchlightMusicTheatre.org. Running time is 2 hours and 25 minutes with one intermission.