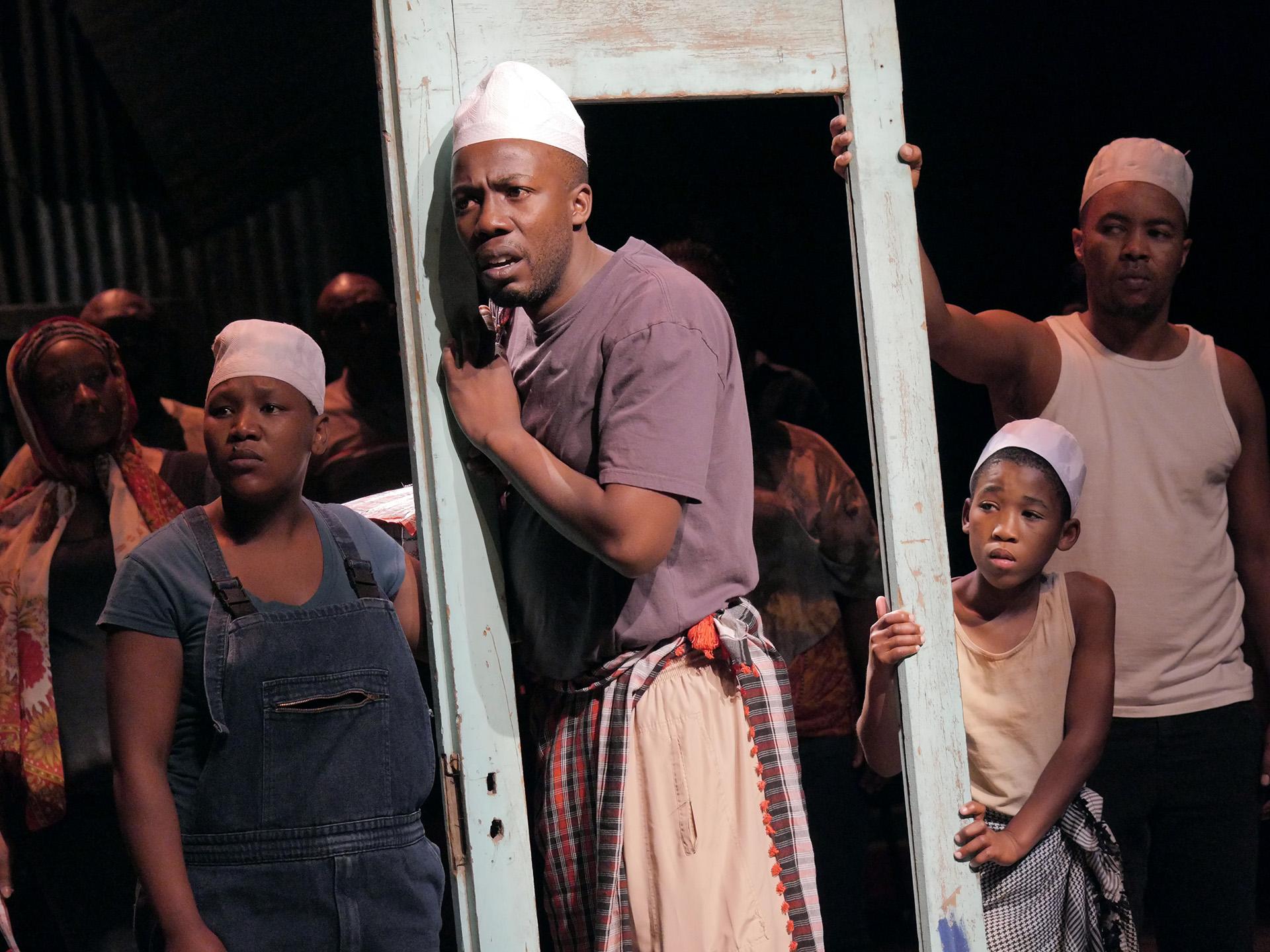 You have barely one week to catch “A Man of Good Hope,” the heart-wrenching, fiercely honest, staggeringly beautiful production by South Africa’s extraordinary Isango Ensemble that is now on stage at the Chicago Shakespeare Theater as part of its invaluable WorldStage programming.

If you care about the plight of immigrants and refugees; the nature of human endurance; and the power of theater, dance, music and bravura talent to illuminate the quest for survival, you will not let this show pass you by. It is, quite simply, an example of artistry of the highest form. Miss it at your own peril. See it and you will not soon forget it.

The Isango Ensemble has visited Chicago once before, performing an enthralling marimba-driven version of Mozart’s opera, “The Magic Flute” in what was then the outdoor Skyline Stage. It was truly magical. Aside from the presence of marimbas, this show is something very different. It homes in on real life rather than fantasy, and spares no one in the process.

Based on a book by Jonny Steinberg that chronicled the real-life odyssey of Asad Abdullahi, a Somali refugee who was just 8 years old when his mother was brutally murdered by militia men who attacked Mogadishu during the country’s civil war in 1991, the story spans more than two decades and has been brilliantly adapted and directed by Mark Dornford-May, with superb music direction by Mandisi Dyantyis and choreography by Lungelo Ngamlana, both of whom were also behind the Mozart work. 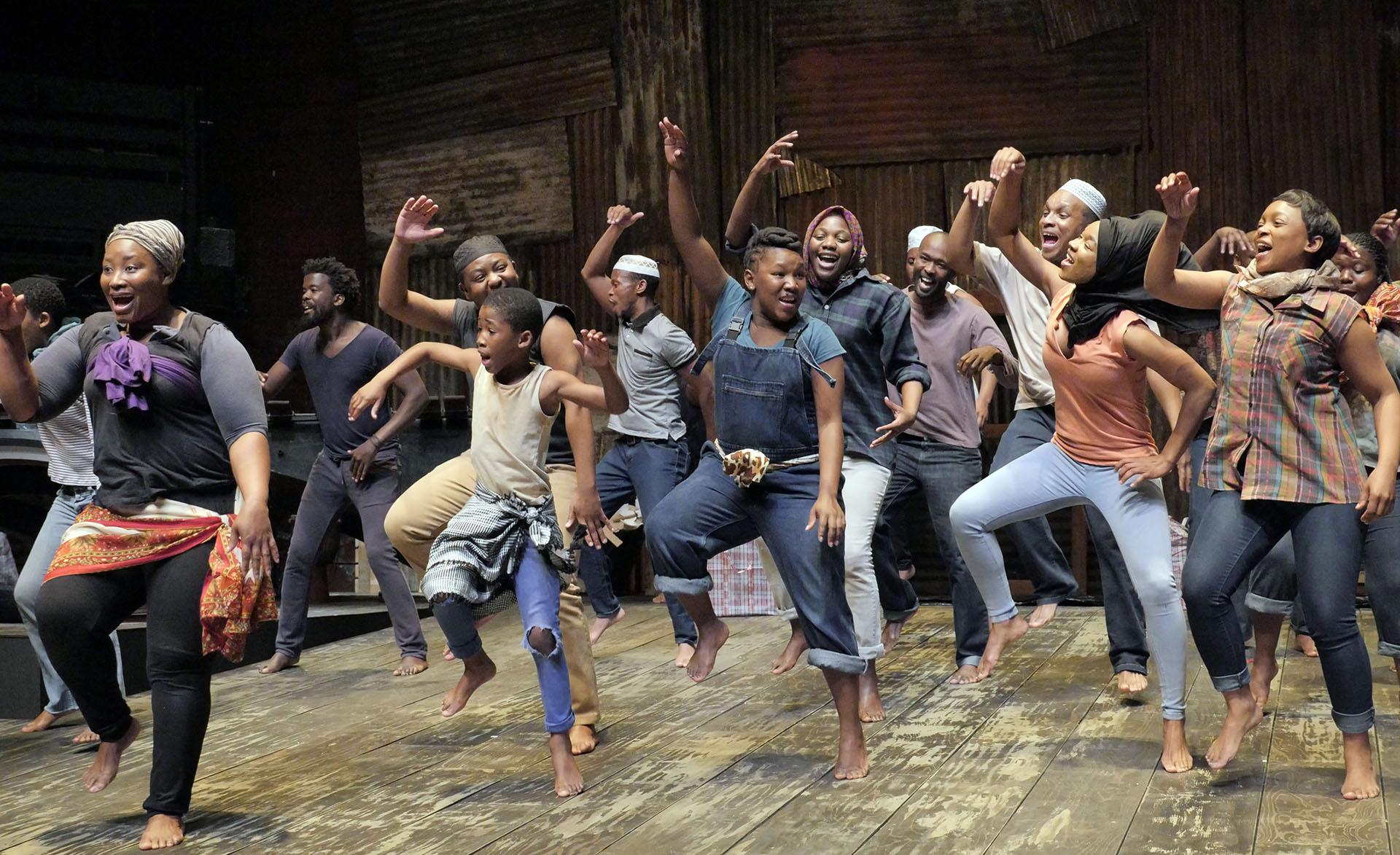 And bringing it to life with unique radiance is a group of 20 performers, many of whom are from the townships surrounding Cape Town, South Africa, and all of whom can act, sing, dance and, in some cases, play the marimba with consummate skill.

Chief among them is Siphosethu Hintsho, a very boyish-looking teen whose impact is rooted in something far beyond “talent.” His beautifully expressive face and physical grace are instantly transfixing, and his ability to capture Asad’s youthful energy and old soul are absolutely remarkable. You cannot help but want to save him. And you also might find yourself asking where his acting genius will take him.

What happens when a traumatized 8-year-old is left totally alone in a brutal environment and must either fend for himself or die? If he is lucky, he will encounter another lonely survivor. Asad is and encounters a woman who grudgingly feeds him at first and who is then faithfully nursed by him after she is shot. It is then on to a U.N. refugee camp where she eventually abandons him after she gets papers to emigrate to the U.S. but he does not.

Along the way Asad learns English and a slew of other languages. He realizes he has a sharp brain for business and heads out onto the road again and again, traveling a twisted path to Ethiopia, Kenya, Tanzania, Zambia and finally to post-apartheid South Africa, where he expects good things, but where the running expression, “Sorry, my friend,” is rife with irony. The country also is the scene of rampant acts of violence, with the blame placed on the broken promises of a corrupt government that was supposed to be a democracy that fostered equality and prosperity. 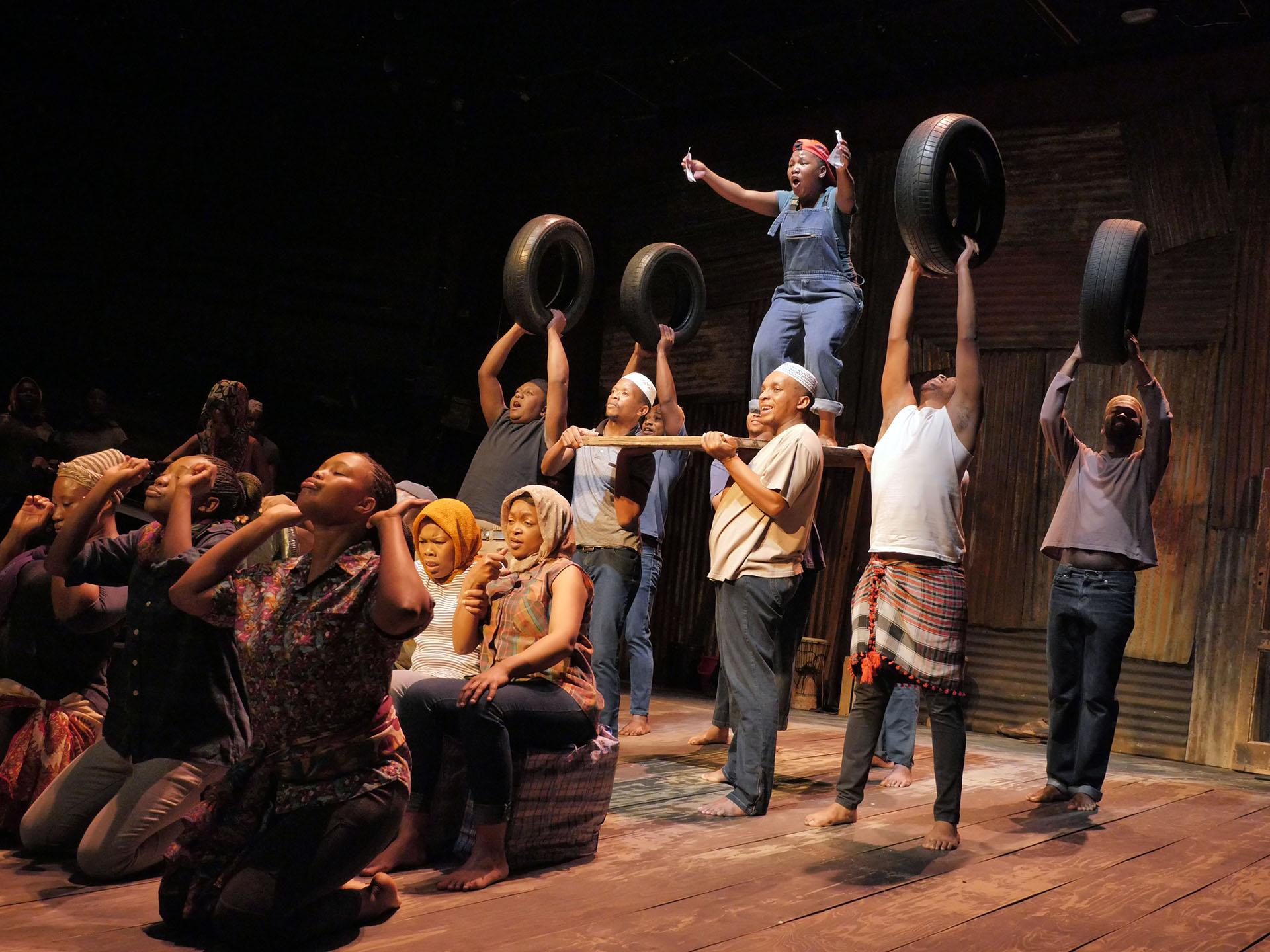 Moving into adulthood Asad (played excellently first by Ayanda Tikolo and then by Thandolwethu Mzembe) earns money as a translator for other refugees, marries and has a son with the demanding and damaged Foosiya (Cikizwa Rolomana). He also works as a grocery store manager, and tries to be generous with other people but ends up having his efforts trashed. Above all, he becomes painfully aware of the racism among clans and nationalities throughout Africa and learns that Somalis are seen as grasping, money-obsessed, job-stealing intruders. There is no welcome mat for him in South Africa, and this intensifies his own clannishness. He has yet to head for America.

The storytelling techniques deployed here are effortlessly finessed and draw you into one man’s fate and the shaping of his soul with a riveting intensity. The miracle of it all is that somehow, out of all the carnage and brutality and misery, a man emerged with at least a vestige of good (if deeply scarred) hope.

Note: “A Man of Good Hope” will travel to the University of Michigan in Ann Arbor for performances on Oct. 18 and 20, and then to Ontario, Canada, where it will run Nov. 14-17. Some inspired benefactors should underwrite a production at the Kennedy Center in Washington, D.C., and make it imperative viewing for all government officials.