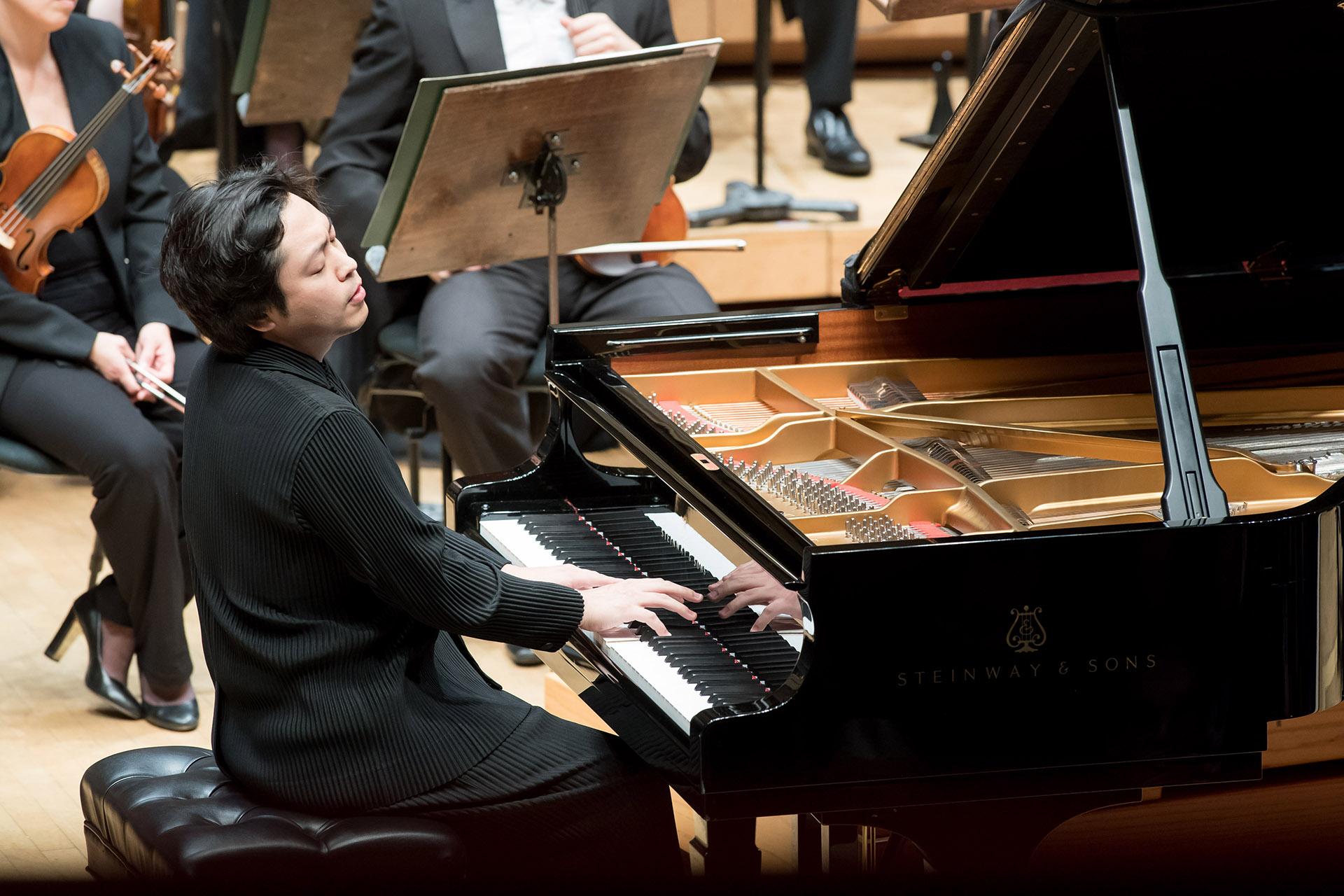 While it might seem like this season will be an around-the-clock 250th birthday celebration of Beethoven by every orchestra in the world, Friday’s concert at the Symphony Center delivered something altogether fresh and brilliant (and non-Ludwigian) on every count.

Not only was the Chicago Symphony Orchestra at its rip-roaring best as the dynamic conductor Kirill Karabits led a concert featuring an intriguing mix of works by Prokofiev, Mendelssohn and Witold Lutoslawski, but pianist Sunwook Kim also made a simply smashing CSO debut.

To start things off (just as the Jewish High Holy Days drew to a close), there was Prokofiev’s rarely heard “Overture on Hebrew Themes.” A brief but fascinating riff on traditional Jewish folk tunes, it was originally written in 1919, and scored for a string quartet, clarinet and piano – at the request of the composer’s former students at the St. Petersburg Conservatory who were planning a visit to a music school in Jerusalem.

Two decades later, Prokofiev arranged the sextet for an orchestra with a full complement of strings, winds, horns and trumpets. And the result is a unique mix of klezmer-like melodies and rhythms infused with the sort of dramatic symphonic elements that bear Prokofiev’s distinctive signature.

Then came Sunwook Kim, a boyish-looking man of 31 (with a fabulous head of hair) who grew up in South Korea and is based in London. He played Mendelssohn’s lush, virtuosic “Piano Concerto No. 1 in G Minor” and “Capriccio brilliant in B Minor for Piano and Orchestra” to ravishing, rippling effect, moving seamlessly from the stormiest passages to the most lyrical sequences with an astounding physical and emotional fluidity.

The concerto is a vivid, flamboyant marvel, and Kim launched into its thunderous, rapid-fire opening in a way that signaled he was made for Mendelssohn, and then proceeded to bring the same insight and a contrasting delicacy into the work’s slower, more introspective passages. The music clearly flows through Kim before it reaches his fingers. And while his articulation is phenomenal, his sound is rich and velvety. And his gift for capturing the full sweep of the music as if he were riding on a powerful, free-flowing river is uncanny.

Throughout, the orchestra (which clearly displayed a genuine affection for both Kim and Karabits, the Ukrainian-born conductor who has led England’s acclaimed Bournemouth Symphony Orchestra for the past 11 seasons), played beautifully. Karabits and the musicians established a pristine synchrony with the pianist as the low strings sang Mendelssohn’s sweet melodies, and the brass confidently pronounced a more excited state of being. And together they generated the kind of joy, excitement and originality that infuses all the composer’s work, and prompted composer William Schuman to describe Mendelssohn as “the Mozart of the 19th century.”

The brief capriccio that followed the concerto is a showpiece in its own right, with the piano backed by plucked strings and an overall mix of the contemplative followed by a winning lightness and playfulness. A marvelous “planned encore” of sorts.

The second half of the concert was devoted to Lutoslawski’s “Concerto for Orchestra,” composed in the early 1950s. It was a great revelation.

Scored for a full orchestra, with a large and varied percussion section, piano, celesta, two harps and big brass, it is a great crazy-quilt of sound and color, with everything from rhythmic twists on folk themes (and the subtlest hints of Bartok and a bit of neo-classical Stravinsky), and even a sequence of birdlike sounds and bells.

The concerto’s second movement even weaves something akin to the sense of magic spells and whirling energy in Mendelssohn’s “A Midsummer Night’s Dream,” before stopping almost as if in midair. And its final movement suggests there is something brewing and keeps you listening intently as Lutoslawski stirs things up with a complex mix of sounds, subtle dissonance, and eccentric rhythms that create an almost cinematic effect before winding up with the clash of cymbals.

This is a thrilling, inventive, color-streaked work that should be performed far more often. And it was played to perfection under the meticulous, precisely shaped direction of Karabits, who should be invited back to lead the CSO more often, too.