Today’s sacrifice to the gods of hot oil: Cream of Wheat.

Like many Midwestern children, we at Deep Frydays HQ grew up eating the occasional bowl of Cream of Wheat for breakfast on a cold morning – a hot cereal of the “nutritious glop” variety (see also: oatmeal, grits, Malt-O-Meal, cream of rice) that you had to pound full of butter, sugar and cinnamon to make edible.

Though it may not sound like it, we actually liked Cream of Wheat – at least, we liked it as a warm and comforting vehicle for butter, sugar and cinnamon – even before we knew of its Chicago bonafides. Cream of Wheat was among the many products introduced at the 1893 Columbian Exposition (as was the king of hot gloppy mush: Quaker Oats). At the World’s Fair, journalists who tried it said it had the consistency of a doormat, so one can only assume they had no butter, sugar or cinnamon at their disposal.

One of Cream of Wheat’s most useful qualities for our purposes is that when it’s cooked and chilled, it takes on a firm, easily molded texture that holds its shape well enough to get plopped into a fryer. Before frying, we went back to original principles by rolling our balls of cold cooked Cream of Wheat in cinnamon sugar. Then we added a surprise center because we’re not regular moms, we’re cool moms.

This second component of our Deep Frydays breakfast made its Chicago debut in the 1930s thanks to Italian migrant and former pastry chef Salvatore Ferrara, who founded his candy and confectionary company Ferrara Pan in 1908. Today known as Ferrara Candy, the company is headquartered in Oakbrook Terrace and makes many candy favorites including Lemonheads, Atomic Fireballs, Jujyfruits, and most importantly for us, Red Hots and Appleheads. The “Pan” in the company’s name refers to the process of panning, in which a center for a candy is rolled around in a pan to create a sugar coating. In our application, the entire candy becomes the center. 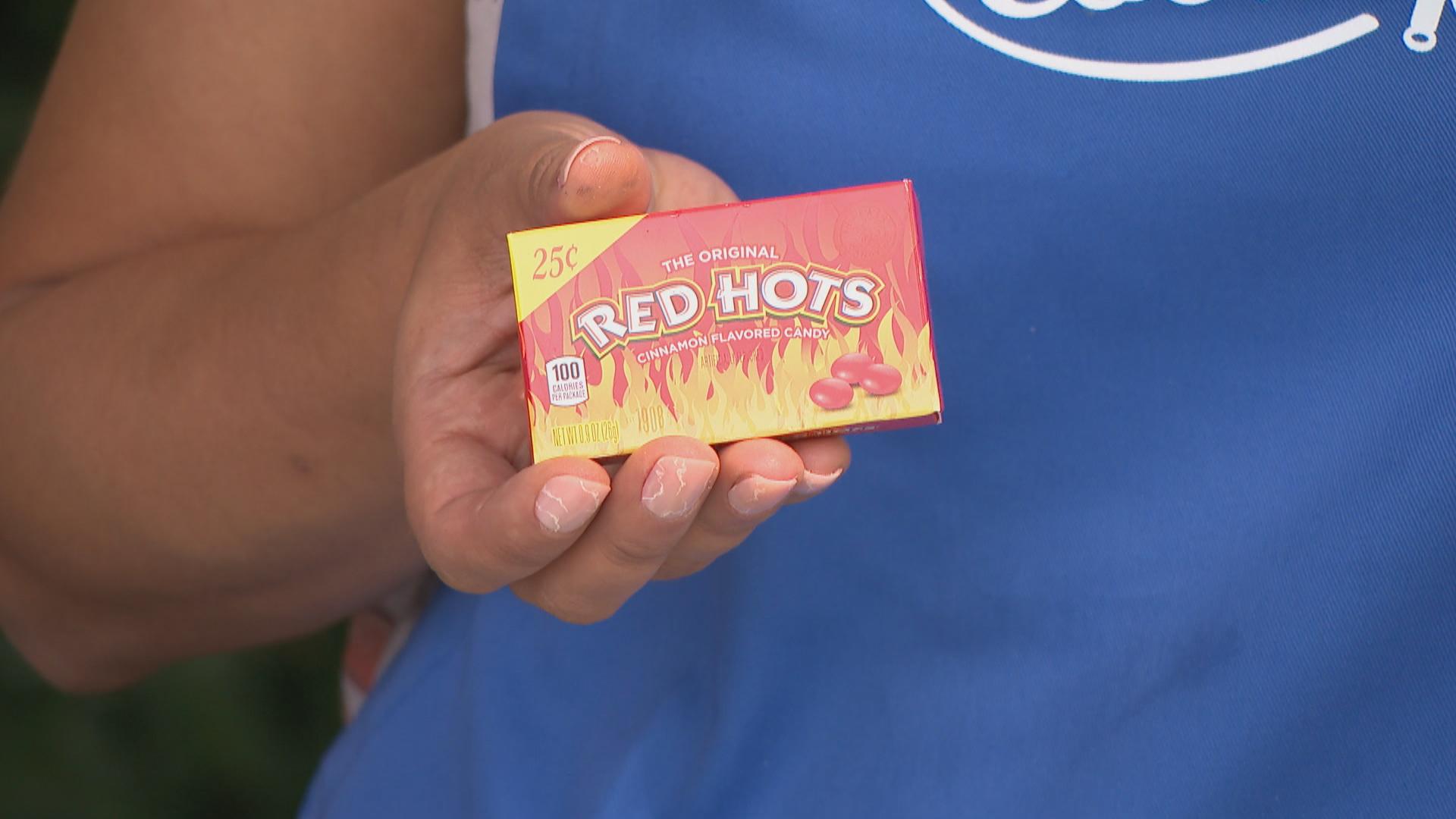 Red Hots are a tiny, super-cinnamony hard candy, so they were an obvious choice as an addition to a scoop of Cream of Wheat, but for variety (and because a box of them was next to the Red Hots at the candy store) we also auditioned Appleheads as a flavored center. You know what they say: If life gives you wheat goop, make deep-fried wheat goop, and jam some candy in it while you’re at it.

• 2 cups cooked, chilled cream of wheat (we used half milk, half water to cook it)

Scoop out about a tablespoon of Cream of Wheat and form into a ball around candy. Roll in cinnamon sugar. Fry for about a minute, then drain. Disappoint people when you tell them it’s not a doughnut hole, but then excite them when you tell them there’s candy in the middle, and then disappoint/excite them again when they eat it. Honestly, it’s a dice roll from there.

And no, there’s not a gluten-free version. It’s Cream of Wheat, you guys.