Today’s sacrifice to the gods of hot oil: Malort.

Nature, in her benevolence, will warn you away from things that are bad for you. A venomous frog’s bright colors warn predators they’re a bad choice for lunch; spines on lamb’s ear plants stop deer from munching on its leaves; and the hideous flavor of the wormwood-flavored liquor Malort makes it exceedingly clear that under no circumstances should it ever, ever be consumed. At least not on purpose.

Depending on whom you ask, knocking back a shot of Malort is either the mark of a true Chicagoan, a bonding ritual akin to hazing, a cruel joke played on the unwitting, or total BS. What side you fall on might be a function of age. That’s because while the funky-tasting liqueur does have a long and genuine Chicago pedigree (our colleague Evan Garcia recently covered the return of its manufacture to Chicago) it was a relative obscurity in Chicago limited to a handful of dive bars until it was rediscovered by millennials. Yeah, I said it. They somehow got their tatted hands on it and made it a social media sensation thanks in part to the phenomenon known as “Malort face” – the puckered, tortured, contorted expression that results from drinking something that, let’s face it, shouldn’t be tasted at all.

And now, we’ve got folks claiming to actually enjoy it. There’s even a 5K dedicated to it, if you’re looking for the intersection of everything annoying in 2019 Chicago.

Anyway, if you’ve sampled Malort and thought to yourself, ‘Hey, I wonder how I could isolate just the part that tastes like a tire fire?’ boy do we have a recipe for you.

• Malort (the three-year-old bottle some jerk left behind at your house will do fine, it’s not like it can get any worse with age)

Toss cubes of angel food cake with enough Malort to moisten, but not soak them. (We used probably a cup of Malort for 3 cups of cake cubes.) Fry in hot oil until golden at the edges, then drain, dust with powdered sugar, then wait for an unsuspecting rube to happen upon what looks like delicious treats.

Pro tip: Make sure your camera’s ready so you can put it on Insta. 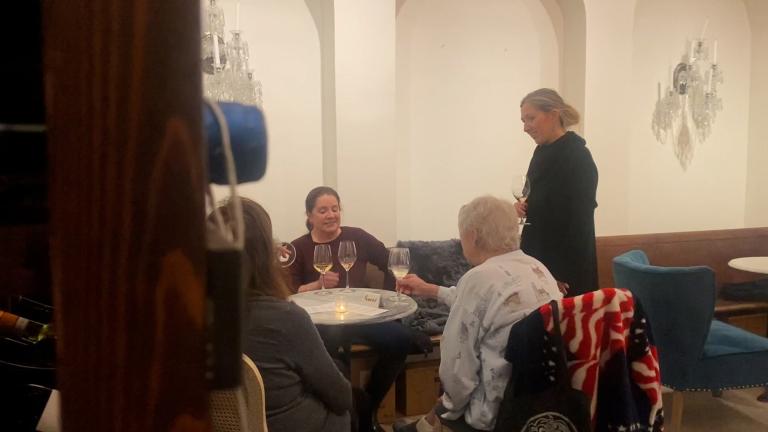