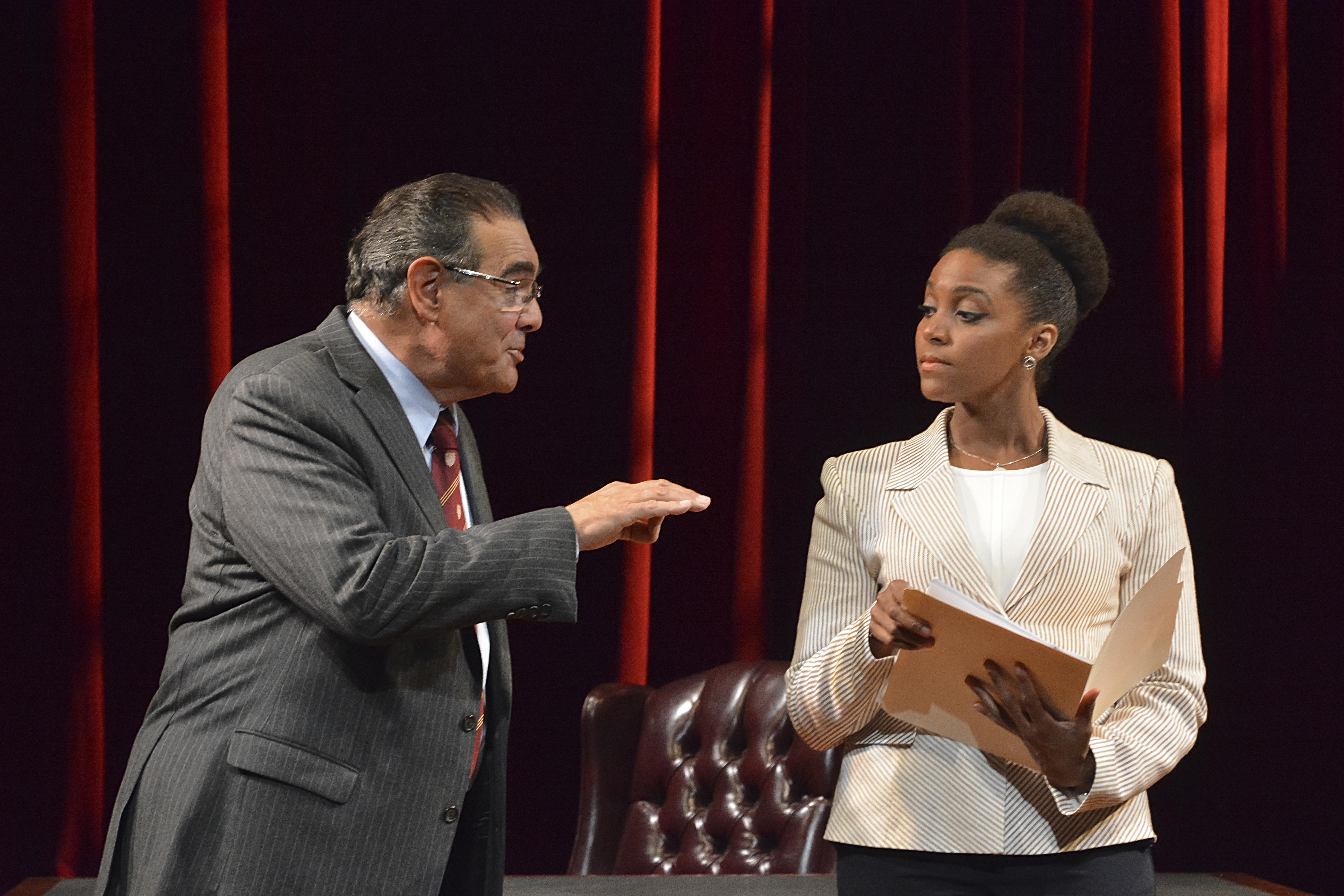 Edward Gero and Jade Wheeler in “The Originalist” at Court Theatre. (Photo by Gary W Sweetman)

Although much to his disappointment he was never named chief justice of the Supreme Court of the United States, Antonin Scalia, who served on the bench as associate justice from 1986 until his death in 2016, exerted a monumental influence on the Supreme Court’s decisions by way of his uniformly conservative, strict constructionist interpretations of the Constitution that he preferred to call “originalist.”

By his own admission, Scalia moved this country to the right. And as he proudly proclaims in John Strand’s 2015 play, “The Originalist,” now at Court Theatre, his views on such matters as affirmative action, abortion, gun rights, the death penalty and same-sex marriage never wavered, even if the society around him underwent radical change. Scalia also had no illusions about public sentiment towards him, noting that “half the country sees me as a monster, while the other half sees me as a hero.”

Yet there have been 27 amendments made to that document over the years, with the crucial first 10 of them (the Bill of Rights) adopted as early as 1789. Strand’s play never really addresses the essential fact that a provision was made for such an amendment process from the very start. Nor is Scalia challenged regarding his use of the musical metaphor, for while the notes in classical scores can remain the same, interpretations of the music can vary significantly. 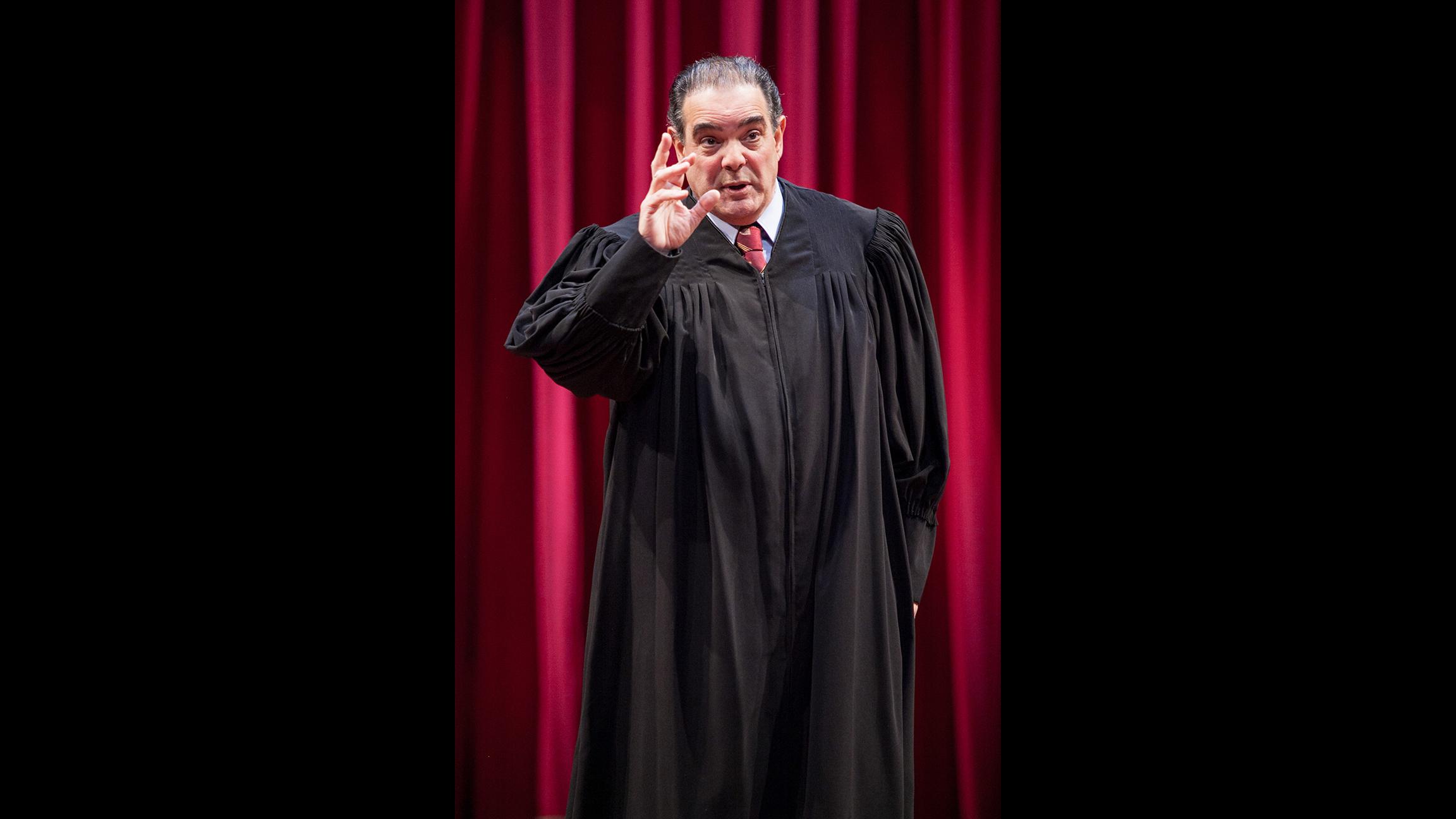 But all that is not really Strand’s purpose in “The Originalist,” a timely, often engaging, but rather obviously constructed “argument play” whose greatest strength is the performance by Edward Gero – a dead ringer for Scalia in face, figure and temperament. (The actor, who originated the role at Washington, D.C.’s Arena Stage in 2015, and engaged in many visits with the justice before his death, has since played the role at California’s Pasadena Playhouse, and will reprise his performance this summer when the play is remounted, once again under the direction of Molly Smith, at New York’s 59E59 Theaters.)

The operative conceit in “The Originalist” is this: As Justice Scalia, in his late 70s, prepares to enter a new term at the Supreme Court, he invites Cat (Jade Wheeler) to interview for a much-coveted job as his law clerk for the coming year. Like him, Cat is a whip-smart, fiercely ambitious and competitive Harvard Law School grad – an only child, a Catholic, and someone who can give as good as she gets (perhaps too brashly, given the difference in their age and status). An African-American and a lesbian, Cat also is diametrically opposed to Scalia’s opinions on all major issues.

Yet Scalia assures her that he values debate with his law clerks. (As he explains it, “It reminds me of how right I am.”) In addition, he confesses that he not only loves having the liberal Justice Ruth Bader Ginsburg as a friend, but that he greatly enjoys sparring with her because it gives him insights into how he will have to counter her when it comes time to frame his arguments in court. (In a thankless role that feels quite unnecessary, Strand also gives us Brad – played by Brett Mack – the quintessential young neocon who Cat bluntly brands as “a suck-up.”) 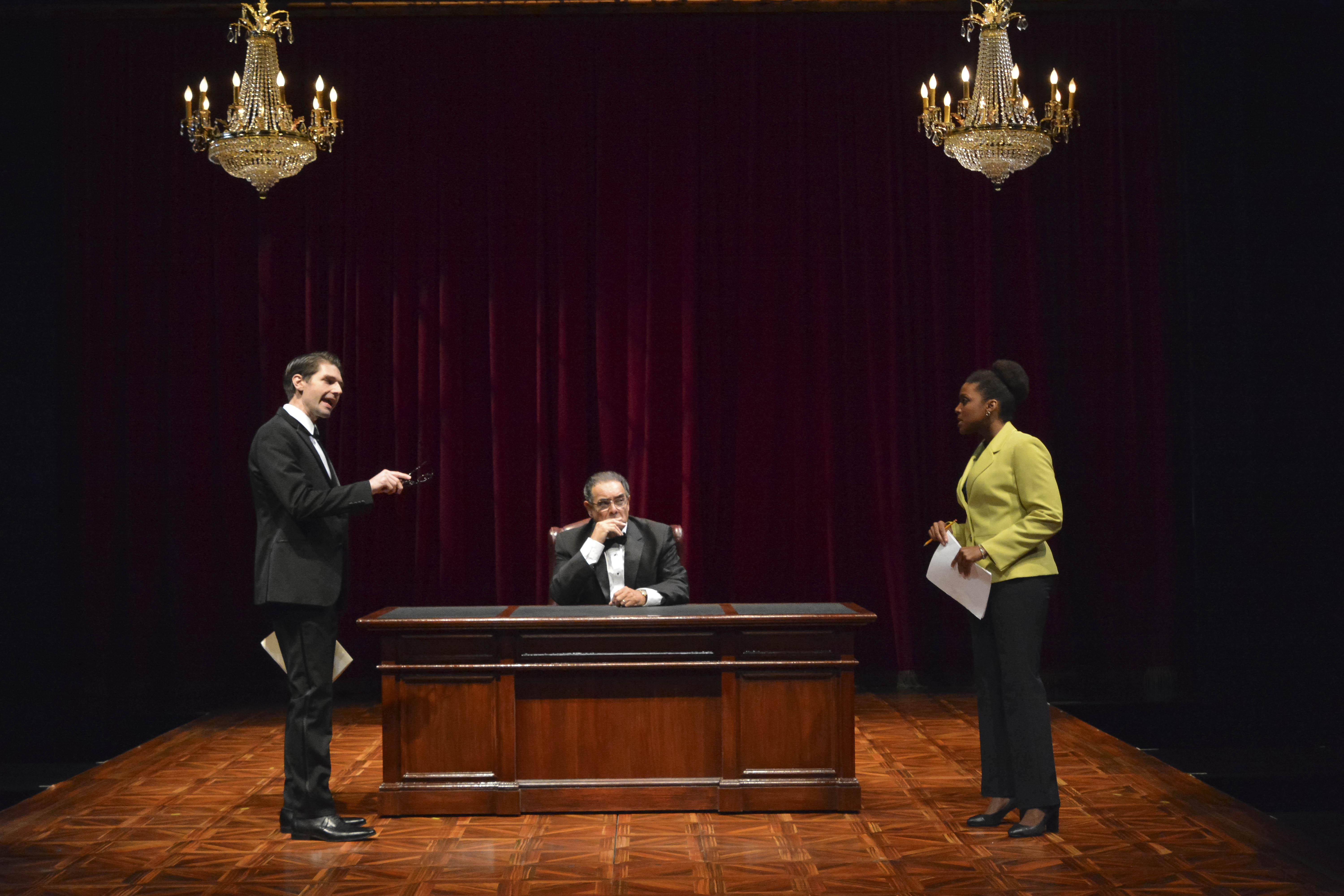 It’s a good bet that no one seeing “The Originalist” will undergo a major shift in their opinions on any of the matters debated, many of which have continued to be challenged well after decisions have been handed down. But, they certainly will be reminded of how the Supreme Court’s polarization reflects the temper of the current moment in politics, even if the court is supposed to be in a realm separate from politics.

“The law has punishment at its heart,” says Scalia, adding that “[liberal] sentiment is not justice.” And with that you certainly are awakened to the fact that any hope for cultivating a middle ground is likely to be doomed.