Brandis Friedman | February 2, 2015 11:00 am
Chicago Public Schools students will be back in the classroom tomorrow after today's school closures.

Just last week, students made up one of the cold days from earlier in January.

While the weather-related closures may have been controversial at the time, there's another storm brewing for CPS over the Partnership for Assessment of Readiness for College and Careers (PARCC) standardized testing. 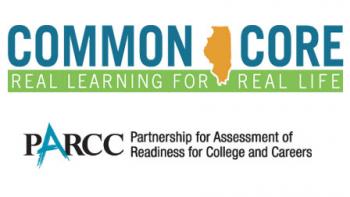 In Illinois, it's the standardized test to replace the ISAT test, and align with the new Common Core State Standards.

The online test is to be given to all third- through eighth-graders, and some high schoolers in Illinois starting next month.

But, citing a number of concerns related to technology and timing, CPS has said it will only test 10 percent of schools.

On Friday, all school district superintendents and board chairs received a letter from the State Supt. of Education Chris Koch, and board chairman James Meeks.

Without naming any districts, the letter says, "We are directing you to administer the PARCC assessment to all students, except those who are specifically exempted under the law. If any district does not test, ISBE will withhold its Title I funds."

So, there is the concern with money, but there are also the educational concerns.

“If the Chicago Public Schools, which is one of the largest populations of students in the state of Illinois, does not test a significant portion of its students, then we won’t have an adequate representation of how Chicago’s students are doing nor would we have an adequate representation of how Illinois' students are doing, particularly with respect to the mix of demographic characteristics of the Chicago school population versus the rest of the state,” said James Pellegrino, professor and co-director of the Learning Sciences Research Institute at the University of Illinois at Chicago. “Third consequence is I think an interesting one, and it is that we’re not actually giving students a chance to sort of see what these new assessments are like and what the demands are. We’re not giving them a chance to show us what they can do and what they struggle with, and we’re not getting information to their parents and their teachers about how CPS students are doing in moving toward mastery of what is intended in the Common Core.”

The letter refers to several federal funding grants, as well as the General State Aid funding source -- altogether, it could add up to $1.38 billion for the district.

I've requested the chance to interview someone at the district about this several times, but have only received a statement saying that CPS Board President David Vitale and CPS CEO Barbara Byrd-Bennett have received the letter and are evaluating the impacts on the district.

I also caught up to School Board Vice President Jesse Ruiz who was in a hurry and couldn't grant an on-camera interview, but would say the district is in between a rock and hard place in deciding whether to subject students to a test that isn't ready for them yet --but at the same time, the district wouldn't want to jeopardize the student's funding.

Ruiz did say the board would have to weigh all options and the severity of what's at risk, including administering the test to a greater number of students.

The district and critics of the test have expressed concerns that it takes far too long to administer the test and cuts into instructional time, and that the questions on the test are confusing and far beyond what students are prepared to answer.

There are also the technology concerns, and whether the district has the capability to give a computerized test to that many students. 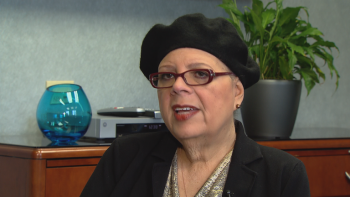 It's one of the few places where the Chicago Teachers Union agrees with CPS.

“I think that the problem is that the PARCC test is a really bad test. I mean, if anybody’s gone online and taken any of the practice sample tests, they’ll see; one it’s confusing. I mean, you’re asking kids to do a lot of dragging and dropping, and scrolling this way and scrolling that way. I mean, they’re all things that affect ‘results,’ which PARCC hasn’t, you know, been honest about, been straightforward about,” said CTU President Karen Lewis. “And I also think what’s important to zero in on is why are we spending all this money on testing when it doesn’t tell us anything that we don’t already know. So, I guess, my big problem is why is the federal government and why is the State Board of Education so adamant? You know, why are they threatening the city of Chicago or the entire state?”

There is a paper version of the PARCC exam that the district could give as an option. And in response to some of the district's concerns, the State Board of Education says the PARCC accounts for less than 1 percent of the instructional class time this year.