Across the state this week, elementary and grade school students are sitting down to take the PARCC standardized test.

But there is a growing number of students who won't be taking that test -- even as their classmates do.

As those students "opt out," a new report from an education policy organization says the majority of teachers think this test is better than previous tests.

That research is from Teach Plus, a nonprofit that works to provide teachers a better understanding of education policy.

In a survey of more than 1,000 classroom teachers in Chicago, as well as Boston, Memphis, Nashville, and Washington, D.C., the group found that 79 percent of teachers think PARCC is a higher-quality test than previous tests -- like the ISAT, which PARCC replaces here in Illinois.

In Chicago alone, that number is even higher at 89 percent. Folks at Teach Plus think that may be more a reflection of the ISAT than PARCC.

While many teachers agreed the test is aligned to the new Common Core State Standards, the survey did find room for improvement.

Among their concerns: teachers were mixed on whether the test was grade-appropriate or too challenging; they felt they could use more sample questions and preparation materials, more professional development to help with preparing students for the test, and access to better technology.

All of that said, Teach Plus continues to believe that it is still better to give the test this year, than not.

“There's been a lot of conversation about, should we do the test or should we not do the test? And it’s become a big fight about that. And I really would urge people to think about how can we learn from the assessment that we’re giving it the first time around?” said Teach Plus Chicago Executive Director Josh Kaufman. “Now, admittedly, the first time you do anything… the first time you make a pancake, it comes out a little bit lumpy. So the first time you give an assessment, there will be some issues, and we know that and we expect it. So what can we learn from them? Where are the schools that had technical problems? Where do teachers need better support or where do teachers need to get results more quickly? I think those are areas where we can provide good feedback on an improvement. So I really urge people, rather than fighting about should we do it or shouldn't we, let's take it and learn from it so we can improve for the next time.” 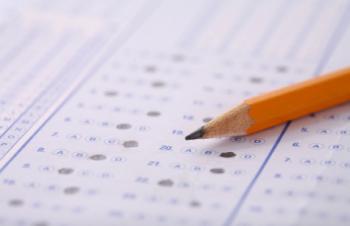 Even though the teachers in this survey believe PARCC has its merits, the Chicago Teachers Union and others have been especially critical of this test, and are urging parents to opt their students out of it.

CTU is hosting information sessions this week with parents, teachers, and aldermen. They'll be answering sample PARCC questions to prove what some teachers and parents have said: that the test is inappropriate for students in target grades.

They've also given some guidance to members on how to handle the students who will be opting out. One point of contention has been over what to do with those students. CTU says, "Teachers are not required to provide alternate instruction for refusing students, but students should be allowed to read or do classwork or homework."

Some parents have been told their children would only be allowed to “sit and stare.”

CTU also says: “Students should not be required to handle paper test booklets or sign into online tests after indicating their refusal. There are no guidelines from the state that require this. A verbal refusal is sufficient…”

And CTU urges "teachers to request that the administrations at their schools consider written notice from a parent as sufficient notice of refusal."

As we reported on Chicago Tonight yesterday, legislators are working on legislation that will allow parents to write letters of refusal to their child's schools in order to opt out, and would require educational enrichment if the child isn't taking the test. That legislation won't be ready for this testing window, but some parents are still joining the opt out movement now.

An Oak Park parent says the district has already implemented a "sit and stare" policy.

“So today, and over the course of the next few weeks, my child will have to repeatedly, every single time a new section of the test is presented, he will have to repeatedly refuse the test to his teacher; his teacher that he trusts, admires, and looks up to. And then, for the simple act of asserting his rights, the District 97 administration and the school board have decided that my child will be punished,” said Karen Yarborough, Oak Park District 97 parent. “My child and other children who are not participating in the PARCC will be prohibited from reading or writing or engaging in any other educational activity over the many hours of testing that will take place. Something has gone terribly, terribly wrong when our children are not allowed to read in their classrooms in our public education system.”

That legislation, HB0306, won't be ready in time for this testing window, and it may not be ready for the second round of PARCC testing at the end of the year.

But the parent advocacy group and PARCC critic, Illinois Raise Your Hand, says this is a long-term issue; the bill isn't just to deal with this year's testing.

Raise Your Hand says Chicago and the Winnetka school districts have the highest percentages of students opting out. Their director says they've tracked more than 70 districts around the state that have refusals.

The group More Than A Score created a map showing the locations where families are opting out of the PARCC test. View the map below. 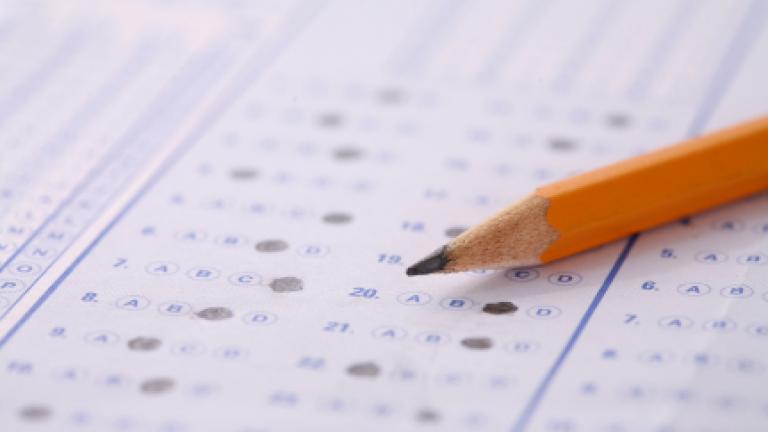