Video: “Chicago Tonight” discusses the trial of Derek Chauvin with attorney Dan Herbert, who represented former Chicago police Officer Jason Van Dyke when he was on trial for the death of Laquan McDonald; and James Montgomery, an attorney with James D. Montgomery & Associates. (Produced by Blair Paddock)

MINNEAPOLIS (AP) — The murder case against former Officer Derek Chauvin in the death of George Floyd went to the jury Monday in a city on edge against another round of unrest like the one that erupted last year over the harrowing video of Chauvin with his knee on the Black man’s neck.

The jury of six white people and six people who are Black or multiracial began deliberating after nearly a full day of closing arguments in which prosecutors argued that Chauvin squeezed the life out of Floyd last May in a way that even a child knew was wrong.

The defense contended that the now-fired white officer acted reasonably and that the 46-year-old Floyd died of a heart condition and illegal drug use.

After closing arguments were done, Judge Peter Cahill rejected a defense request for a mistrial based in part on comments from California Rep. Maxine Waters, who said “we’ve got to get more confrontational” if Chauvin isn’t convicted of murder.

The judge told Chauvin’s attorney: “Congresswoman Waters may have given you something on appeal that may result in this whole trial being overturned.” He called her comments  “abhorrent” and “disrespectful to the rule of law and to the judicial branch.”

The most serious charge carries up to 40 years in prison.

“Use your common sense. Believe your eyes. What you saw, you saw,” prosecutor Steve Schleicher said in closing arguments, referring to the bystander video of Floyd pinned to the pavement with Chauvin’s knee on or close to his neck for up to 9 minutes, 29 seconds, as onlookers yelled at the officer to get off.

Chauvin attorney Eric Nelson countered by arguing that Chauvin did what any reasonable police officer would have done after finding himself in a “dynamic” and “fluid” situation involving a large man struggling with three officers. 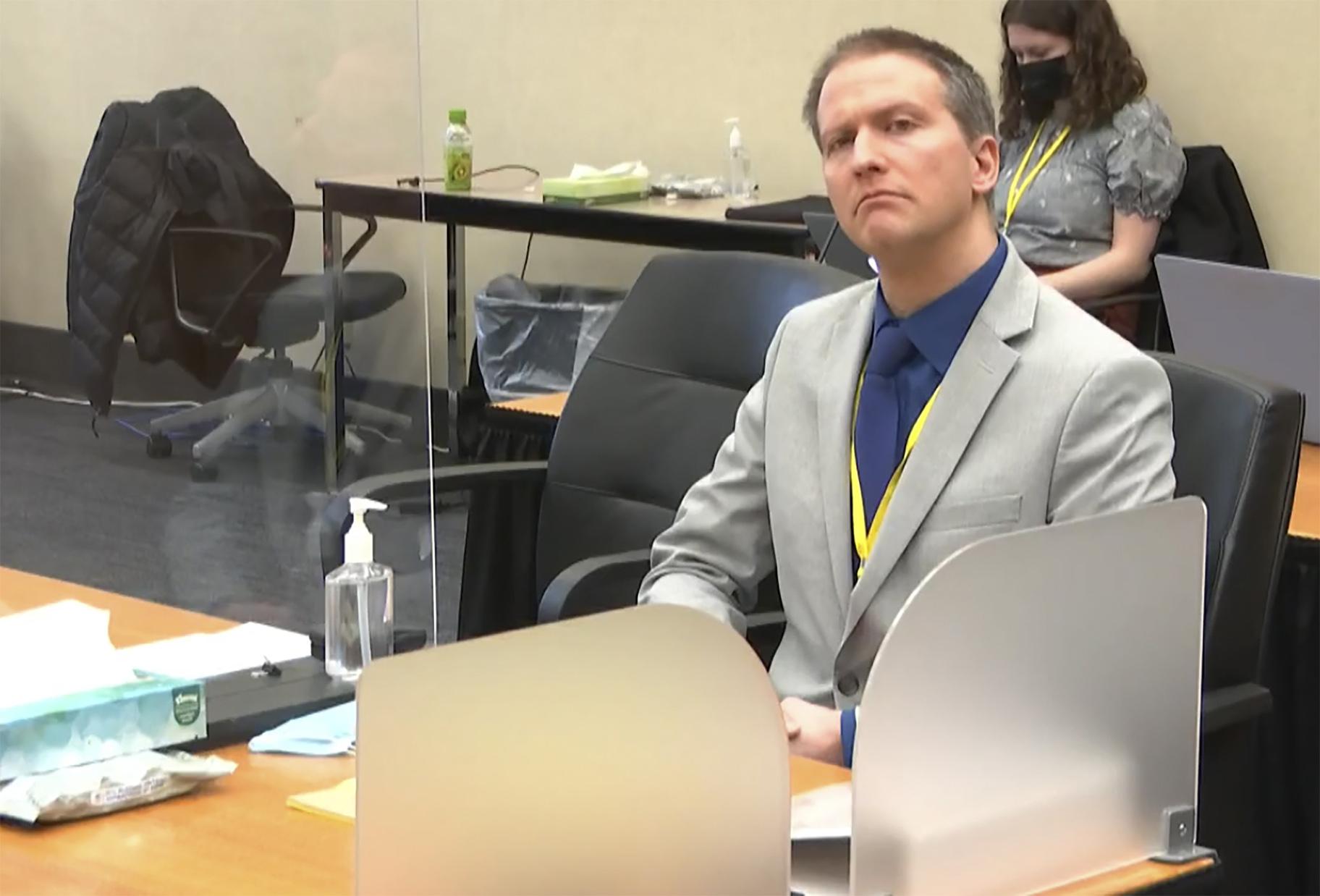 As Nelson began speaking, the now-fired Chauvin removed his COVID-19 mask in front of the jury for one of the very few times during the trial.

With the case drawing to a close, some stores were boarded up in Minneapolis. The courthouse was ringed with concrete barriers and razor wire, and National Guard members were on patrol. Floyd’s death last spring set off protests in the city and across the U.S. that sometimes turned violent.

The city has also been on edge in recent days over the deadly police shooting of a 20-year-old Black man, Daunte Wright, in a nearby suburb on April 11.

A couple of hundred people rallied outside of the courthouse shortly after the jury got the case, lining up behind a banner reading, “Justice for George Floyd and all stolen lives. The world is watching.”

Prosecutor Jerry Blackwell had the final word Monday, offering the state’s rebuttal argument. The prosecutor, who is Black, said the questions about the use of force and cause of death are “so simple that a child can understand it.”

“In fact, a child did understand it, when the 9-year-old girl said, ‘Get off of him,’” Blackwell said, referring to a young witness who objected to what she saw. “That’s how simple it was. ‘