WASHINGTON (AP) — North America’s skies are lonelier and quieter as nearly 3 billion fewer wild birds soar in the air than in 1970, a comprehensive study shows.

The new study focuses on the drop in sheer numbers of birds, not extinctions. The bird population in the United States and Canada was probably around 10.1 billion nearly half a century ago and has fallen 29% to about 7.2 billion birds, according to a study in Thursday’s journal Science.

“People need to pay attention to the birds around them because they are slowly disappearing,” said study lead author Kenneth Rosenberg, a Cornell University conservation scientist. “One of the scary things about the results is that it is happening right under our eyes. We might not even notice it until it’s too late.” 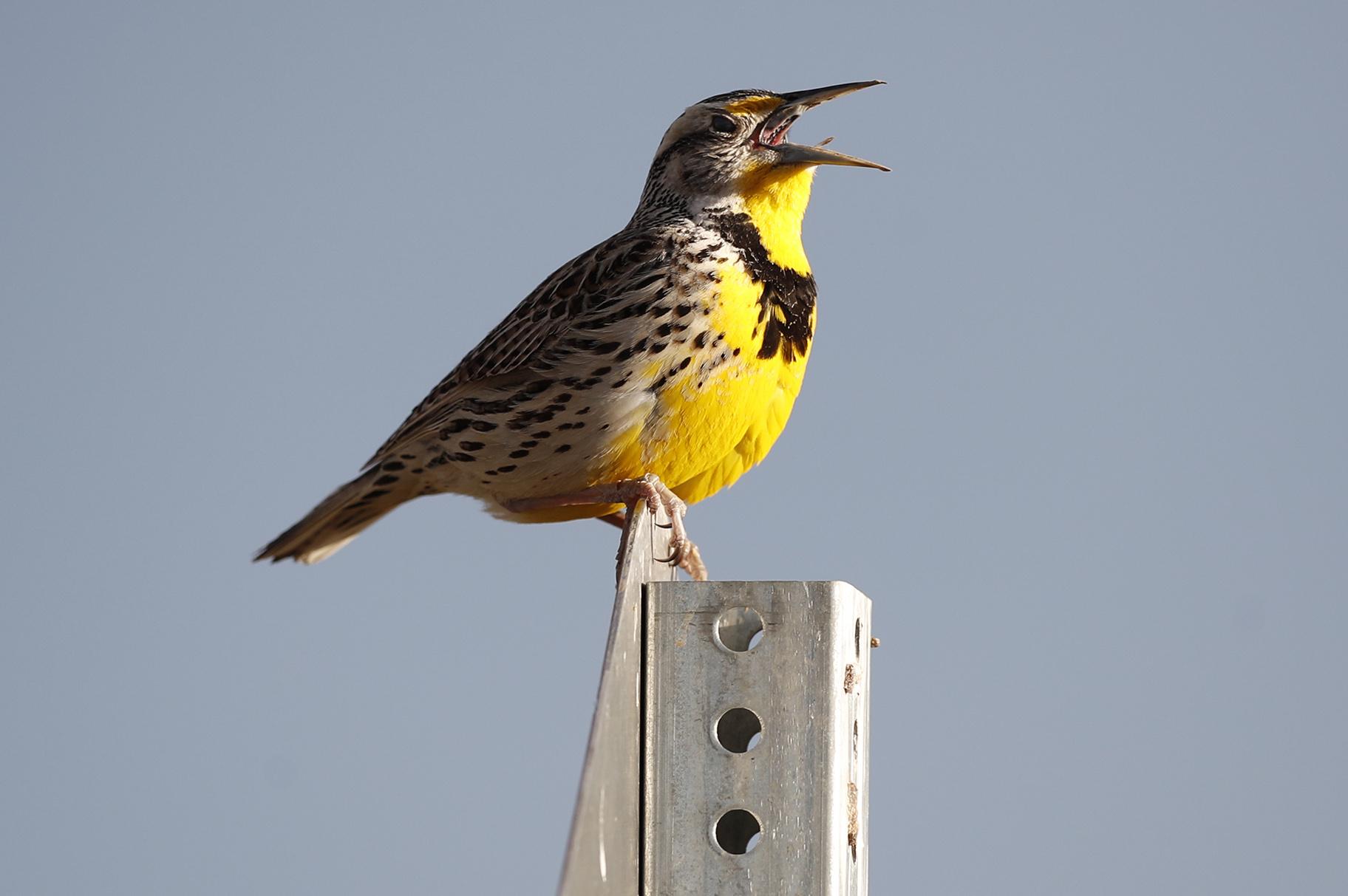 Rosenberg and colleagues projected population data using weather radar, 13 different bird surveys going back to 1970 and computer modeling to come up with trends for 529 species of North American birds. That’s not all species, but more than three-quarters of them and most of the missed species are quite rare, Rosenberg said.

Using weather radar data, which captures flocks of migrating birds, is a new method, he said.

“This is a landmark paper. It’s put numbers to everyone’s fears about what’s going on,” said Joel Cracraft, curator-in-charge for ornithology of the American Museum of Natural History, who wasn’t part of the study.

“It’s even more stark than what many of us might have guessed,” Cracraft said.

Every year University of Connecticut’s Margaret Rubega, the state ornithologist, gets calls from people noticing fewer birds. And this study, which she wasn’t part of, highlights an important problem, she said.

“If you came out of your house one morning and noticed that a third of all the houses in your neighborhood were empty, you’d rightly conclude that something threatening was going on,” Rubega said in an email. “3 billion of our neighbors, the ones who eat the bugs that destroy our food plants and carry diseases like equine encephalitis, are gone. I think we all ought to think that’s threatening.”

Some of the most common and recognizable birds are taking the biggest hits, even though they are not near disappearing yet, Rosenberg said.

The common house sparrow was at the top of the list for losses, as were many other sparrows. The population of eastern meadowlarks has shriveled by more than three-quarters with the western meadowlark nearly as hard hit. Bobwhite quail numbers are down 80%, Rosenberg said.

Grassland birds in general are less than half what they used to be, he said.

Not all bird populations are shrinking. For example, bluebirds are increasing, mostly because people have worked hard to get their numbers up.

A new study finds there are nearly 3 billion fewer wild birds flying in North American skies than in 1970.

Rosenberg, a birdwatcher since he was 3, has seen this firsthand over more than 60 years. When he was younger there would be “invasions” of evening grosbeaks that his father would take him to see in Upstate New York with 200 to 300 birds around one feeder. Now, he said, people get excited when they see 10 grosbeaks.

The research only covered wild birds, not domesticated ones such as chickens.

Rosenberg’s study didn’t go into what’s making wild birds dwindle away, but he pointed to past studies that blame habitat loss, cats and windows.

“Every field you lose, you lose the birds from that field,” he said. “We know that so many things are killing birds in large numbers, like cats and windows.”

In Illinois and other Midwestern states, bird advocates have blamed industrial farming practices as a major piece in the population drop puzzle.

“The most significant detrimental factors, as identified in the report, are really centered around modern agricultural practices and resource extraction. Monoculture fields of corn and beans, particularly in Illinois, Iowa and Nebraska, really is not providing the breeding habitat or stop over migratory habitat that birds need to sustain their population,” said Carl Giometti, president of the Chicago Ornithological Society.

Experts say habitat loss was the No. 1 reason for bird loss. A 2015 study said cats kill 2.6 billion birds each year in the United States and Canada, while window collisions kill another 624 million and cars another 214 million.

That’s why people can do their part by keeping cats indoors, treating their home windows to reduce the likelihood that birds will crash into them, stopping pesticide and insecticide use at home and buying coffee grown on farms with forest-like habitat, said Sara Hallager, bird curator at the Smithsonian Institution.

“We can reverse that trend,” Hallager said. “We can turn the tide.”

Giometti says people can also help by planting native plants in their gardens and yards.

“That is a huge help for migratory birds that are looking for the ability to refuel or looking for habitats to nest in.”

And he recommends getting involved with local conversation organizations.

“At this point the scale of the problem is really beyond something that’s going to happen from a collection of individual actions. Although those are meaningful, we need larger scale action here,” he said.

Note: This story was originally published Friday, Aug. 20, 2019. It has been updated to include quotes from Chicago Ornithological Society President Carl Giometti.