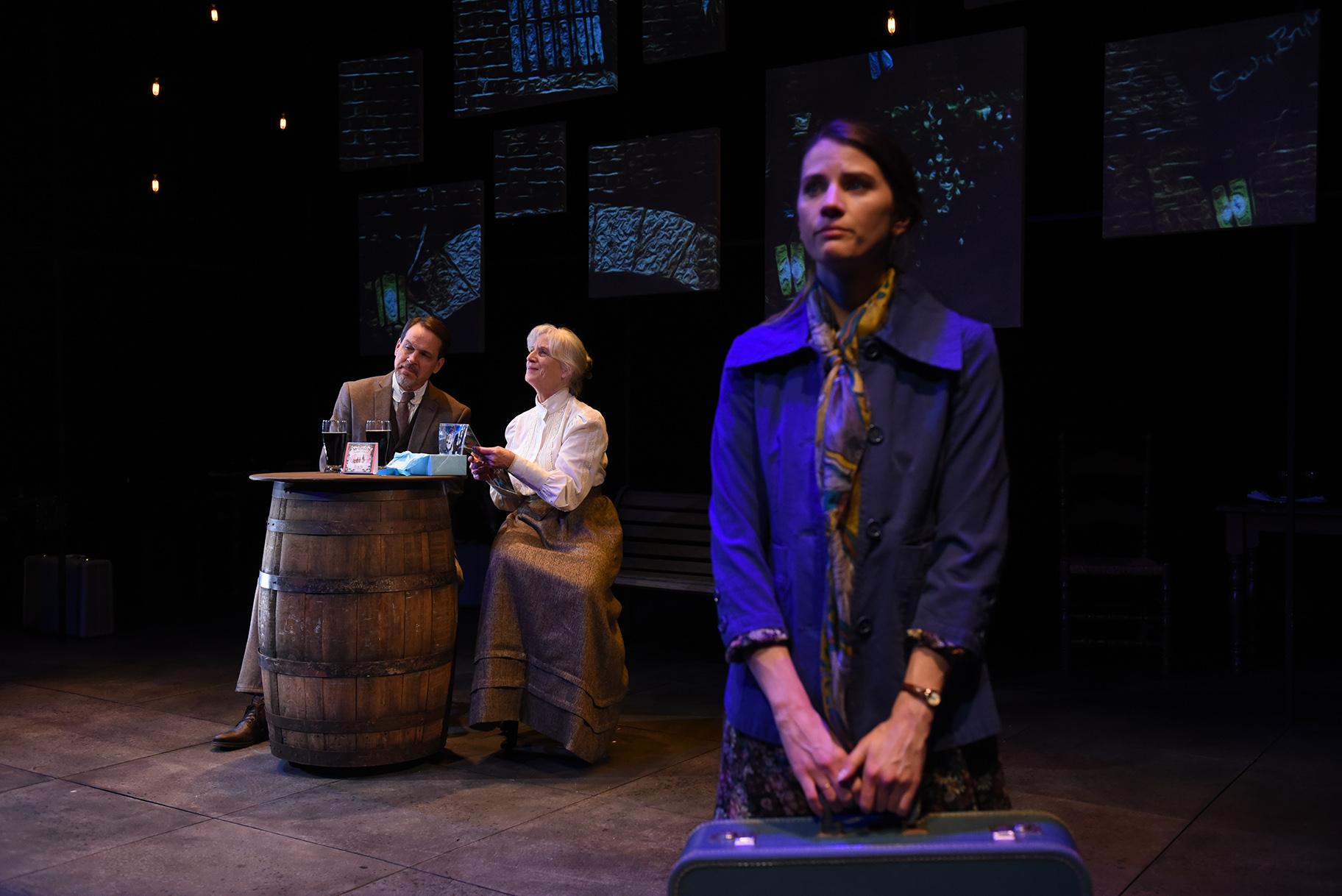 Time past, time present, time future and time shuffled and reassembled. Youth as recalled in old age. Old age as envisioned long before it descends. A life full of regrets about opportunities that might have been seized in a moment of golden innocence and attraction, but weren’t – either out of fear, awkwardness, or a lack of readiness. And unforgettable moments that were briefly savored, but then squandered, leaving behind nothing except deeply etched memories, regrets and “what ifs.”

All this, and more, is the subject of Steven Dietz’s hauntingly beautiful play, “Bloomsday,” now in a sublimely realized production by the Remy Bumppo Theatre Company.

The play takes its title from the celebration held each year in Dublin and beyond on June 16 – the same day chronicled by James Joyce in “Ulysses,” his groundbreaking early 20th century modernist novel, whose principal character, Leopold Bloom, wanders through the Irish city, all the while thinking of his wife, Nora Barnacle, her liaison with her lover, and much else. But while inspired by the Joyce masterwork, “Bloomsday” is no stage adaptation of the novel. Rather, it is a gorgeous, exquisitely imagined contemporary riff on Joyce’s essential themes – the intersection of time and memory, and matters of love and loss – that is fascinating and heartbreaking in its own very particular way. 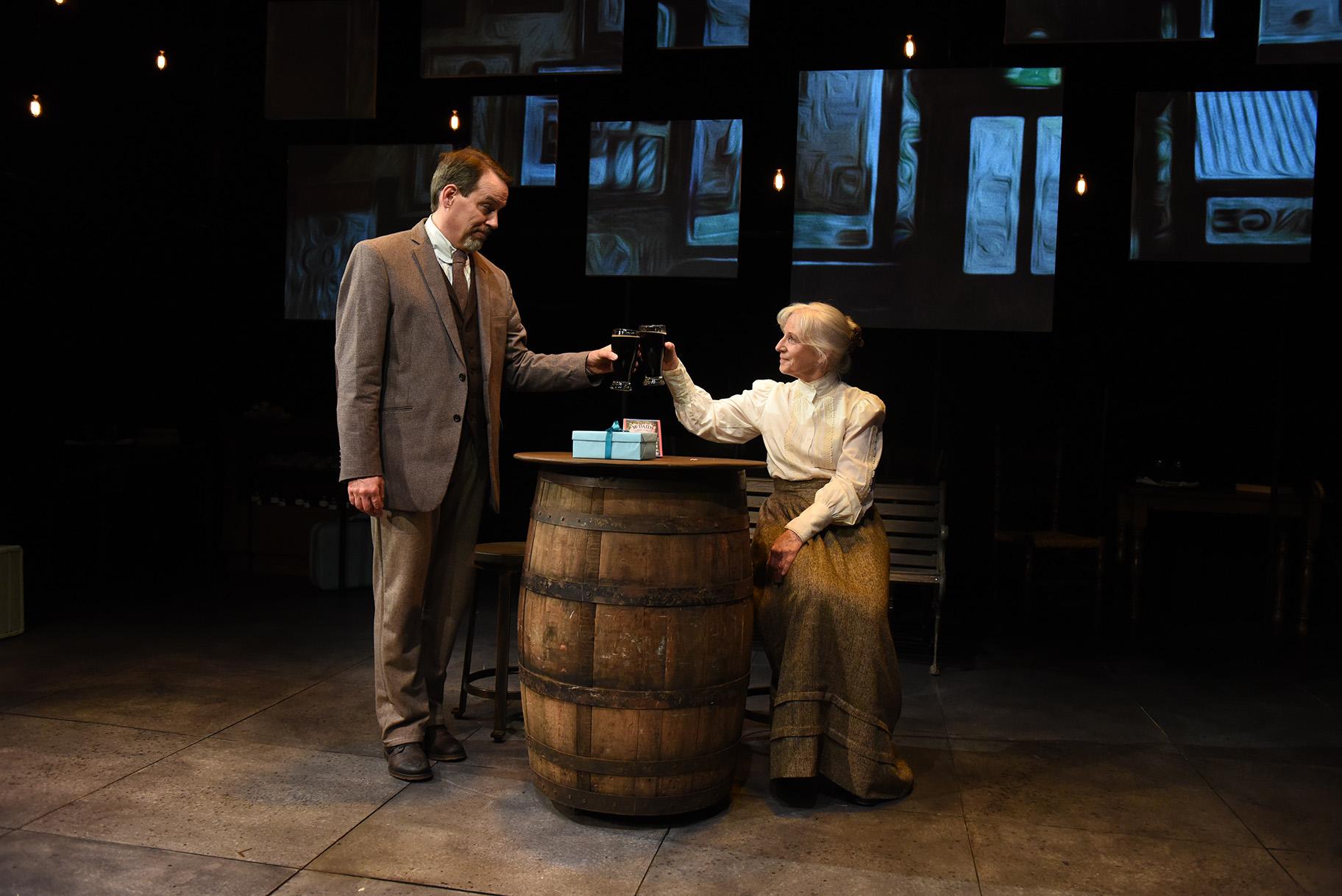 It all begins as Robert (Shawn Douglass), a rather sour, middle-aged American academic who teaches the novel (and clearly has a love-hate relationship with it), catches sight of Caithleen (Bryce Gangel). She is a pretty young woman who works as a tour guide and leads groups of mostly easily bored international tourists along the very route through Dublin that Bloom takes in Joyce’s “Ulysses.”

Robert is on a mission. He has arranged to meet the woman who, 35 years earlier, briefly (but permanently) captured his heart while he was a still unformed guy on a trip from his home in the U.S., and he will, in fact, reconnect with the now gray-haired Cait (Annabel Armour). But at the same time, a similar modern version of the romance gets underway as Robbie (Jack DeCesare), a handsome young fellow from Seattle who has no clue about Joyce, is quickly taken with Caithleen, and she with him. As it turns out, history will repeat itself, with echoes of the older pair’s brief but indelible encounter decades earlier replicated by the contemporary couple who, at moments, become something of a reincarnation of the older couple’s younger selves. 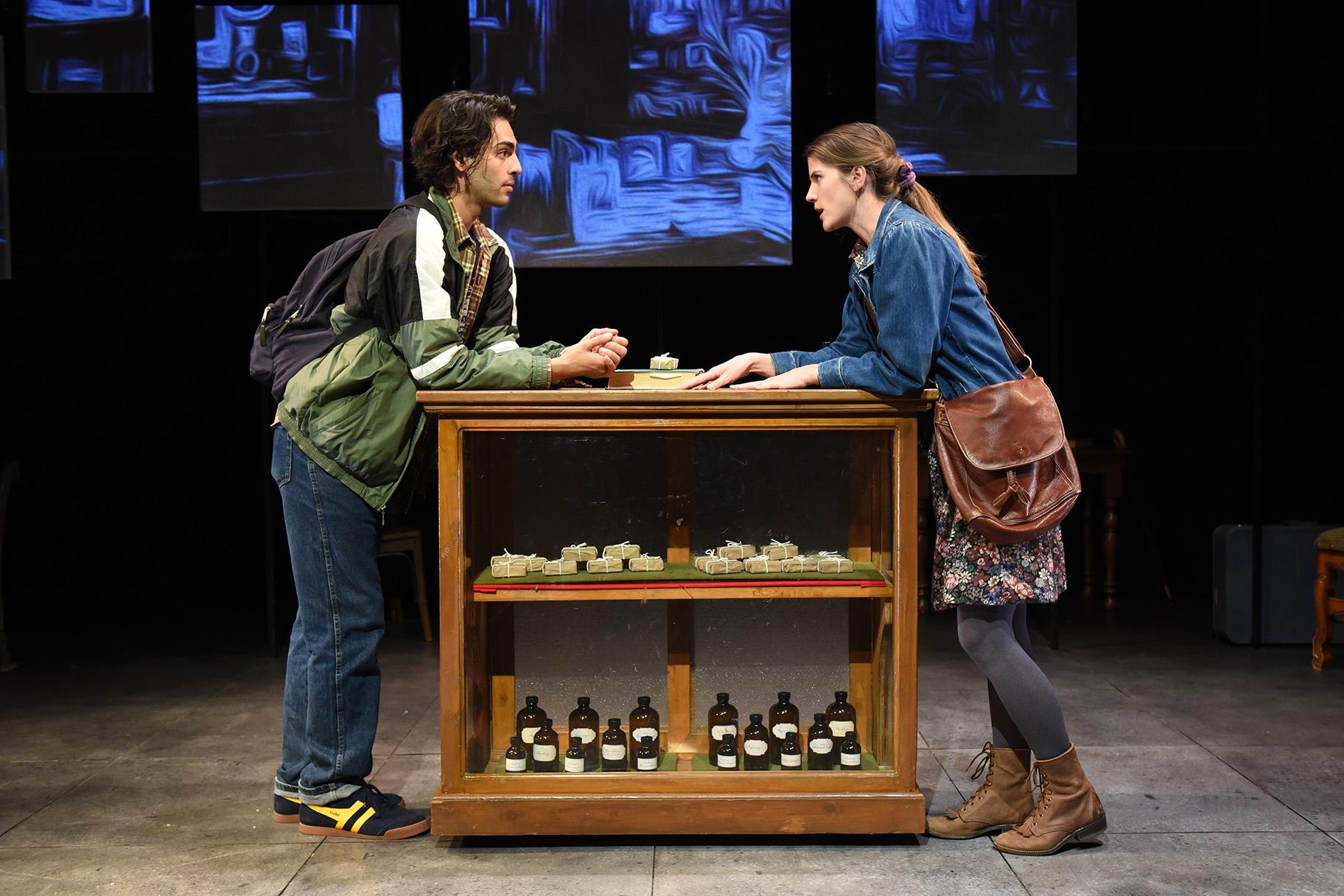 Though all this tricky refraction might sound complicated, it plays out with a mix of charm, wit, braininess and emotional truth that it is wholly accessible. Dietz’s writing for each character is crystal clear and spot-on, as is J.R. Sullivan’s impeccable direction and casting.

Gangel, a young actress who never fails to leave a vivid impression, not only has finessed a fine Irish accent and the lilting voice to go with it, but ideally suggests her character’s mix of certainty and self-doubt. Armour perfectly suggests a woman who has come to terms with her life, and with the fate she foresaw for herself from early on, and she makes magic as she describes how she puts those she loved in special places in her imagination. The scene between the two women as they sit on a park bench is simply perfection. 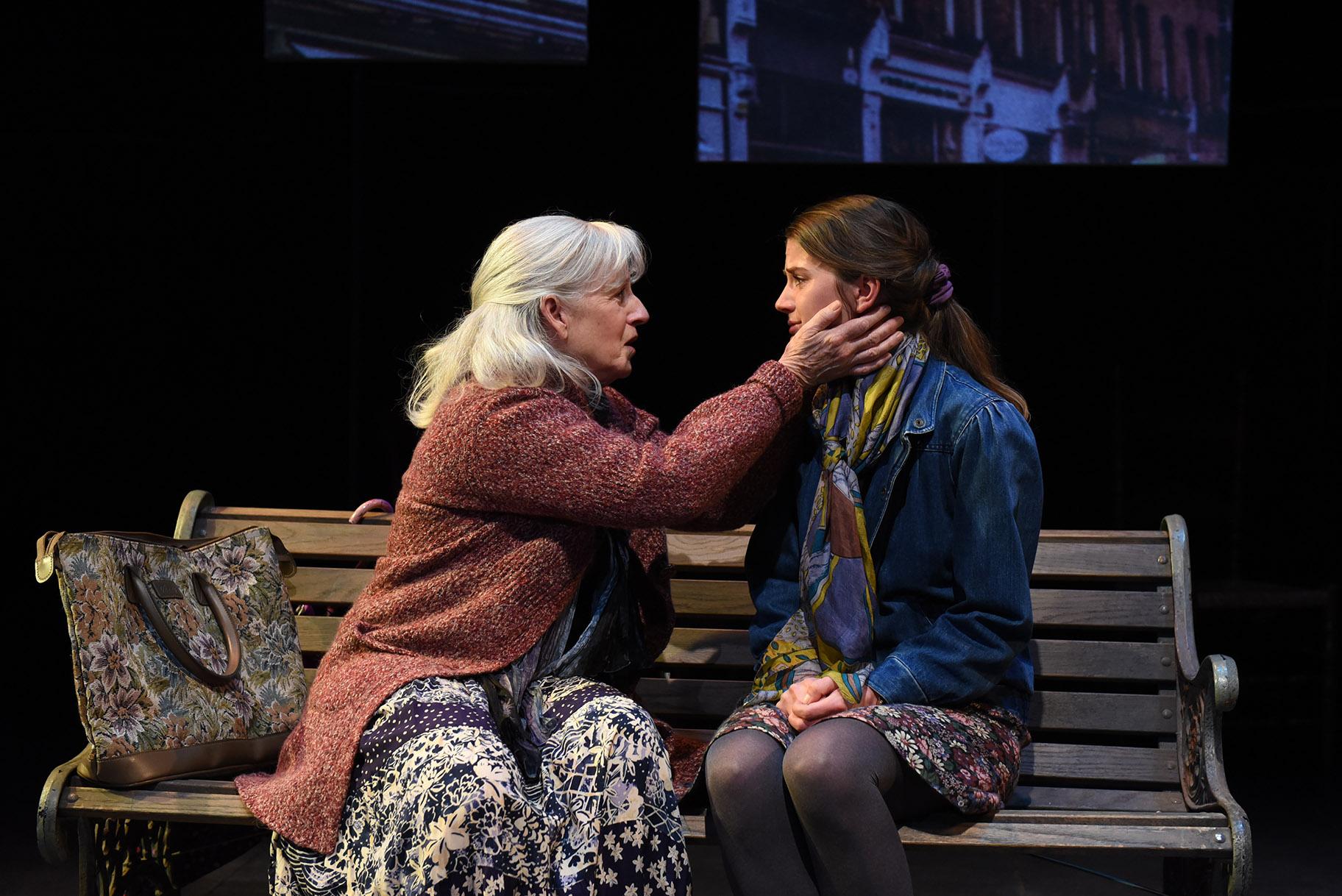 But so are the sweet but awkward encounters between Gangel and DeCesare, an actor of genuine presence and fine-tuned emotions who deftly suggests Robbie’s dual sense of desire and terror of commitment. And Douglass deftly captures the loneliness and suppressed feelings of a man who has long felt that he missed his best chance.

And then there’s that bar of lemon soap. But to get the full scent of it you must see “Bloomsday.”