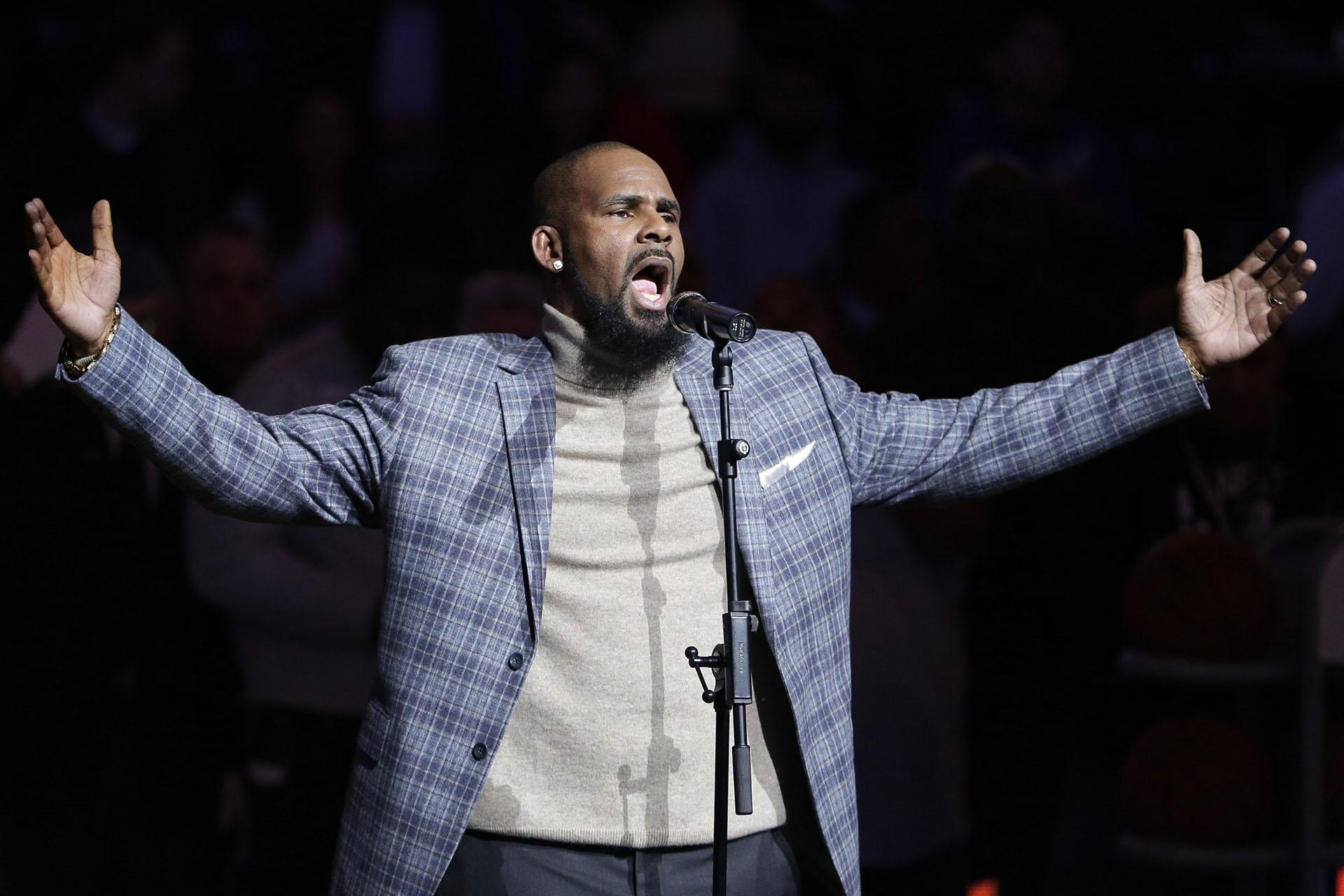 CHICAGO (AP) — An acquaintance of R. Kelly’s recalled how the singer once lugged a duffel bag everywhere — to recording studios, film sets and gyms. Stuffed inside, she said, was a collection of his homemade VHS sex tapes.

Despite Kelly’s efforts in the 1990s to hold those recordings close, some leaked out. Untold numbers were copied and recopied and distributed nationwide through flea markets and street vendors. They have circulated for years and are still available on websites. A Pennsylvania man said he recently discovered one while cleaning his home.

Recordings have been integral to Kelly's criminal cases.

A sole video was at the heart of his 2008 child pornography trial that ended with Kelly’s surprise acquittal. Video is behind some of the sexual abuse charges filed last month accusing the Grammy winner of violating three girls and woman.

A 45-minute video of Kelly having sex with a girl who says on camera that she’s 14 helped convince Cook County prosecutors to bring the new case, said Michael Avenatti, who handed the tape to prosecutors just weeks before charges.

It’s unclear how the first tapes got into the hands of someone other than Kelly. At the 2008 trial, prosecution witness Lisa Van Allen said Kelly was rarely seen without the duffel bag.

“Wherever he was at, the bag would follow him,” she told jurors.

Van Allen, who had an on-and-off affair with Kelly starting in 1997, said the recordings included ones of him having sex simultaneously with her and the girl prosecutors alleged was in the 2008 trial video.

In all, over half a dozen videos have been referred to in court testimony or filings, or by journalists and lawyers.

Avenatti, who represents two accusers, said he gave prosecutors two tapes never previously made public, both featuring the same girl spotlighted in the 2008 trial. The second tape — turned over after charges were filed — was a 55-minute video shot sometime between 1999 and 2000. He says he also has a possible third video.

Van Allen, who said she became disillusioned with Kelly, removed at least one tape with her on it from the bag while Kelly was distracted, court filings say.

The only video shown in its entirety in open court was the one entered as “People’s Exhibit No. 1” at Kelly's trial. Kelly shot it in a log cabin-themed room at his North Side Chicago home between 1998 and 2000 when the girl was as young as 13, prosecutors said.

In the 27-minute video, a man has sex with a young female. He hands her money and she mouths, “Thank you.” He speaks in a hushed voice, and she calls him “Daddy.” At one point, he urinates on the girl. The man who leans in to adjust the camera appears to be Kelly or someone with a striking resemblance to him.

A reporter for the Chicago Sun-Times, Jim DeRogatis, received the tape anonymously in his mailbox in February 2002 and turned it over to law enforcement. Five months later, based on the video, Kelly was charged with child pornography.

Weeks before charges, bootleg copies of the video appeared on street corners across the U.S., the Sun-Times reported. A VHS copy sold for $10. A DVD version went for $15.

Some had scenes from different recordings, including with Kelly having sex with an adult dancer. Some pornography websites advertise they have Kelly sex tapes available.

The tapes pose legal risks to anybody who possessed them.

When authorities announced the pornography charges, they issued a warning: Anyone who bought or copied the video could face similar charges. That raised concerns at news organizations that editors and reporters who viewed the tape outside court could be charged.

Kelly knew his tapes, unless he regained control of them, could continually land him in legal trouble.

As his 2008 trial approached, Kelly offered Van Allen $250,000 to recover the tape she took, she said. Acquaintances of hers brought it to a Chicago hotel, where it was handed over to a Kelly associate for $20,000 in cash, according to court documents.

The Pennsylvania man, Gary Dennis, told reporters he happened upon a video with Kelly’s name on a label while cleaning out a box of old tapes. After slipping it into a VHS player, the nursing home employee said he was shocked to see the footage wasn’t of a concert but of Kelly having sex with a girl.

Avenatti would not say precisely how he located the Kelly tapes but that they were not black-market copies. He said he could show “a clear chain of custody” of the tapes from Kelly to prosecutors.

Video history will again be an issue at any future trial. VHS tapes do not have reliable time stamps, so pinpointing when and where they were produced is a challenge, said Edward Primeau, a video forensic expert in Michigan.

In 2008, Adam told jurors no one knew how many hands the video had passed through. It was, he said, “a copy of a copy of a copy,” so it wasn’t reliable.

Kelly’s lawyers also sought to buttress Kelly’s claim he wasn’t in the video. The girl prosecutors said was in the video also denied it was her. The defense suggested the tape could have been computer-generated.

A prosecution analyst disputed that, saying the work needed to manipulate each eye blink, shadow and facial expression on the 100,000-frame video would take four decades. A forensic expert also testified that distinctive knots in the wood of Kelly’s log-paneled room matched the knots in the background of the video.

If Kelly goes to trial again, the outcome then won’t rest wholly on video evidence.

Jurors told reporters after acquitting Kelly in 2008 that the lone video could not dispel their doubts, especially when neither the girl nor her parents testified. Said one juror: “What we had wasn't enough.”

This time prosecutors seem to have more. They have at least several accusers willing to testify. And they have potentially corroborating evidence, including what they say is Kelly’s DNA found in semen on one of the accuser’s shirts.