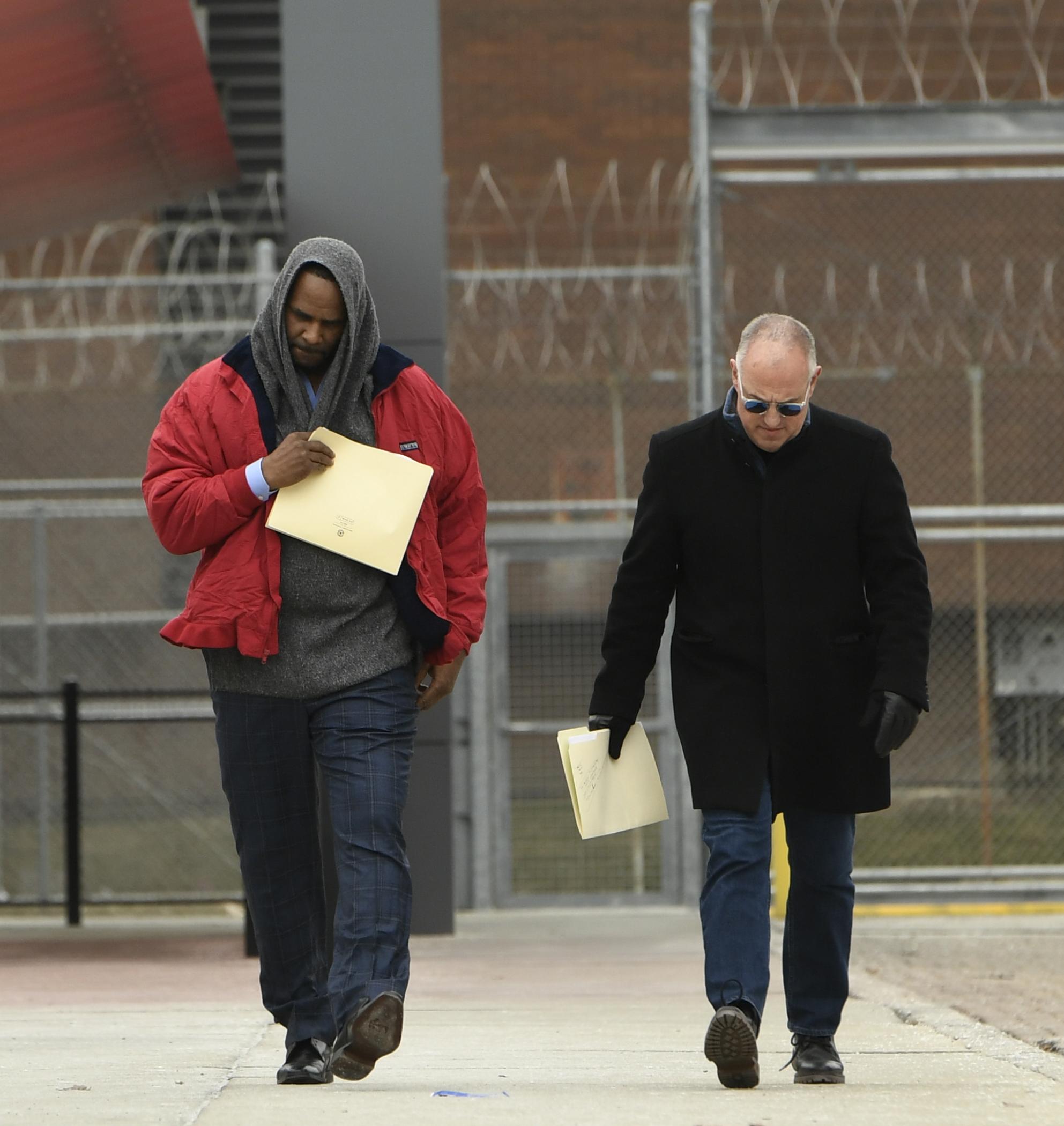 CHICAGO (AP) — R. Kelly walked out of a Chicago jail on Saturday after someone who officials say did not want to be publicly identified paid $161,633 that the R&B singer owed in back child support.

Kelly, who was ordered taken into custody on Wednesday by a judge after Kelly said he didn’t have the entire amount he owed, briefly spoke with reporters, telling them: “I promise you, we’re going to straighten all this stuff out.” He said that was all he could say, a stark contrast to a nationally televised broadcast that aired earlier in the week in which he cried and ranted about being “assassinated” by allegations of sexual abuse that led to criminal charges last month.

Cara Smith, the chief policy officer for the Cook County sheriff’s office, which runs the jail, said a person who wished to remain anonymous handed a check on Saturday morning to the county clerk’s office for the full amount of Kelly’s back child support. A bond slip where people putting up money to secure an inmate’s release write their names and relationship to the inmate was left blank, Smith said.

Kelly’s attorney, Steve Greenberg, said he could not discuss the child support payment because of a judge’s gag order in that case.

As is done with other high-profile inmates, Kelly, 52, was held in a solo cell under round-the-clock observation.

It was his second trip to jail in a matter of weeks and the second time a person has stepped up with money to get Kelly out of jail.

Last month, after he was charged with 10 counts of aggravated sexual abuse pertaining to three girls and a woman, he was taken to the same jail. Kelly, whose attorney said at the time that the singer’s finances were in disarray, then spent a weekend in jail before a 47-year-old suburban Chicago business owner posted his $100,000 bail.

His attorney and publicist told a similar story this week before and after the hearing in which the judge ordered Kelly into custody, with the publicist telling reporters that Kelly was prepared to pay $50,000 to $60,000 on Wednesday but was not able to pay the entire amount.

Kelly has denied any wrongdoing and has pleaded not guilty to the sexual abuse charges. He has also very publicly proclaimed his innocence, telling Gayle King in an interview that aired Wednesday on “CBS This Morning” that all his accusers were lying about him. He also talked about his finances, saying that people had stolen money from his bank accounts, though he offered no details.

“When we get those things, we're going to fight this case like we fight any other case, in the courtroom, based on the evidence,” he said.