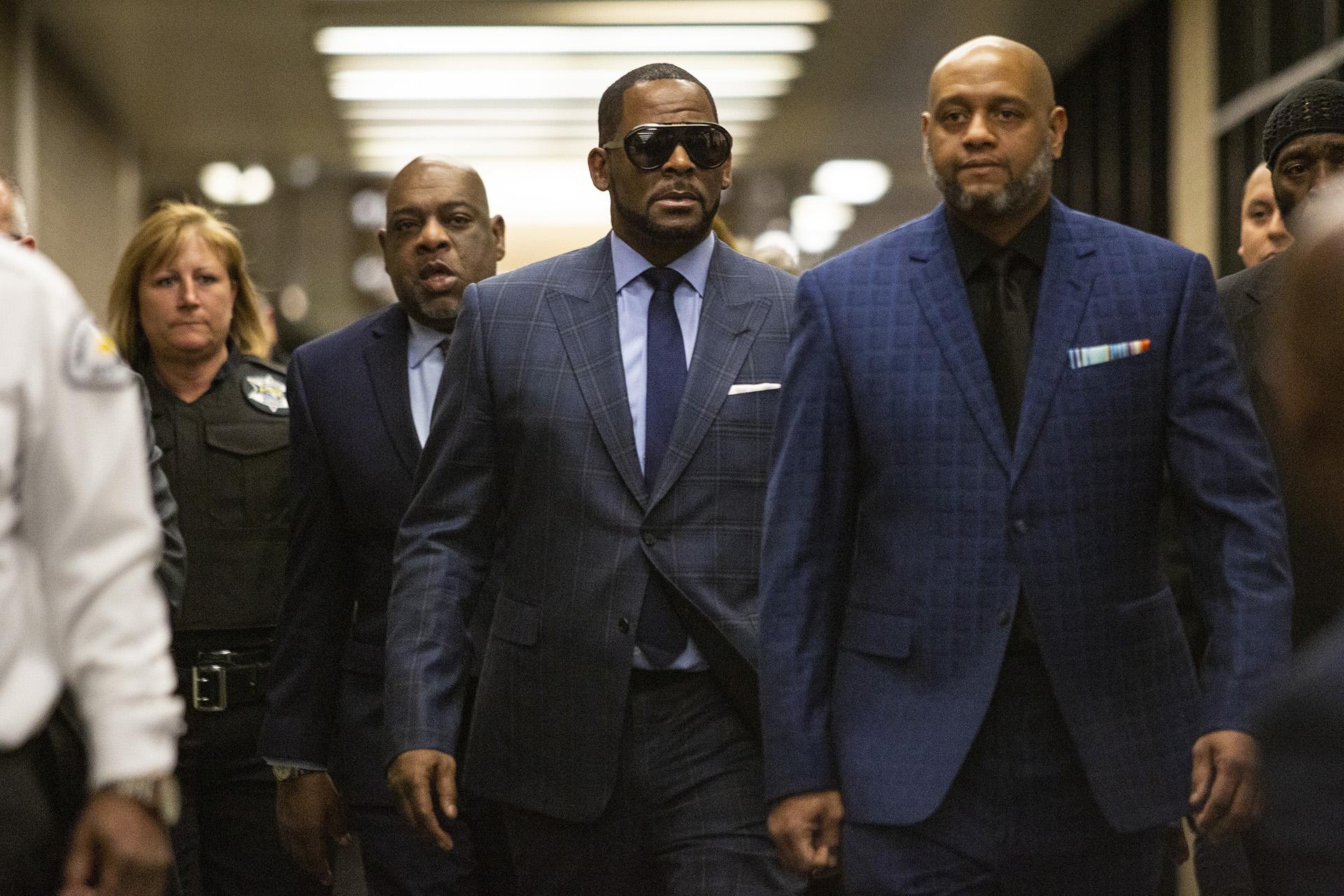 CHICAGO (AP) — R. Kelly grew up in a public housing project in one of Chicago’s toughest South Side neighborhoods and built a worldwide musical brand that earned tens of millions of dollars over a nearly 30-year career.

But tax and legal issues — including recently filed charges that he sexually abused three girls and a woman — could leave the Grammy Award winner who has written songs for some of music's top stars with next to nothing.

In an emotional interview that aired this week, Kelly told “CBS This Morning” that people stole money from his bank accounts. He offered no details.

His defense attorney said last month that the performer’s finances were “a mess” after Kelly was unable to post $100,000 in bail after his arrest on 10 counts of aggravated sexual abuse.

The lack of cash forced Kelly to spend a weekend in a Chicago jail, until a 47-year-old suburban business owner put up the money. She identified herself on the bond slip as “a friend” of Kelly’s.

On Wednesday, Kelly was jailed again because he did not bring enough money to court to pay $161,000 in back child support.

James L. Walker, an Atlanta-based entertainment lawyer, said Kelly should be worth over $100 million based on his publishing catalog alone. At his apex, he was earning at least $150,000 a night from live shows. Since then, he has taken financial hits from being dropped by his record label, Universal Music Publishing Group, and from scrapped concerts and tours, Walker said.

About a year ago, Walker said, he was approached by a Kelly intermediary to represent him on publishing. Walker said he declined because he “knew the profile and just didn’t think it was in our best interest.”

“I've represented everyone from Rick James to Aretha Franklin to Shirley Caesar,” said Walker, who wrote the book “This Business of Urban Music.” Kelly “had the talent and the ability to be just as legendary as some of those artists — if he would have handled his personal demons a lot better.”

The latest allegations against Kelly date back as far as 1998 and span more than a decade. The singer, who was acquitted of child pornography charges in 2008, has denied wrongdoing and pleaded not guilty.

For many entertainers, maintaining their income depends on recording, concert or other music-related deals.

“In the recording business, it’s not like you get a check every week,” said Chicago attorney Eric Macey. He represented former Kelly business manager Derrel McDavid in a 2014 lawsuit against Kelly. A court entered a civil judgment of just over $1 million against the star.

That judgment was only a part of Kelly’s mounting money troubles. Financial records show at least six federal tax liens totaling about $8 million were filed between 2009 and 2012. The records also show a federal tax payment of more than $2.6 million in 2008.

A state of Illinois tax lien of about $24,000 was filed in 2002 against Kelly and now-ex-wife Andrea Kelly.

Kelly lamented to CBS that he was unable to access $350,000 because he had moved the money from one bank account to a new account, and the funds had not cleared in time to use it for his child support.

Peter Henning, a former federal prosecutor and current law professor at Wayne State University in Detroit, said money laundering rules might keep banks from shifting assets from one account to another.

Banks are required to report certain transactions, such as cash withdrawals over $10,000. Some transactions over $3,000 could trigger suspicious activity reports, Henning said.

That means a bank probably could not move the money into a new account without getting a raft of personal information from Kelly, including a description of the source of the funds.

“It’s not easy to move that much money overnight,” Henning said.

The files of Kelly’s criminal case include a notation of his child-support debt.

“He hasn’t worked in a long time. He can’t book shows,” Johnson said.

A concert in Springfield that Kelly was supposed to host was called off in January because the allegations and the protests outside his Chicago studio raised security concerns. Other concerts, including in New York and Chicago, have also been canceled in the last several months.

Kelly’s hopes to make more money on a spring European tour were dashed when a German concert arena canceled its contract with the organizer days after Kelly was charged last month. Kelly had defiantly scheduled shows in Germany and the Netherlands despite the cloud of legal issues looming over him. But a judge ordered him to surrender his passport.

His options for earning money quickly dwindled after the release of a BBC documentary about him last year and the multipart Lifetime documentary “Surviving R. Kelly,” which aired in January. Together they detailed allegations he was holding women against their will and running a “sex cult.”

A social media campaign under the #MuteRKelly hashtag pushed fans to boycott his concerts and music. Spotify later cut Kelly’s music from its playlists. News outlets also reported last year that Apple and Pandora were not promoting Kelly’s music.

There have been other lawsuits and settlements. A complaint filed in 1997 by a Chicago woman named Tiffany Hawkins alleged sexual battery and sexual harassment while she was a minor. It was reportedly settled for $250,000.

About four years later, another woman named Tracy Sampson sued Kelly alleging their sex was illegal under Illinois law because he was in “a position of authority” over her. NBC News reported that Sampson interned at a record company as a teen. The case was reportedly settled out of court in 2002 for an undisclosed amount.

In 2013, Kelly’s custom-built suburban Chicago mansion, once valued at more than $5 million, sold for $950,000 in a foreclosure auction. Kelly was evicted in February 2018 from two Atlanta-area homes over more than $31,000 owed in unpaid back rent.