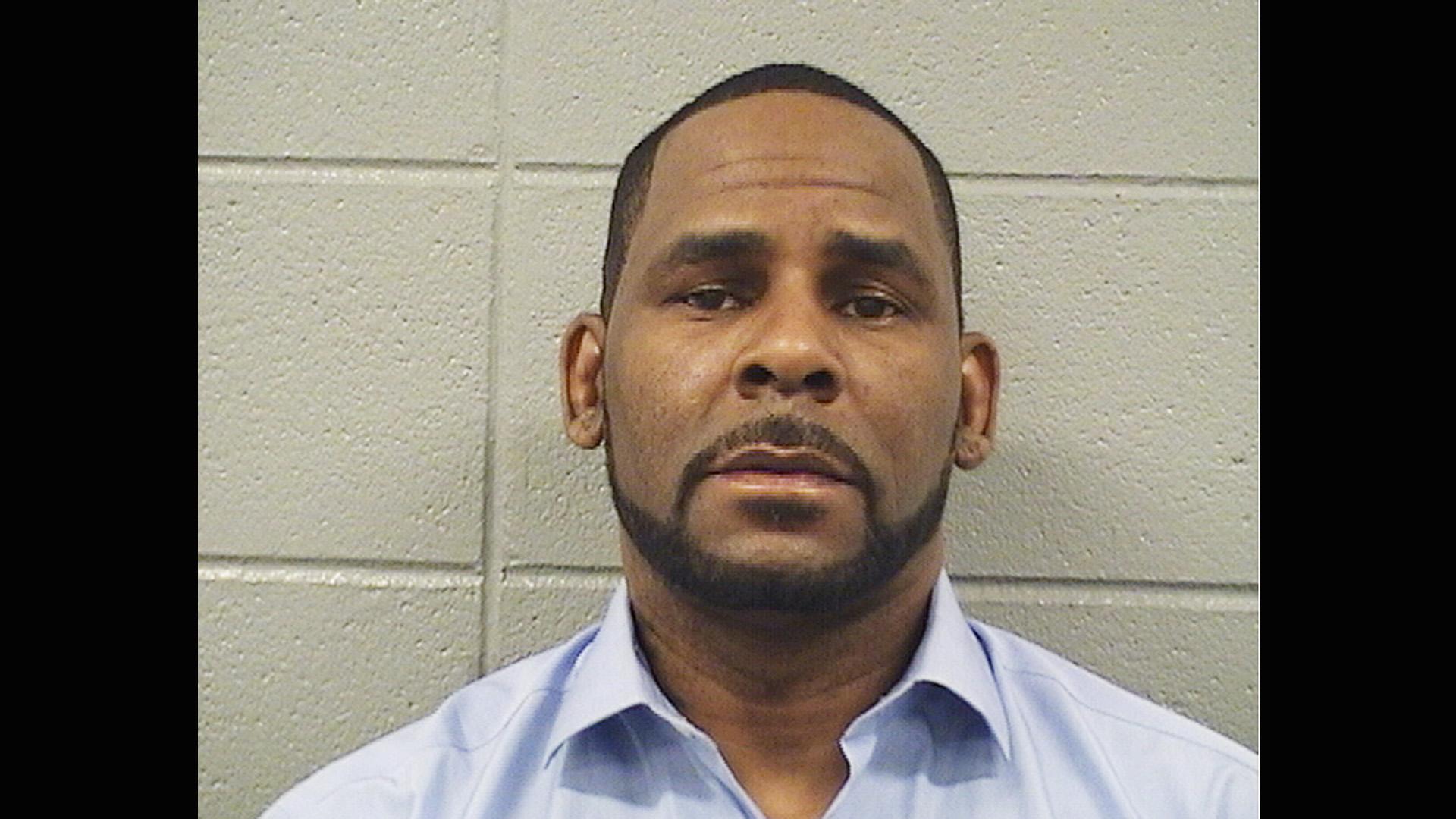 CHICAGO (AP) — Embattled R&B star R. Kelly angrily blamed his ex-wife for “destroying” his name and claimed other people stole from his bank accounts in an interview that aired Thursday, a day after he was sent to jail for not paying child support.

Kelly, who is also facing felony charges that allege he sexually abused three girls and a woman in Chicago, shouted and cried as he spoke with Gayle King of “CBS This Morning.” He said his ex-wife was lying when she alleged he’d abused her, and his voice broke as he asked: “How can I pay child support if my ex-wife is destroying my name and I can't work?”

The 52-year old singer was jailed Wednesday after he said he couldn't afford to pay $161,000 in back child support. He said he had “zero” relationship with his three children but knew they love him.

The interview, recorded earlier this week, marked the first time Kelly has spoken publicly since his arrest last month in the sex abuse case. In segments that aired Wednesday, Kelly whispered, cried and ranted while pleading with viewers to believe he never had sex with anyone under age 17 and never held anyone against their will — likely hoping the raw interview would help sway public opinion.

The interview also marked the first time he addressed allegations in the Lifetime series “Surviving R. Kelly,” which aired in January. The documentary alleged he held women captive and ran a “sex cult.”

Experts said his appearance was also risky and could backfire if it gives prosecutors more information to use against him at trial. That’s why most defense attorneys urge clients to keep quiet.

“In my history as a prosecutor, I loved it when a defendant would say things or make comments about his or her defense,” said Illinois Appellate Judge Joseph Birkett, who said he did not watch the Kelly interview and was speaking only as a former prosecutor. “I would document every word they said ... (and) I could give you example after example where their statements backfired.”

There have been cases in which people who spoke up pointed to evidence that ultimately helped win their freedom, but “historically it’s a bad idea,” Birkett said.

One recent example was “Empire” actor Jussie Smollett, who was charged with falsely reporting a racist, anti-gay attack in Chicago. In charging documents, prosecutors cited statements he made during an interview on ABC’s “Good Morning America” identifying two people in a still photo of the surveillance video as his attackers. Two brothers pictured in the photo later told police that Smollett had paid them to stage the attack because he wanted a raise and to further his career.

In Kelly’s case, he and his attorney might have decided they had nothing to lose after the Lifetime series, said Fred Thiagarajah, a prominent Newport Beach, California, attorney and former prosecutor.

“A lot of the public already thinks he’s guilty, and there is a very negative image of him, so the only thing he might think he can do is try to change their minds,” Thiagarajah said. If the evidence against him is overwhelming, “this kind of interview might be kind of a Hail Mary” to influence a potential jury pool.

But the dangers of such an interview might outweigh any benefits if Kelly locked himself into a particular defense, Thiagarajah said. “He may not know all the evidence against him.”

In the CBS interview, for example, he denied ever having sex with anyone under 17, even though he married the late singer Aaliyah when she was 15, and a videotape given to prosecutors in his current case purports to show Kelly having sex with a girl who repeatedly says she’s 14.

Kelly’s attorney, Steve Greenberg, has said his client did not “knowingly” have sex with underage girls.

Thiagarajah said he might allow a client to do such an interview — but only if he were confident the client could keep his emotions in check and “stick to a script.”

“If you get someone who is ranting and raving, I would never let that kind of person ever do an interview,” he said. 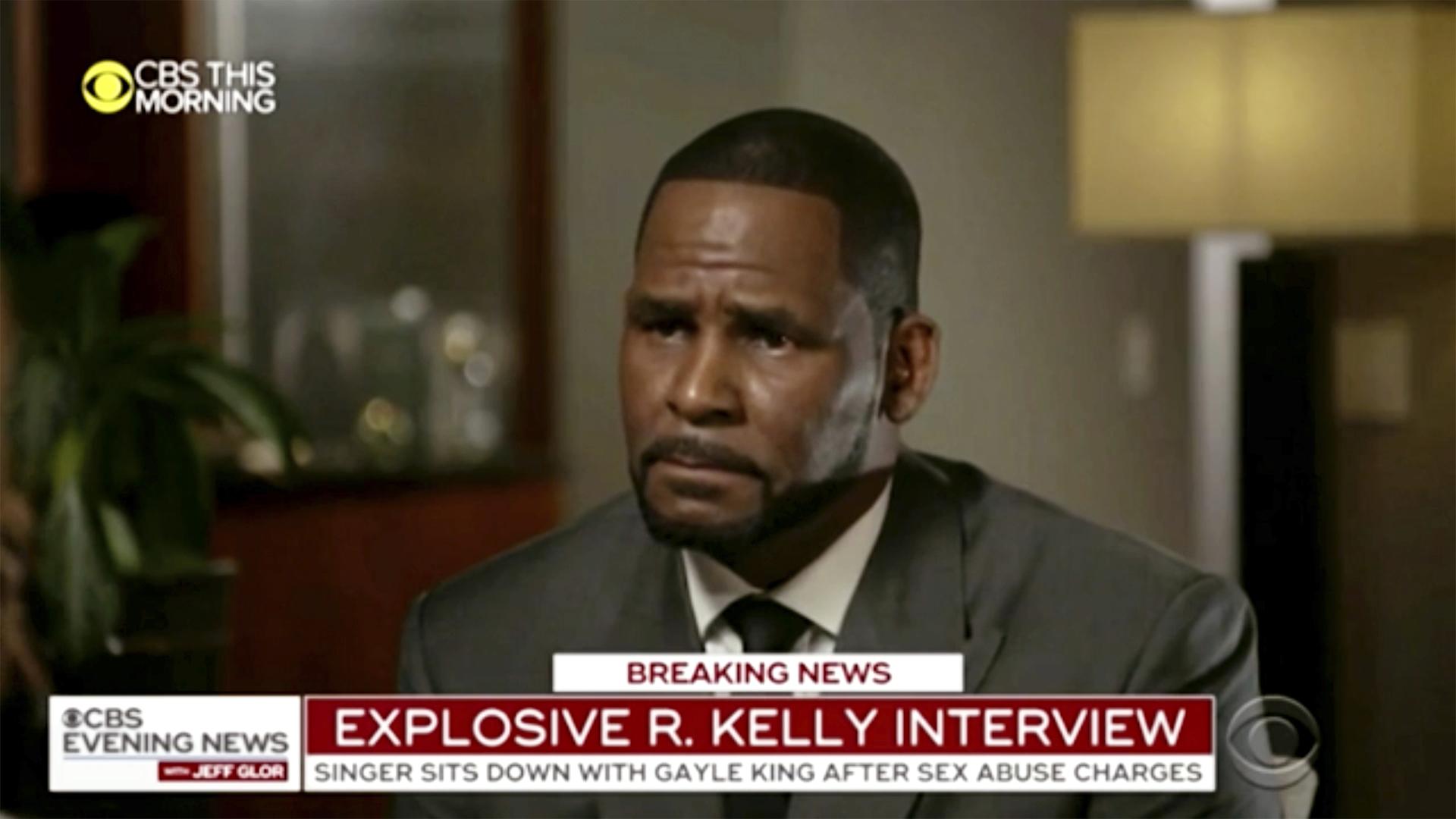 This image provided by CBS shows R. Kelly being interviewed by Gayle King on “CBS This Morning’” Wednesday, March 6, 2019 in Chicago. (CBS via AP)

On Wednesday’s broadcast, Kelly’s emotions swung wildly as he explained he was simply someone with a “big heart” who was betrayed by liars who hoped to cash in.

In a particularly dramatic moment, he angrily stood up and started pacing, his voice breaking as he yelled, “I didn’t do this stuff! This is not me!” He cried as he hit his hands together, saying, “I’m fighting for my (expletive) life.”

He insisted people were trying to ruin his 30-year career, but then said his fight was “not about music.”

“I'm trying to have a relationship with my kids and I can’t do it” because of the sex-abuse allegations, he shouted. “You all just don’t want to believe it.”

Hours later, Kelly went to the child-support hearing “expecting to leave. He didn't come here to go to jail,” said his publicist, Darryll Johnson, who said Kelly was prepared to pay $50,000 to $60,000. He said Kelly did not have the whole amount because he has not been able to work.

A spokeswoman for the Cook County Sheriff’s Office said Kelly would not be released from jail until he pays the full child-support debt. His next hearing was scheduled for March 13.

Kelly spent a weekend in jail after his Feb. 22 arrest in Chicago before someone posted his $100,000 bail. His defense attorney said at the time that Kelly's finances were “a mess.”

Following the Wednesday court hearing, the publicist said that the singer “feels good” about the TV interview.

Interviews with two women who live with Kelly — Joycelyn Savage and Azriel Clary — also are set to air. Savage’s parents insist she is being held against her will. Kelly suggested during the interview that her parents were in it for the money and blamed them for his relationship with their daughter, saying they brought her to watch him perform when she was a teenager.

A lawyer representing the couple bristled at the allegation, saying Timothy and Jonjelyn Savage never asked for or received money from Kelly. The couple said they have not spoken to their 23-year-old daughter for two years and asked Kelly to make her available to talk to them.

“At no point did this family sell their daughter to anyone or provide their daughter for anything for money,” attorney Gerald Griggs said Wednesday during a news conference.

Kelly acknowledged in the interview that he had done “lots of things wrong” when it comes to women, but he said he had apologized. The singer blamed social media for fueling the allegations against him. He also said that all of his accusers are lying.

The 52-year-old recording artist has been trailed for decades by allegations that he violated underage girls and women and held some as virtual slaves. Kelly has consistently denied any sexual misconduct and was acquitted of child pornography charges in 2008. Those charges centered on a graphic video that prosecutors said showed him having sex with a girl as young as 13.

He has pleaded not guilty to 10 counts of aggravated sexual abuse.

Rising from poverty on Chicago’s South Side, Kelly broke into the R&B scene in 1993 with his first solo album, “12 Play,” which produced such popular sex-themed songs as “Your Body’s Callin’” and “Bump N’ Grind.” He has written numerous hits for himself and other artists, including Celine Dion, Michael Jackson and Lady Gaga. One of his best-known hits is “I Believe I Can Fly.”