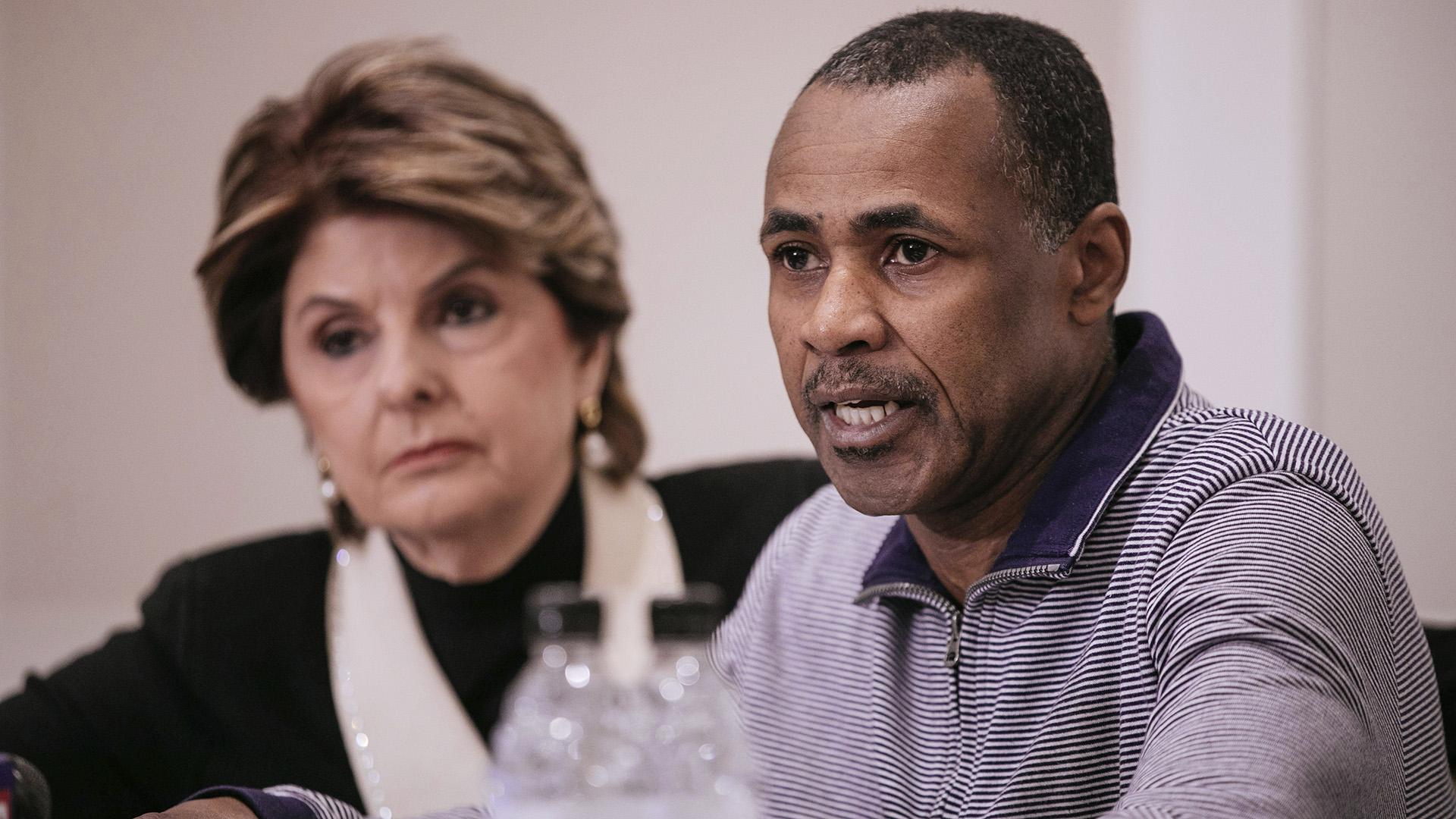 NEW YORK (AP) — A man who said he was cleaning out an old videotape collection found what he thought was a recording of R&B singer R. Kelly in concert, but instead turned out to show a man who appeared to be Kelly sexually abusing girls, he and his attorney said Sunday.

The man then turned the tape over to law enforcement, according to attorney Gloria Allred. She and her client, Gary Dennis, would not discuss the specifics of the tape during a news conference in New York. But Allred said it appears to show a separate incident from the 10 counts of aggravated sexual abuse that Kelly faces in Chicago, though she acknowledged she could not be “100 percent certain” that the man in the tape is Kelly.

Steve Greenberg, an attorney for Kelly, noted that lack of certainty.

“The doubt here is self-evident, with reporting that the man on the tape kinda, sorta looks like R. Kelly,” Greenberg said Sunday in an email. “That doesn’t make it him. It is not him.”

The lawyer also said Kelly “denies that he is on any tape with underaged girls.”

Dennis, an assistant at a nursing home, said he was cleaning out a box of old VHS tapes in his Pennsylvania home recently when he found the footage, on a tape that was labeled with Kelly’s name. Dennis said he has never met Kelly and doesn’t know how the tape came to be in his possession. He said that because the tape also has a sports game on it, he believes it may have come from a friend.

“To my shock and surprise, R. Kelly appeared to be on the tape, but not in concert,” Dennis said. “Instead he was sexually abusing underaged African-American girls.”

“I was disgusted and horrified when I saw that,” Dennis said.

Allred said they assume the girls in the video were underage because they didn’t appear to have developed.

The charges Kelly faces in Chicago are in connection to three girls and one woman. Prosecutors have said they have video of Kelly sexually abusing one of the girls.

Kelly has been trailed for decades by allegations that he victimized women and girls, and he was acquitted of child pornography charges in 2008 related to a tape that prosecutors said showed him having sex with a girl as young as 13. He and his attorneys have repeatedly denied allegations of sexual misconduct, and he has pleaded not guilty to the charges filed last month in Chicago. In an interview that aired Wednesday and Thursday on “CBS This Morning,” Kelly pleaded with viewers to believe that he never had sex with anyone under age 17 and never held anyone against their will.

Allred, who represents women who say they were abused by Kelly, said the tape from Dennis was turned over to law enforcement in the federal Eastern District of New York. She didn’t say why it went to that venue. A representative for the office declined to comment.

Allred encouraged anyone who was in possession of similar tapes to come forward, either to her or to law enforcement.

A Chicago police spokesman referred questions about Allred’s news conference to the prosecutors handling the case. That office did not immediately return a call seeking comment.