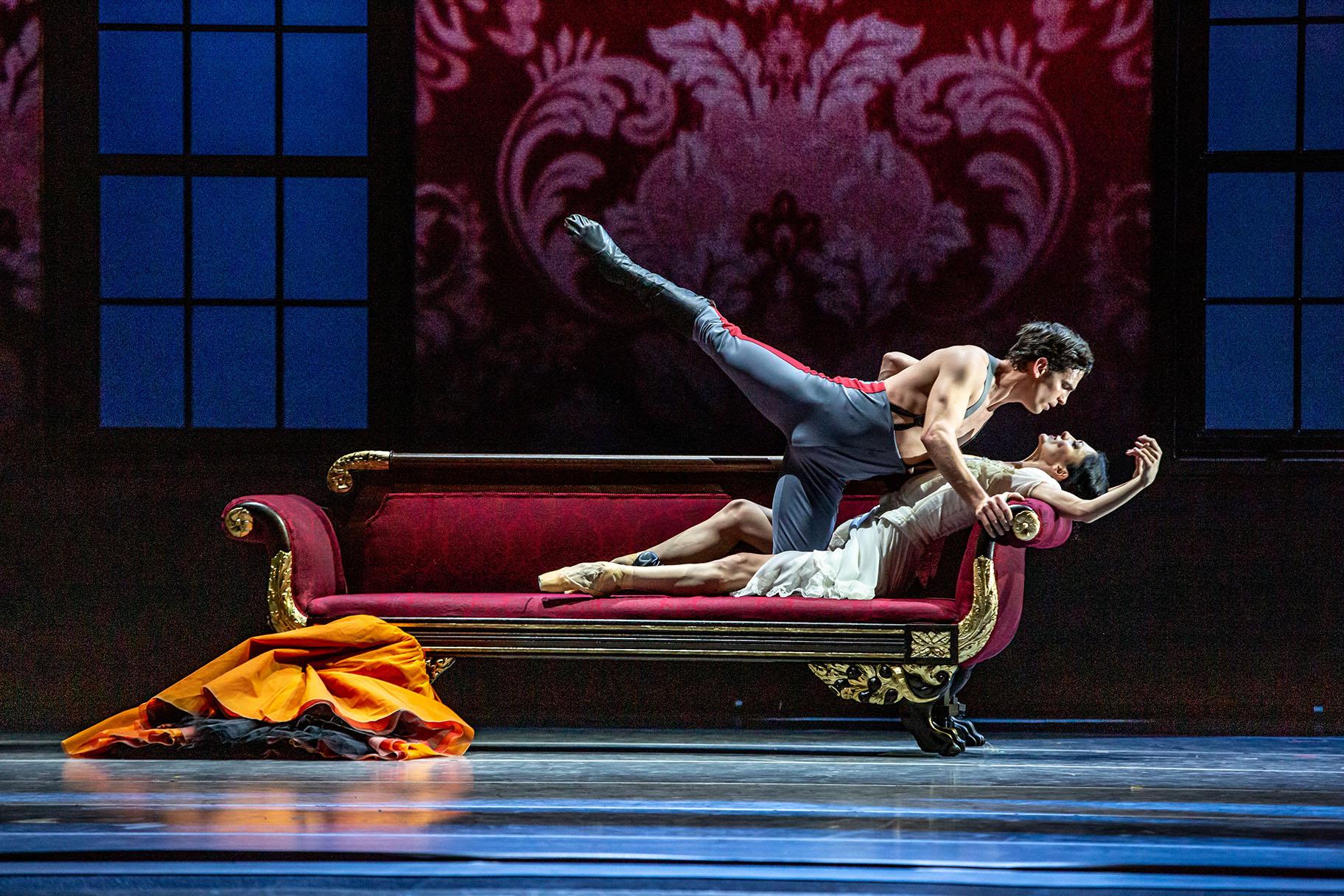 A magnificent classical ballet in the guise of a great work of modern cinema. That might just be the most accurate description of the Joffrey Ballet’s dazzling world premiere production of “Anna Karenina” that opened Wednesday night at the Auditorium Theatre. The production arrives on the heels of such recent Joffrey triumphs as a new, Chicago-inspired “Nutcracker,” and a stunning staging of a Scandinavian-bred “Midsummer Night’s Dream.” And this haunting, visually fascinating interpretation of Leo Tolstoy’s massive 1877 novel of life in Imperial Russia serves as just the latest evidence of the unique ability of the Joffrey to turn dance into riveting, multi-dimensional theater.

The leading artists behind this ballet – a co-production with the Australian Ballet, which will perform the work in 2020, as well as the initial commission using support from the Joffrey’s Rudolf Nureyev Fund – clearly have deep roots in the material, and that authenticity is evident at every turn. Choreographer Yuri Possokhov is a former Bolshoi Ballet dancer; Ilya Demutsky, the 35-year-old composer whose score is the first in the history of the Joffrey to be commissioned, makes his home in St. Petersburg, Russia. And dramaturg Valeriy Pecheykin, who has devised a remarkably concise scenario from Tolstoy’s 800-page novel, works at the Moscow Gogol-Center Theater. 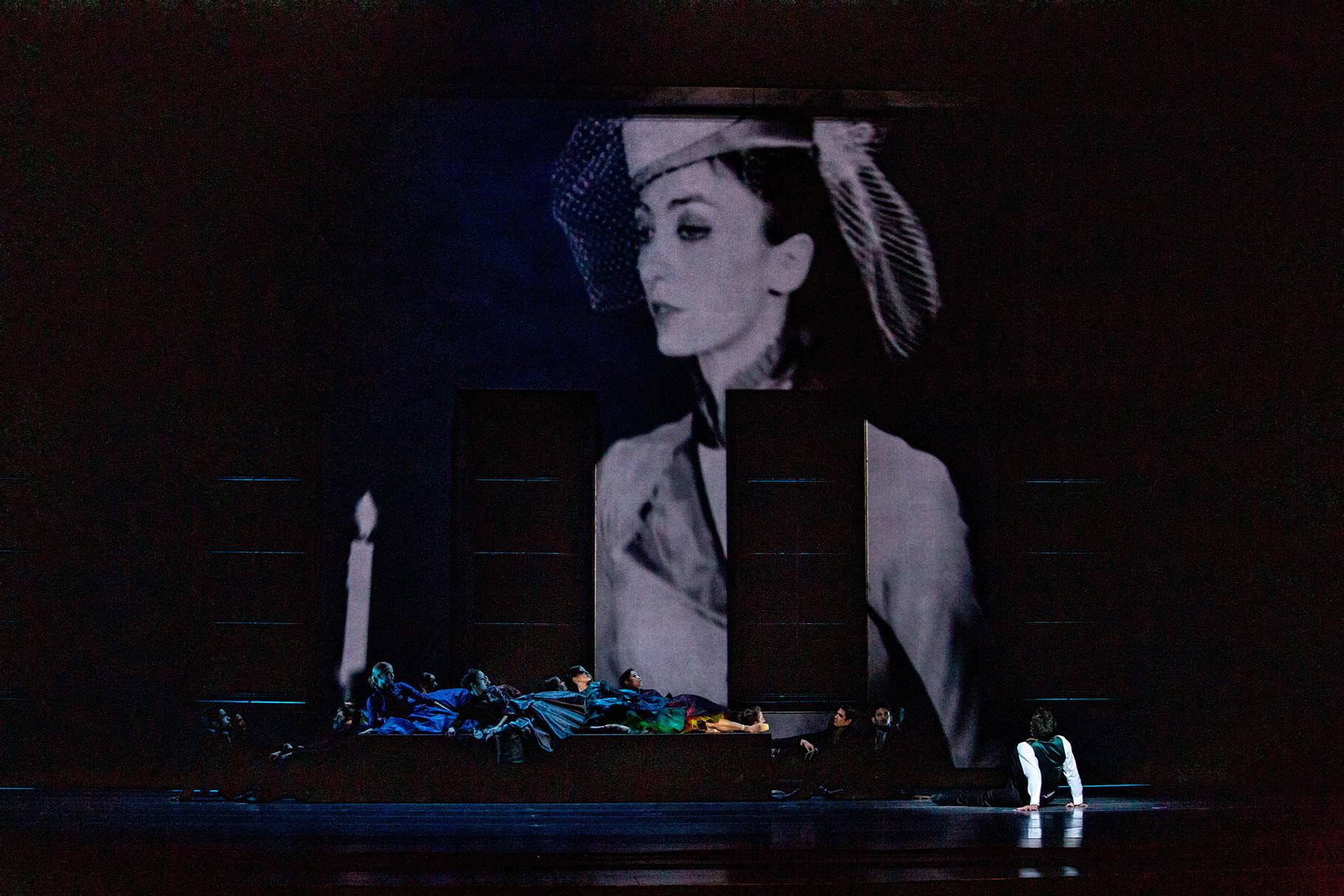 But then there is British director Tom Pye’s hypnotic set design of ever-shifting screens and railroad stations given riveting perspective by Finn Ross’ stunning projections and David Finn’s lighting, all evocative of black-and-white film, but brilliantly animated by Pye’s period costumes in ravishing Technicolor. And of course there is the company’s international roster of dancers, and the stunning work of music director and conductor Scott Speck and the Chicago Philharmonic Orchestra, who tap into Demutsky’s richly lyrical themes and the evocative sounding of clarion horns, timpani and church bell chimes.

Yet set against the lavish social whirl of the Russian aristocracy, “Anna Karenina” is far more than a visual feast as it spins the tale of five people, in contrasting stages of innocence and experience, caught up in the crushingly painful complications of love, marriage, flirtation and adulterous obsession.

It all begins at a train station in St. Petersburg, as Anna (the breathtakingly beautiful, innately elegant Victoria Jaiani, who clearly was born to play this role and easily gives film stars Greta Garbo and Vivian Leigh a run for their money) catches the eye of a handsome young cavalry officer and ladies’ man, Count Vronsky (the sensual, easily confident Alberto Velazquez, who also happens to be a superb partner). 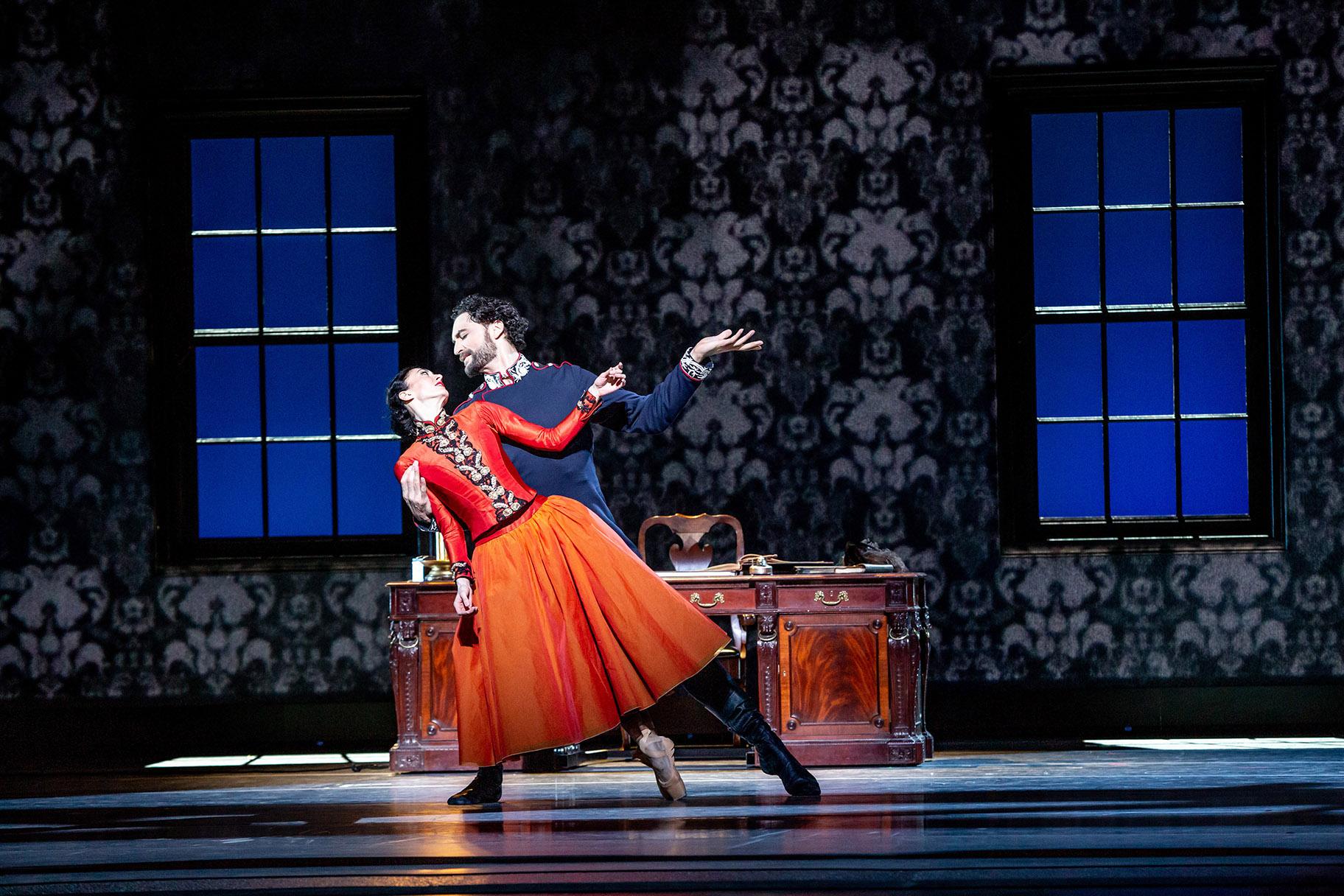 Anna is married to Count Alexey Karenin (the ever-commanding Fabrice Calmels, formidable in several solo scenes), an older man and status-conscious statesman with whom she has a young son, Seyoza (Oliver Reeve Libke). But her immediate attraction to Vronsky, while deeply dangerous, is undeniable.

Meanwhile, at a party in a posh Moscow home, Princess Kitty Shcherbatsky (Anais Bueno in a beautifully danced turn that captures the thrill and pain of a first crush), is pursued by a young family friend, the shy but loving Konstantin Levin (Yoshihisa Arai, in superb, richly expressive form, and with a perfect sense of his character) the landowner at home with peasant life, who hopes to marry her. But the wide-eyed young princess is far more attracted to Vronsky, who cavalierly dances with her, thrills her innocent heart, and then, as soon as Anna enters the room, shifts his gaze. Later, at a glamorous ball, it becomes clear that Anna and Vronsky are in love. And it is not long before Anna runs off to be with her lover even if, by the end of the first act, she has a couple of strong intimations of tragedy. 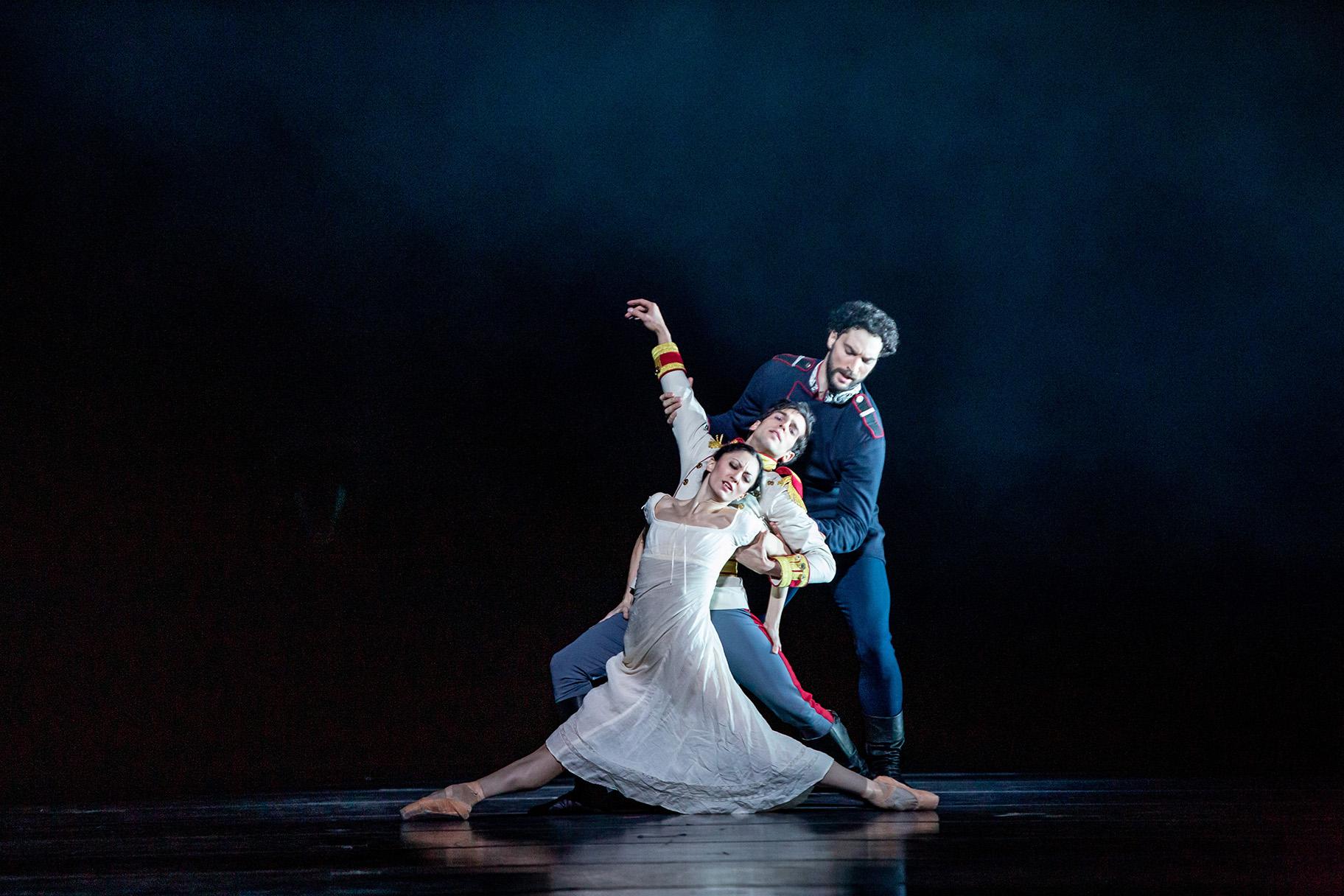 The ballet’s second half begins with Anna in a state of delirium, torn between visions of her lover and the reality of her husband, who has a doctor give her a morphine injection. Later, the two lovers have a wildly impassioned and erotic time together in Italy, but Vronsky is tormented with guilt and breaks away from Anna. Devastated, she returns home only to have her husband banish her from further contact with her son. The end is near. But in the meantime, Kitty realizes that Konstantin is the man with whom she can enjoy a life of true love and happiness. And he celebrates his future with an almost Chekhovian sense of peace.

Nicole Ciapponi was all fire and playful seduction as socialite Betsy Tverskaya. Edson Barbosa danced splendidly as the Station Guard, a harbinger of death. And at several moments throughout the ballet, Lindsay Metzger, a Ryan Opera Center mezzo-soprano, sang exquisite poetic settings in Russian. 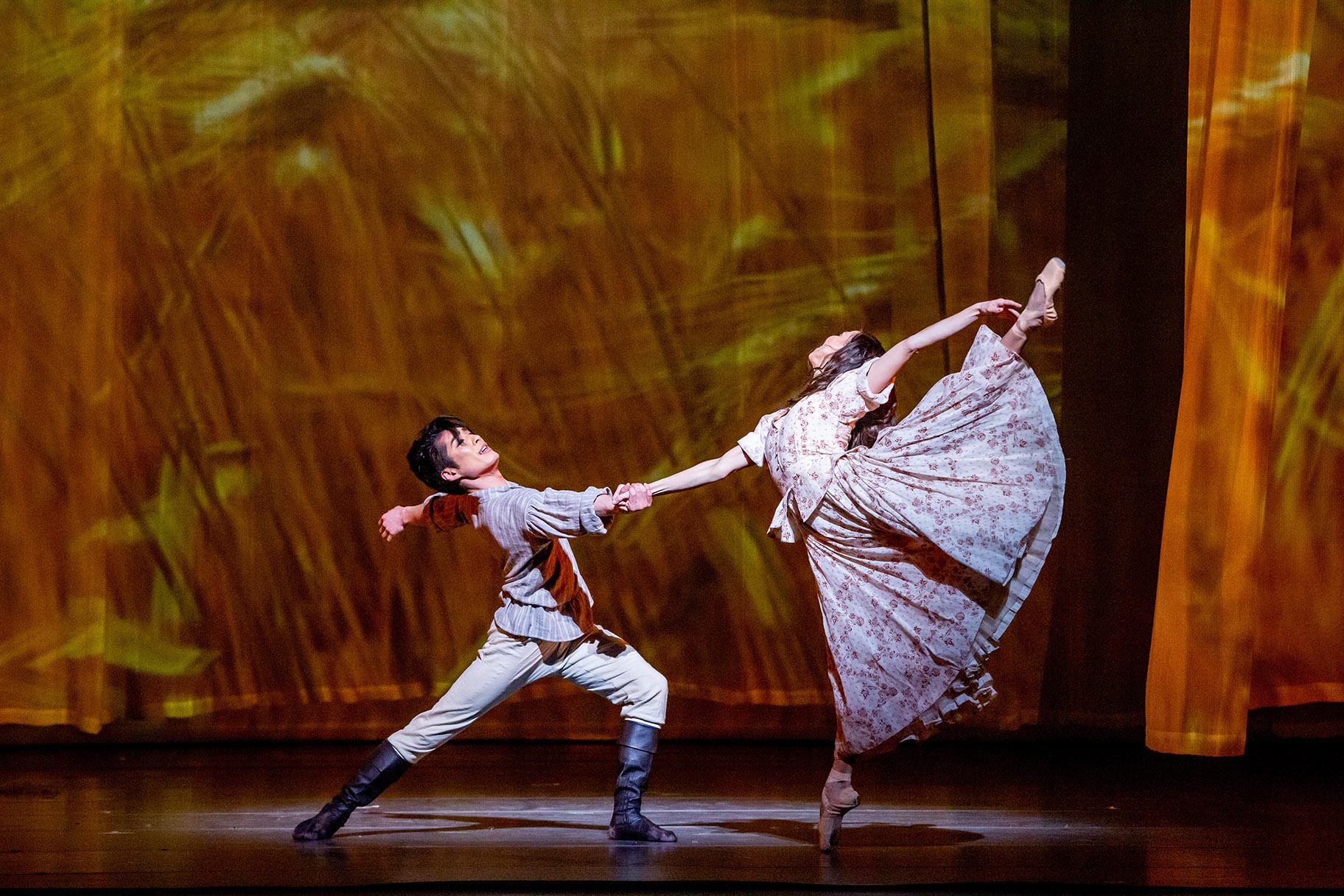 All in all, a ballet worthy of the silver screen, but with all the thrill and immediacy of live performance.

NOTE: The Joffrey will perform “Anna Karenina” at Minneapolis’ Northrop Hall (March 2 and 3), and then complete its current season at the Auditorium with “Across the Pond” (April 24-May 5), featuring the work of three contemporary British choreographers. And, it already has announced its 2019-2020 season which will include: The Chicago premiere of “Jane Eyre,” choreographed by Cathy Marston (Oct. 16-27); Christopher Wheeldon’s “The Nutcracker” (Nov. 30-Dec. 29); “The Times are Racing” (Feb. 12-23, 2020), a mixed bill of works by New York City Ballet’s Justin Peck, Israeli choreographer Itzik Galili, Christopher Wheeldon, and Chicago’s Stephanie Martinez; plus a revival of Possokhov’s “Don Quixote” (April 22-May 3, 2020).

Behind the Curtain of the Joffrey’s Newest Production, ‘Anna Karenina’