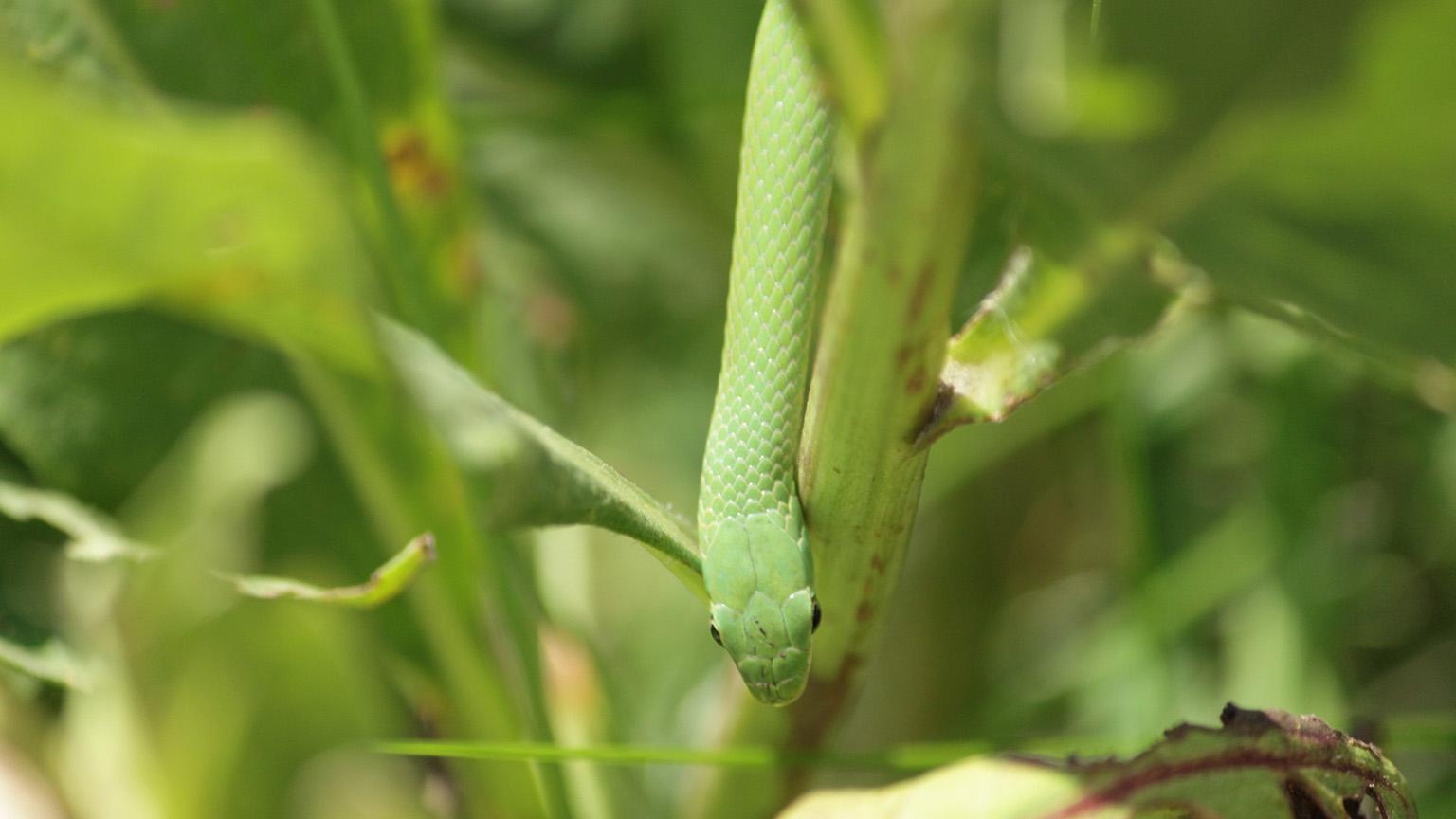 Conservationists are preparing to release about 20 smooth green snakes, like the one pictured here, into an enclosed setting on July 25. (Courtesy Lincoln Park Zoo)

A group of conservation-minded suburbanites are attracting snakes to their own backyards – on purpose.

Volunteers with the Barrington Greenway Initiative are preparing to release about 20 smooth green snakes next week after decades of work restoring land to resemble native prairie habitat.

The tiny, bright green snakes used to be found throughout the Chicago area, said Allison Sacerdote-Velat, curator of herpetology at Chicago’s Peggy Notebaert Nature Museum. But their populations have become more isolated due to habitat loss from the construction of new roads and other development.

Because of their size – the snakes are just 3 or 4 inches long when they hatch, weighing as much as a cotton ball, and about 2 feet long when fully grown – they have a difficult time dispersing to new areas, Sacerdote-Velat said. 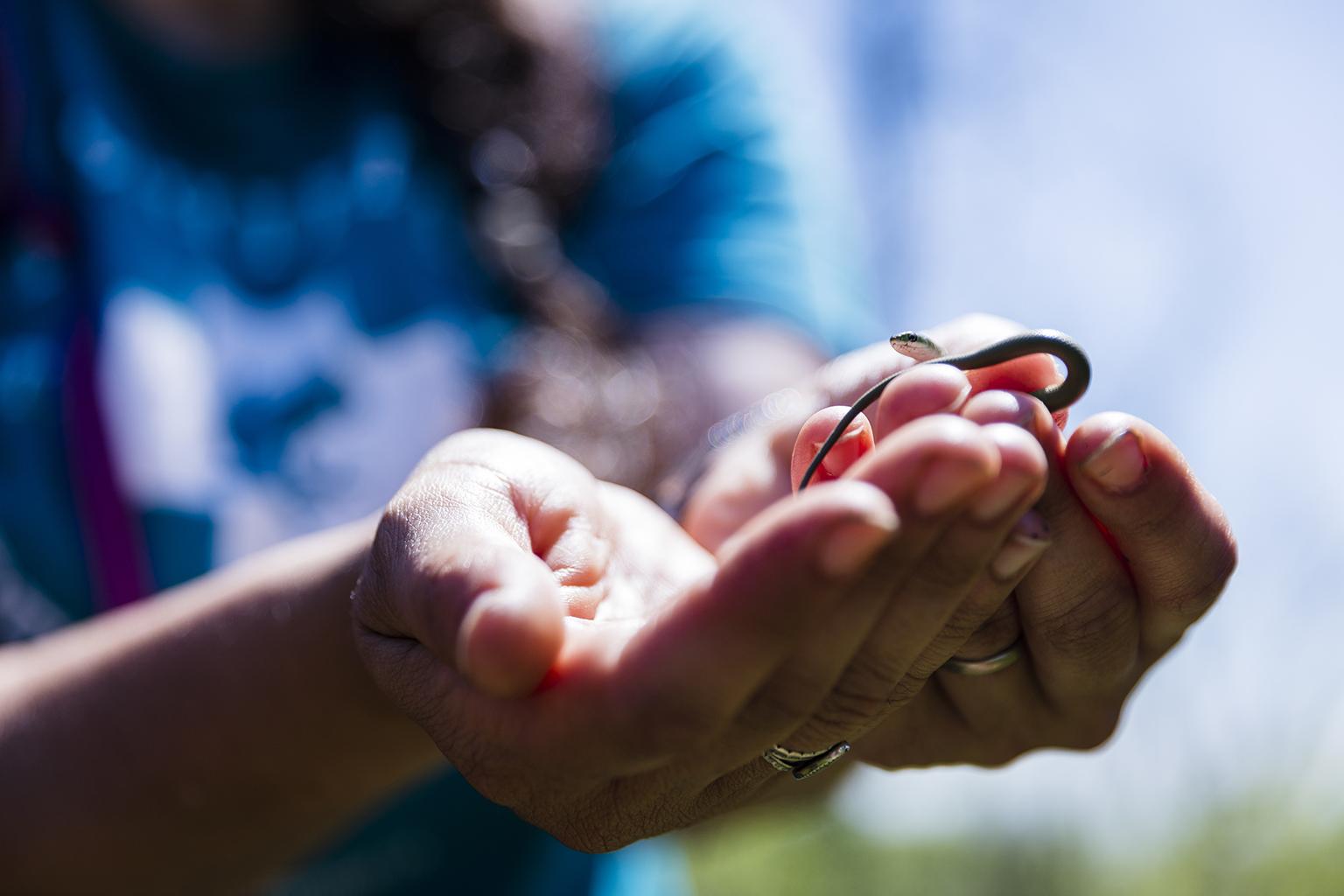 “They’re not great at crossing roads, and they kind of stand out if they’re not moving through [grass],” she said, adding that smooth green snakes are more popular than most snake species because of their small size and appearance. “They’re certainly one of the more charismatic snakes. They look like they’re smiling.”

With the snakes and other native species in mind, volunteers from the Barrington Greenway Initiative have spent years clearing brush, collecting seeds and conducting prescribed burns to restore grasslands where the species can thrive.

Their work has included developing soybean fields, planting oak savanna trees and, for some volunteers, restoring their own yards to welcome back the snakes.

The initiative, run by Barrington’s Citizens for Conservation in partnership with the Nature Museum and several other groups, covers hundreds of acres and is considered one of Illinois’ most ambitious nature projects ever. 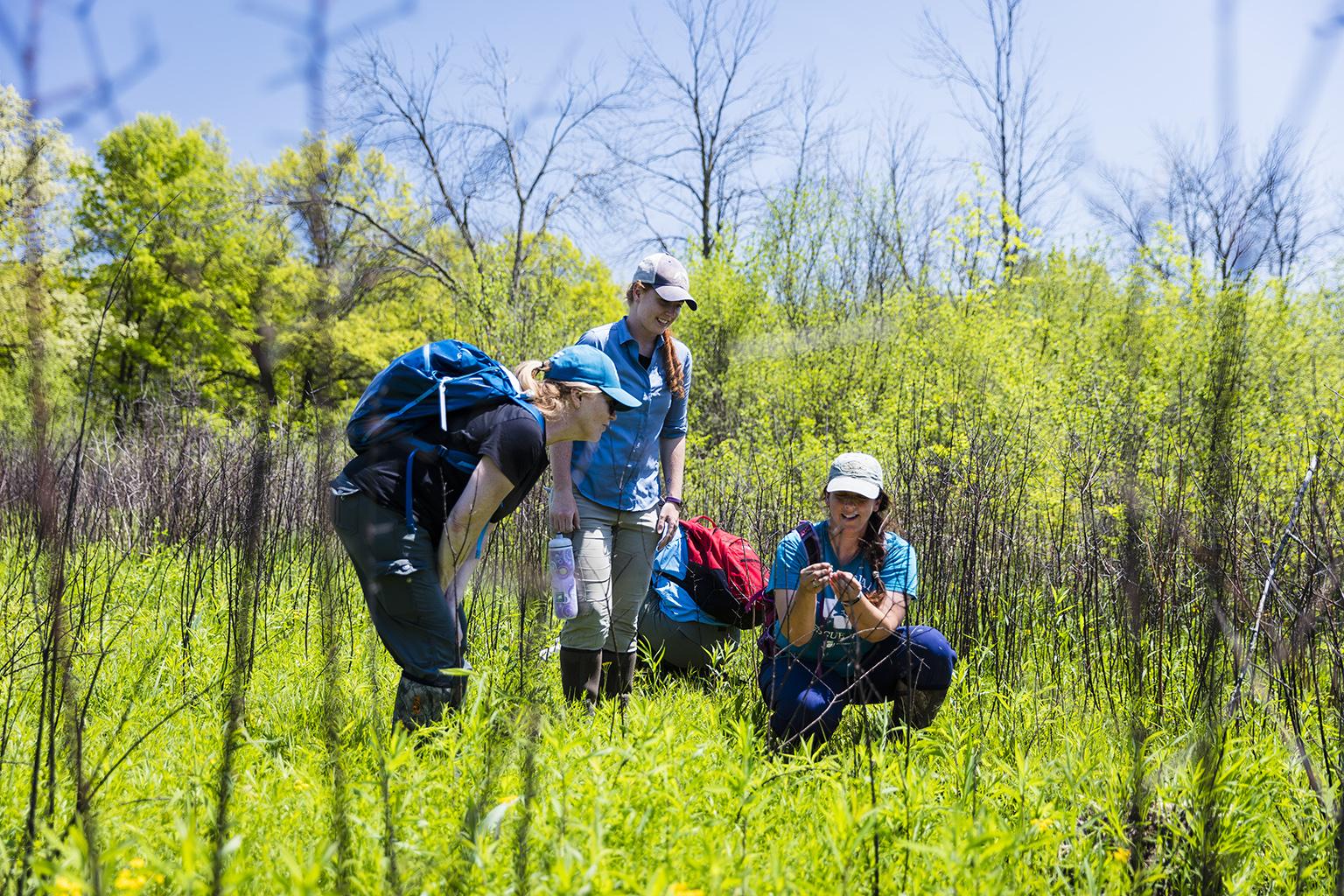 “These are just people who own homes in the area who are really committed and passionate to restoring places that have been degraded into functional habitat,” Sacerdote-Velat said, noting that the volunteers include retired teachers, veterinarians and businesspeople. “They see this as an opportunity to create some stepping stones or corridors for wildlife and plants to [return].”

On July 25, the snakes will be released into an enclosed setting, where they will be monitored for about two weeks to see how they react to the environment. If all goes well, the snakes will be able to leave the enclosure in hopes that they can re-establish populations in the area. 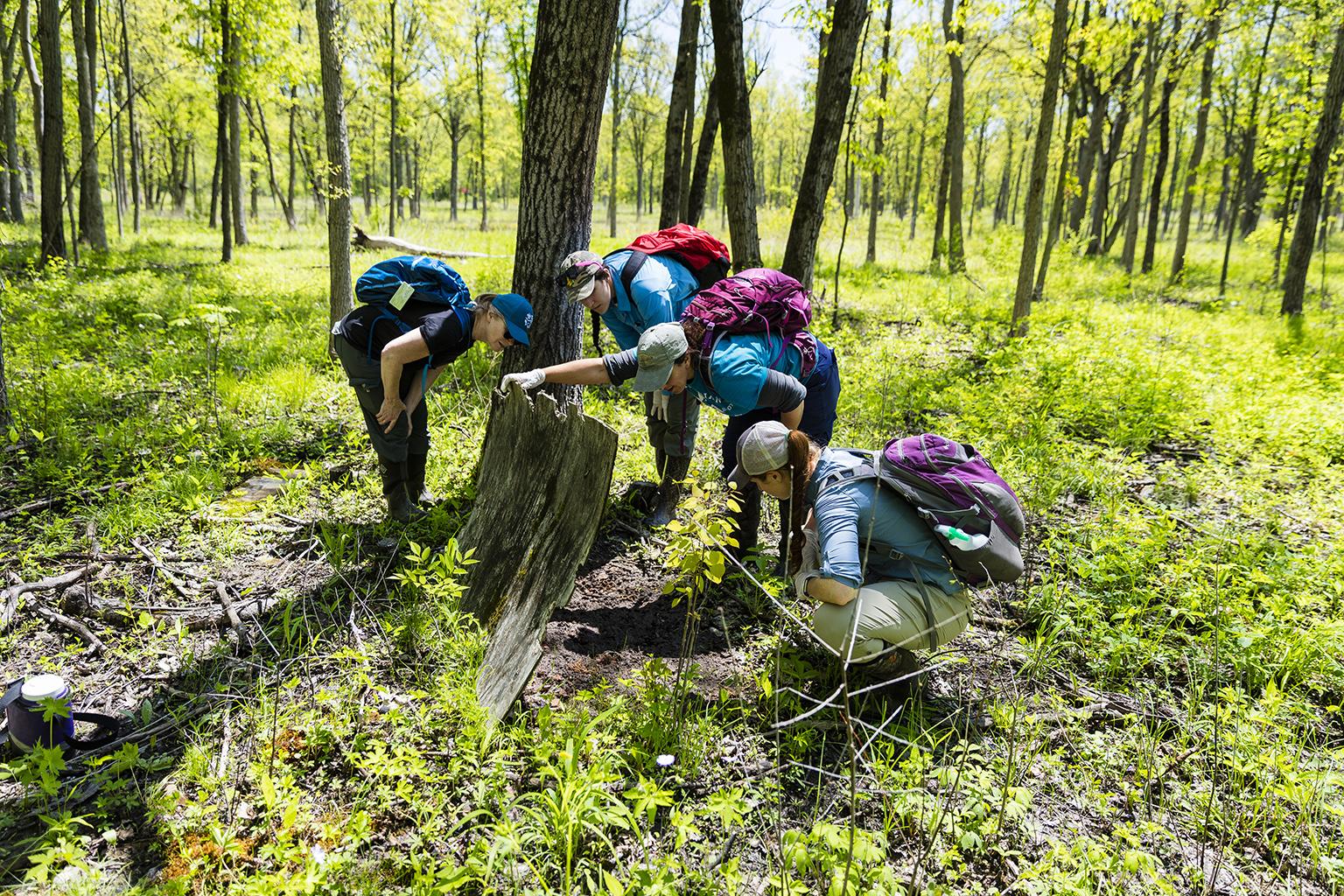 The species plays an important role in feeding on insects that graze on native prairie plants, Sacerdote-Velat said.

“It’s very refreshing for us to be working with a group of citizens who are really excited to be putting snakes back on the land,” she said. “A lot of times you have to explain the value of snakes to people. [The volunteers] just have this remarkable can-do optimism.”