Runners, bikers and pedestrians are used to keeping their eyes open for hazards on Chicago’s paths and trails. But now that the weather has finally warmed up – and seems to be staying that way – the Peggy Notebaert Nature Museum is warning people to watch out for some of our reptile neighbors who are on the move.

In area parks and preserves, some young red-eared sliders and painted turtles are finally making an appearance.

“We’re starting to see little hatchling turtles emerging from the soil,” said Celeste Troon, the museum’s curator and director of living collections. “They hatched several months ago, but they stay below the freeze line and they wait till the soil starts to warm up and then they dig themselves up and they’re moving around heading towards bodies of water.”

Sometimes that means crossing busy paths or roads, which can put them at risk for getting crushed – some are as small as a quarter. In addition to hatchlings, common snapping turtles are also on the go. 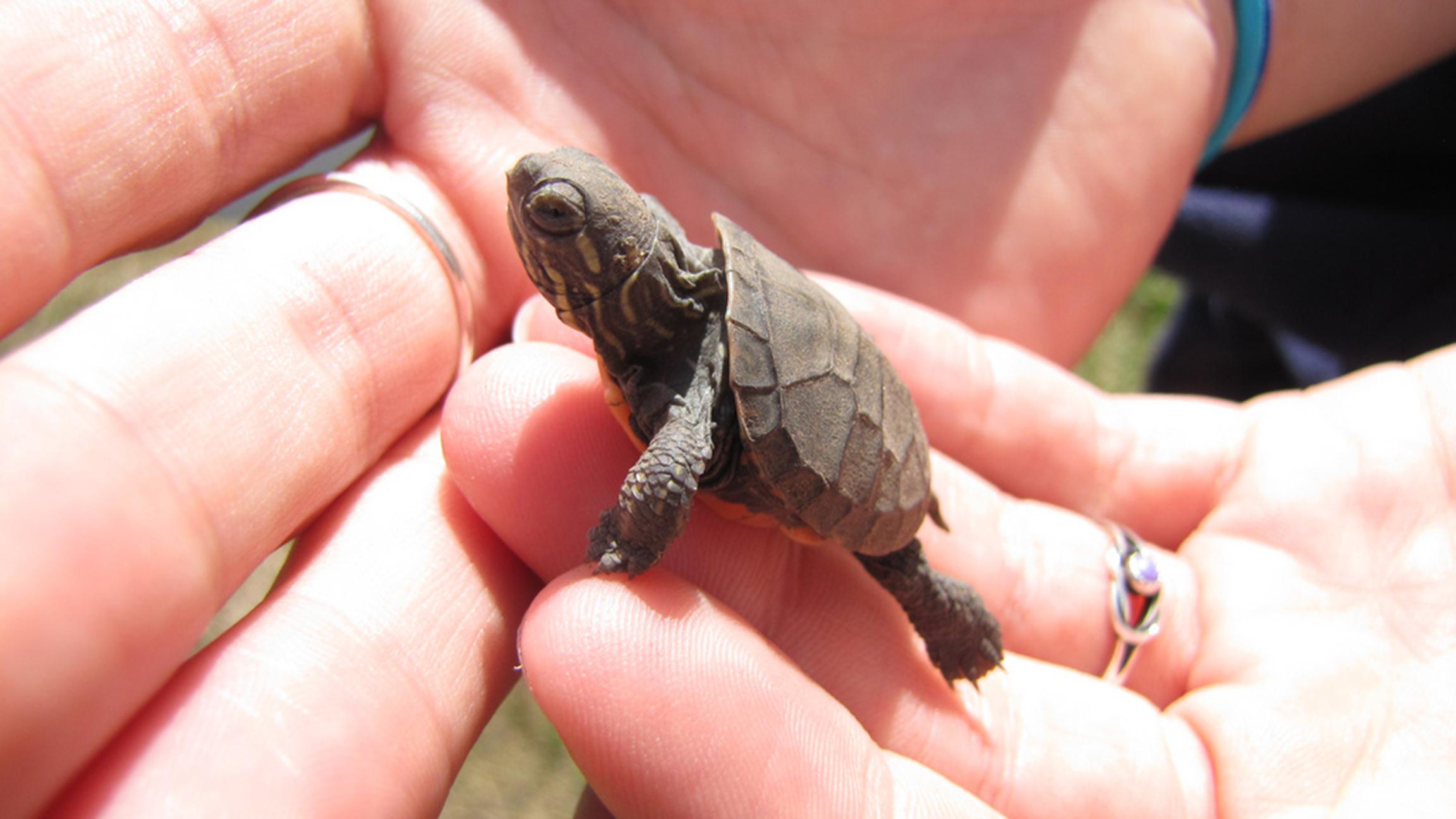 “The big females are out now looking for nesting sites,” Troon said. “We’ve had several instances in the last couple of weeks where people have come in and said, ‘There’s a huge turtle on the path, what do I do?’ Generally, the best advice is nothing, unless it’s heading for the road or is in the road. If you can safely move it across the road, that’s great.”

(Which, if it’s a snapping turtle, means holding it by the back third of its shell so as not to find out firsthand why it bears that name.) 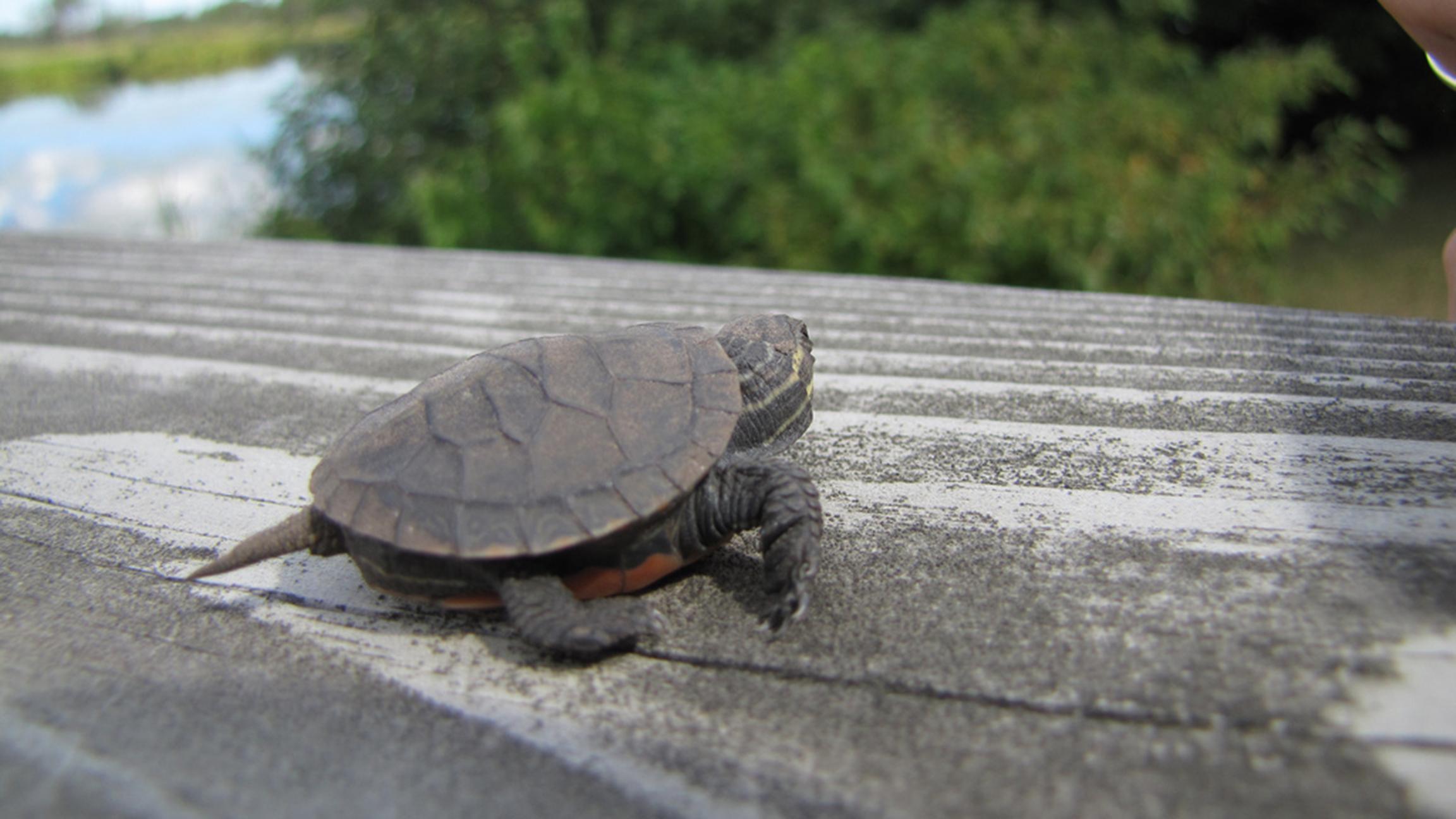 “Think very, very carefully before you take a turtle on as a pet. Minimum, they’re going to live 40 years. Some of the bigger guys like the snapping turtles will live over a hundred years. Do you want a pet that long?”

If you do have a turtle you no longer want, Troon advises calling the groups Friends of Scales and the Chicago Herpetological Society rather than releasing the turtle into the wild.

The turtle hatchlings should be finished moving from their winter homes underground to their summer homes on the water over the next couple of weeks. So until then, look down!