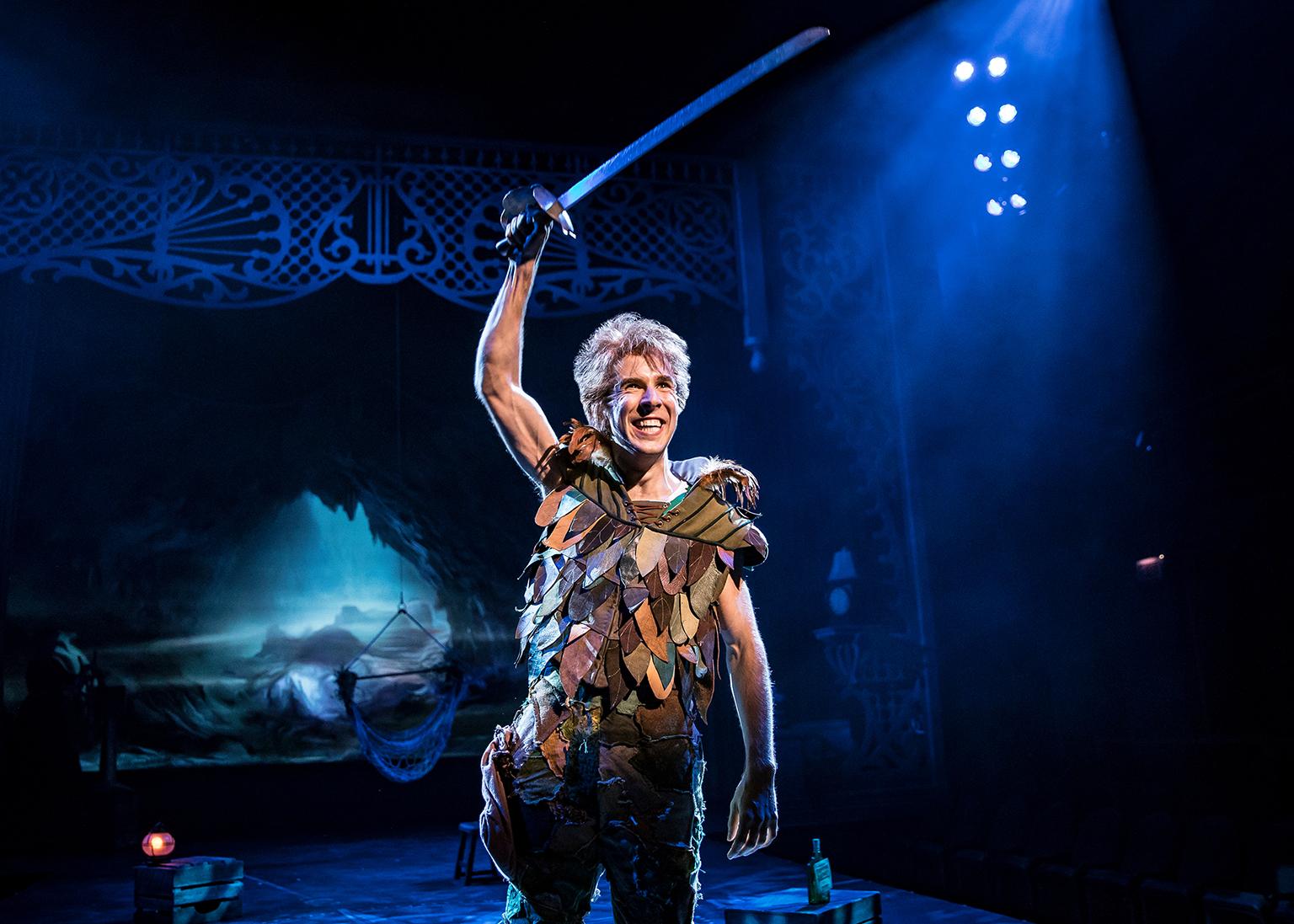 From the moment in 1904 when Scottish writer J.M. Barrie first put his character, Peter Pan, on a London stage, the boy who steadfastly refused to grow up, flew off to the island of Neverland to escape adulthood, and lived a life full of adventure, has been a mainstay of the theater, and later film and television. And each generation has found its own particular Peter, whether by way of actresses Mary Martin, Sandy Duncan or gymnast Cathy Rigby, a Disney animated film, or countless other iterations.

This summer, for its grand-scale family musical, the Chicago Shakespeare Theater has chosen “Peter Pan – A Musical Adventure,” the 1996 version of the story that features a score by the British team of composer George Stiles and lyricist Anthony Drewe, with a script by Elliot Davis (based on a book by Willis Hall and the original play by Barrie). 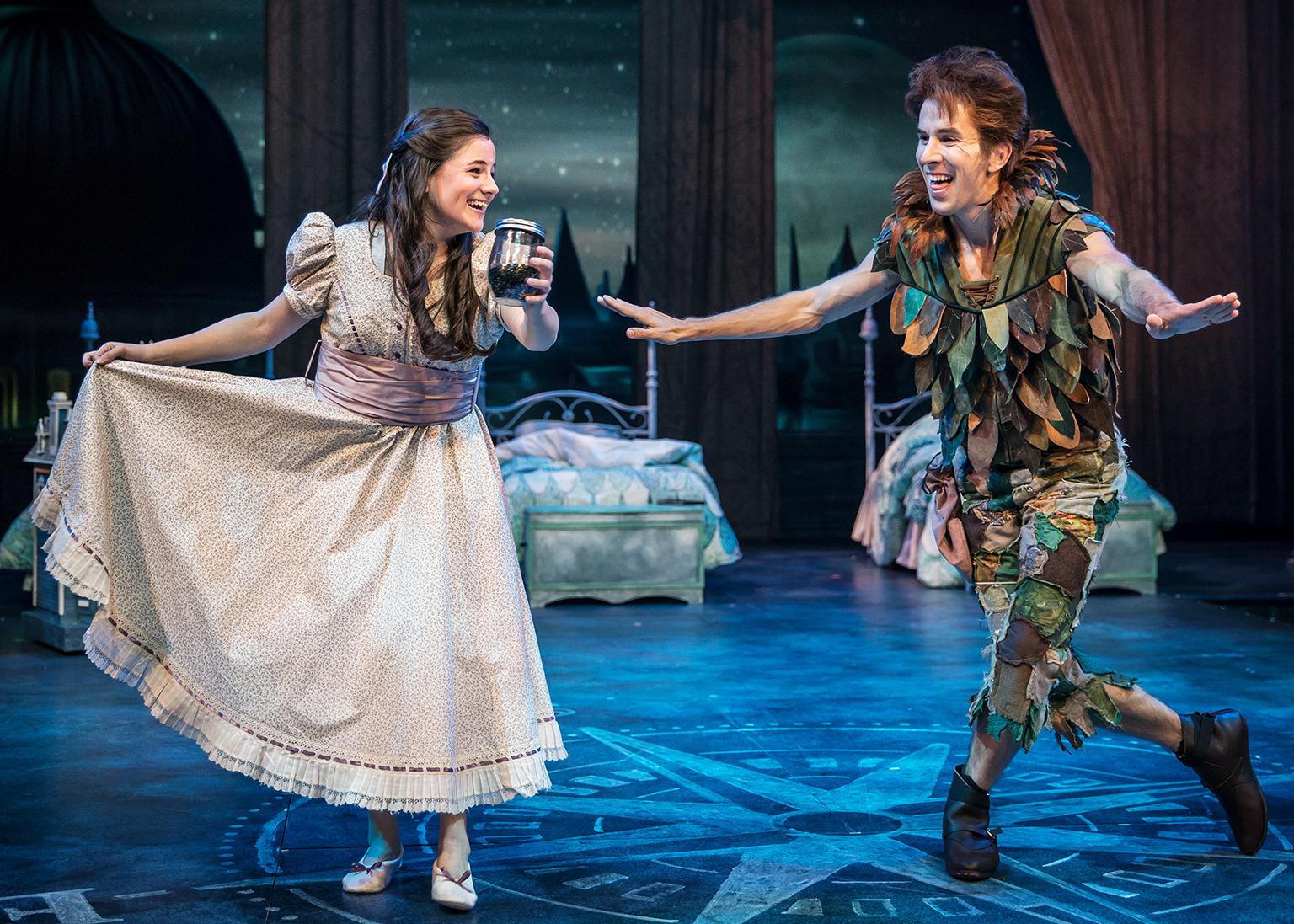 The elaborately produced 75-minute show – winningly directed and choreographed by Amber Mak, with music direction by Kory Danielson, exceptionally fine aerial work by ZFX Flying Effects, and an exemplary cast and design team – has all the energy and magic necessary to keep young audiences engaged. At the same time, the adult aspects of the story emerge with particular force and clarity – from the sense of responsibility that comes with marriage and parenting, to the sometimes differing attitudes of men and women in regard to those things, to a full acceptance of aging and mortality.

Although the familiar 1954 score by Mark “Moose” Charlap, Carolyn Leigh (and others) remains in a class all its own – and holds a certain nostalgic charm for me – there is a lovely lyricism and wistfulness to the songs in this Stiles-Drewe version. And the initial flying song, “Never Land,” which is broken into two words here as opposed to one, even takes on a bit of a fresh meaning, becoming not just a place (Neverland), but an admonition to keep flying to new adventures in one’s life.

In addition, Mak and her actors make the male-female dichotomy exceptionally clear, with the clueless Peter in search of a mother while Wendy is hoping for romance.

Johnny Shea, who resembles a young Benedict Cumberbatch, is not only a notably fleet and natural Peter who easily steers clear of cuteness, but he also is an exceptionally fine flyer who soars up to a perch on the theater’s top balcony with easy confidence while singing in full voice. 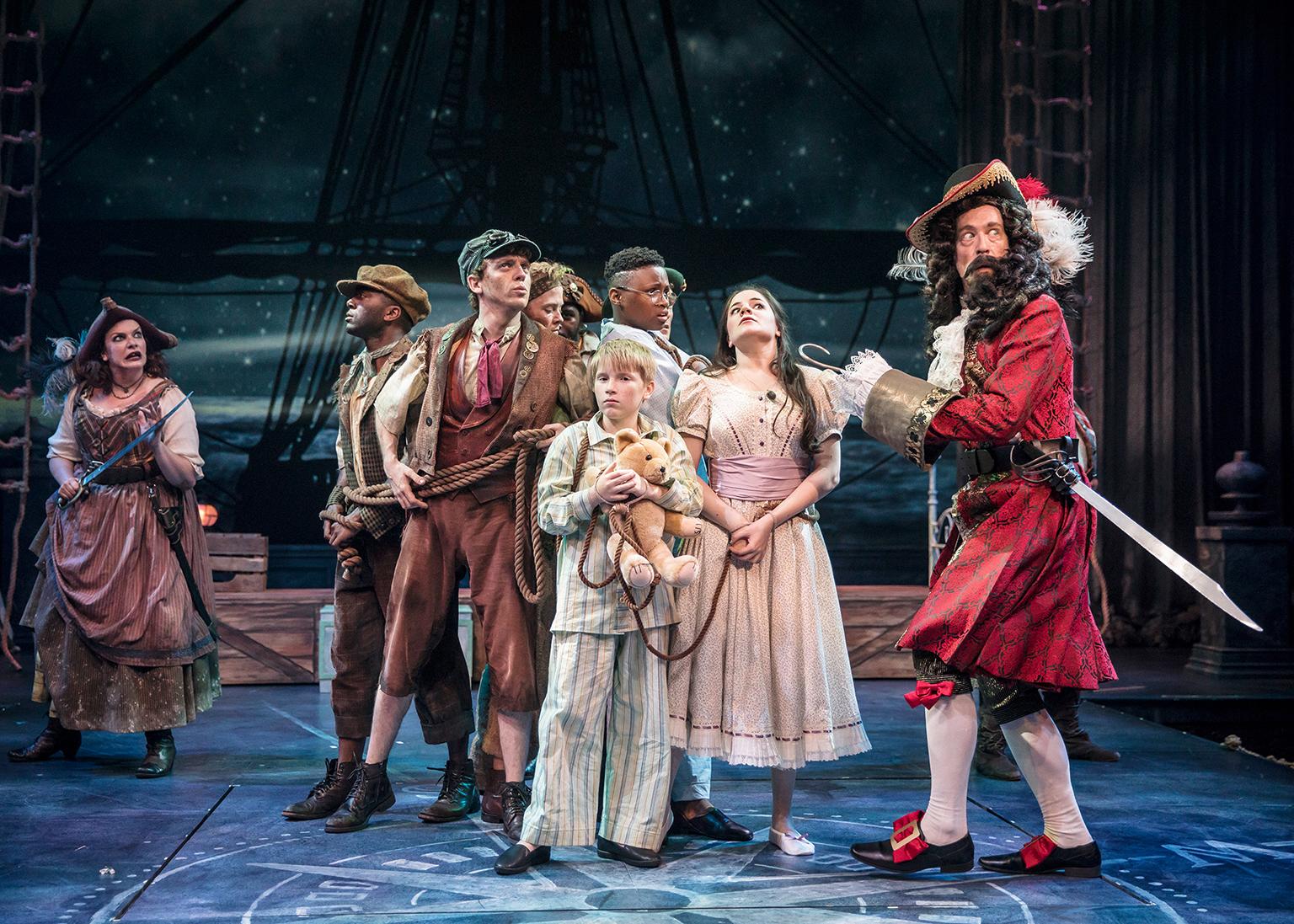 Elizabeth Stenholt’s Wendy possesses both strength and warmth, and she does a fine job of mothering Peter and his rowdy pals, the Lost Boys (an exuberant quartet of singer-dancers that includes Colin Lawrence, Travis Austin Wright, Michael Kurowski and John Marshall Jr.), while maturing in full sight and realizing that she must return home. And as the Storyteller (and fully evolved Wendy), the elegant Rengin Altay brings a wise and bittersweet resolution to the musical.

The rich-voiced Roberta Burke is the ever-anxious mother of Wendy and her younger brothers John (Cameron Goode) and Michael (Carter Graf), and introduces the show’s fervent anthem, “Just Beyond the Stars.” And James Konicek morphs perfectly from the inept and comically narcissistic Mr. Darling to the self-important, vengeance-hungry Captain Hook, who commands his jaded assistant Smee (the earthy Sean Patrick Fawcett) and pirate crew (Christina Hall, Jonathan Butler-DuPlessis and Burke). 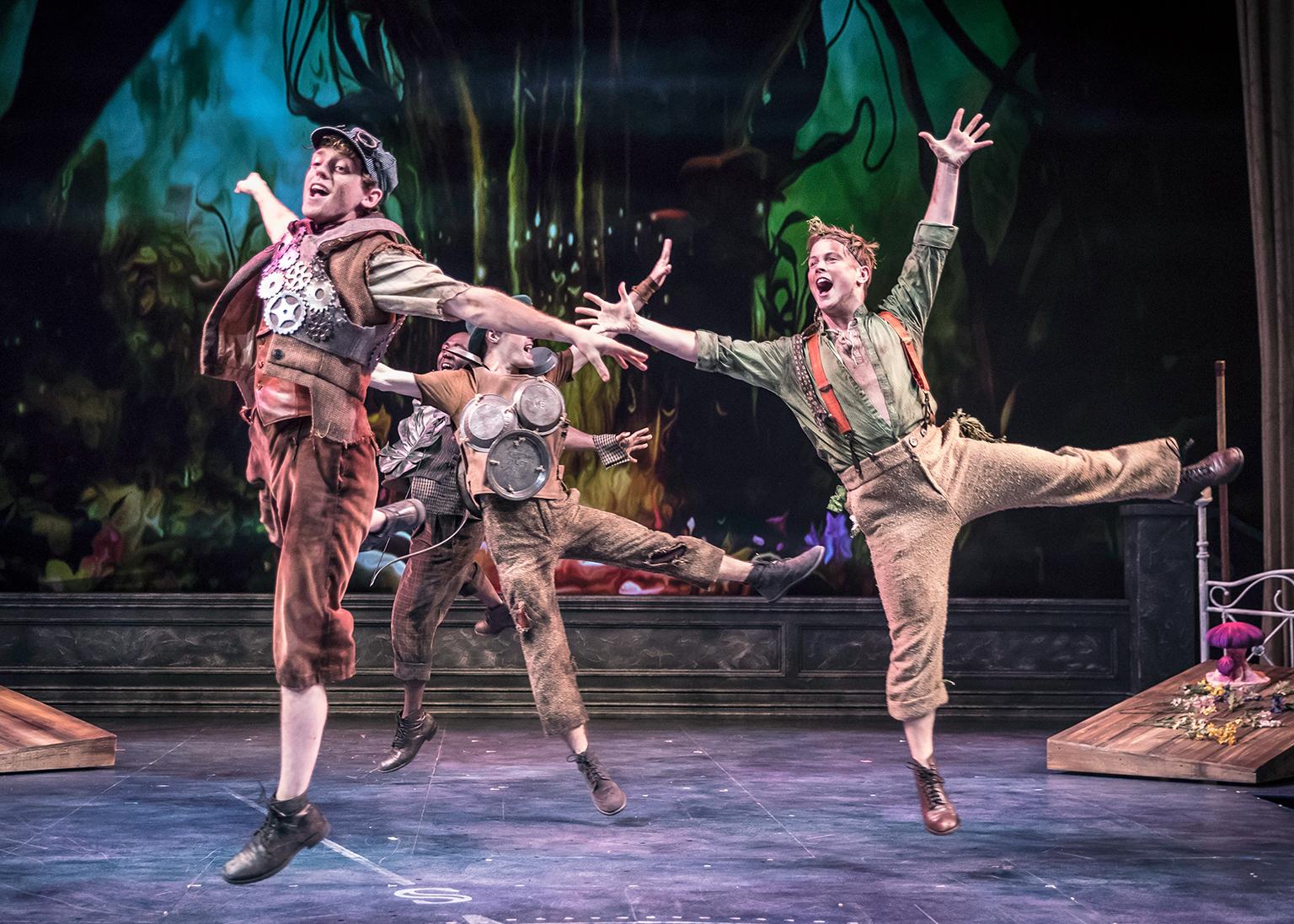 Mak has dedicated this production to her friend and mentor, Rachel Rockwell, the immensely talented director-choreographer who died of cancer earlier this year at the age of just 49. As the program notes, “Rockwell showed us [as Barrie wrote], that ‘All the world is made of faith, and trust, and pixie dust.’”

A most fitting tribute.

Note: This summer’s free Chicago Shakespeare in the Parks production is “A Midsummer Night’s Dream,” directed by CST’s artistic director Barbara Gaines. The 75-minute, music-filled show will visit 18 neighborhood parks throughout the city, with 25 performances from July 25-Aug. 26. In addition, to help celebrate the 2028 Illinois Bicentennial, the production will head out on its first “tour,” playing Aug. 18 and 19 in Peoria’s Glen Oak Park. For the full schedule visit www.chicagoshakes.com/parks.