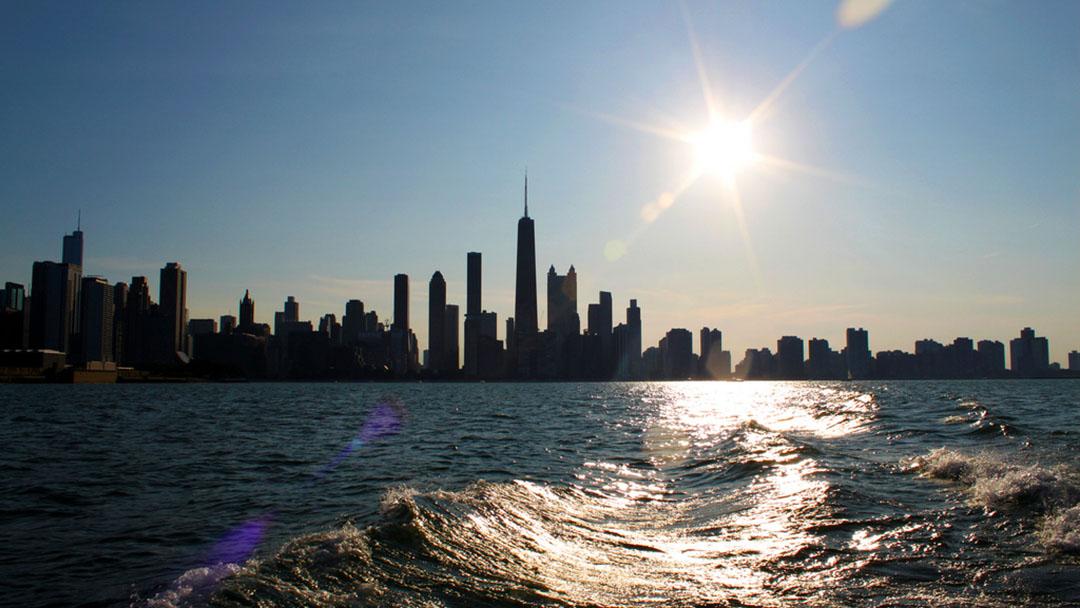 Chicago is 40 percent of the way to meeting emission reduction targets set under the Paris climate agreement, according to a new analysis of city carbon emissions data.

Chicago was among 200-plus cities that said they would honor the commitments of the landmark climate deal after President Donald Trump announced earlier this year that he planned to withdraw the U.S. from the agreement. Several news outlets reported last weekend that the Trump administration might be reversing course and could keep the country in the agreement.

On Monday, Chicago announced results from a final analysis of citywide carbon emissions over the past decade, which shows that emissions decreased by 11 percent from 2005 to 2015. The analysis means that the city is about 40 percent of the way to meeting the original U.S. commitment made by the Obama administration, which set a target of 26-28 percent emissions reduction from 2005 to 2025 as part of the Paris deal.

“While the current administration buries its head in the sand on climate change, it is now up to Chicago and other cities to develop a sustainable 21st century economy,” Emanuel said in a press release. “This report confirms that protecting the environment and growing jobs go hand in hand. This city, alongside numerous other cities across the country, is proud of its commitments to bringing down carbon emissions levels.” 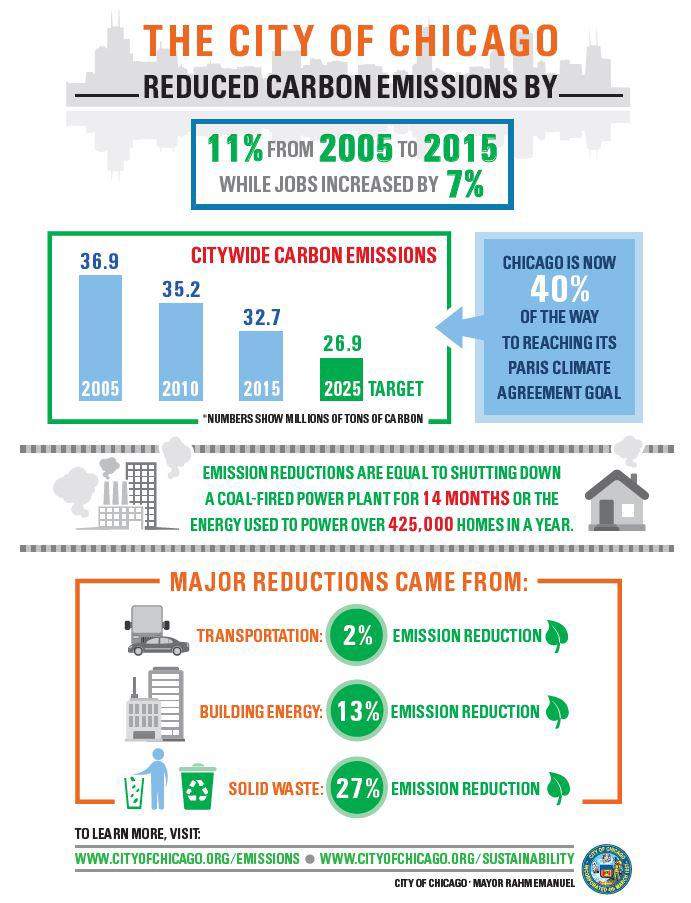 A report commissioned by the city says carbon emissions in Chicago decreased by 11 percent from 2005 to 2015. (City of Chicago)

The report, commissioned by the city and conducted by AECOM, found that Chicago generated the equivalent of 32.7 million metric tons of carbon dioxide in 2015, compared to 36.9 million in 2005. The analysis focused on major sectors such as energy, transportation and waste, with significant reductions driven by reduced electricity consumption and the use of cleaner energy sources, according to the press release.

The reductions occurred while the number of jobs in the city increased by 7 percent, according to the city.

Earlier this year, Emanuel announced a commitment to transition the city’s municipal buildings and operations to 100 percent clean and renewable energy by 2025, the final year for meeting targets set in the Paris accord.

Under the first-of-its-kind agreement, the 195 signatory countries hoped to keep global average temperatures from rising more than 1.5 degrees Celsius compared to pre-industrial averages. The U.S. had committed as part of the deal to reduce emissions by about 25 percent of 2005 levels by the year 2025. The U.S. produces more carbon emissions than any other country except China.

The joining of cities and states to uphold the Paris deal is largely symbolic, given that only heads of state have the authority to sign on.