As a recent article in The Atlantic news magazine, "The Case for Reparations," gained widespread attention, we take a look at the author’s central profile: the Contract Buyers League, a group of African-American homeowners who bought homes in the mid-20th century under exploitative and discriminatory terms. Brandis Friedman talks to the original Contract Buyers about how they saved their homes, and the community organizers who helped them.

Beryl Satter, a native Chicagoan, is the author of “Family Properties: How the Struggle Over Race and Real Estate Transformed Chicago and Urban America.” She received a J. Anthony Lukas citation for her work on the book. Read an interview with Satter about her book and contract buyers in Chicago. 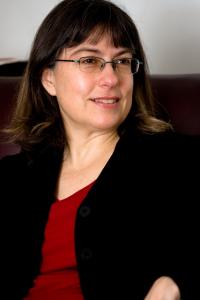 Q: What are contract buyers?

Contract buyers are people who purchase a property on contract, which means on an installment plan. The official name of buying on contract is Articles of Agreement for Warranty Deed. People who buy on contract make a down payment and are responsible for monthly payments for the rest of cost of the property, maintenance charges, and pay interest. They don’t get the title of the property until it is paid off in full. The terminology in Chicago is buying on contract. The danger is under Illinois law, a person selling the property could take the property back and everything you put in thus far, so you get nothing until you make the last payment.

Q: What are contract sellers?

Contract sellers are people selling to people on contract. Lots of contract sellers were speculators who purchased from whites who were fleeing racially changing neighborhoods. White people felt the need to leave now or the price would go lower. Contract sellers bought from whites and sold at dramatic markups to home hungry blacks. Black people were desperate to get property. They were shoehorned into an extremely narrow strip of land on the South Side called the Black Belt. The same speculators that were selling the property to blacks were the same people frightening whites into selling their properties. Contract sellers were making a huge profit. They’d offer a low price to whites and high prices charged to blacks—routinely double, sometimes triple and quadruple the price they paid [to whites].

Q: How did contract buying start?

There were a number of causes. First of all between the 1920s and 1945 little housing was built. There was the Great Depression and then the war. After the war, suburbs were being built. The Federal Housing Administration was guaranteeing mortgages in these new suburbs and encouraging banks to make loans to people to jumpstart the housing construction business. Some whites moved to the suburbs because new houses were available for the same prices they were paying in the city for rent. There were whites who wanted to stay in the city; they loved their neighborhood and sacrificed to purchase and maintain their homes in the city. Some whites moved because of the activities of panic peddlers and speculators who were trying to terrorize them into moving. The real villain is less the speculators and more the federal government. During this period, they were guaranteeing loans in the suburbs but were stingy about insuring mortgages within the city limits. They would insure mortgages in white neighborhoods in the city, but they would not insure neighborhoods with a small number of blacks. They didn’t want to insure a mortgage if it was possible the property value would go down. If a black family moved into a white neighborhood, property values would lower regardless of class or economic status of the black family moving in.

Blacks were confined to a narrow strip of land on the South Side called the Black Belt. They were desperate to get out and willing to pay a high price to get out of a high density area. When white people moved, black people would buy even at high prices. Once a black family bought in a white neighborhood, the banks would redline the whole community or block because they thought now black people moved in, property values would go down and stopped insuring mortgages….Once black people moved into a neighborhood, banks created a self-fulfilling prophecy; property values go down, so they won’t loan. By not loaning, the market value of the area goes down.

And then a white speculator comes around and says [to white people], “I’ll buy your house. Nobody outside can buy it, but I’ve got cash. It’s worth $10,000, but I’ll give you $8,000 if you move now. I’ll come back in two weeks and give you $7,000.” They’d work the blocks; I’ve heard stories of blocks of white people living near pre-existing black areas and dozens of would-be speculators tried to pressure any person they can get to sell. Speculators would buy the house from whites, and make a fortune flipping it to black buyers. Blacks accepted [this] because they had no other choice. 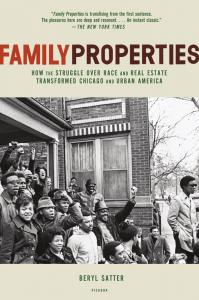 I never heard of it, nothing about it. My father was an activist attorney; he died when I was young. I was six. I didn’t know him and didn’t understand what he had done. Our family, after his death, suffered economic consequences. I would hear stories that he was a prominent man, and we weren’t prominent any more. When I became an adult and historian, I began to look into his story, and one of my brothers had saved newspaper clippings and speeches by my father. There were 2,000 pages worth. I uncovered the newspaper coverage against contract selling. That led me to write the book and investigate what he had done and the stories of his clients, which were heartbreaking.

Q: During your research, did you come across anything unexpected?

On the one hand, the sheer magnitude of exploitation was shocking to me. The idea of a real estate broker purchasing a house for $4,000 and then selling it for $14,000 on contract is just stunning to me. And the fact that these men were able to get away with selling their own properties, pretending to be real estate brokers. All of the conflicts of interest and sheer greed that was exhibited and reading about the pain of people trying to make payments.

Also striking was that these rather complex economic mechanisms were openly and clearly discussed in the Chicago press in the early 60s. Historians like to act like they know something people at the time didn’t. But here people at the time were receiving coverage. I was reading wonderful articles-- many by journalists my father knew and fed information from his clients who had laid out the whole situation.

It was also a little jarring to me to find out about the movement after my father’s death; African American contract buyers on the west side in Lawndale decided to fight back against these contract sales. It was a complete surprise and inspiring to read about the Contract Buyers League, and it was inspiring to read of the heroism of those people to risk everything for one another. They would go on contract strikes.

All I knew about my father was he was on the right side; he was a crusading attorney that died young. I thought once he died that’s it. To find out his life’s work and the powerful repercussions long after his death was very positive. He helped inform people about something he saw as catastrophic and unjust practices. It didn’t die with him. The stories of his clients ended up having an influence across a generation.

Q: Has Chicago bounced back from its days of contract selling?

I wouldn’t say it has bounced back. I’d say, definitely at its best, a work in progress. These things magnify over a generation. In the '60s, so many lost money and then the next generation was more vulnerable to getting subprime loans. Chicago has a very bad record with subprime lending. It’s part of the legacy of contract selling. I don’t think the lesson has been learned. Instead we seesaw between redlining, no loans or predatory loans instead of fair loans that are fairly priced and structured. That we haven’t quite done.