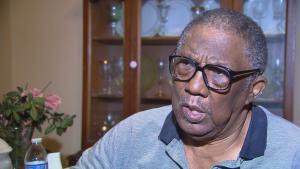 Ninety-one year-old Clyde Ross, a homeowner in Chicago bought his house on contract in 1961 in the North Lawndale neighborhood. He paid $24,000 for a home that was appraised at $12,000. Under a contract, the buyer makes installment payments at high interest and earns no equity. If the buyer defaults on even one payment during the contract, he loses the property and everything he paid into it.

Ross and hundreds of other homeowners in North Lawndale couldn’t get mortgages. Banks wouldn’t give mortgages to blacks because the Federal Housing Administration redlined neighborhoods it deemed unstable, which were largely black neighborhoods.

So, white speculators would buy the homes and resell them to blacks using contracts, which consisted of a down payment and monthly payments, usually at an inflated price.

“We thought we were getting a good deal on the house; we didn’t know how the cost would be in the city, we’re outta Mississippi. We don’t know what houses cost is,” Ross said. “We come to find out that the houses were bought cheap and sold high. We had no other choice than to buy.”

Eventually, community organizer and Jesuit seminarian Jack Macnamara learned how widespread the contracts were. So, he helped homeowners form the Contract Buyers League in the late ‘60s. The group met for months and then filed two federal anti-discrimination cases, which both failed. Afterward, black homeowners began to holdout on their monthly payments. Instead of making them to the contract sellers, they saved the payments in safety deposit boxes. The holdouts eventually led to renegotiated contracts for more than 450 families. 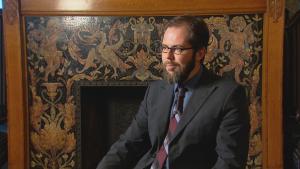 Erik Gellman, a Roosevelt University history professor, said that there were several levels of exploitation during this time. He believes redlining allowed for exploiters to create this dual market of mortgages and contracts when buying houses.

“You have several levels of exploitation from the contract sellers, to the mortgage institutions, to the bankers, all making money off of a system that ruined communities like North Lawndale,” Gellman explains.

Princeton University Professor Keeanga Taylor worked as a tenant advocate at the Illinois Tenant’s Union several years ago when she became interested in the Contract Buyers League. It’s the reason she attended graduate school. She believes that the housing problems during this time directly relate to the segregation and poor black neighborhoods we see in Chicago today. 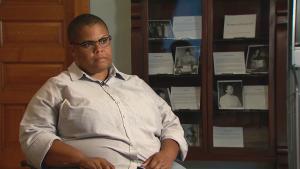 “Segregation is not just about excluding people from other people; it’s not just about the development of black neighborhoods versus white neighborhoods. It’s also about the way in which segregation creates a captive market,” she explained. “It’s about the way segregation creates the  conditions for predatory and exploitative lending and financial practices that are directly responsible for the level of deprivation, dilapidation, and general substandard housing that we have on the south and west sides of Chicago versus other ‘hoods.’”

The story of the Contract Buyers Leagues was highlighted in a recent article in newsmagazine The Atlantic. “The Case for Reparations,” by Ta-Nehisi Coates brought attention to the 35 years of unequal racist housing practices. Coates argues in favor of studying the possibility of reparations to the African-Americans who were harmed by this housing discrimination.

Some say the housing discrimination against blacks in the mid-20th century has led to Chicago becoming one of the nation’s most segregated cities today.