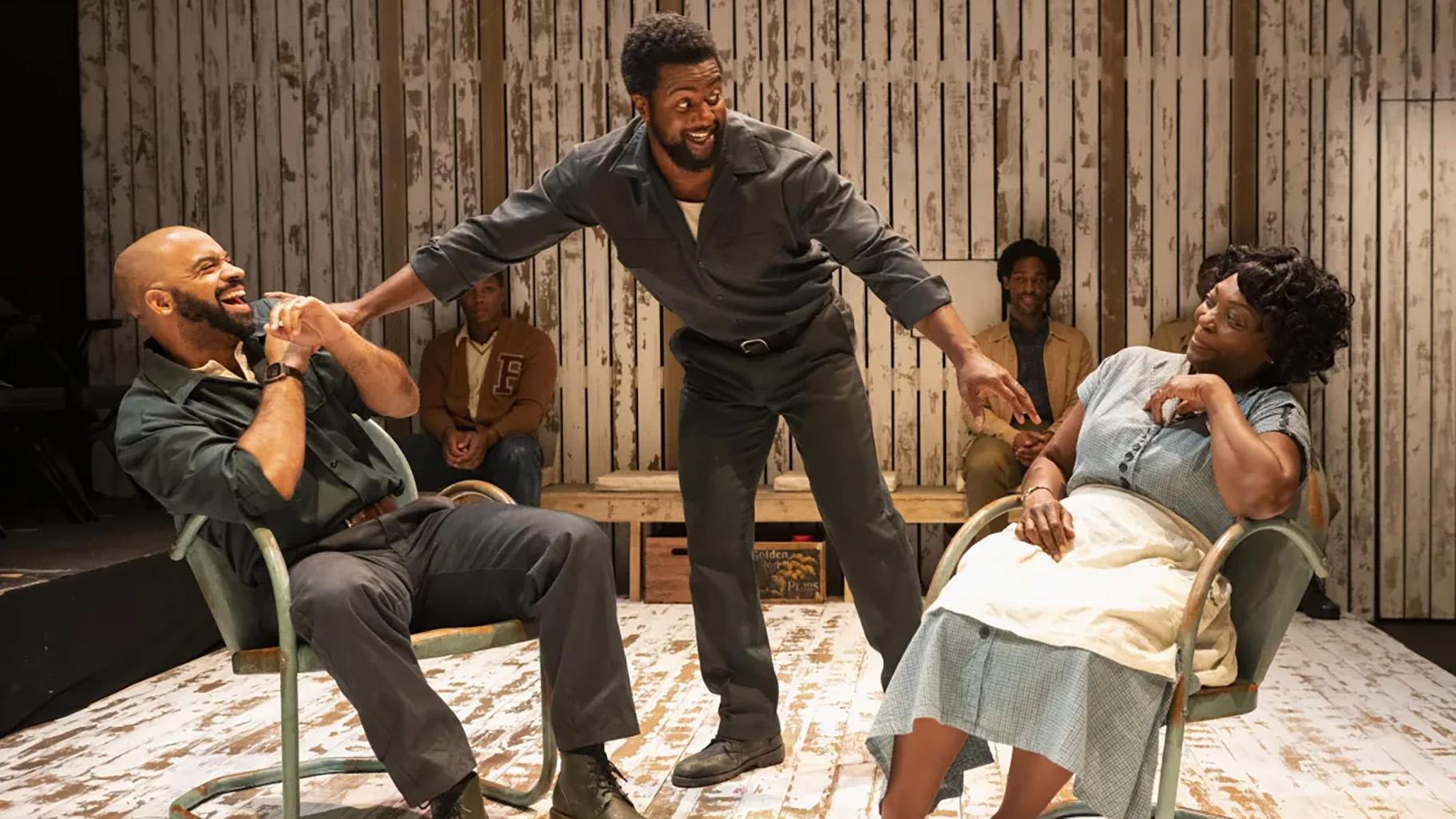 This has been an extraordinary year for stellar revivals of three of the 10 plays in August Wilson’s Century Cycle — his stunning evocation of Black lives in each decade of the 20th century.

First came director Chuck Smith’s searing revival of “Gem of the Ocean,” the series’ origin story, produced by the Goodman Theatre this past February. Then, in May, there was “Two Trains Running,” Ron OJ Parson’s vivid rendering of Wilson’s 1960s era installment produced by Court Theatre.

And now, for American Blues Theater, director Monty Cole and his uniformly breathtaking cast has created a blistering production of “Fences,” Wilson’s family drama set in the late 1950s.

A painfully honest look at the relationship between a husband and wife, and a father and his two sons, the play captures a sense of the generational turmoil in one Pittsburgh family. And, along the way, Wilson subtly presages the more overtly revolutionary era that will unfold in the 1960s.

In addition, this riveting production also serves as a powerful reminder of the many electrifying actors at work in Chicago — actors who can grab hold of Wilson’s writing, and soar on the playwright’s most feverish and challenging passages. They turn Wilson’s words into what is almost the verbal equivalent of operatic arias.

Full of resentment, pain, rage, broken dreams, endurance and yes, love, Wilson’s characters are at once achingly real and larger than life. And here, staged in an ideally intimate space in the Theater Wit complex — with several long rows of seats on either side of the stage, and tall, fragmented wood-paneled walls at either end of the room that suggest the towering fence that is never quite completed — the emotional intensity is fully palpable.

At the center of “Fences” is a husband and wife. Troy Maxson (Kamal Angelo Bolden), a man in his 50s who, as a young man, excelled in the Negro Baseball League. He dreamed of being a major league player before Blacks were accepted into its ranks, served some time in prison, and for many years has worked for the city’s sanitation department. His second marriage to Rose (Shanesia Davis), has endured for nearly two decades thanks to her being an indestructible force with a generous heart who tries to keep peace in the family.

Troy has two sons. Lyons (William Anthony Sebastian Rose II), his child from a previous marriage. He is a striving but penniless musician backed by a girlfriend with a job. When he asks his father for a loan of $10, he is immediately turned down.

Cory (Ajax Dontavius), Troy’s son with Rose, is an intense young high school senior and gifted athlete who is aiming for a chance to win a college football scholarship at a time when color barriers were beginning to come down. But his father — more envious and bitter than concerned — undermines this opportunity, and Cory, furious and defeated, joins the Marines.

And that is not all. A haunting presence throughout the play is Troy’s older brother, Gabriel (Manny Buckley), who was seriously brain-damaged as a soldier in World War II, and whose reparations from the government paid for the Maxsons’ house in which he had a room for many years. And then there is Troy’s good friend, Jim Bono (Martel Manning), who supports Troy’s attempts to get promoted from his job as a dumpster lifter to the less physically taxing work of truck driver, which he believes is a position mostly saved for white workers.

Last but by no means least is the arrival of Raynell (Riley Wells), the tiny girl born to Troy’s self-professed mistress who dies in childbirth. Rose will take over as Raynell’s mother, but in a fiery pronouncement she also informs Troy that from now on he will be “a womanless man.” 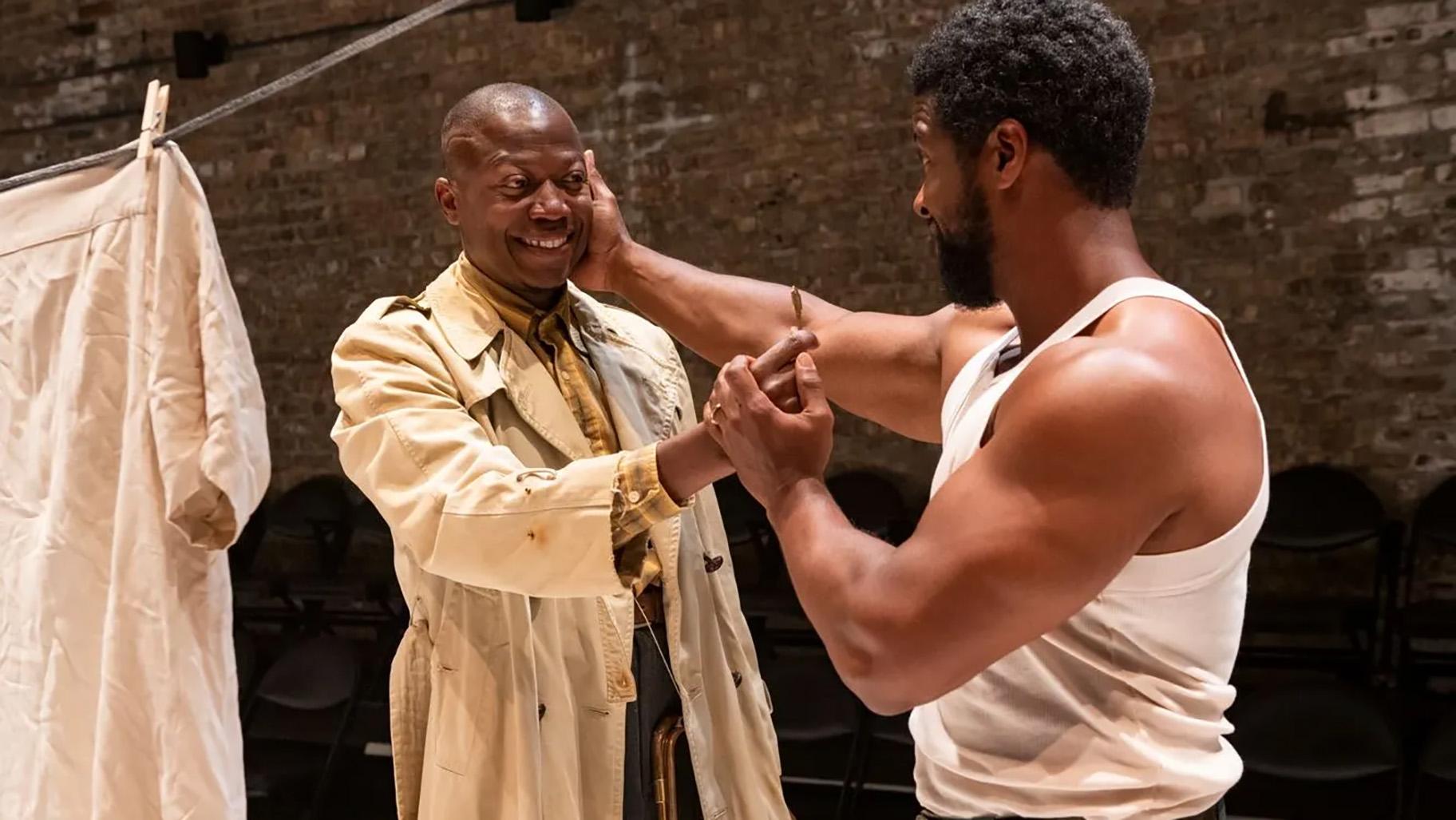 Cole could not have cast this production more ideally, and there are riveting performances by each and every member of its seven-person cast.

As Troy, the bitter, angry man who is both a victim of racism and of his own self-pity Bolden ideally captures both the inner and outer rage that manifests itself in many ways and results in self-destruction. As Rose, a woman of immense strength and heart, Davis all but stops the show with her bravura performance of a searing monologue that clearly suggests this woman has finally liberated herself, as painful as that might be.

And Dontavius ideally suggests a young man who is both starved for his father’s admiration and support, yet fierce enough to confront him and move on to succeed where his father failed. The actor is as powerful in his tense silences as he is in his moments of fierce physical rebellion (with a fight scene expertly “choreographed” by Charlie Baker).

Buckley’s portrayal of Troy’s brain-damaged brother is uncanny in the way it captures both the tragic and deeply spiritual aspects of the man, and also suggests what remains of a still sentient being. As Jim Bono, Manning ideally suggests the nature of an enduring male friendship. And as Raynell, the petite and spirited Wells brings a sense of hope and delight.

Of course the deeply rooted genius at the core of everything here is Wilson — a playwright whose understanding of human nature, and of the way language can be at once real and poetic was close to magical. “Fences” won both the 1987 Pulitzer Prize for Drama and the Tony Award for Best Play. But there could be no greater testament to the play’s greatness than this magnificent production.