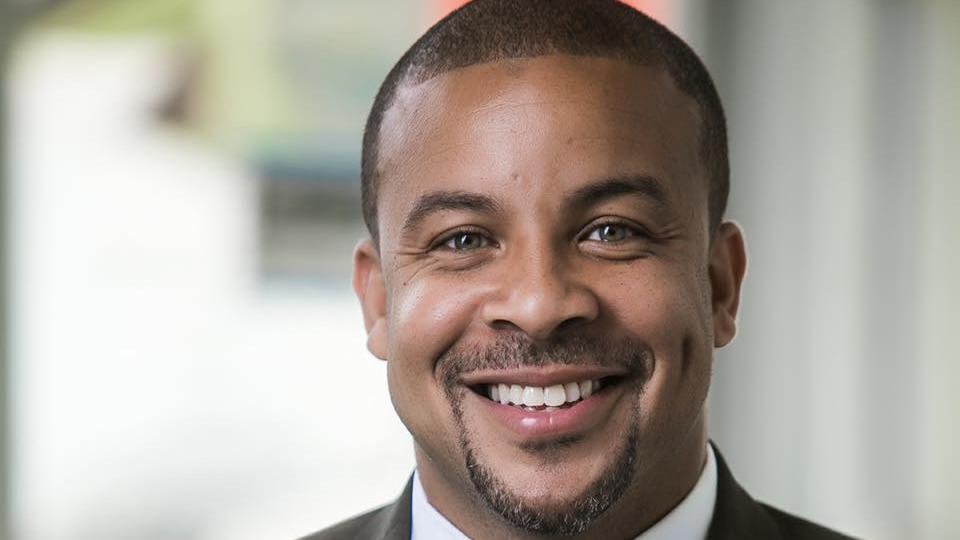 Ald. Michael Scott, Jr. (24th Ward) resigned from the Chicago City Council Tuesday, telling WTTW News that the toll of the COVID-19 pandemic and the unrelenting violence in his West Side ward had taken too great a toll on himself and his family.

“I’ve done as much good work as I can, for as long as I can,” Scott said early Tuesday morning. “It is time for me to step away.”

Scott’s resignation will be effective June 3, according to his letter to Mayor Lori Lightfoot. Lightfoot will have 60 days to appoint a replacement, who will serve until the next election, set for February 2023. This will be Lightfoot’s second appointment to the City Council — she tapped Ald. Nicole Lee (11th Ward) to replace convicted former Ald. Patrick Daley Thompson in April.

“The ongoing challenges with public safety, the pace at which resources reach our community, and the pandemic have all taken a toll,” Scott wrote in his resignation letter. “I have personally worked extremely hard to address these issues, and at times to the detriment of my own family.”

Hours after Scott’s surprise announcement, Cinespace announced Scott would join the West Side studio in a newly created role as the director of industry and community relations. Cinespace is in the 24th Ward.

“I plan on staying in Chicago and continuing to serve in a new way,” Scott said.

Scott will oversee Cinespace’s job training program for residents of the West and South sides, according to a news release from the studio.

“Michael has a proven track record for building programs and bringing resources to underserved communities,” said Ashley Rice, Cinespace’s president and co-managing partner. “His wealth of experience and drive to make a positive impact will advance Cinespace’s commitment to creating visible pathways for job opportunities and ensuring equal access in the film and TV industry.”

Scott will be prohibited from lobbying his soon-to-be former colleagues on the City Council and other city officials for one year, according to the city’s governmental ethics ordinance.

In a statement, Lightfoot called Scott a "great friend and confidante" during her time as mayor, and said she fully supported "his transition to a new role of service that better meets the needs of his family."

In his resignation letter, Scott said serving on the Chicago City Council was his life’s dream. The alderperson’s father, Michael Scott, served as president of the Chicago Board of Education during the tenure of former Mayor Richard M. Daley.

Scott, 46, earned $130,248 as alderperson of the 24th Ward, which includes North Lawndale. He also served as chair of the City Council’s Education Committee, which had a 2022 budget of $181,806. The panel has met just once this year, to hear complaints about proposed budget cuts to the Chicago Public Schools.

In August 2020, before vaccines were available, Scott contracted COVID-19. Although he recovered, Scott told WTTW News the pandemic played a “huge role” in his decision not to serve out his second term in office.

Scott said resigning from the City Council would allow him to spend more time with his two young sons, one of whom has autism.

“There is so much more that he needs and that I need to be around for,” Scott said. “This job does not allow for that.”

Scott said the unrelenting pace of violent crime in his West Side ward has also taken a toll.

“It is difficult to wake up and see that every day,” Scott said of the gun violence. “There is no way to take a day off of that. It is very taxing.”

Scott said he also had tired of explaining to residents of the 24th Ward why it still lacked the same resources as other wards and what it needs to stop crime and create jobs.

“That is hard to explain,” Scott said.

The mayor’s office said Lightfoot will form a committee to review applications from 24th Ward residents who want to serve on the City Council. Applicants must have been a resident of the 24th Ward for at least one year.

“This candidate must be able to speak to and advocate for the unique needs of the communities they will represent, as well as possess the lived experiences necessary to connect with their residents,” Lightfoot said in a statement.