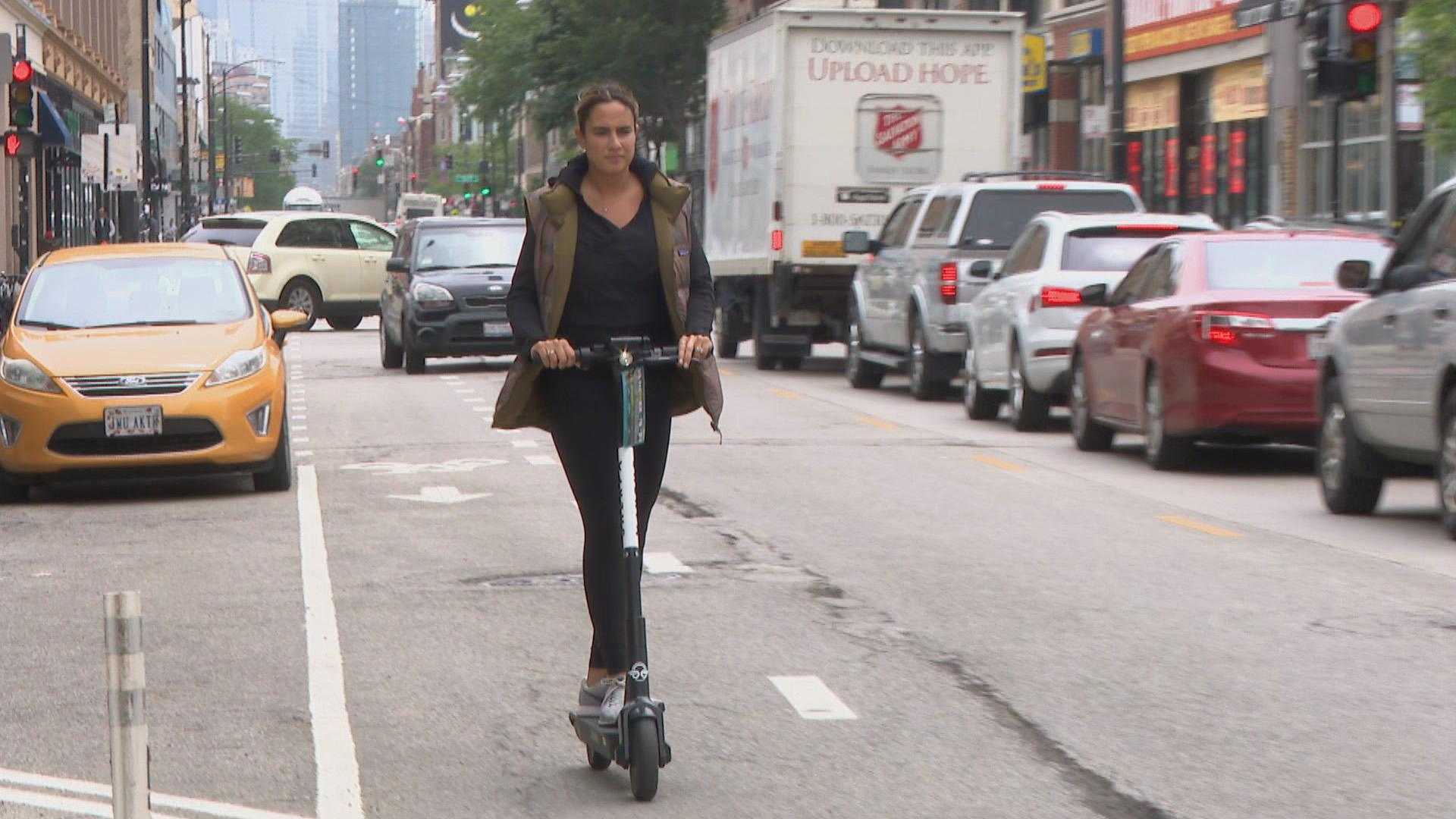 The Chicago City Council is poised to allow shared electronic scooters to return to Chicago streets this spring — including downtown and the 606 Trail, where they were banned in last year's pilot program.

With the endorsement of the City Council’s Transportation and Public Way Committee, the proposal — backed by Mayor Lori Lightfoot and Chicago Department of Transportation Commissioner Gia Biagi — heads to the full City Council for a final vote on Thursday.

Ald. David Moore (17th Ward) cast the lone vote against the proposal, saying that the city should build stations for the scooters to be locked to before allowing the program to become a permanent part of the city’s transportation system.

“I don’t hear my community crying and saying it is a definite need,” Moore said.

But Ald. Mike Rodriguez (22nd Ward) said the program will offer Chicagoans a way to get around town with “a clear alternative that's much better for our environment.”

Chicago Department of Transportation Managing Deputy Commissioner Kevin O’Malley said the scooter-sharing program, which will operate in a similar manner to the Divvy bicycle-sharing system, will reduce congestion and encourage the use of public transportation throughout Chicago.

“We believe that these scooters can be an affordable, convenient and environmentally friendly way for Chicagoans to get around the city,” O’Malley said.

The proposal that advanced Wednesday would allow the three firms that win two-year licenses from the city to deploy a maximum of 6,000 scooters on Chicago’s streets once the looming winter eases, O’Malley said. Each firm would be allowed no more than 2,000 scooters, he added.

The city stands to earn $4.4 million from the permit fees for the 6,000 scooters in the program’s first phase. Riders who rent the two-wheeled scooters would also pay the city 9% lease tax, O’Malley said.

The program could expand to 12,500 scooters with Biagi’s support, O’Malley said.

To prevent the two-wheeled vehicles from becoming nuisances for pedestrians, each scooter must be equipped with a system that sounds an alarm when it is ridden on Chicago’s sidewalks, according to the proposal. The alert would be similar to the one made by cars when a drivers’ seat belt is not engaged, to alert both the rider and nearby pedestrians that the scooter is being operated in the wrong place, officials said.

The scooters must be locked to poles or bicycle racks at the end of a ride, according to the proposal. Companies would be allowed to build corrals for the scooters under another provision of the measure.

A second test of an e-scooter sharing program wrapped up in December after approximately 540,000 rides. That experiment increased transportation options in areas with gaps in the transit network, including the South and West sides, city officials said. The first pilot, which took place in June and July 2019, failed to meet that goal, officials said.

Although city transportation officials concluded that the scooters drew 75% fewer complaints during the second pilot because a new requirement to lock scooters to fixed objects, several aldermen said that did little to reduce sidewalk clutter or reduce negative impacts on pedestrians or people with disabilities.

The only place the e-scooters could not be ridden in Chicago would be the Lakefront Trail, O'Malley said. Companies would be required to make sure an ample number of scooters are available on the South and West sides, according to the proposal.

Both pilot programs in 2019 and 2020 banned e-scooters from the Central Business District as well as the Lakefront Trail and the 606 Trail.

Ald. Harry Osterman (48th Ward) said he did not believe the e-scooter companies would be able to keep the two-wheelers off the sidewalks in his lakefront ward, especially on Sheridan Road, where he said elderly pedestrians have been “run down” by bicyclists.

“I don’t trust them,” Osterman said.

During a June hearing about a shared e-scooter program, Osterman and other members of the Chicago City Council urged city officials to ban scooters from wards where the alderpeople do not support them.

Osterman said Wednesday he would urge Biagi to defer to alderpeople and block the program from more parts of the city.