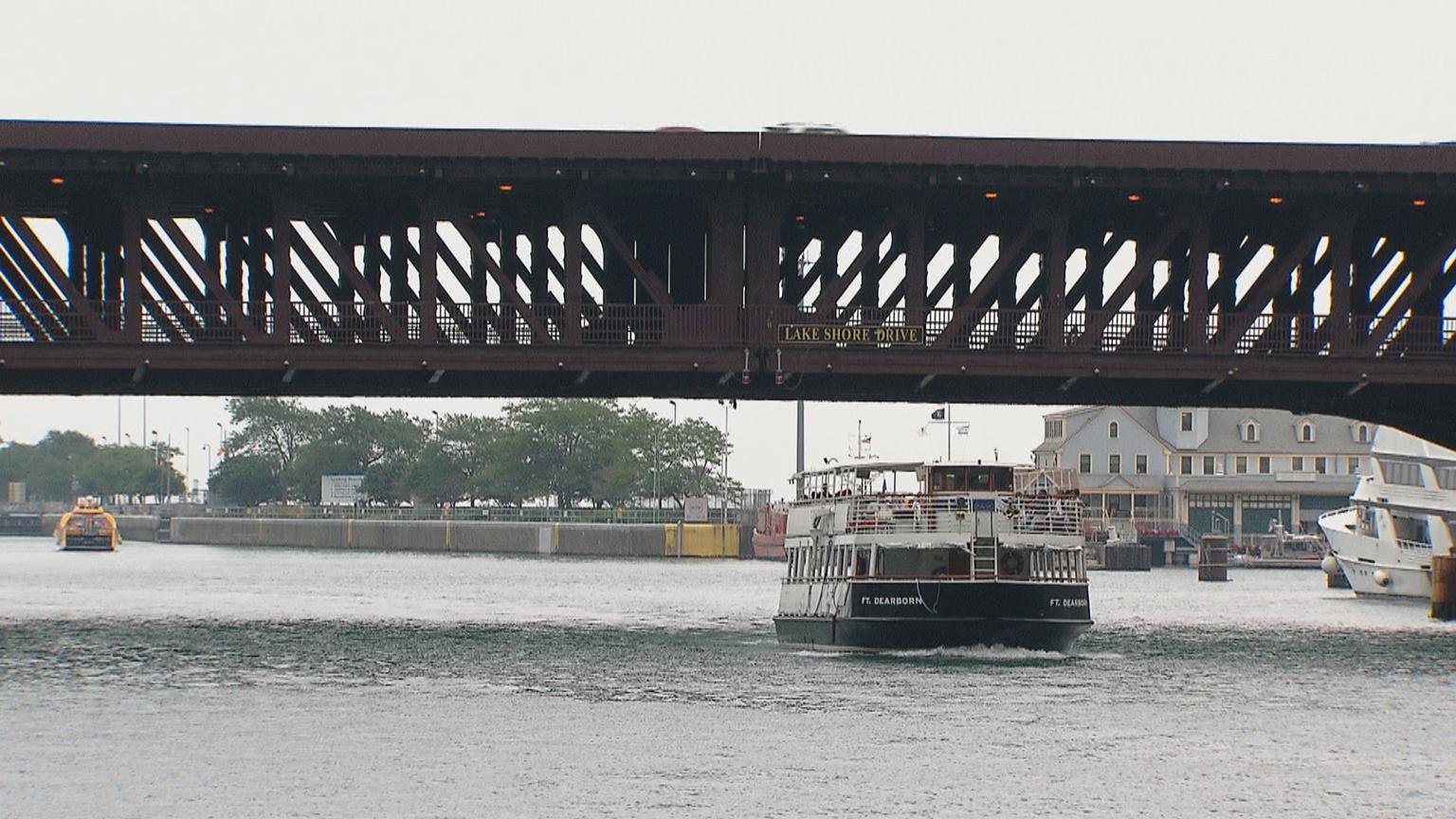 A newly released five-year plan to invest in Chicago’s roads, bridges, bikeways and other infrastructure needs is a welcome shift away from short-term, less comprehensive projects, some analysts and city officials say.

Mayor Lori Lightfoot’s office last week released a five-year capital plan that outlined 10 categories of infrastructure and equipment needs, which it says will be assessed citywide on a set of needs-based, data-driven and equity-focused criteria. The city says the plan will create thousands of jobs and address a decadeslong backlog of issues.

The first two years of the plan would be funded by $1.4 billion in borrowing, which was approved by the City Council’s Finance Committee and is headed for a full council vote Tuesday as part of next year’s budget package. A Finance Department spokesperson said the city will have to start paying off the debt in 2022 with $25.5 million in property tax revenue. The remaining three years of the plan do not yet have a funding source identified.

In a statement, Lightfoot said the plan is the “latest ambitious campaign to invest in Chicago’s residents and businesses.

“By leading with equity, we are ensuring that this success is not only driven by our historically disinvested communities, but brings our whole city closer together by literally building bridges across neighborhoods and unlocking our full potential for decades to come,” the statement reads.

“It’s about time,” said Jacky Grimshaw of the Center for Neighborhood Technology. “We’ve been waiting four years for an infrastructure package coming out of Washington and nothing has materialized, so infrastructure has gotten four years’ worth of increased deterioration. The city was wise to go it alone.”

Grimshaw said the investment in infrastructure, the five-year timeframe of the plan and the jobs it will likely create make it a “win-win-win.” While some aldermen last week expressed concern about paying for the plan by issuing new bonds and adding to the city’s debt load, Grimshaw said it’s not an unusual way to pay for projects like this.

“If you have to pay for new tires or new wheels because you run over potholes, if you have to worry about flooded houses when it rains because the sewers are inadequate or need to be replaced, that’s an individual expense, versus sharing the expense through a general obligation bond that everybody gets to chip in and it benefits the whole community,” Grimshaw said.

Audrey Wennink of the Metropolitan Planning Council said the plan is a “step in the right direction” and a welcome attempt to address infrastructure needs in a centralized way.

“Historically, it’s been very fragmented and very dominated by the wards,” Wennink said. “That funding hasn’t gone up in many, many years so it’s not keeping up with inflation and increasing need.”

Wennink said ward-by-ward funding and implementation of projects has contributed to inequities in Chicago, because the geographic sizes and infrastructure needs of the 50 wards vary dramatically. Additionally, Wennink says, “Different types of priorities which aldermen might advance can lead to a very fragmented transportation system. When you’re looking at systems such as bicycle lanes or safe corridors, those don’t start and end at ward boundaries. Those are networks that go across the whole city and you want to have some centralized planning for those types of things.”

While Wennink said there have been centralized plans over the years, they haven’t always come to fruition, like the Streets for Cycling 2020 plan to make biking in Chicago easier and safer, which was released in 2012.

The capital plan also increases the treasured discretionary funding known as “menu money” that aldermen get to spend on projects in their wards from $1.32 million to $1.5 million annually, which Wennink and Grimshaw agree should help smooth over concerns from council members that the plan is an attempt to further erode aldermanic privilege, a long-stated goal of Lightfoot’s that has so far proved elusive. In addition, having a dedicated source of funding for things like street and sidewalk repair — which have often been funded by menu money in past years — frees up aldermen to use their funding on other projects.

Still, not all aldermen were supportive of the measure. Ald. Ed Burke, 14th Ward, repeatedly complained in last week’s hearing that he hadn’t received a detailed breakdown of the projects his ward was in line for, which he asked to see “because, as Tip O’Neill said, all politics is local.”

Burke, who was advised by Finance Committee Chairman Ald. Scott Waguespack (32nd Ward) that he had likely received that list days earlier, voted against the bond issue that would pay for the capital plan.

Another no vote on the borrowing was Ald. Raymond Lopez (15th Ward), a frequent critic of the mayor.

“One-third of this committee has said no to some of the revenue options that were presented. Our mayor has notoriously said, don’t ask us for crap — in other terms — if we’re not supportive. That means one-third of this committee has already been put on the ‘do not ask’ list,” Lopez said while questioning Chicago Department of Transportation Commissioner Gia Biagi. “What’s the policy then moving forward in terms of prioritizing what you’re trying to get us to pay for … if that retribution has been put on the table?”

“Our process is the same as it has been in prior years, except now we have more funds to work with and a needs-based condition that will dictate where our projects go,” Biagi replied.

The five-year plan calls for a total additional investment of $3.7 billion, which the city says will create 11,600 jobs.

Describing a federal infrastructure bill as “long overdue,” Ald. Harry Osterman (48th Ward) asked whether the city could alter or supplement the way it’s currently planning to pay for the plan should help come from Congress. Chicago Chief Financial Officer Jennie Huang Bennett said that’s possible and that the city is waiting to time its borrowing and refinancing until it has a clearer picture of what might happen at the federal level.

Here are the priorities in the first two years of the city’s capital plan:

—$250 million to repave residential and arterial streets, as well as install one green alley in each ward for the first two years of the plan.

—$164 million to repair and replace bridges, viaducts and underpasses.

—$162 million toward city equipment, fleet and IT systems.

—$133 million for facilities upgrades and overhauls, including libraries, public health facilities and Department of Family and Support Service centers, as well as tearing down hazardous buildings and remediating environmental issues on city-owned land.

—$112 million for sidewalk repairs and other pedestrian infrastructure improvements.

—$104 million for 24 streetscaping projects, including along Invest South/West corridors.

—$12 million to reconstruct the lakefront in the Morgan Shoal area and expand the Calumet River Dredging Facility. 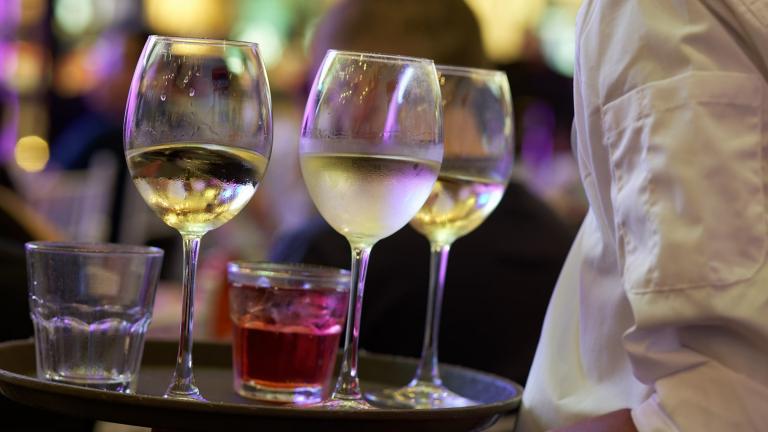 Lightfoot Declines to Commit to Meet with Victim of Botched Raid, Attend Forum 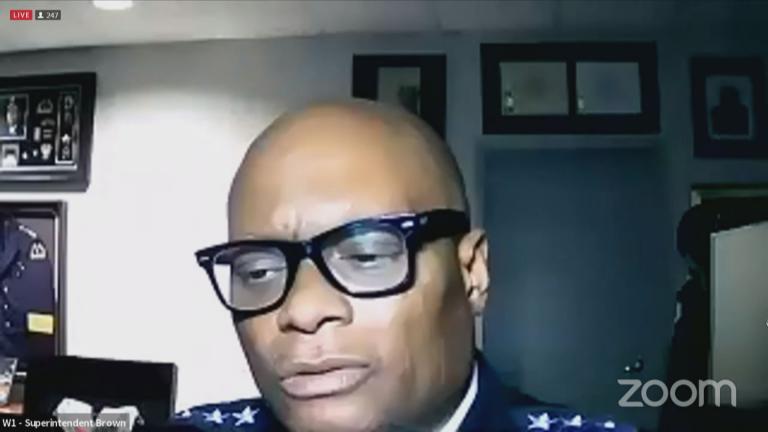