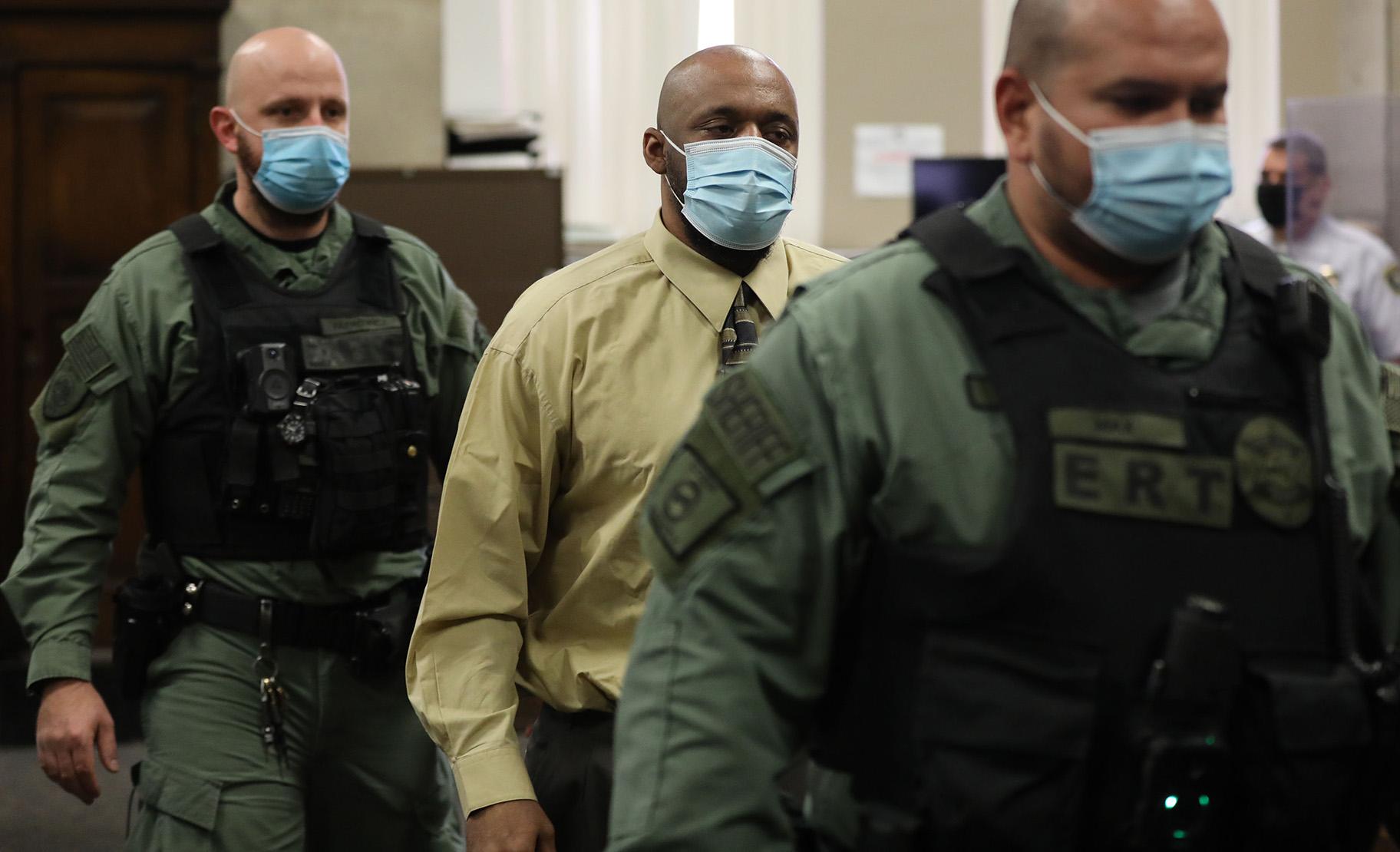 A Cook County judge has sentenced Shomari Legghette to life in prison following his conviction earlier this year for the 2018 murder of Chicago police Commander Paul Bauer, who became the highest-ranking Chicago officer to be killed in the line of duty in decades.

“Under the law, giving due consideration to all, including the current cost of confinement, it is the sentence of this court that the defendant Shomari Legghette shall serve life in prison without the possibility of parole,” Cook County Judge Erica Reddick said Wednesday.

Chicago police officers were patrolling Lower Wacker Drive on Feb. 13, 2018 when they spotted Legghette, who appeared to be urinating, around 1:30 p.m. and approached him to “conduct a field interview,” according to Cook County prosecutors. As they did so, Legghette fled and officers put out a description of him over the police radio.

Bauer, who was nearby, heard that description, spotted Legghette and took off after him on foot, pursuing him to a stairwell near the Thompson Center. After reaching him, both men descended the stairs, and following a struggle on a lower landing, Legghette shot Bauer six times, killing the 31-year police department veteran.

Under state law, Reddick was required to issue a life sentence if she found Legghette had known or should have known Bauer was a police officer at the time of the shooting. She said the jury found that to be the case when it issued its verdict.

In March, defense attorney Scott Kamin put forth a case of self-defense in his opening statements, painting Legghette as a drug dealer who didn’t realize Bauer was a police officer and claiming his client only fired his weapon because the commander had placed him in a chokehold.

But the defense presented no evidence of self-defense during the trial. Legghette declined to testify, and the defense called just one witness who did not testify about the day of Bauer's murder.

Legghette did speak Wednesday, saying Bauer’s actions the day of his death were “reckless and egregious” as he “chose to break protocol and use excessive force after failing to announce himself as an officer.”

He said this “unfortunate calamity” stemmed from racial profiling by the officers who first approached him, and accused prosecutors of misconduct and corruption by fabricating documents and withholding evidence.

“There was nothing fair about this prosecution,” he said.

Prosecutors, however, contend Bauer was acting in his duty as an officer and the shooting occurred only because Legghette was attempting to avoid arrest. Witnesses at trial also said they immediately recognized Bauer to be an officer based on the uniform he was wearing.

“The simple fact of this case is that the defendant was not gonna go back to prison,” Assistant State’s Attorney John Maher said, describing Legghette as a “human crime wave” due to the body armor he was wearing and the weapons he had on his person the day of the murder. 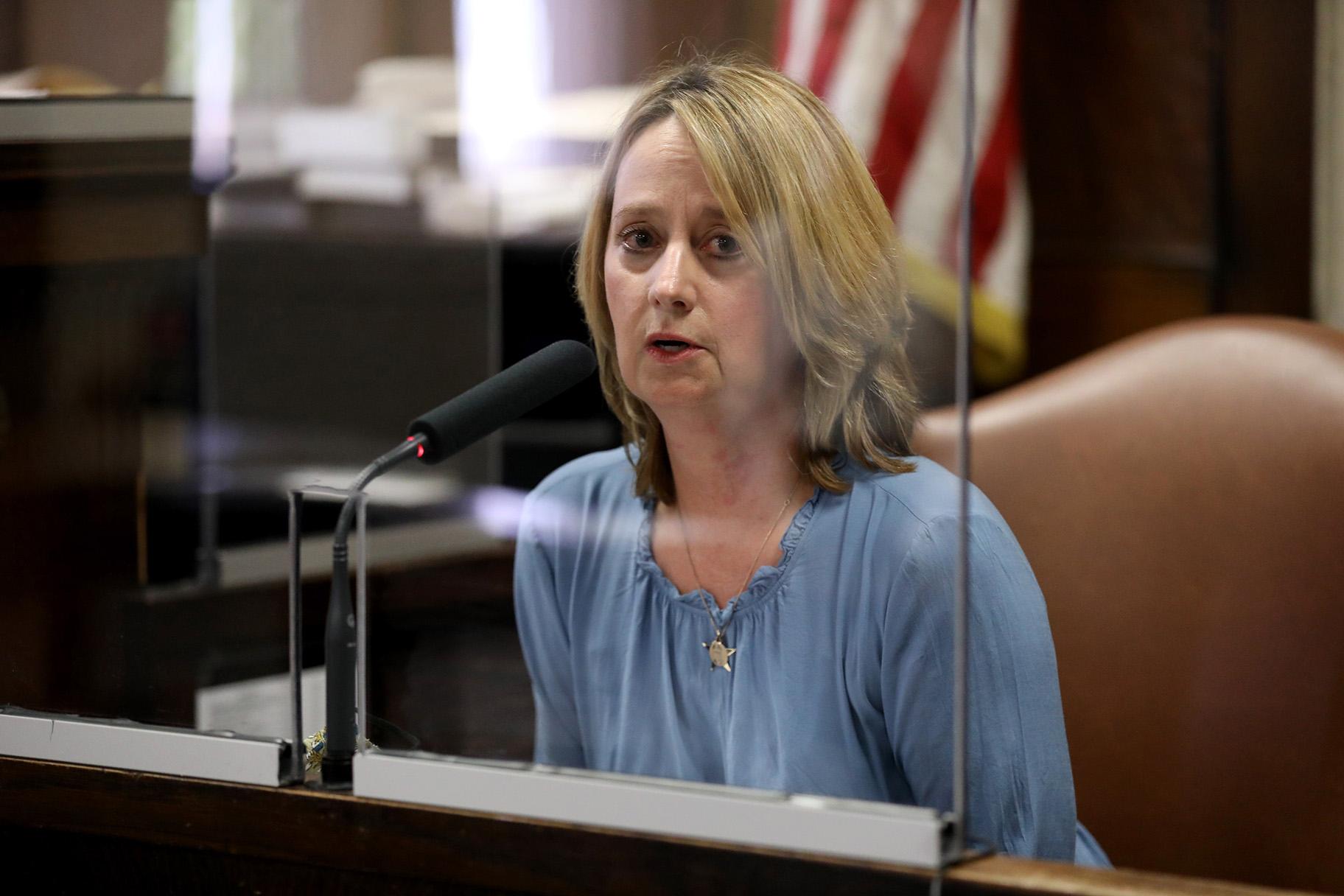 Reading off her victim impact statement Wednesday, Bauer’s wife Erin described her husband as a natural-born leader and fought back tears as she recounted his dream of owning a bookstore when he retired.

Their teenage daughter Grace called Bauer an “amazing role model and even better father,” saying that even though he had worked long enough to earn a full pension, he remained with the police department out of a love for his job.

Erin Bauer believed her husband would have been able to overpower Legghette during their struggle, but said Legghette instead “took the weak and cowardly way out of the situation.”

“To lose someone so violently,” she said, “adds another level of pain that is indescribable.”