Aurora Man Who Made 27,000 Crosses for Shooting Victims is Retiring 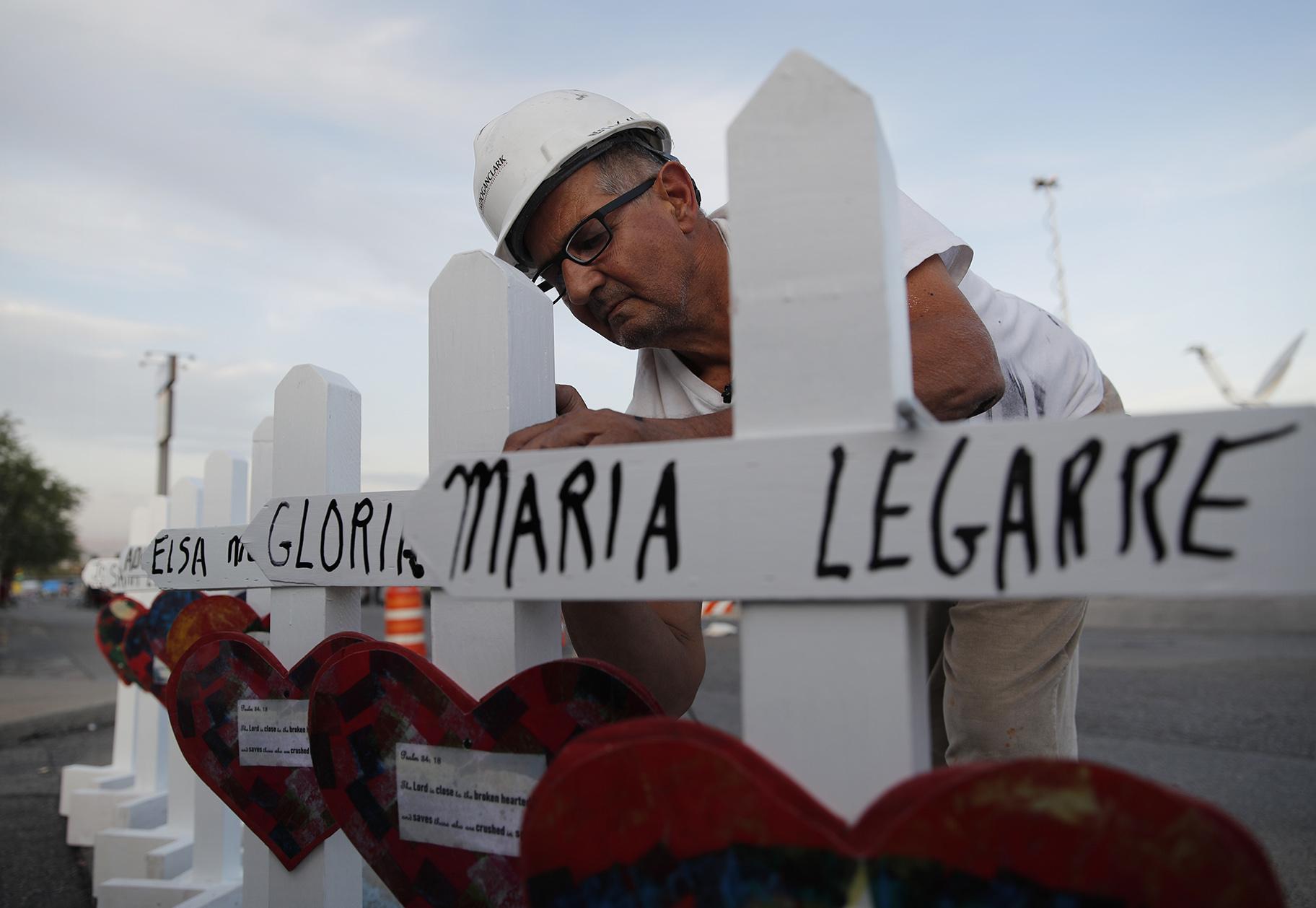 In this Aug. 5, 2019, file photo Greg Zanis prepares crosses to place at a makeshift memorial for victims of a mass shooting at a shopping complex in El Paso, Texas. (AP Photo / John Locher, File)

AURORA, Ill. (AP) — An Illinois man who made more than 27,000 crosses to commemorate victims of mass shootings across the country is retiring.

Greg Zanis came to realize, after 23 years, his Crosses for Losses ministry was beginning to take a personal and financial toll on him, according to The Beacon-News.

“I leave a piece of my heart behind each time I go,” he said.

In 2016 he made more than 700 crosses that were carried along Michigan Avenue in Chicago to honor each person who had been killed that year.

Earlier this year, Zanis found himself making crosses for his very own hometown of Aurora, Illinois, after a Henry Pratt Co. employee opened fire on his coworkers.

“After Orlando, it never stopped,” Zanis said of the mass shootings. “The country had me on the road for a while every week. I have driven 850,000 miles to put up crosses. I slept in my truck and never had the money to cover what I was doing.”

With donations from time to time, Zanis mainly relied on his own resources to build the crosses.

Zanis hopes to pass on his ministry to the nonprofit Lutheran Church Charities of Northbrook.

“I feel is is not the end of the ministry. It is the end of me doing it,” he said.