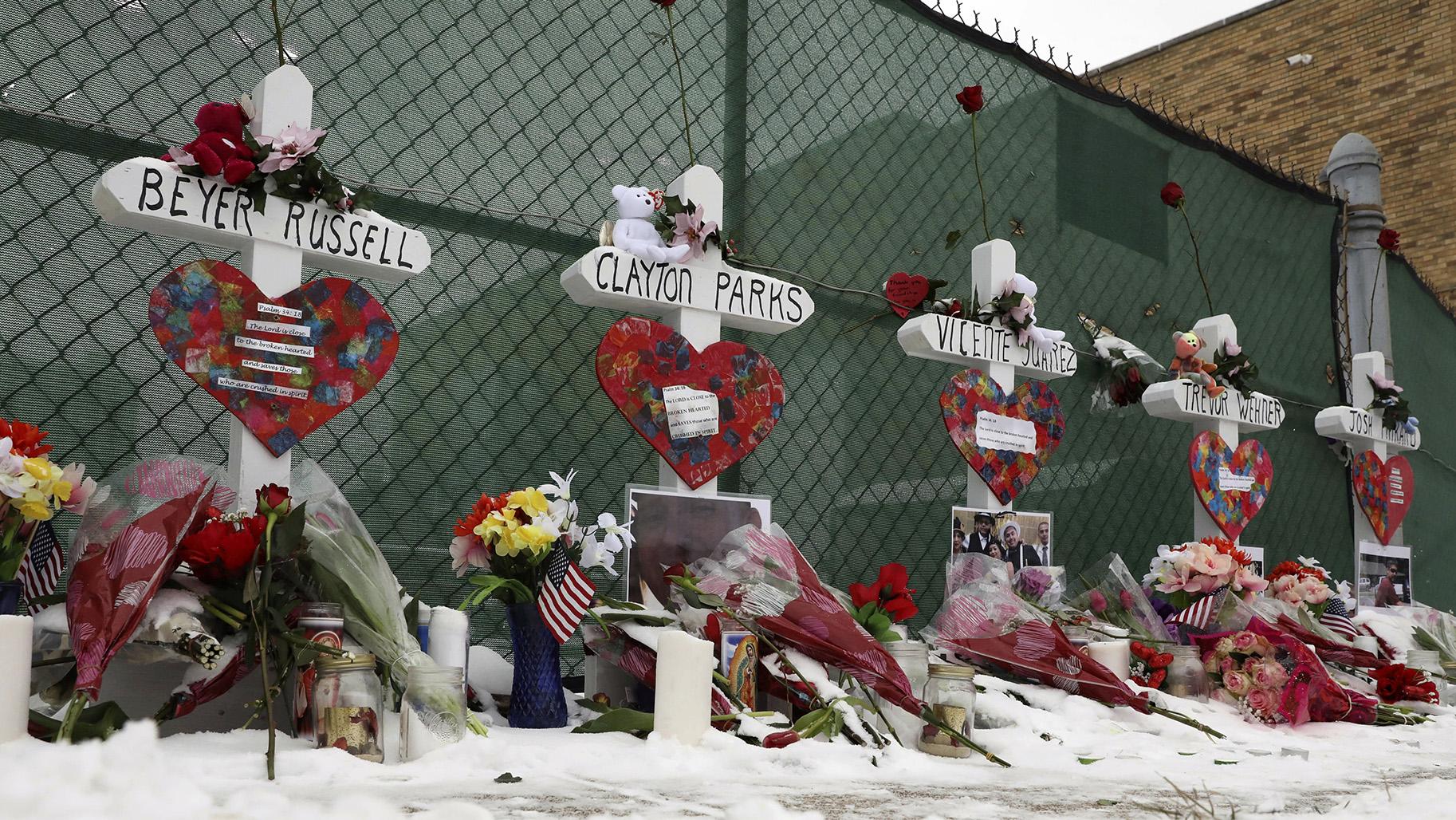 Crosses are placed for the victims of a mass shooting Sunday, Feb. 17, 2019, in Aurora, near Henry Pratt Co. manufacturing company where several were killed on Friday. (AP Photo / Nam Y. Huh)

CHICAGO (AP) — The gunman who opened fire at a suburban Chicago manufacturing plant in February, killing five colleagues before he was killed by police, told a co-worker the morning of the shooting that if he was fired he was going to kill every other employee and “blow police up,” prosecutors said in a report released Monday.

The Henry Pratt Co. employee told authorities in Aurora that he knew Gary Martin carried a firearm in his vehicle, but that he didn’t report Martin’s comments to his superiors because he routinely made “off the wall” statements and that he didn’t believe Martin would do anything violent, according to the nine-page Kane County State’s Attorney’s office report.

While it has widely been reported that Martin had been fired, the report marks the first time officials have explained that Martin’s firing came during a Feb. 15 disciplinary meeting that was called because of his refusal to war safety glasses. It also details the events immediately before the shooting, including the fact that Martin could be seen “walking over to his workstation to retrieve something,” putting on a hoodie and going into the bathroom just before the meeting.

The report that details the shooting shows that after Martin was told by Clayton Parks, the company’s human resources manager, that he had been fired, Martin used profanity and then began firing. Parks was among those killed.

The reports also gives an account of the police response, beginning with officers being dispatched to the scene at 1:24 p.m., the five-minute period in which five officers were shot inside and outside the building, and the search for Martin that ended with him being fatally shot by law enforcement.

It also includes an autopsy that revealed Martin was shot six times, including once in the middle of his forehead.

The report concludes that the officers who fired upon Martin were justified in using deadly force.