Four years ago, Argyle Street in Uptown’s Little Vietnam neighborhood was dramatically reimagined. Raised curbs would be removed, and the resulting single-level street would be shared by pedestrians, cyclists and cars. Backers of the plan cited the success of similar concepts in cities like Seattle, Washington, and Brighton, England. The shared street designation began as a pilot program, and was recently made permanent by the City Council.

Construction on Argyle Street between Broadway and Sheridan Road began in summer 2015 and took a year to complete. Though there were some tweaks along the way – and the area is now seeing another construction project, this one tied to the CTA’s Red Line overhaul – 48th Ward Ald. Harry Osterman, who backed the streetscape project, calls it a success. 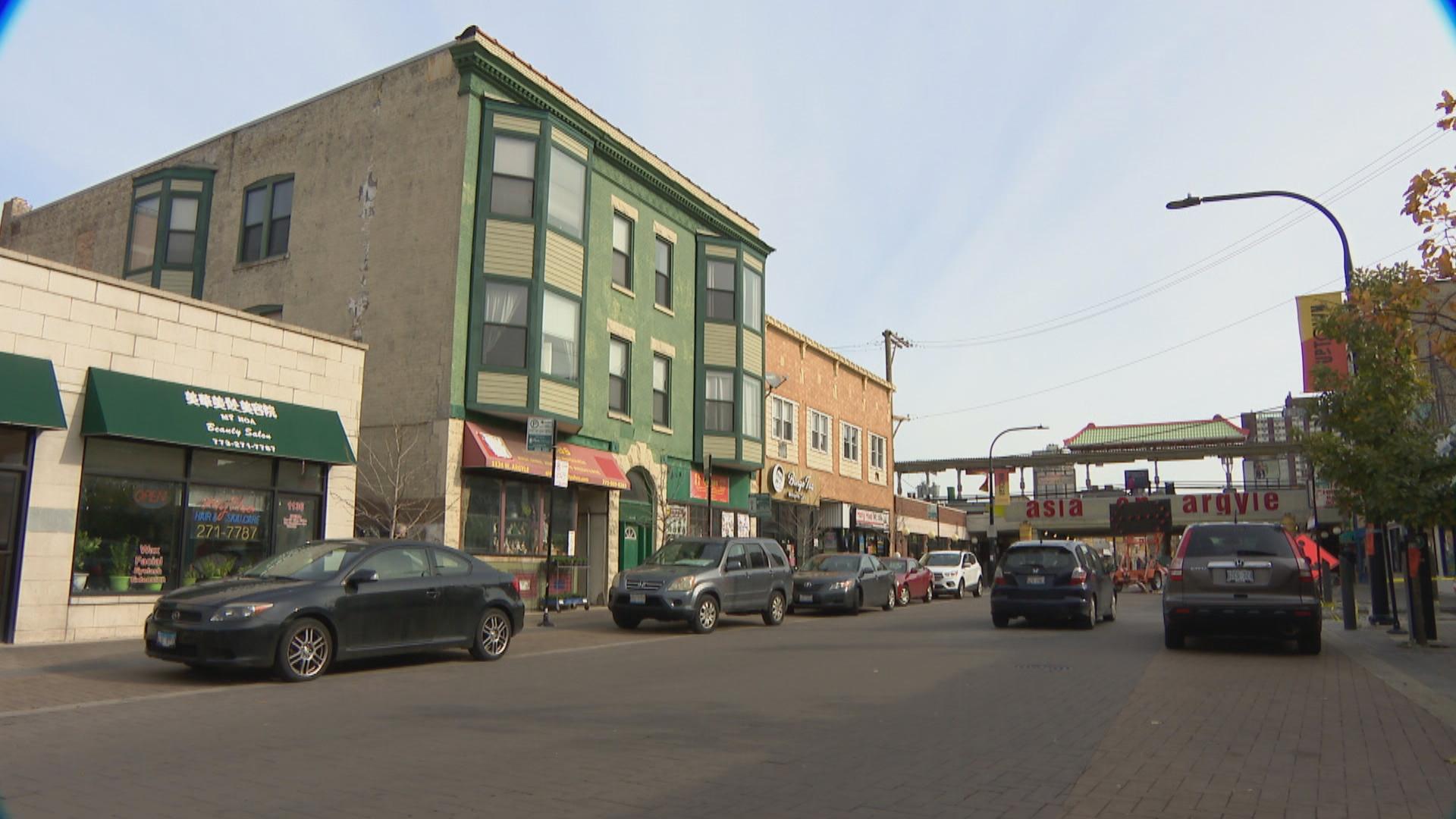 “What we wanted to do is create a roadway that slowed people down in cars, encouraged outdoor cafes for the great restaurants, and had people come and spend money here,” Osterman said. “What we found is that people are driving slower, the businesses have opened up a lot of outdoor cafes; in the summertime from Broadway to Sheridan Road there’s probably 15 of them. And we do a street festival every Thursday night called the Argyle Night Market.”

In addition to the removal of raised curbs, corners were made more pedestrian-friendly with barriers. The standard-issue asphalt got an aesthetic upgrade. And rain wells with trees and shrubs catch runoff and create breaks along the street.

“The construction part was difficult, like with any construction project, but I think once we had it in place it’s been great,” Osterman said. “There was lots of education. When you’re changing people’s parking patterns and driving patterns, it’s a challenge.”

Unique features, like the “bumpouts” at crosswalks and the pavers, give it a special feel, but for the most part, people treat it just like any other street: pedestrians on the sidewalk, cars and bikes in the roadway. 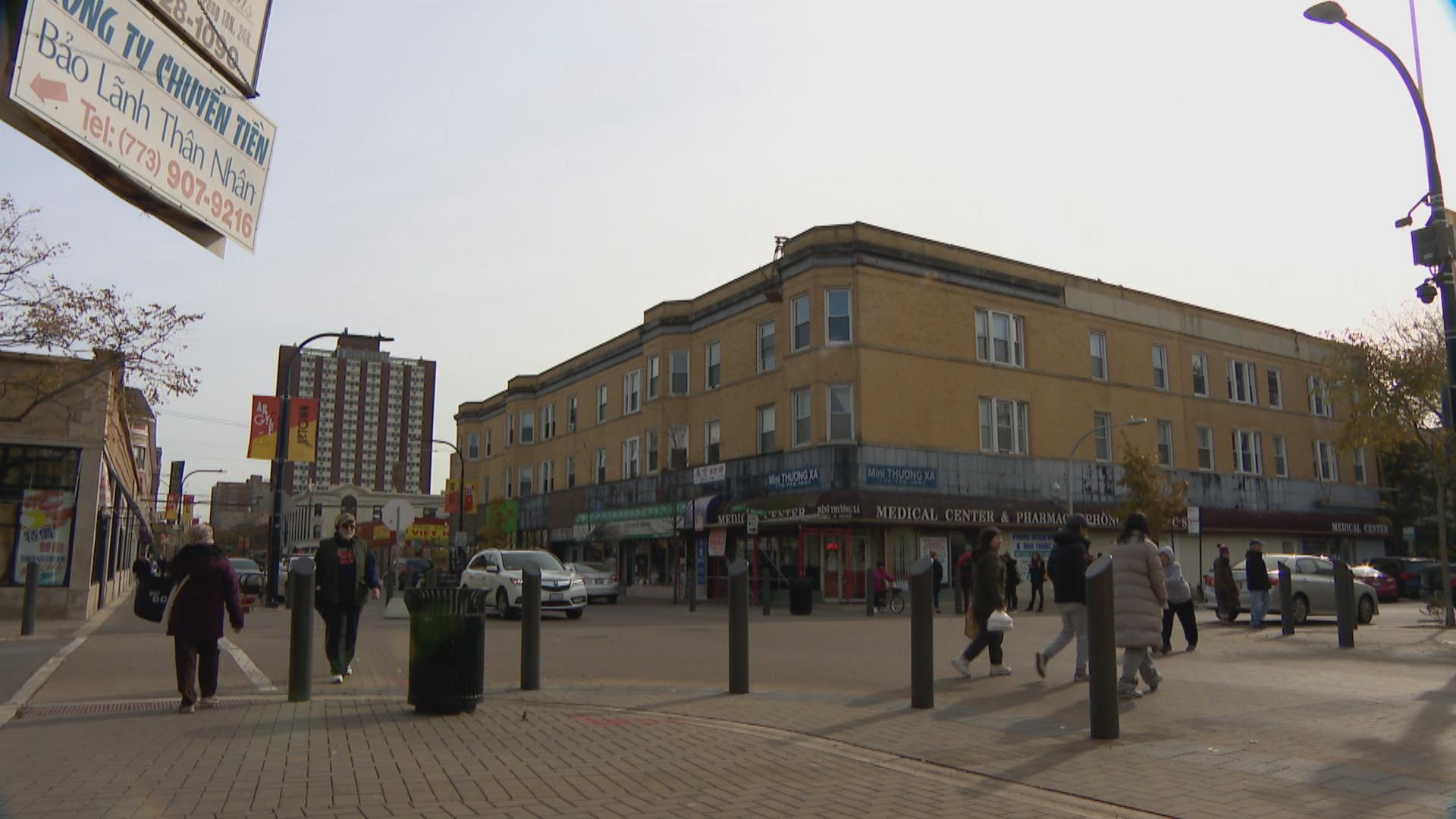 “I think we all kind of agreed with the vision of what it could be, and to make it more of a community and encourage people to walk around,” said Erin Hoang, who co-owns the coffee shop First Sip Cafe on Argyle. “But I think a lot of the residents and the businesses around noticed how long and painful the process was.”

Hoang is also concerned that in a community with many immigrants who may not speak English fluently, some residents don’t get a say on major projects. For his part, Osterman says his office did and does make a concerted effort to reach out in multiple languages.

“I think everyone still sees this as a two-way regular street and not a shared streetscape; let’s say, like Lincoln Square,” Hoang said. “I think a lot of shared streetscapes end up having lights at the top to zig zag back and forth, or some kind of flags to unify both sides. I think that if we were to do something like that, that would also help.” 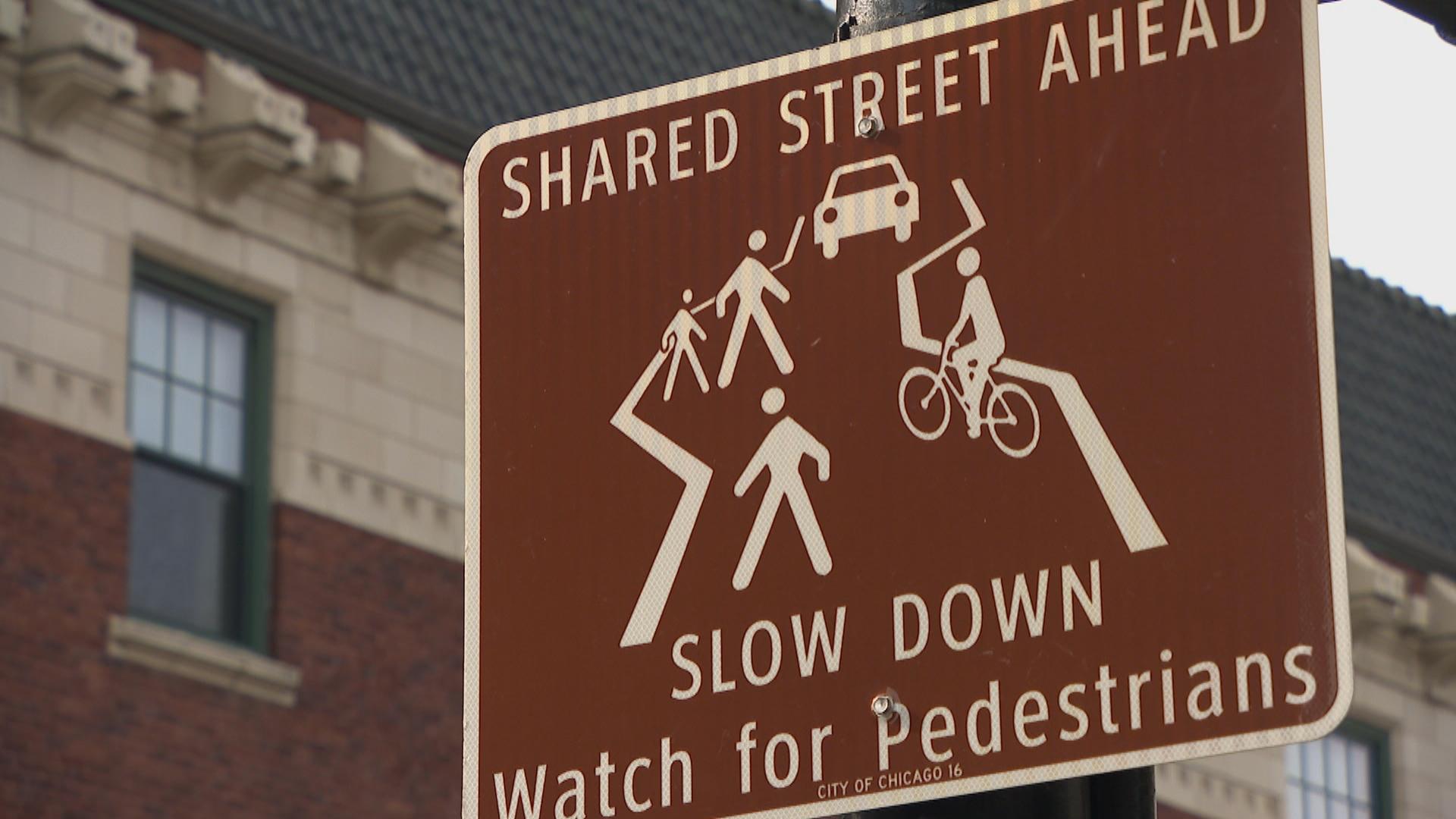 Whether or not there are further tweaks coming, Osterman is bullish about Argyle’s future – and its adaptability in other parts of town.

“This is the first one that has been done in Chicago, but I don’t think it’ll be the last,” he said.

The city’s transportation department says there are no current plans to replicate Argyle’s shared street model, but noted that the Fulton Market streetscape under construction is also designed without curbs, with an eye toward accommodating street markets in warm weather. 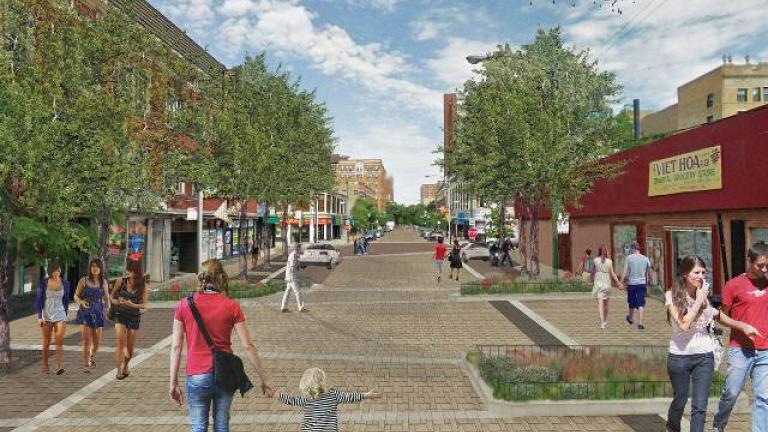