A Breathtaking Rendering of Beethoven, and a Richly Sonic New ‘Dream’ 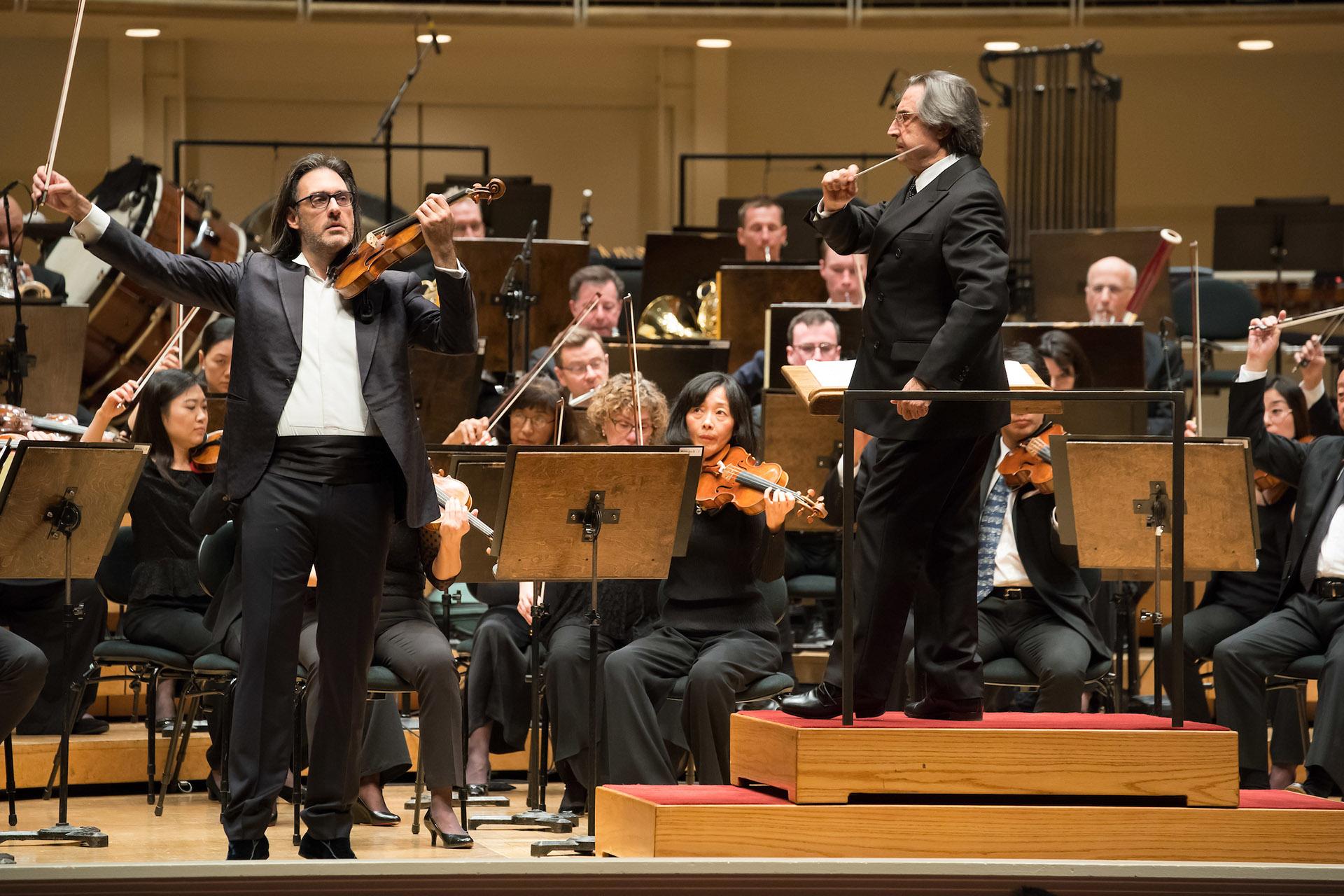 There was an undeniable sense of conspiratorial magic in the air from the moment violinist Leonidas Kavakos and Maestro Riccardo Muti walked onto the Symphony Center stage Friday afternoon. The two men briefly whispered to each other (not at all standard procedure), and then, together with the brilliant musicians of the Chicago Symphony Orchestra, they launched into an absolutely spellbinding performance of Beethoven’s “Violin Concerto in D Major.”

It is not easy to describe exactly what they did, or the hypnotic effect it had on the audience that seemed to hold its collective breath from the opening sounds of timpani, winds and strings to the very end. But something was different from the moment the work’s familiar melody seemed to be infused with a new sense of both aching sweetness and mystery. And the delicacy of Kavakos’ playing – the intense quiet of the concerto’s first solo passages that made for the most careful listening, and the highly individualistic quality of its most virtuosic sequences – was breathtaking. It was as if he were pulling a golden thread of sound through the orchestra, becoming part of it even as he was just outside it.

In this season devoted to celebrating the 250th anniversary of Beethoven’s birth, the quest has clearly been to lead audiences into hearing the composer’s work in new ways and, without distortion of any kind, discover the timeless, and in many ways “modernist” quality of his music. With Kavakos drawing out the most remarkable sonic subtleties on his “Willemitte” Stradivarius violin, and Muti and the orchestra connecting to the soloist’s phenomenal, almost otherworldly ability to tease out the quietest as well as the most heated sounds, it was as if you were being led inside Beethoven’s head at the very moment he was composing the work. 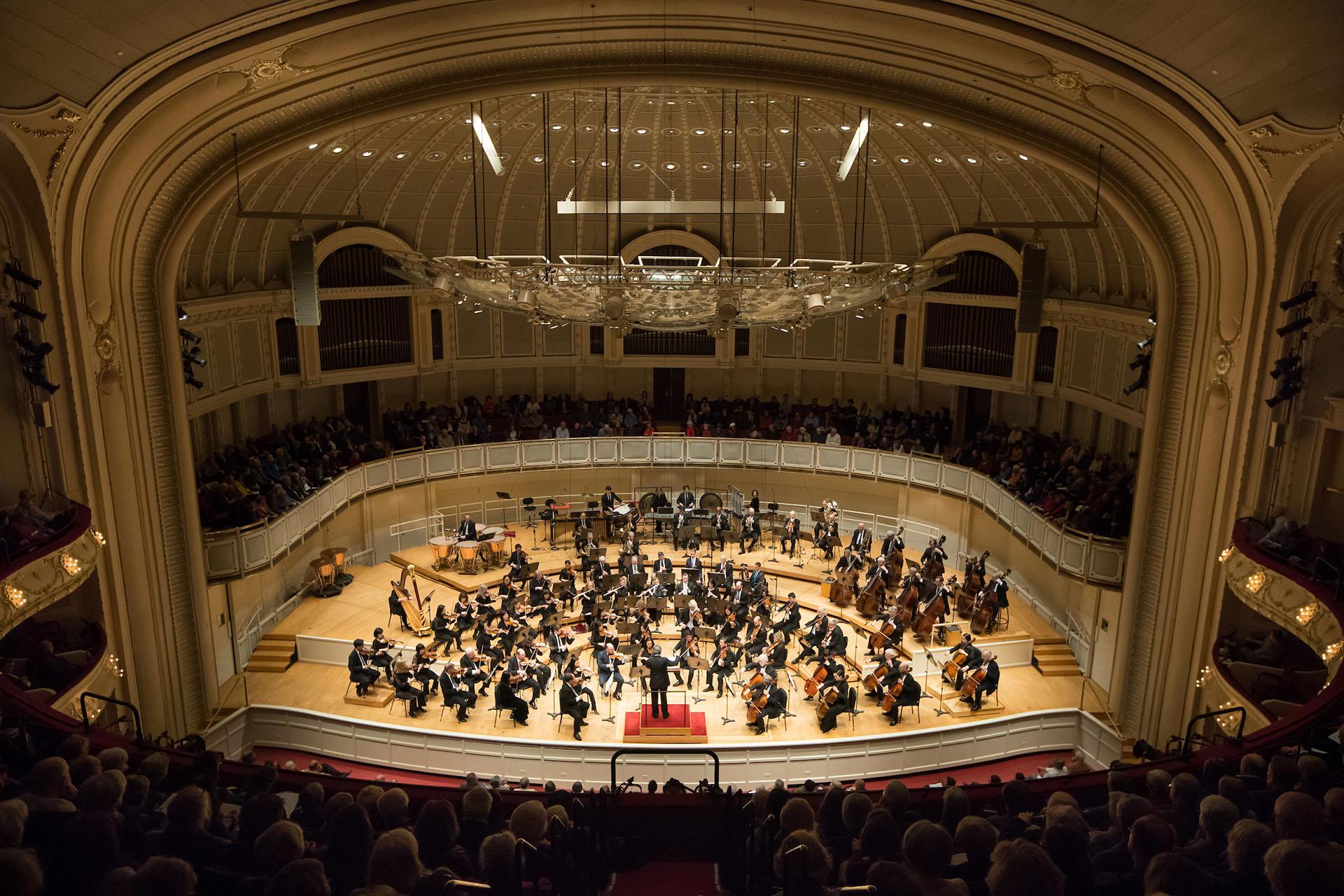 Kavakos’ connection with Muti and the orchestra was seamless, and there was even a long moment during which he turned to face the musicians and play as one with them. The delicacy of his sound – and at times the almost whispered passages – created a ravishing quietude. The interplay of violin and timpani (David Herbert in high alert) was exquisite, as was the muted plucking of the string section. The elegiac second movement, with an almost birdsong-like riff, had the power to change the metabolism of those in the hall, with Muti and Kavakos even generating a moment of mischievous laughter at one point. And then it was on to the feverish cadenza. Kavakos’ own transcription of the cadenza Beethoven wrote for the keyboard version of the concerto proved to be a fascinating hybrid of the two instruments.

The concert’s second half was adventurous in different ways.

First came the world premiere of Bernard Rands’ “DREAM for Orchestra.” The composer, a British born U.S. citizen, described the 15-minute piece in a program note as following “some of the general characteristics of dreams - unpredictable and fantastic juxtapositions; exotic simultaneities; recognizable and mysterious images blended together; intense clarity; opaque chaos; moments of nightmarish intensity.”

Think of the piece as a free-form contemporary variation on Mendelssohn’s “A Midsummer Night’s Dream,” as it deploys all the energy and variety of the CSO’s stellar percussion section playing xylophone, tubular bells, suspended cymbals, triangle, tam tams, vibraphones, crash cymbal, bass drum, marimba and timpani.

Rands has created a magic garden of sound, which was sometimes lyrical and awash in the familiar ring of church bells, sometimes rich in brass, and sometimes full of plucked strings. But it is not just random sound effects. There is a unity to it all, although the piece might have benefited from a more decisive ending. (The 85-year-old composer was on hand to take a bow with Muti and the orchestra, and could not have wished for a finer performance.) 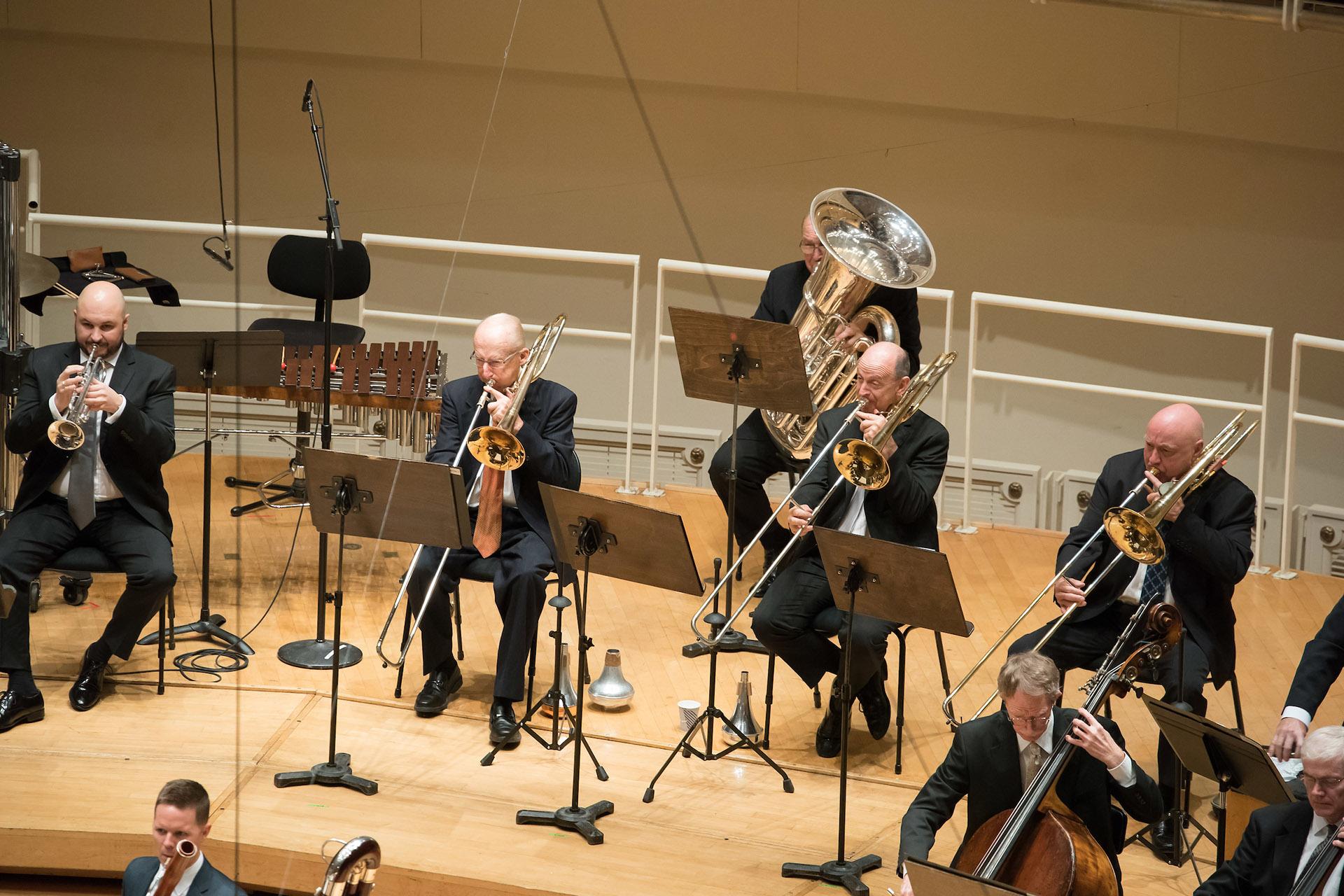 Finally, it was on to the wild ride that is Liszt’s “Mazeppa, Symphonic Poem No. 6.” The blazing work was inspired by the story of Ivan Mazeppa, a Lithuanian nobleman who was stripped naked and tied to a free-racing horse as punishment for engaging in an illicit love affair with a married Polish princess. Mazeppa was later celebrated as a Cossack hero.

The frenzied, spinning sense of an unharnessed horse in motion can be heard from the start with the pounding of timpani and the great sounding of horns. The rhythmic shifts in the piece are as tempestuous as the story, and there is an epic feel to it all, with Muti sharing a knowing grin with the violin section during a dance-like passage before heading into a grand march befitting a hero. Big fun.

Note: If you cannot catch Kavakos on Tuesday, he will return March 2, 2020 for a concert of Beethoven’s violin trios. He will be joined by pianist Emanuel Ax and cellist Yo-Yo Ma.