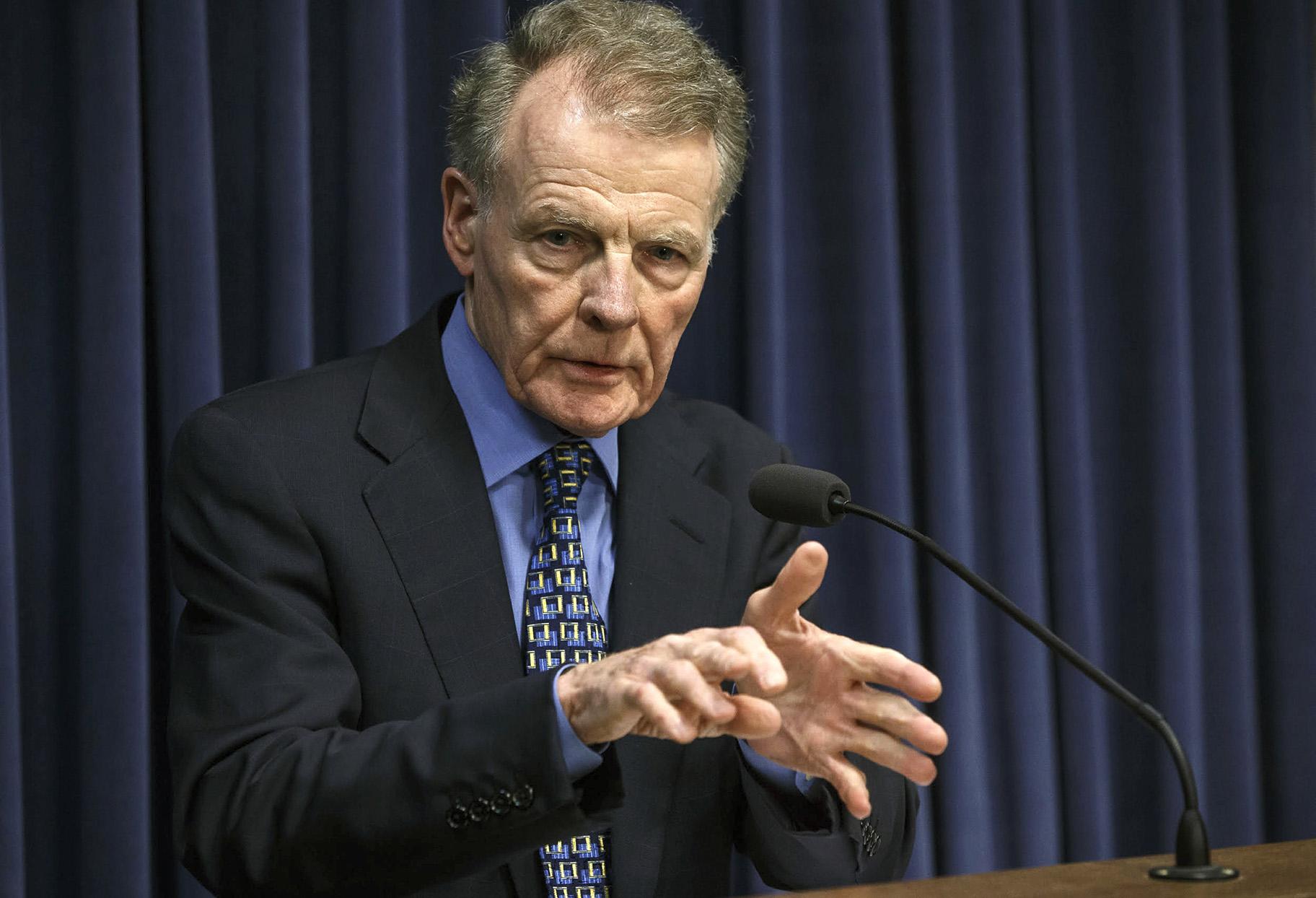 CHICAGO (AP) — One of the nation’s most powerful state legislators has for decades tended to shrug off the latest scandal involving Illinois politicians, but the sight of FBI agents hauling bags of evidence from an office on the Democratic side of the Capitol building this week may have startled the normally unflappable Mike Madigan.

Madigan, the longest-serving state House speaker in modern American history and the head of the Democratic Party in Illinois, hasn’t been accused of wrongdoing. But over the past 10 months at least half a dozen Democrats — including some confidants and allies — have been charged with crimes or had agents raid their offices and homes.

Phil Turner, a former federal prosecutor in Chicago, said it would be wrong to deduce that Madigan, 77, is an FBI target now based on raids of one-time associates. But he said Madigan may still have reason to worry since those facing charges often scramble to cough up unfavorable information on others with more status.

“Even if you haven’t done anything wrong, the people that are targets may have done things and they learn what to tell investigators as a way to stay out of jail,” Turner said. “When people get into a vise, they will start saying something about someone else — even if it’s not true.”

The U.S. attorney’s office in Chicago, headed by John Lausch, an appointee of Republican President Donald Trump, is spearheading the investigations against the Democrats, some of them acknowledged powerbrokers in the party. One of his predecessors, Patrick Fitzgerald, cemented his own legacy by convicting two Illinois governors — Democrat Rod Blagojevich and Republican George Ryan.

Although once-unthinkable questions about whether investigations of so many Democrats could adversely impact Madigan are now being asked, there’s no sign he is losing his more than 35-year stranglehold on lawmaking processes in the Legislature — where little gets passed without his approval. Madigan infrequently fields questions in public or grants interviews to reporters, which has fostered his reputation as inscrutable and unaccountable. Madigan spokesman Steve Brown declined comment. 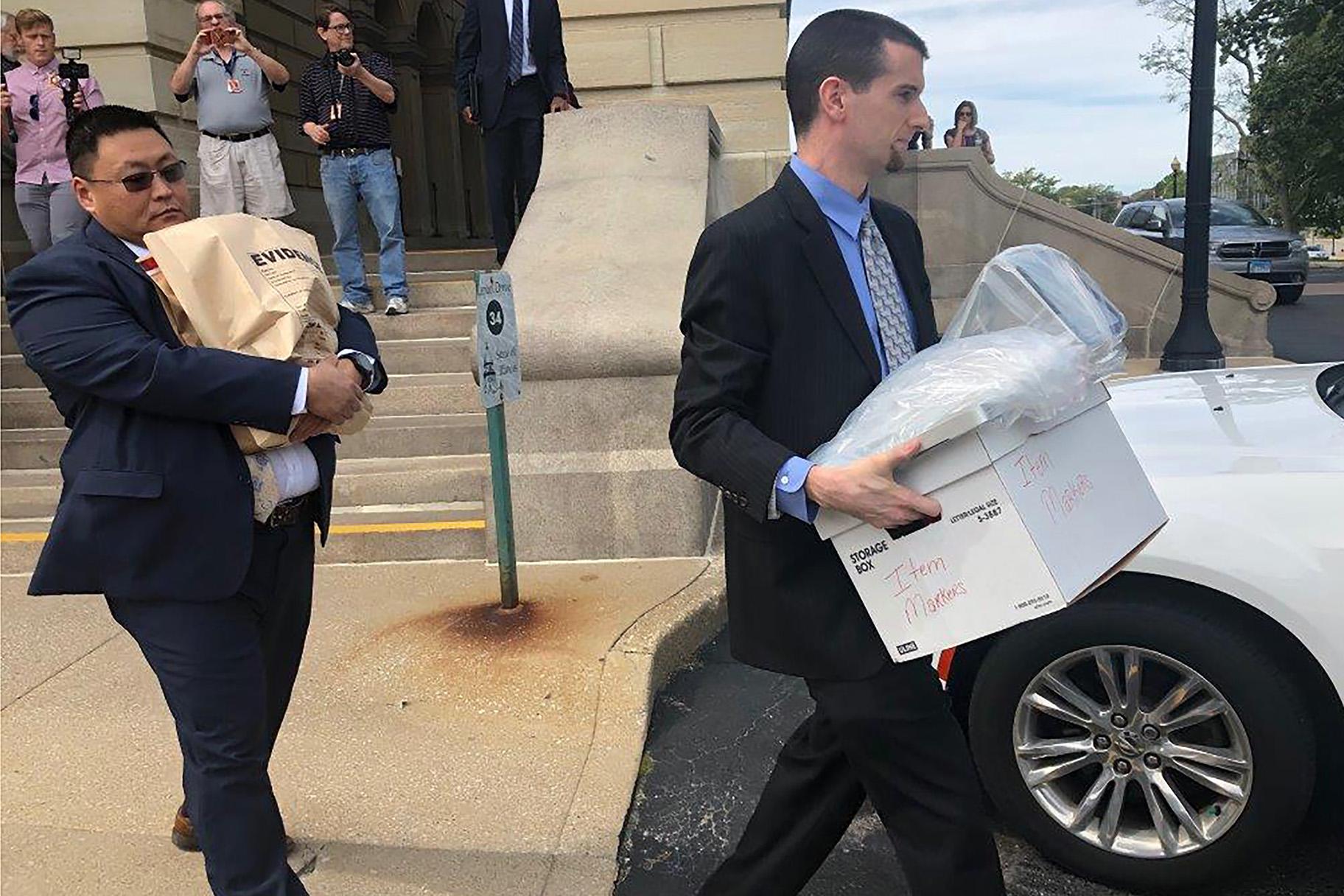 The Capitol raid Tuesday was at the office of state Sen. Martin Sandoval, who represents a Chicago district that overlaps with Madigan’s. The Chicago Tribune, citing “a source with knowledge of the case,” reported that investigators are looking at whether Sandoval got kickbacks for steering business to at least one company. Sandoval hasn’t commented since the raid.

Prosecutors already brought charges against City Council member Ed Burke, who personified Chicago machine politics for five decades, and state Sen. Thomas E. Cullerton, a distant cousin of the Illinois Senate’s top leader, John Cullerton. Thomas Cullerton pleaded not guilty in August to embezzlement charges for allegedly receiving more than $250,000 in salary and benefits from the Teamsters while doing little or no work.

Mike McClain and Kevin Quinn, among those whose homes have been raided, could potentially create the most trouble for Madigan. McClain is a state lawmaker-turned-lobbyist and a longtime Madigan confidant. Quinn was a Madigan political consultant.

The FBI in May raided McClain’s western Illinois home, and the Chicago homes of Quinn and Madigan ally Michael Zalewski, an ex-alderman. Citing an unnamed law enforcement source, the Tribune reported that agents searched for communications among Madigan, McClain and Zalewski about obtaining lobbying work for Commonwealth Edison for Zalewski. None of the three has been charged.

Citing unnamed sources and records, the Tribune also reported that the FBI was investigating $10,000 payments to Quinn from former and current lobbyists for the energy utility. It reported at least some money came from accounts linked to McClain and the money was paid after Madigan dismissed Quinn in early 2018 amid allegations by a campaign worker that Quinn had sexually harassed her.

Electric utility ComEd in July confirmed it and its parent company, Exelon, had received a subpoena “requiring production of information concerning its lobbying activities in the State of Illinois.” 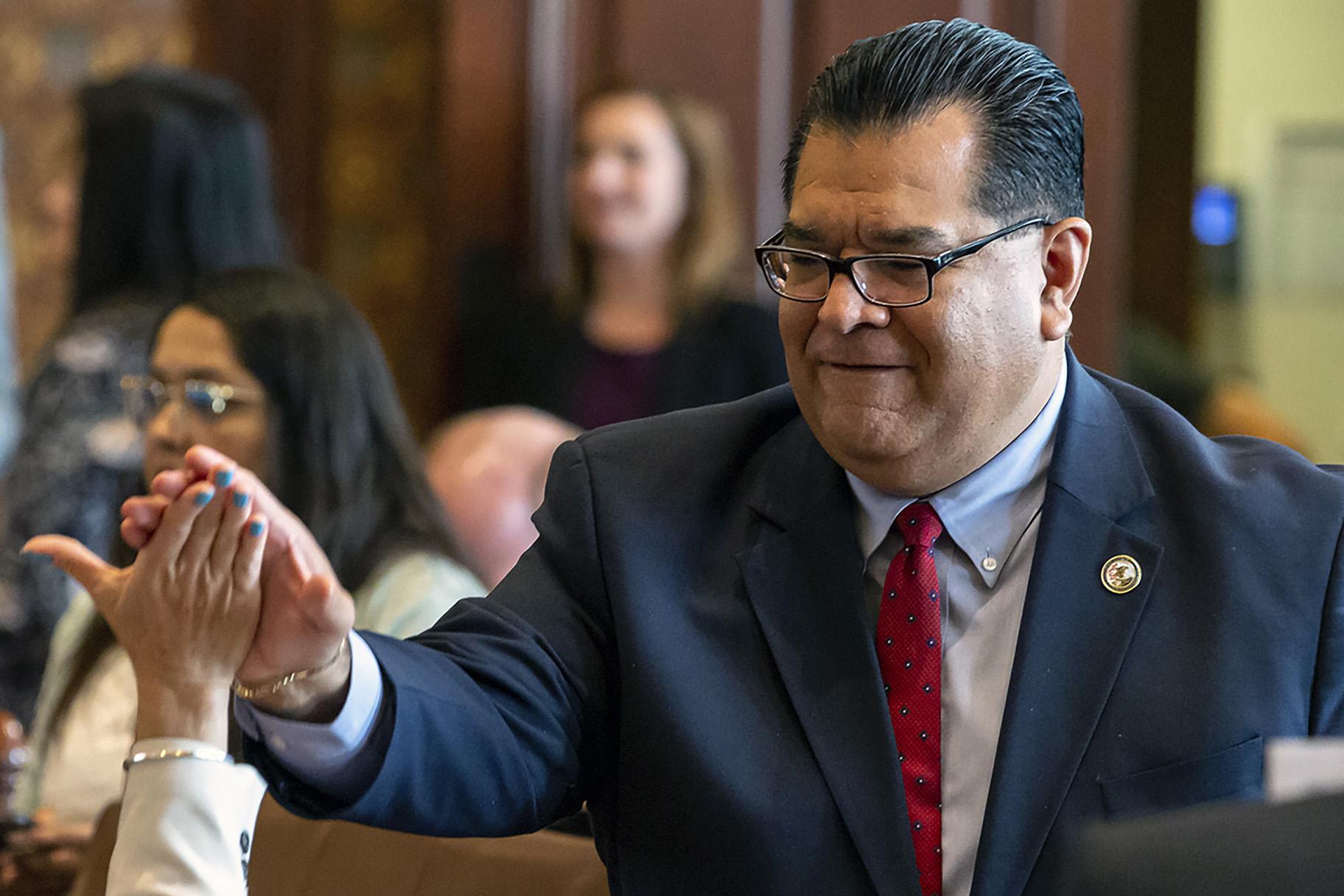 The latest raids were Thursday at village halls in the Chicago suburbs of McCook and Lyons, though the targets were unclear. McCook Mayor Jeff Tobolski, who is also a Cook County commissioner, hasn’t been accused of wrongdoing. The Tribune reported in 2012 that a Madigan relative secured insurance business from McCook and that Madigan gave Mayor Tobolski assurances that a proposed bill to bar dual officeholders wouldn’t pass. Tolbolski told the newspaper at the time: “I can assure you that one thing had nothing to do with the other.”

It was an affidavit in Burke’s case that revealed secret FBI recordings of Madigan discussing a hotel project and the possibility of its Chinese developer becoming a client of Madigan’s private law firm, Madigan & Getzendanner. The filing, first obtained by the Chicago Sun-Times, says an associate of the developer recorded Madigan at a 2014 meeting. The affidavit doesn’t say Madigan ever faced any prospect of being charged.

Documents charging Burke, Chicago’s longest-serving alderman, focused on his law firm, Klafter & Burke, accusing the 75-year-old of trying to extort the owner of a fast-food company for legal business in exchange for city construction permits. Burke pleaded not guilty and has denied any wrongdoing.

Emails between the executives alluded to the fear that well-connected politicians like Burke can inspire in Illinois. After Burke allegedly forced them to halt the renovations, one wrote: “I know these guys are very powerful and they can make life very difficult for all of our Chicago stores.” He added, “I do not want to take (the) risk.”