Pritzker Upset With Harassment Report Findings, But Not With Madigan

There was more fallout Wednesday from the release of a long-anticipated report on sexual harassment in the Illinois House under Democratic House Speaker Michael Madigan.

But the report laid much of the blame on Madigan’s former top government and political enforcer, Tim Mapes, who was fired last year. Pritzker on Wednesday refused multiple times to single out Madigan himself.

Pritzker was asked again if Madigan had dropped the ball, presiding over a workplace culture where abuse was rampant.

“I think it’s clear on both sides of the aisle. I think everybody in Springfield, we’ve let this culture go on too long,” he said.

Madigan released the report Tuesday with a press release saying he was sorry he didn’t do more to combat the culture described in the report, and that significant changes have and will continue to be made.

While the governor refused to call out Madigan, he did have choice words for Mapes. 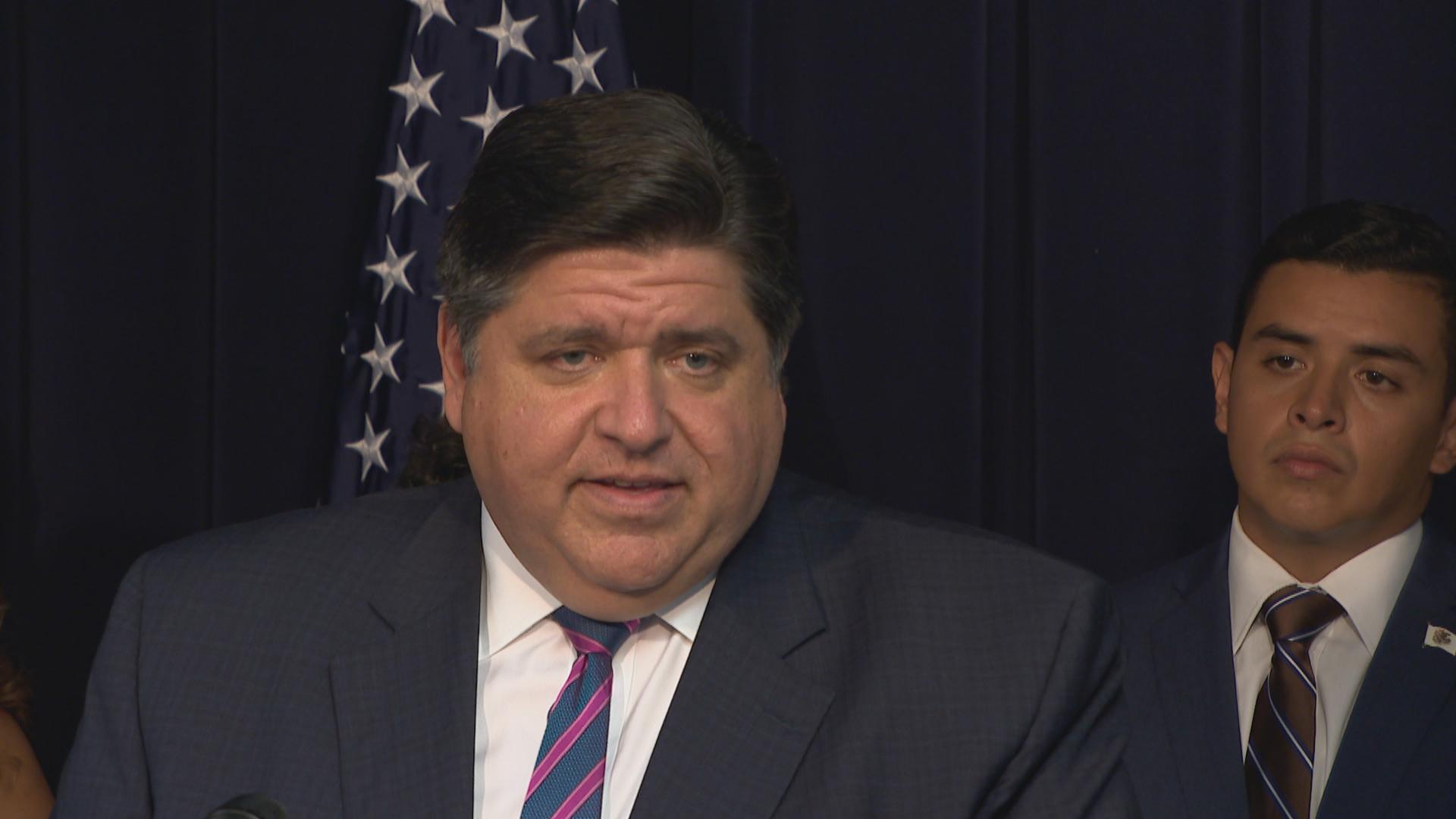 “The culture of sexual harassment exists in Springfield on both sides of the aisle,” Gov. J.B. Pritzker said Wednesday, Aug. 21, 2019, a day after a report on workplace culture in the Illinois House was released. (WTTW News)

“What came through that report was a special kind of harassment and intimidation from Tim Mapes,” Pritzker said. “You can’t put people in positions of power who hold those kinds of views.”

Mapes offered a tepid apology in a statement Tuesday, but added: “It is my position that the recent criticisms made against me do not truly appreciate the size and responsibility of my position.”

Not everyone who has worked in the Democratic caucus agrees that the buck stopped with Mapes. Madigan hired and kept Mapes in multiple powerful positions for decades. State Rep. Kelly Cassidy (D-Chicago), who has been harsh on both Mapes and Madigan, says the speaker can’t evade responsibility.

“He certainly has that responsibility, there’s no question,” Cassidy said. “It didn’t begin or end with Mr. Mapes. He’s not the only person in the building that behaved inappropriately. We have to be vigilant about this, and most importantly have to be sure we don’t allow the entrenchment complacency to never again allow this to, not only not exist, but flourish.”

Beyond sexual harassment, the report describes a culture of fear and intimidation in which government workers are afraid for their jobs and reminded that they are “dispensable” if they don’t fall in line.

“I’ve heard from staff who were told directly that they didn’t get promoted because they didn’t volunteer enough, so that’s something that we really do have to watch,” Cassidy said.

On Wednesday, Hampton said she was happy the report was released to the public, but wonders how committed Madigan is to reform. Quinn was reported to have received tens of thousands of dollars in checks from Madigan allies after he was fired; those checks are now the subject of federal scrutiny. Mapes and another political worker who was suspended over harassment, Shaw Decremer, are both said to still be involved in Madigan’s political operation.

“Just because they’re getting fired doesn’t mean they’re not still being taking care of, and it’s obvious that close allies of the speaker believe it’s important to take care of these men,” Hampton said. “I think it just goes to show that they’re not taking a lot of this reporting and information very seriously.”

“All of this is only happening because sexual harassment allegations became public last year, and if those allegations never became public, none of these changes would have ever been made,” Hampton said.