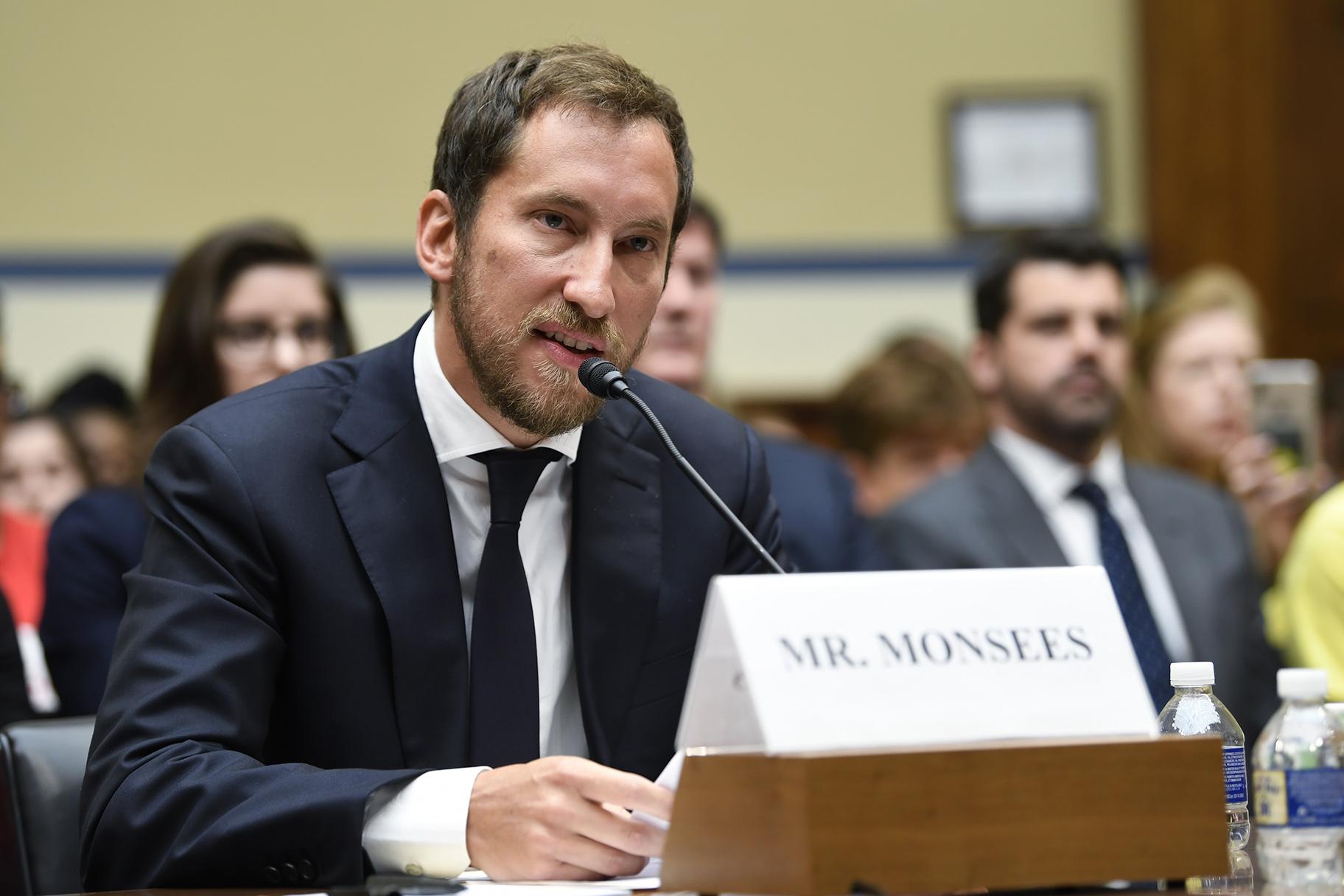 WASHINGTON (AP) — E-cigarette giant Juul Labs is facing mounting scrutiny from state law enforcement officials, with the attorneys general in Illinois and the District of Columbia investigating how the company’s blockbuster vaping device became so popular with underage teens, The Associated Press has learned.

The company’s rapid rise to the top of the multibillion-dollar U.S. e-cigarette market has been accompanied by accusations from parents, politicians and public health advocates that Juul fueled a vaping craze among high schoolers. In addition to the ongoing inquiries in Illinois and the district, which had not been publicly disclosed before, four other state attorneys general are probing or suing Juul.

The company also is being investigated by members of Congress and federal health regulators and faces separate lawsuits from Juul users, both teens and adults.

Juul’s top executives have disputed allegations that they’ve marketed their products to teens, declaring that they’ve taken unprecedented steps to combat underage use of its e-cigarettes. The company has shut down its Facebook and Instagram pages and pulled several of its flavored products out of retail stores. Juul also backs federal legislation to raise the minimum age to purchase all tobacco products, including e-cigarettes, to 21 nationwide.

Juul spokesman Ted Kwong declined to answer specific questions about the investigations in an emailed statement but reiterated past company steps to prevent youth use. Juul announced Thursday that 50 retail chains have pledged to adopt the company’s age-verification system, which requires sellers to scan a customer’s ID before selling Juul products.

A senior Illinois law enforcement official described to AP a wide-ranging inquiry being conducted by the office of Illinois Attorney General Kwame Raoul that is centered on whether Juul violated state consumer fraud laws and other statutes by designing and marketing its products to appeal to underage teens. The official was not authorized to speak publicly and requested anonymity.

Marrisa Geller, a spokeswoman for District of Columbia Attorney General Karl Racine, confirmed in an emailed statement an investigation of Juul is underway. She said Racine is concerned about “the dramatic increase in the use of vaping products by district youth” as well as the policies and practices employed by e-cigarette manufacturers to prevent minors from using their products.

The attorneys general in Colorado, Connecticut and Massachusetts have announced investigations of Juul related to concerns over underage use of its products. North Carolina’s attorney general filed a lawsuit against Juul in May, asking a court to limit the company’s sales and marketing in the state.

All six attorneys general are Democrats.

Juul has repeatedly stated that it understands the concerns about youth vaping and has taken “the most aggressive actions” of any company in the industry to combat the problem. It has spent millions of dollars on newspaper, radio and online advertisements pledging to keep its products out of the hands of young people.

The company also has denied it ever marketed to anyone underage.

Electronic cigarettes, which have been available in the U.S. since about 2007 and have grown into a more than $6 billion-a-year industry, are battery-powered devices that typically heat a flavored nicotine solution into an inhalable aerosol.

Juul, which launched in 2015, now controls roughly three-quarters of the U.S. retail market for e-cigarettes. Last year, one in five U.S. high school students reported vaping in the previous month, according to government survey figures.

Most experts agree the aerosol is less harmful than cigarette smoke since it doesn’t contain most of the cancer-causing byproducts of burning tobacco. But there is virtually no research on the long-term effects of the vaping chemicals, some of which are toxic.

The Centers for Disease Control and Prevention said last week that 193 teens and adults in 22 states including Illinois have contracted severe respiratory illnesses after vaping. However, they said a clear-cut common cause of the illnesses hasn’t been identified and that they are being called “potential cases” that are still under investigation. A CDC official said no specific product has been identified or conclusively linked to the illnesses while noting that a number of the people who got sick had vaped a substance containing THC, the high-inducing ingredient in marijuana.

Kevin Burns, Juul’s chief executive officer, told “CBS This Morning” on Wednesday the illnesses are “worrisome” for the industry and for Juul “if we contributed to it.” He said the company is in close contact with the CDC to get as much information as it can “so if there’s any issue that was ... associated with us, that we can get to the root cause and understand that.”

In Illinois, the state’s Department of Public Health has called e-cigarette use among teens an “epidemic” and said there is an alarming lack of understanding about the risk for nicotine addiction.

Other areas being investigated by Raoul’s office include: how Juul verifies the ages of people who make online purchases from the company’s website; the amount of nicotine in the flavored solution and how safe those levels are; and whether Juul has improperly advertised its e-cigarette as a smoking-cessation tool.

Kwong said the Juul system is designed to help adult smokers switch from combustible cigarettes and is not intended to be used as a cessation product. Neither Juul nor any other e-cigarette has yet been approved by the Food and Drug Administration to help people who smoke traditional paper-and-tobacco cigarettes quit.

The Illinois probe began in the spring. Raoul’s office is not coordinating its investigation with other attorneys general, the official said.

Geller, the spokeswoman for Racine, declined to discuss the scope of the district’s inquiry. However, a senior official in Racine’s office wrote to a Juul representative in early February and asked for a trove of information about how district residents purchase the company’s products.

Among the data sought by Benjamin Wiseman, director of consumer protection, was a list of authorized retail stores and third-party online retailers that failed to comply with Juul’s rules for preventing minors from buying and using its products. Wiseman also asked that the company “describe in detail the nature of the retailer’s failure to comply” and what action Juul took in response.

Racine’s office, Wiseman wrote, learned from news reports and conversations with community members and other government officials that use of Juul’s products by young teenagers in the district has increased dramatically in recent years.

“Remarkably, one district high school principal estimates that half of the juniors and seniors at her school are using e-cigarettes, many of which we believe are Juul’s products,” Wiseman told Patrick Lynch, a former attorney general of Rhode Island who runs a lobbying and consulting firm that represents Juul.

Lynch’s firm arranged for a meeting in the attorney general’s office last November that included himself, Juul chief administrative officer Ashley Gould, Wiseman and Assistant DC Attorney General Brian Caldwell, according to emails obtained through an open records request. Lynch is not registered as a lobbyist in the District of Columbia.

The agenda for the meeting isn’t described in the records, although one email from Lynch said they discussed Juul’s efforts “to dramatically diminish youth access to their product.”

In November, Racine was elected to a second term as attorney general and Raoul was elected to his first. Juul’s political action committee gave money to both campaigns. Racine accepted the $1,500 contribution from Juul, the maximum amount allowed by District of Columbia code. But Raoul refused the company’s $3,000 donation because it conflicted with his professional responsibilities and personal views, according to Hanah Jubeh, a spokeswoman for Raoul’s campaign.