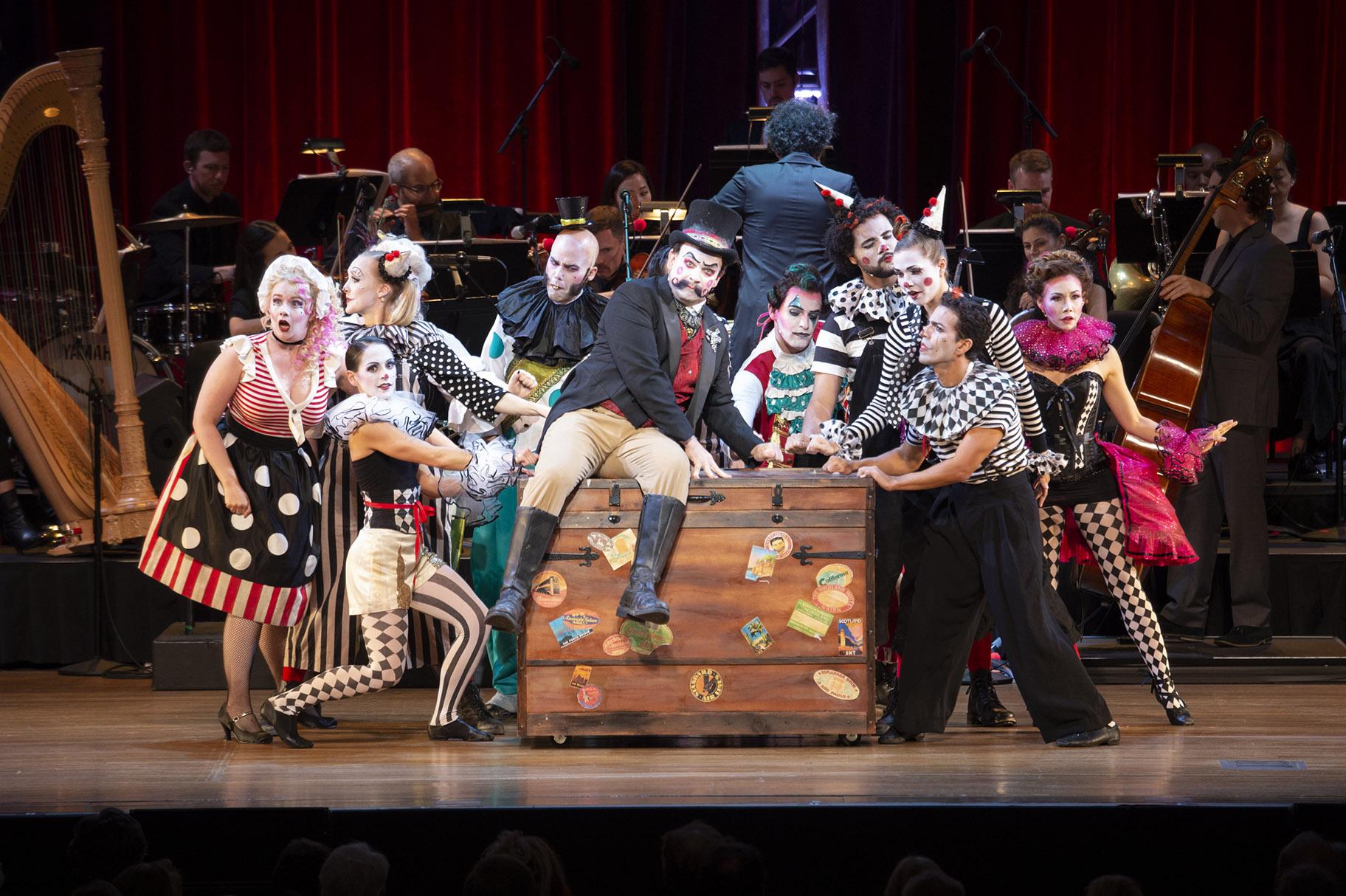 With Wednesday evening’s altogether sublime production of “Candide (or Optimism),” the Ravinia Festival brought its panoramic two-season-long celebration of the 100th anniversary of Leonard Bernstein’s birth to an ideal close. And to borrow a phrase from Voltaire, the French philosopher whose 1759 satirical novel is the source of the comic operetta, it has been “the best of all possible” tributes.

But first, a bit of history: Despite the dazzling pedigrees of those who created the original show (in addition to Bernstein there was librettist Lillian Hellman and genius lyricists Richard Wilbur, Dorothy Parker, John Latouche, Stephen Sondheim and others) the 1956 Broadway premiere of “Candide” was a box office flop. Ahead of its time? Too brainy or too political? Better fitted to an opera house? Who knows.

But in 1973, with a revised libretto by Hugh Wheeler, the tide began to turn. And since then, the show, with its large cast and formidable musical demands (and using the sparkling version devised for a 1989 Scottish Opera production), is frequently performed on both theater and opera stages.

Without question its story – a crazy mix of man-made and natural calamities and self-delusion – seems custom-made for this moment in time. And director Alison Moritz, choreographer John Heginbotham and conductor Eric Jacobsen (leading the superb New York chamber orchestra known as The Knights), collaborated to create an absurdist circus world that is part sophisticated commedia dell’arte and part Monty Python in its comic style. 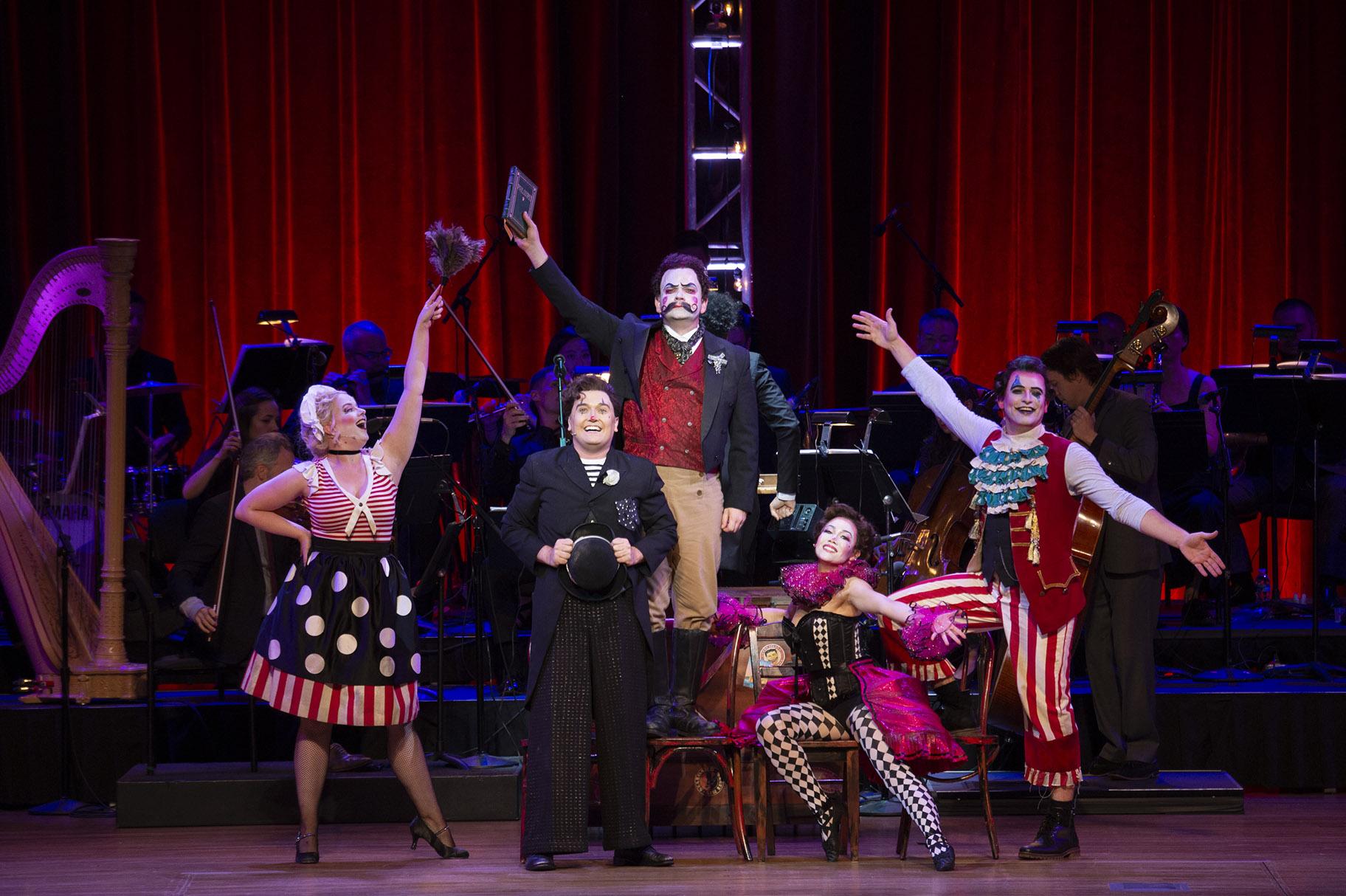 “Candide” chronicles the hard-won education of its title character, a hapless young man inculcated with the philosophy of blind optimism taught by his tutor, Dr. Pangloss, who promulgates the notion that “since this is the only possible world it follows that this is the best of all possible worlds.” And, according to Pangloss, there is a reason for everything (including war and syphilis) under the sun.

A naive fellow of illegitimate birth, who happens to be the nephew of the German Baron of Westphalia, Candide is sent into exile after announcing he wants to marry Cunegonde, the Baron’s beautiful but shallow daughter. As he finds himself catapulted into every corner of the globe – both Old World and New World – and is subjected to nonstop catastrophe, he is exposed to the most brutal violence, injustice, corruption, hypocrisy, disease, inequality, greed and betrayal imaginable – all of it suggested with a certain droll, tongue-in-cheek sense of horror. And in the process, this simple soul, who believes in true love and the simple pleasures of life, experiences the true nature of the world.

Cunegonde, whose beauty and upper-class upbringing have infused her with a love of luxury, doesn’t have it all that much easier. Initially a victim of war, she spends years surviving as a courtesan, serving the whims of powerful men in one country after another. Along the way, both she and Candide are stripped of their illusions, but ultimately they come together – scarred, yet wiser about the ways of the world, and ready to “make their garden grow.” 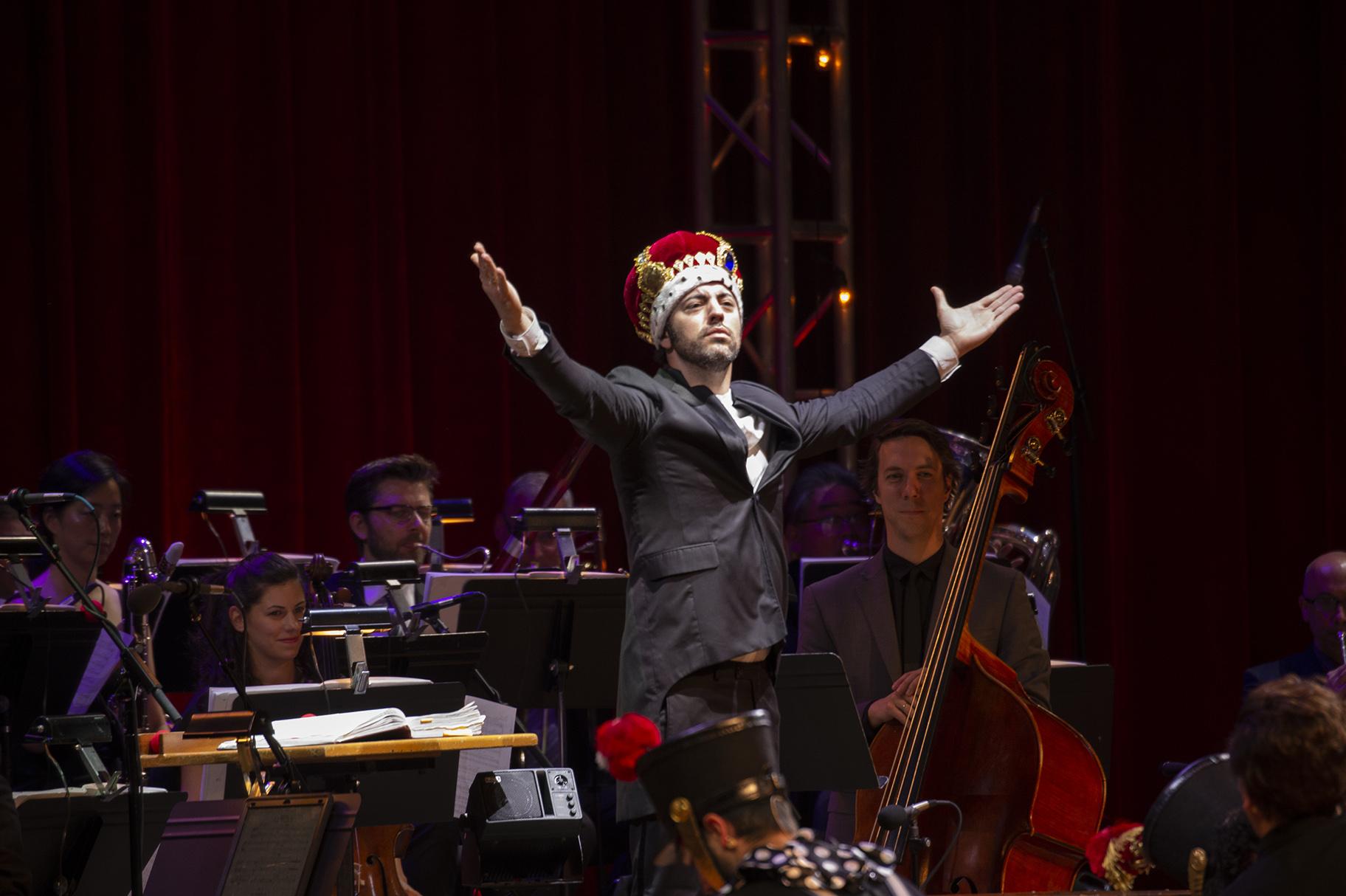 This was an exceedingly elaborate production for what was a one-night-only event, and it brought together performers fully at ease with the show’s demonically difficult score and wildly witty lyrics.

Throughout, tenor Miles Mykkanen’s plaintive voice beautifully captured the innocence and pain of Candide. And Sharleen Joynt, a petite beauty with a glorious coloratura soprano voice, delivered a knockout performance of the killer aria “Glitter and Be Gay,” and danced her way through the show in a remarkably effortless way.

But everyone involved seemed to be having fun. This included Margaret Gawrysiak as the “easily assimilated” Old  Lady who accompanies Cunegonde and relates her own long history of misery (including the loss of one buttock); Evan Jones as the blithely deluded Pangloss; Alexander Elliott as Maximilian, Cunegonde’s impossibly narcissistic brother (and others); Alex Mansoori as a variety of devious powerbrokers; and Sarah Larsen as Paquette, the free-wheeling maid from the Baron’s household. 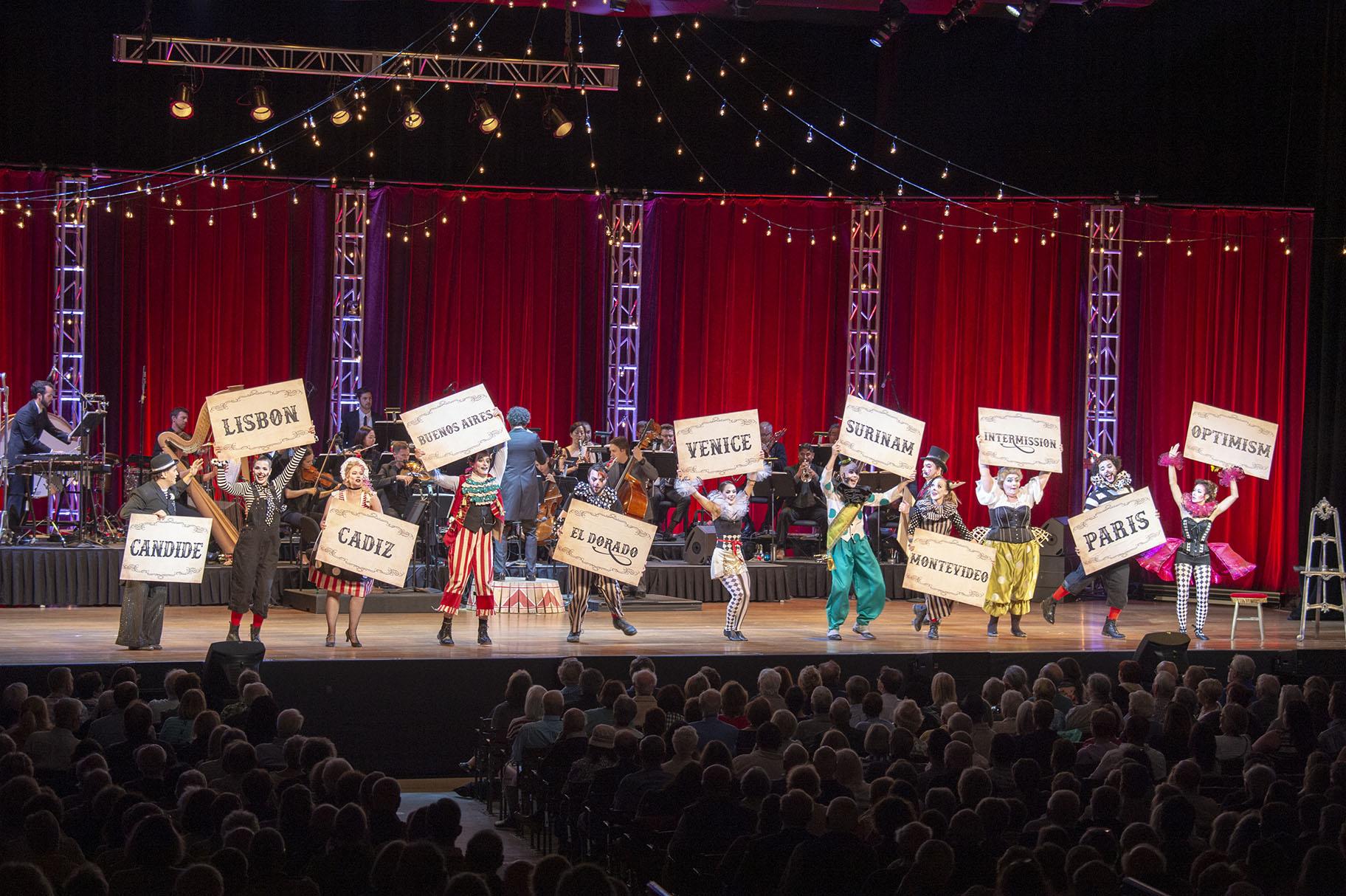 Linking the show’s ever-shifting scenes were two dancers (the charming Courtney Lopes, and her partner, John Eirich), as well as a lush-voiced ensemble of four, with playfully displayed title cards displayed to identify each of the many cities the characters passed through. The two video screens on either side of the Ravinia Pavilion not only allowed for close-up views of the actors’ faces, but supplied subtitles of the rapid-fire, impossibly clever lyrics. And there was added pizzazz from the red velvet curtains and sparkling lights of Aaron Copp’s set, Amanda Seymour’s vivid costumes and the subtly exaggerated wigs and makeup by Tommy Kurzman.

As for The Knights, the onstage orchestra, they were simply stellar, with Jacobsen, their tall, lanky conductor with a zany personality and a wonderfully wild head of hair, easily in line for best comic cameo.

To borrow from another song title: “Happiness Indeed.”