The raids were to have started Sunday and last for a few weeks. But there has been no sign yet of a beefed-up presence from Immigration and Customs Enforcement agents, at least not in Chicago. Nonetheless, several immigrants’ rights groups and concerned citizens are trying to combat the fear those threats have caused.

Reyna Wences spent the day checking on residents in the Little Village neighborhood. She says neighbors called her group, Organized Communities Against Deportations, regarding a suspicious unmarked car in their block, worried it might be an undercover ICE agent.

“People are going door-to-door and doing rounds to see if there’s been anything suspicious and checking with the cars to see what they’re here for,” Wences said.

As it turns out, the car was a security vehicle for ComEd, watching over utility crews doing work on the street. Wences says the deportation threats have resulted in a flood of calls to immigrant rights organizations like hers from anxious residents. She says workers and volunteers are there to assuage their concerns.

Nearby, on a typically bustling strip of 26th Street, businesses are reporting less-than-normal activity. Shoppers are apparently deciding to stay home.

“Twenty-sixth street is an economic engine, not just for the Latino community, but for the entire city of Chicago,” said 22nd Ward Ald. Michael Rodriguez. “People in our neighborhood, if they feel unsafe, our economy suffers.” 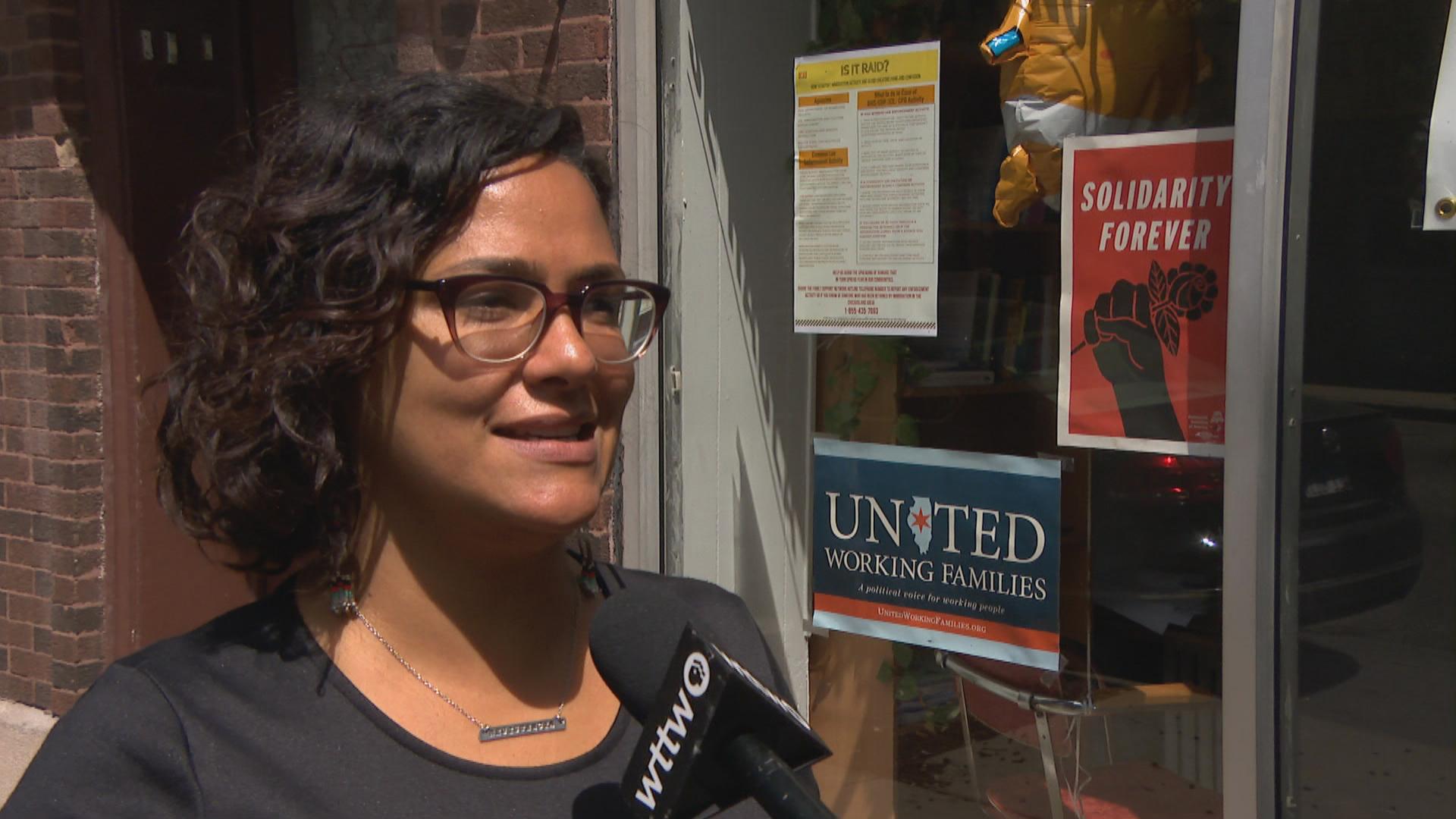 It was also quiet in the North Side neighborhood of Albany Park. Ald.  Rossana Rodriguez Sanchez, 33rd Ward, says around 160 volunteers were mobilized to respond to ICE raids that never materialized Sunday. She says she worries that ICE may be trying to lull residents into a false sense of security.

“We’re not going to let our guard down. I think there might be a strategy of keeping people on edge, exhausting them,” Rodriguez Sanchez said. “They might show up in the next few weeks, so we will stay prepared.”

U.S. Sen. Dick Durbin wonders if Trump is just playing politics to fire up his supporters without any plan to actually follow through on his treats.

“His get-tough threats are just red meat to his base,” Durbin said. “He feeds them regularly with these bluffs and all these threats. He’s covered regularly by the news media because he’s the president of the United States, but many times he just backs off.”

Empty threat or not, Chicago Mayor Lori Lightfoot wrote an open letter to Trump that was published in the Washington Post. In her op-ed, Lightfoot tells Trump his actions on immigration aren’t working:

“The threats and realities of stepped-up enforcement have not had the deterrent effect you intended, because the people you are targeting are not actually the problem. They came to the United States in search of a better life, free from violence, crushing poverty and oppressive governments that restrict their basic rights.”

“We need a signed executive order and most importantly, we need to pass legislation to close the sanctuary city loopholes so that we have a safe and welcoming city for all,” she said.

Rodriguez Sanchez says those ordinances would include eliminating the city’s gang database altogether, because she says it has become a dangerous tool of racial profiling.

The Week in Review: Chicago Braces for ICE Raids