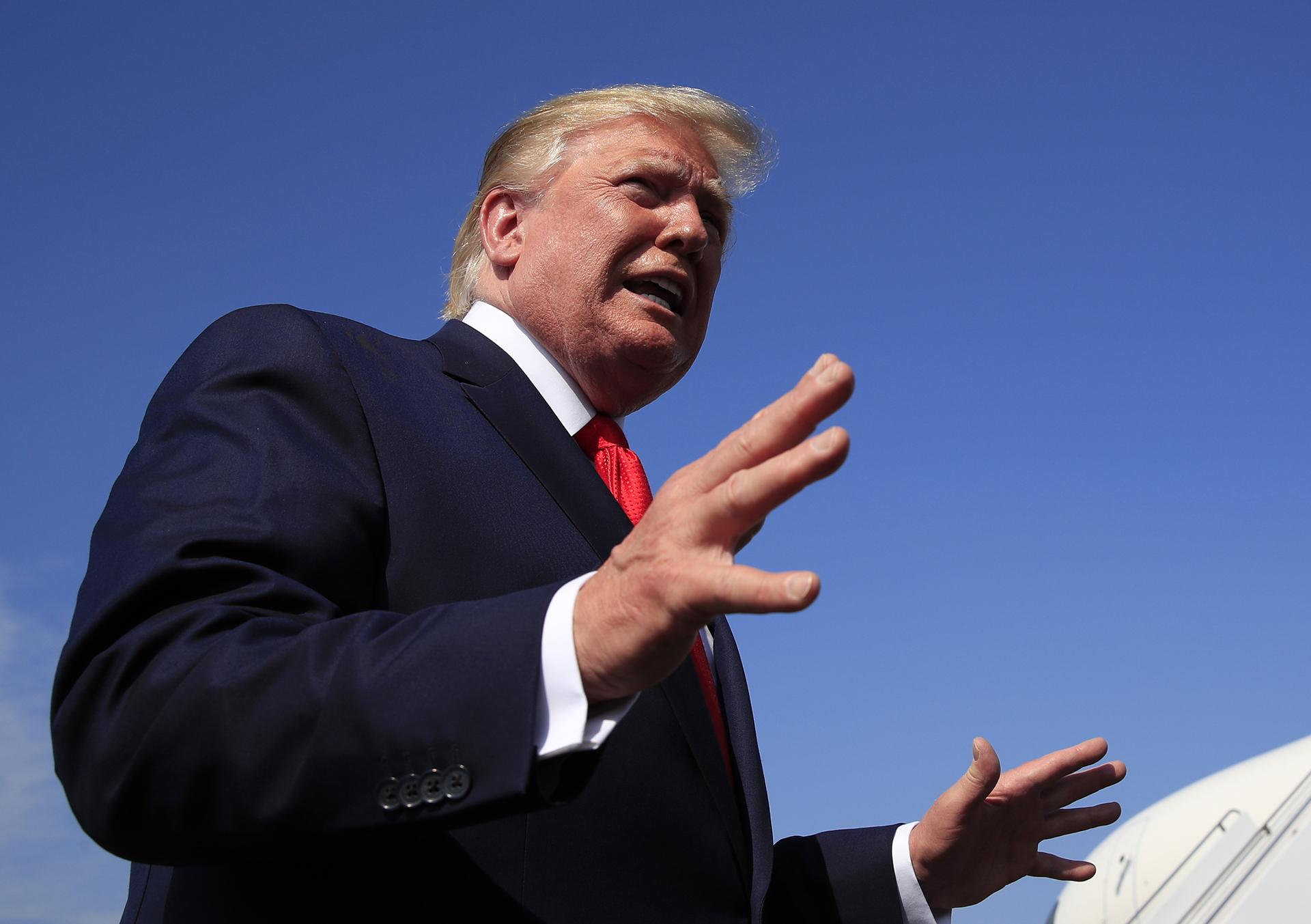 CHICAGO (AP) — The Trump administration is moving forward with a nationwide immigration enforcement operation this weekend targeting migrant families, despite loud opposition from Democrats and questions over whether it’s the best use of resources given the crisis at the border.

The operation had been postponed by President Donald Trump late last month and would target people with final deportation orders, including families whose immigration cases were fast-tracked by judges in 10 major cities, including Chicago, Los Angeles, New York and Miami.

It has sparked outrage and concern among immigrant-rights advocates and lawmakers.

“Our communities have been in constant fear,” Estela Vara, a Chicago-area organizer said Thursday at a rally outside the city’s Immigration and Custom Enforcement offices where some activists chanted “Immigration Not Deportation!”

The sweep remains in flux and could begin this weekend or later, according to two administration officials, who were not authorized to discuss the matter publicly and spoke on condition of anonymity. Still, the American Civil Liberties Union pre-emptively filed a lawsuit Thursday in an attempt to protect asylum seekers.

Meanwhile, activists ramped up efforts to prepare by bolstering know-your-rights pocket guides, circulating information about hotlines and planning public demonstrations. Vigils outside of detention centers and other hundreds of locations nationwide were set for Friday evening, to be followed by protests Saturday in Miami and Chicago.

The operation is similar to ones conducted regularly since 2003 that often produce hundreds of arrests. It is slightly unusual to target families, as opposed to immigrants with criminal histories, but it’s not unprecedented. The Obama and Trump administrations have targeted families in previous operations.

But this latest effort is notable because of the politics swirling around it.

Trump announced on Twitter last month that the sweep would mark the beginning of a push to deport millions of people who are in the country illegally, a near-impossibility given the limited resources of ICE, which makes the arrests and carries out deportation orders.

Then he abruptly canceled the operation after a phone call with House Speaker Nancy Pelosi, a California Democrat, while lawmakers worked to pass a $4.6 billion border aid package . Plus, details had leaked, and authorities worried about the safety of ICE officers.

The agency said in a statement that it would not discuss specifics about enforcement operations.

“As always, ICE prioritizes the arrest and removal of unlawfully present aliens who pose a threat to national security, public safety and border security,” according to the statement.

Trump started hinting anew in recent days that more removals were coming. He said last weekend they would be starting “fairly soon.”

“Well, I don’t call them raids,” he said. “I say they came in illegally and we’re bringing them out legally.”

Ken Cuccinelli, the new head of Citizenship and Immigration Services, told CNN on Wednesday that the raids were “absolutely going to happen.”

Pelosi said she hoped the administration would reconsider. “Families belong together,” she said.

The administration has been straining to manage a border crisis, and some officials believe flashy shows of force in deporting families would deter others migrants from coming. But others have criticized any move that draws resources away from the border at a time when the Border Patrol is detaining four times the number of people it can hold. Also, a watchdog report found filthy, potentially dangerous conditions at some stations.

Democratic Rep. Pramila Jayapal of Washington state, co-chair of the Congressional Progressive Caucus and a former immigrant advocate, accused the administration of showing a “willingness to be cruel at every turn. It sickens me that this is this is the United States of America. We are so much better than this.”

House Minority Leader Rep. Kevin McCarthy, a California Republican, blamed Pelosi for the raids, saying she had done “nothing” since they were delayed. “It is the speaker who caused this problem,” he said.

He said Trump would have postponed the raids again if he saw progress in House.

Operations in New Orleans were put on hold due to severe weather. The city tweeted that it confirmed with ICE that enforcement would be suspended through the weekend as the region braced for the first hurricane of the season.

Some activists said they were gearing up for operations to start Sunday and planned to protest. Organizers estimated a rally planned for Saturday in Chicago would draw around 10,000 people.

“We will not be swayed by fear and fiat,” said Justin Valas with Asian Americans Advancing Justice in Chicago.

The ACLU lawsuit, filed in federal court in New York, argued that thousands of migrants fleeing violence in El Salvador, Guatemala and Honduras, were not allowed a fair chance to request asylum due but were still ordered removed from the country. They are asking that those individuals get another hearing.

Others said they were skeptical that Trump would follow through on the threat.

Advocates have ramped up know-your-rights training since Trump took office, reminding immigrants, regardless of their immigration status, about their right to remain silent and to ask authorities for proper paperwork.

They have also explained that immigrants can often avoid arrest simply by not opening doors to agents, who need permission to enter private homes. That has forced ICE officers to wait outside courthouses and other public places to make arrests.

“We don’t want to alarm folks, but we want to alert folks,” said Melissa Taveras of the Florida Immigrant Coalition.